Cabernet Sauvignon - The world's most popular red wine grape is a natural cross between Cabernet Franc and Sauvignon Blanc from Bordeaux, France. 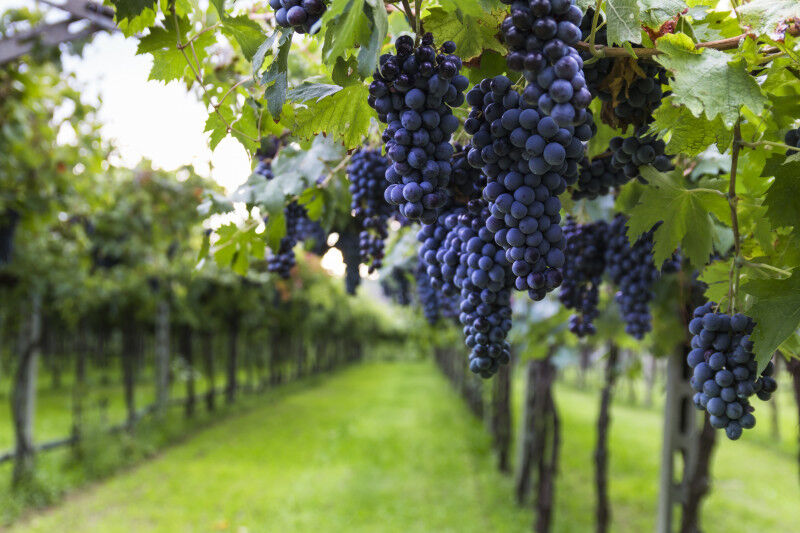 Powerful, well-structured, and bursting with black fruit, Cabernet Sauvignon has long been one of the world’s most popular wines. It works as both a single varietal wine and blend where it adds tannic and acidic structure.

Cabernet is a versatile cultivar. In warm, fertile regions, it’s made into fruity-forward, high-volume wines made for easy drinking. At the other end of the spectrum, it makes some of the most complex and highly-prized wines in the world. Examples of these include Bordeaux Left Bank cru classés, Napa Valley wines, and the Super Tuscans of Bolgheri. In Italy, Cabernet is one of the black grapes permitted in Chianti DOCG blends. 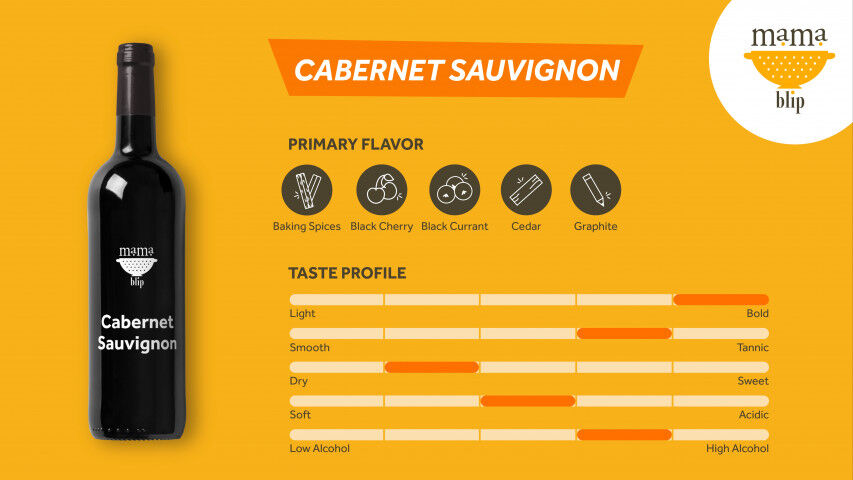 Is Cabernet Sauvignon dry or sweet?

What is the style of Cabernet Sauvignon?

Cabernet is suited to dry wine styles. Sometimes these are vinified for early drinking such as an inexpensive bottle from Chile’s Central Valley. This kind of style is vinified with an emphasis on bright fruit and is released from the winery right away for early consumption.

Whether high-end or early-drinking, the Cabernet Sauvignon grape has all the components to work in both blends and as a varietal wine. 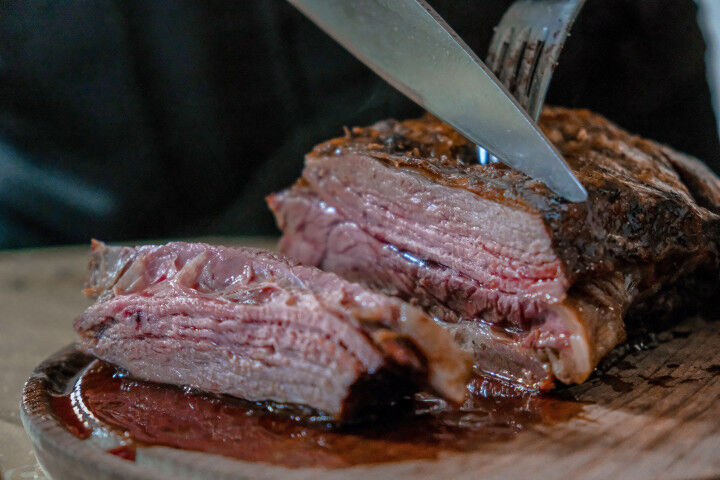 Classic Cabernet Sauvignon is known for its concentrated black fruit, high alcohol, tannins, and acidity. This last component makes Cabernet great to pair with fatty foods. Early-drinking styles have a medium body while top-tier Cabernet is full-bodied. Aged wines can feature cedar, vanilla, tobacco, leather, and toast. The fuller the body, the more powerful dishes have to be to match the wine. Avoid sweet (except dark chocolate) and spicy food with Cabernet Sauvignon as these mask fruit and highlight astringency (tannins).

With these components in mind, Cabernet Sauvignon is an excellent match for the following dishes: 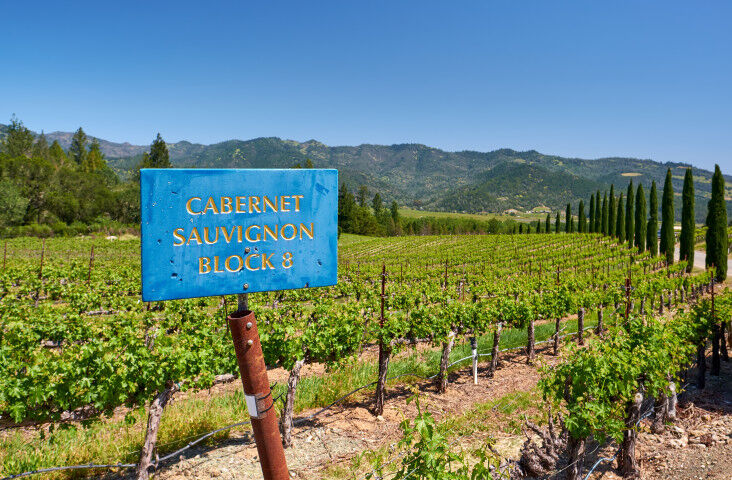 What Are the Best Cabernet Sauvignon Regions?

Internationally, Bordeaux is the benchmark region for Cabernet production. Elsewhere in France, this grape grows in the warm Languedoc.

Inspired by the quality of the best Bordeaux Cabernets, top-tier wines are found across the New World in California’s Napa Valley, Stellenbosch in South Africa, Coonawarra and Margaret River in Australia, Colchagua Valley in Chile, and Hawke’s Bay in New Zealand.

What country is known for Cabernet Sauvignon?

Cabernet Sauvignon is one of the classic varieties from the Bordeaux region where it dominates in Left Bank blends. Its parents are Sauvignon Blanc and Cabernet Franc, each grapes with important roles in Bordeaux winemaking.

It has similar characteristics to its parents. Like Cabernet Franc, it appreciates warm, well-drained soils. Similar to Sauvignon Blanc, Cabernet displays unpleasant vegetal notes if it fails to ripen fully.

While Bordeaux remains the gold standard for Cabernet Sauvignon, vintners across New World regions produce fine varietal wines and blends in easy-drinking and premium styles from this cultivar. 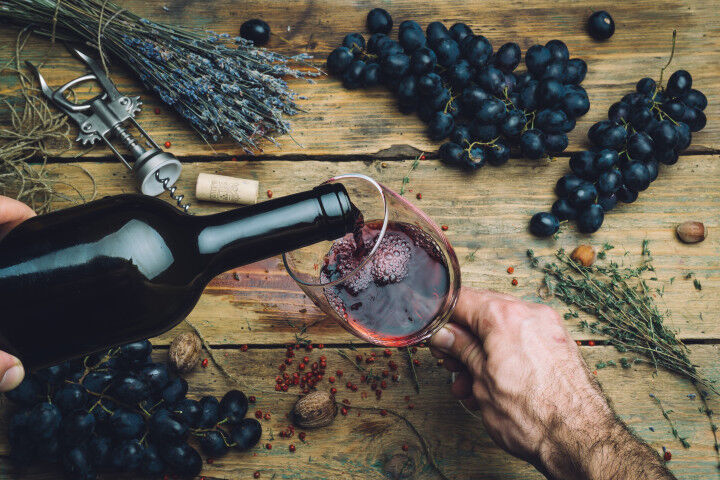 What kind of wine is similar to Cabernet Sauvignon?