What is Nebbiolo wine? The King of Piedmont's Wine Grapes, Italy

What is Nebbiolo? Nebbiolo – the grape behind Barolo and Barbaresco – is famous for its distinctive scent, its aggressive tannins, and its evocative, brick red color Within just a few years of vintage, Nebbiolo wines begin fading to a beautiful brick orange 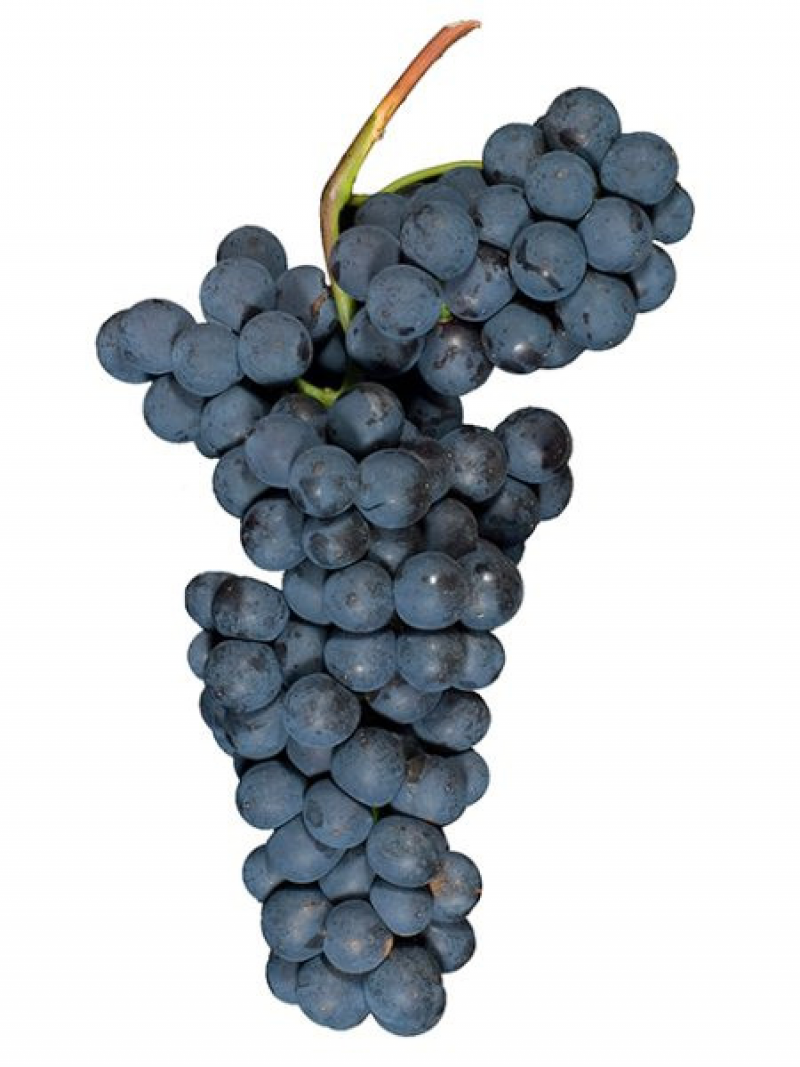 What is Nebbiolo wine?

Arguably Italy’s most prestigious grape, Nebbiolo produces premium red wines across the Piemonte region, notably in Barolo and Barbaresco. It could be said that, in terms of finesse and prestige, Nebbiolo is to Piemonte and Italy, what Pinot Noir is to Burgundy. 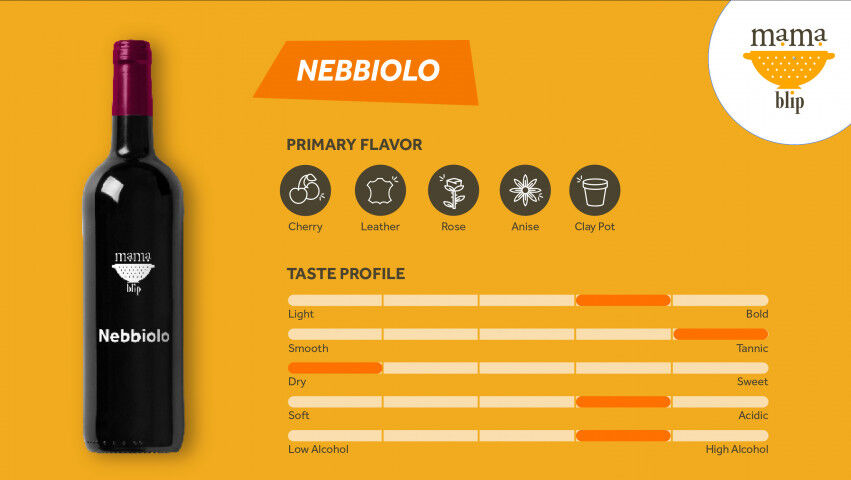 This iconic cultivar is an early budder and late ripener. As such, it requires consistent sunshine to reach optimal ripeness in time for harvest.

There are three main types of Nebbiolo: Lampia (considered the original, authentic Nebbiolo), Michet (a premium version of Lampia), and Rosé (related to Lampia but more aromatic and a lighter color).

A thick-skinned grape packed with tannins, Nebbiolo produces surprisingly lightly-colored wines. It primarily grows in Piemonte where its most prestigious appellations are Barolo DOCG and Barbaresco DOCG. Wines from these appellations are at the higher end of the price scale but there are entry-level expressions of Nebbiolo with plenty to offer.

Among winemakers and wine lovers, Nebbiolo has a similar status as the iconic Burgundian grape, Pinot Noir. Nebbiolo doesn’t migrate well (which is why most is found in its native Piemonte) and, like Pinot Noir, it’s difficult to grow. In spite of this, inspired and ambitious vintners in Australia and the US have boldly tried their hands at producing wines from this grape.

In total, Nebbiolo appears in around 30 Italian appellations.

Nebbiolo is known for being terroir-expressive (another characteristic it shares with Pinot Noir).

What are some Nebbiolo wines?

This variety produces dry red and rosé wines. In Langhe DOC in Piemonte, there are also rare sweeter styles 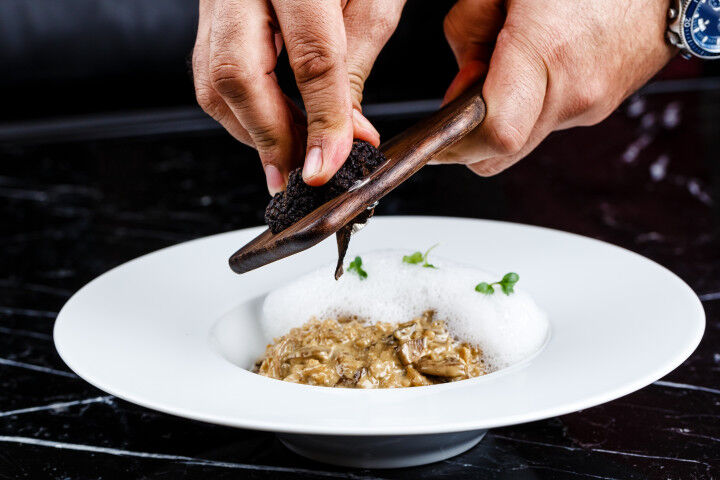 The best food & flavours to pair with Nebbiolo

Nebbiolo is aromatic with bright red cherry, a full-body, high acidity, and a tannic profile. Its acidity makes it ideal for fatty dishes or recipes featuring tomatoes. Its tannins mean it pairs well with protein-rich food like meats and cheeses. It also has high alcohol. The robust and complex structure of Nebbiolo wines means you need to pair them with equally powerful dishes. The following suggestions provide an excellent starting point: 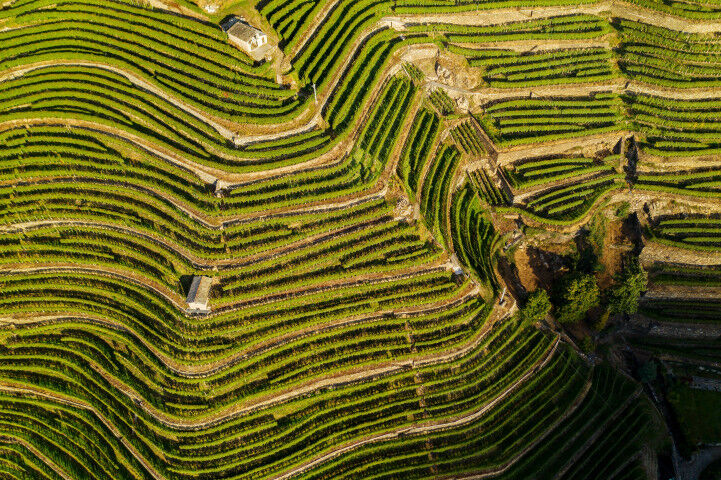 Which denominations make wine only from Nebbiolo?

Where Nebbiolo is born?

Nebbiolo is an old cultivar that first appeared in wine records in the 1200s. Its name is said to come from the local word for “fog” because of the misty bloom on its skin. Some researchers think the name is connected to the word for “noble”, reflecting Nebbiolo’s premium status.

A 2004 DNA study showed that Nebbiolo is related to both Freisa, another Piemonte variety, and Viognier from Rhône Valley in France. 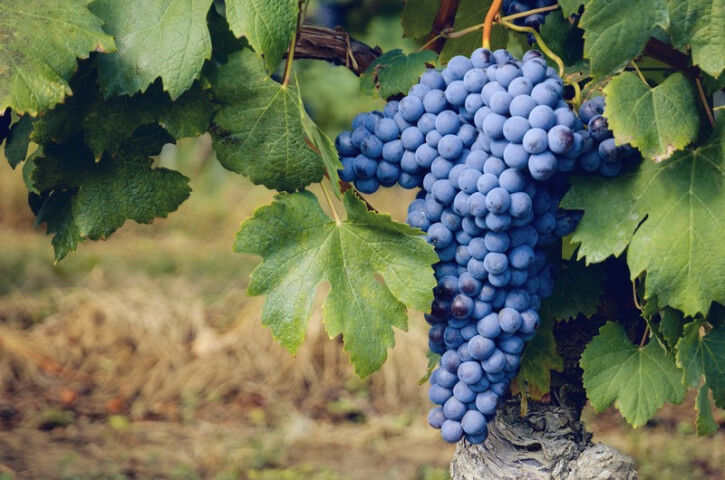 How is Nebbiolo made?

In Piemonte, there are only DOCs and DOCGs and their correspondingly stringent production regulations.

One of the most important of Nebbiolo’s features that winemakers have to manage in the winery is its powerful tannic structure. In order to temper the grape’s naturally harsh tannins, vintners use gentle extraction methods. The result is maturation time in oak is shorter (formerly, high tannins necessitated this went on for several years). For example Barolo ages for three years half of which is in oak while Barbaresco matures for two years, nine months of which are in oak.

Rosé styles of Nebbiolo can be made through maceration and/ or pressing. The intensity depends on the color and flavor concentration the winemaker is aiming for.

What kind of wine is similar to Nebbiolo?