Roero: a great pleasure trip between wine and nature 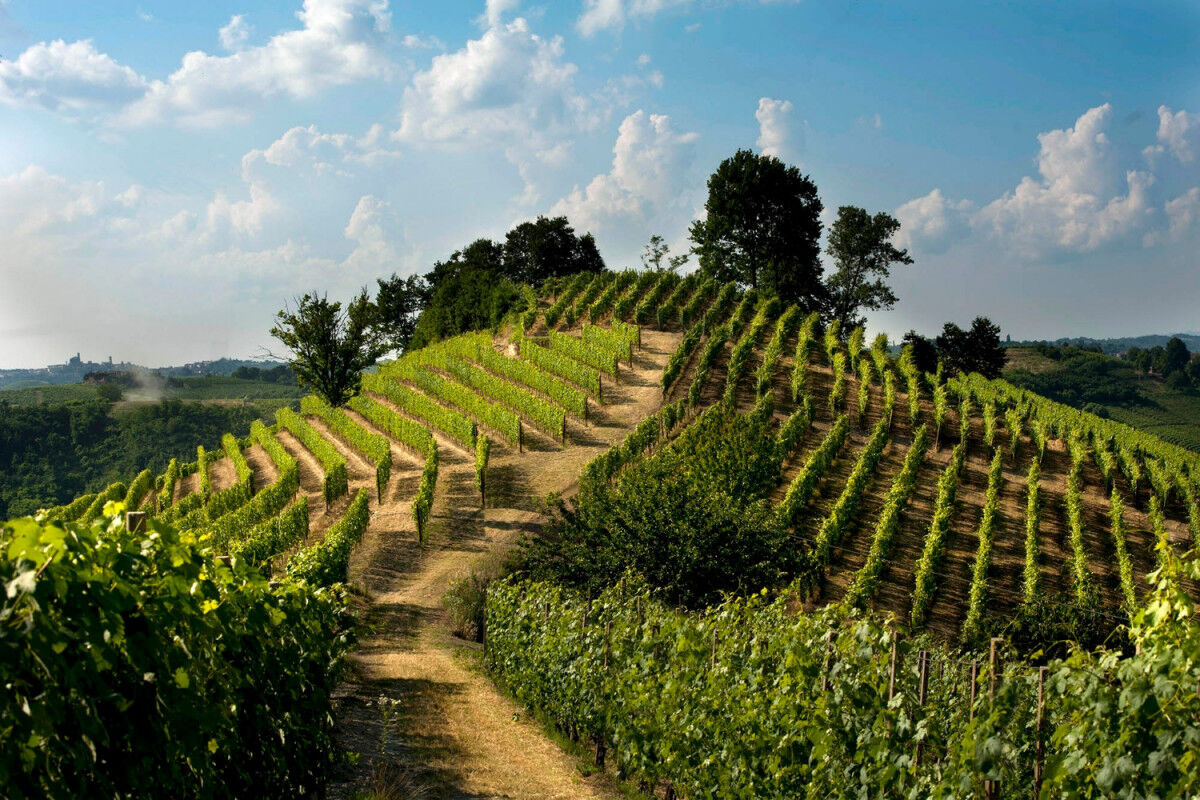 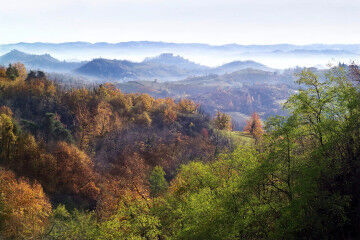 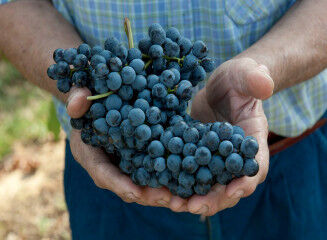 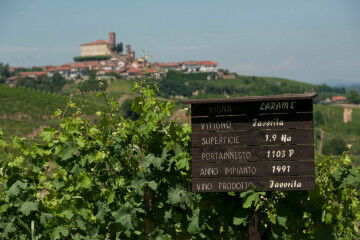 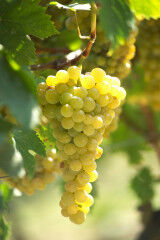 Over the past 10 years, the Langa area in Piedmont has revealed the existence of an equally fascinating neighboring area.  This partner land lies on the opposite bank of the river Tanaro, and features an ambiance brimming with passion.  At times, this area sometimes even surpasses the excitement of the nearby areas, demonstrating a more rugged, carefree and wild nature than that of their neighbors across the Tanaro River.

Yes, the Roero has developed into a most fascinating area, and has officially abandoned its former reputation as the Langa’s younger brother.  The Roero continues to find itself in the mouths of wine lovers and travel enthusiasts the world over, particularly assisted by the presence of its wines on dinner tables across the globe.  Its reputation instead as an increasingly precise location with a firm identity is garnering Roero admirers in droves.  Picturesque villages, castles filled with local history, imposing parish churches and sanctuaries leave a lasting mark on landscapes that present a striking tapestry of vineyards, orchards and local flora.

To get a closer look and truly appreciate one of Piedmont’s most “in touch” with nature’s areas, let’s head to the area between Pocapaglia and Montà, as far as Cisterna d’Asti.  Here, the landscapes are like no other, with the Rocche del Roero (the Roero rocks) taking center stage.

Typical countryside composition includes a long fracture of land marked by sheer rock walls and intriguing conical sand structures that change shape seemingly on a daily basis thanks to the effects of slow erosion.  These structures are graced with even more natural beauty thanks to the shadows they cast on the nearby rock walls, structures themselves rendered noteworthy thanks to their hues and colors, noticeable in any climate but particularly on days where the sun shines brightly.

The Roero area is also notable for its particular alternating appearance of natural basins and hollows, covered in the bottom of this valley by spectacular, uncontaminated, colorful vegetation, growing densely and spontaneously.  These different characteristics have proven to be a most ideal environment, demonstrated by the presence of the prized white truffle of Alba, which grows in this very habitat.

On the mountainous left side of the Tanaro River, we come across the emerging Roero wine appellation, although in reality, this wine region has been around for quite some time.  The area of course is more strongly associated with the Barolo and Barbaresco appellations, fine Piedmont wines that have until recently overshadowed the other appellation in Piedmont, but which are now gaining their just desserts and more deserved recognition.  To further accentuate the Roero appellation's need for differentiation, geologically this area has little in common with the more prominent area wine regions.

The viticultural methods practiced in Roero are ancient, dating all the way back to the 14th century.  For a surprisingly extensive amount of the time, the Roero wine region was not considered an autonomous wine region, and certainly wasn’t held to any position of wine prestige, with the wine community (both producers and consumers) relegating the Roero wine appellation to an borderline inconsequential status.  This was a most erroneous interpretation of the wine region's abilities, because with just a bit of research into cellar records of local noble and bourgeois families, the wines instead were highly regarded locally, produced with wine-making acumen and careful attention to details resulting in what was considered locally to be a fine wine.

The strong presence of marine fossils confirms that the Roero land is geologically younger than the Langhe lands.  The fossils indicate that the lands were indeed covered by the now-receded, seas for a longer period of time than its neighboring lands.  Like with many terrains, the Roero lands do present some variability, but can be summarized with the following description:  sand combined with limestone; sandstone and clay that together form the essential soil elements of terrain rich in potassium, calcium and phosphorus.

Additionally, the soft sandy texture of its plots makes the territory ideal for white grape varieties like the Arneis and Favorita varietals, just as the lower altitude of the hills with its substantially mild climate make it equally attractive for the ripening of various red grapes like Nebbiolo, Barbera, and Dolcetto.

TRADITIONAL WINES OF THE ROERO APPELLATION

Roero DOCG and Roero Arneis DOCG are both wines belonging to the sole appellation of this area, and it’s impossible to determine which wine can be crowned the leader of the pack.

Roero Arneis DOCG was an unknown factor even in Piedmont, gaining recognition only approximately 40 years ago.  Until that time, local winemakers preferred to use these white grapes with other local red Nebbiolo varietals in order to soften the grapes strong flavors.   Today, the wine’s most extraordinary accomplishment is the speed with which its established its place in global wine markets.  The creative marketing process of getting this wine out into the public was intelligently based on highlighting its inventive and genuine characteristics.  This was a smart move geared at getting the Piedmontese market aware of its local white wines, which until now had focused on other local wine types.

Today’s Arneis is no longer an oxidized, unpretentious version of itself any longer.  Now, the Arneis wine which so beautifully pairs with seafood and fish dishes, is resplendent with light straw-colored tones.  This wine is most deserving of the acclaim surrounding it, and features fresh, delicate aromas occasionally veering towards fruity sensations, and other times redolent of wild flowers, with a salty, dry taste.  Arneis is often identifiable thanks to a strong personality, an elegant structure, and pleasantly bitter persistence with almond and herbaceous notes.

Roero DOCG is almost always crafted from pure Nebbiolo grapes.  The sandy soils of siliceous clay give it a lightness of body and color compared to the mighty, imperious Nebbiolo grapes grown in neighboring Langa.

Roero DOCG wines are definitively less austere, with softer, fruitier and livelier flavors.  The Piedmontese wine is characterized by a classic yet not intense ruby-red tone, with aromas reminiscent of violet, raspberry, peach, a most valued fruit in the Piedmont region.   While some versions are more dense and concentrated, classic Roero DOCG wines are typically dry and edgy, which ultimately guarantee freshness and drinkability.

Today, the appellation is dominated by a group of mainly young, enthusiastic wine makers.  Their dedication and ambitions to further spread the knowledge of their wines is a pleasant reminder of the inclusivity and diversity of Piedmont’s wine producers.


Piedmont’s a terrific wine region, as you are surely discovering now.  For more wine regions and their noteworthy wines, be sure to check out Filippo Bartolotta’s, Mamablip’s Italian wine expert, exploration of select Italian wine regions.  Learning about Italian wines making you want to pair it with a classic Italian dish?  Check out the Mamablip Recipe Index for lots of tasty Italian dishes and our suggestions on perfect food and wine pairing options.  Mamablip’s also got the Wine selections covered for you - don’t miss our Favorite Wines selections! 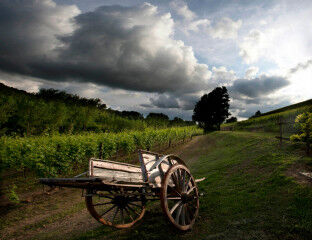 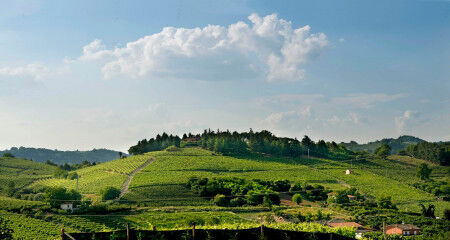 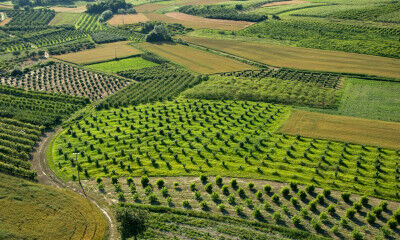 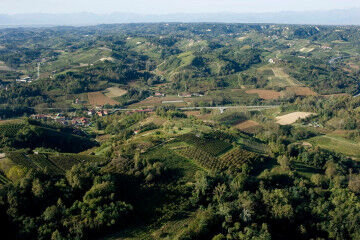 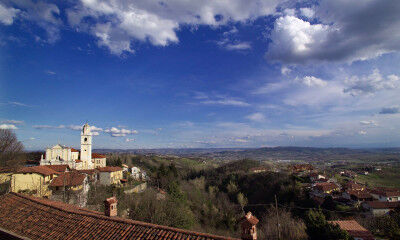