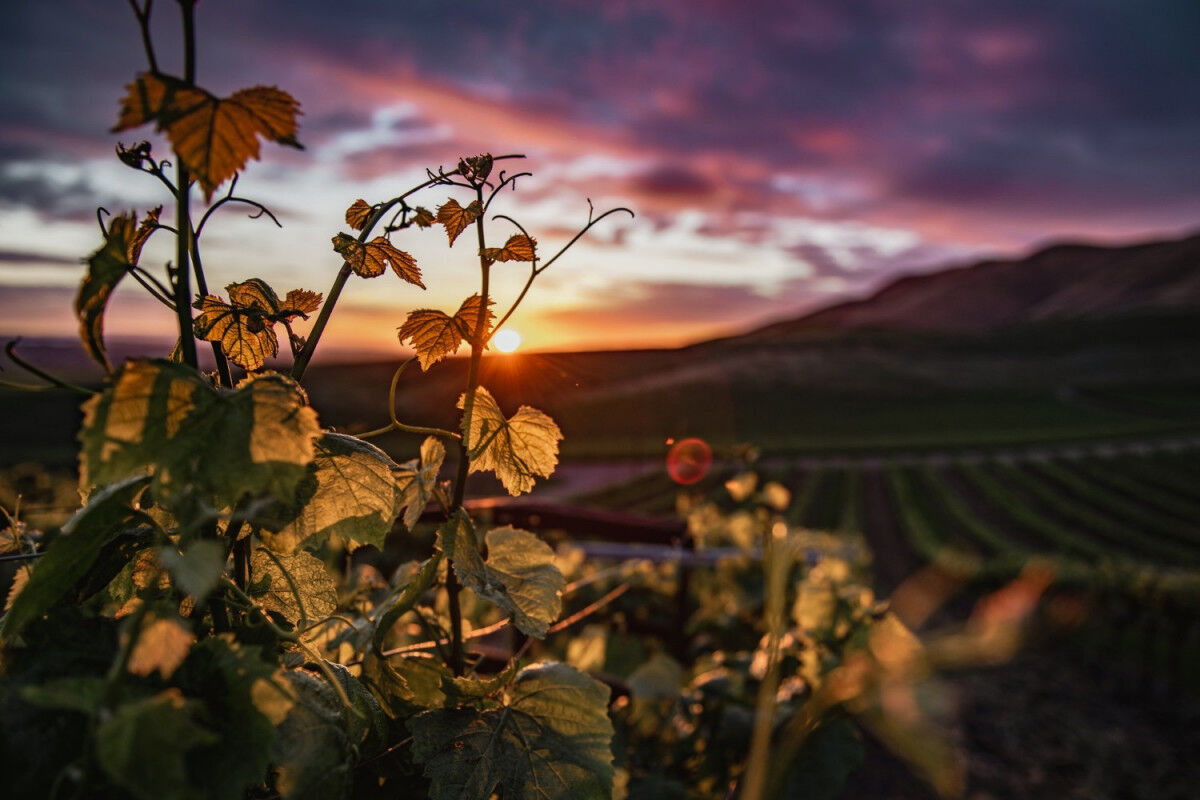 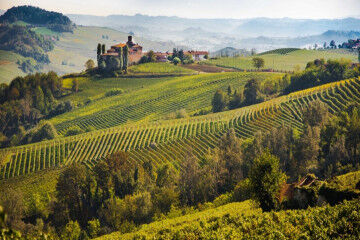 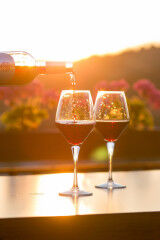 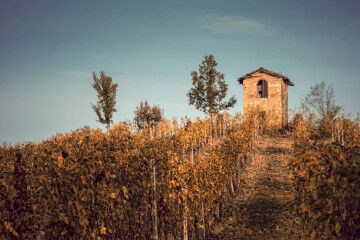 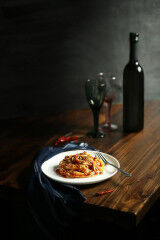 Piedmont, along with Tuscany, represents the pinnacle of contemporary Italian enology.  Although the country’s wine selections and proposals has genuinely increased over the last decades, these two dominant wine-producing regions, in particular the one “at the foot of the mountains,” have maintained their strong hold on the Italian wine production and offerings.

In the area near the western side of the Alps, the wines produced are indeed different, and as a consequence, those evaluating the wines are divided in two factions.  Great Piedmontese wines appear to be less easy-going, less fashionable, and less expressive of international characteristics. However, lest we forget, this is their strength, because they are, much more than in other areas, absolutely unique products.

Indeed, viticulture in Piedmont is always recognizable thanks to its development and growth in lands most suited to vineyard cultivation - spectacular rolling hills covering approximately 1/3rd of the region’s territory.

Monferrato is a wonderful example of these wine-producing regions, expressing a vast hilly plateau stretching from the Ligurian Apennines towards the Po River.  Monferrato is found to the north of the Langhe and Roero areas, with which it forms a golden triangle. The border between the two is not precise, nor is the difference in landscape precisely noticeable.

It is a land of highlands, of tidy vineyards on the ideal hillside slopes, of ancient villages favoring hillside pinnacles or sunny ridges to deep valleys.  Here, panoramas can vary from curve to curve along narrow and silent roads, and include panoramic vistas of the lands’ countless castles.

Some say Monferrato’s origins lie in the Latin Mons ferrax in reference to the land’s fertility, and others prefer an origin based in the legend of Aleremo, who shoes (in dialect “fra”) his horse with a brick (in dialect “mon).  Whatever your preference, Monferrato occupies a distinct and well-earned primary role in the world of Piedmontese and Italian wines.

THE RUCHE’ VINE AND ITS MYSTERIOUS ORIGINS

One of the area’s most mysterious grape varieties thanks to its uncertain origins, is certainly Ruché.  This vine is both Piedmontese in its birthplace and its current area of greatest concentration, which is limited to the region of Castagnole, and more marginally to other areas of Asti.  A popular theory behind the name Ruché is that it could derive from French, ”ruche,” meaning beehive.  Why beehive?  Thanks to the sweetness of the Ruché juice which attracts bees, and also because the Ruché vine is unlike any other semi-aromatic vine in the world, whose unmistakable character translates into a rose and spice-accented nectar.

The natural panorama indicating the natural border between the Monferrato of Asti and the Monferrato of Castagnole is an amphitheater of airy, verdant hills, from which the 4,000 meter peaks of the Alps proudly present themselves for our admiration.  A soil rich in marine sediments and sandstone, the terroir is mainly composed of calcareous marls and alkaline. The southernmost  lands are also composed of sands and light-dark silts.

The soil conformation has a natural southern-based slide, and happily, vines represents an effective prevention of this phenomenon.  Thanks to the vines roots, which naturally withhold soil and water storage, vines are able to assist in runoff and erosion prevention.  As we can see, the vines revel in their fundamental role within the territory as the "guardians" of the Monferrato environment.

Local folklore claims that peasants from Monferrato used to baptize their newborn babies with Ruché wine as well as water.  Ruché wine’s first believer was prophetically Don Giacomo Cauda, a stubborn yet humble winemaker and priest as well as a man of great talent and generosity.  Born in 1927, Cauda immediately grasped the Ruché vine’s delicate rose and berry scents.

It’s thanks to Cauda that we can now taste a wine with an intense, fragrant bouquet, that is harmonious, dry, and soft on the palate.  A "gastronomic" wine, Ruché is ideal with Asian or Mexican cuisine.  The wine particularly shines in classic Italian cuisine, where vegetal substances are used to aromatize and flavor foods.

Looking for more wine recs?  Check out the Mamablip video index for further wine ideas, including a comprehensive tasting of the Brunello di Montalcino select vintages with Filippo Bartolotta.  You won't be disappointed with this amazing option!

Stay tuned and sign up below for Mamablip's Newsletter. Stay on top of all the Mamablip secrets in the kitchen and wine cellars that you won't want to miss!