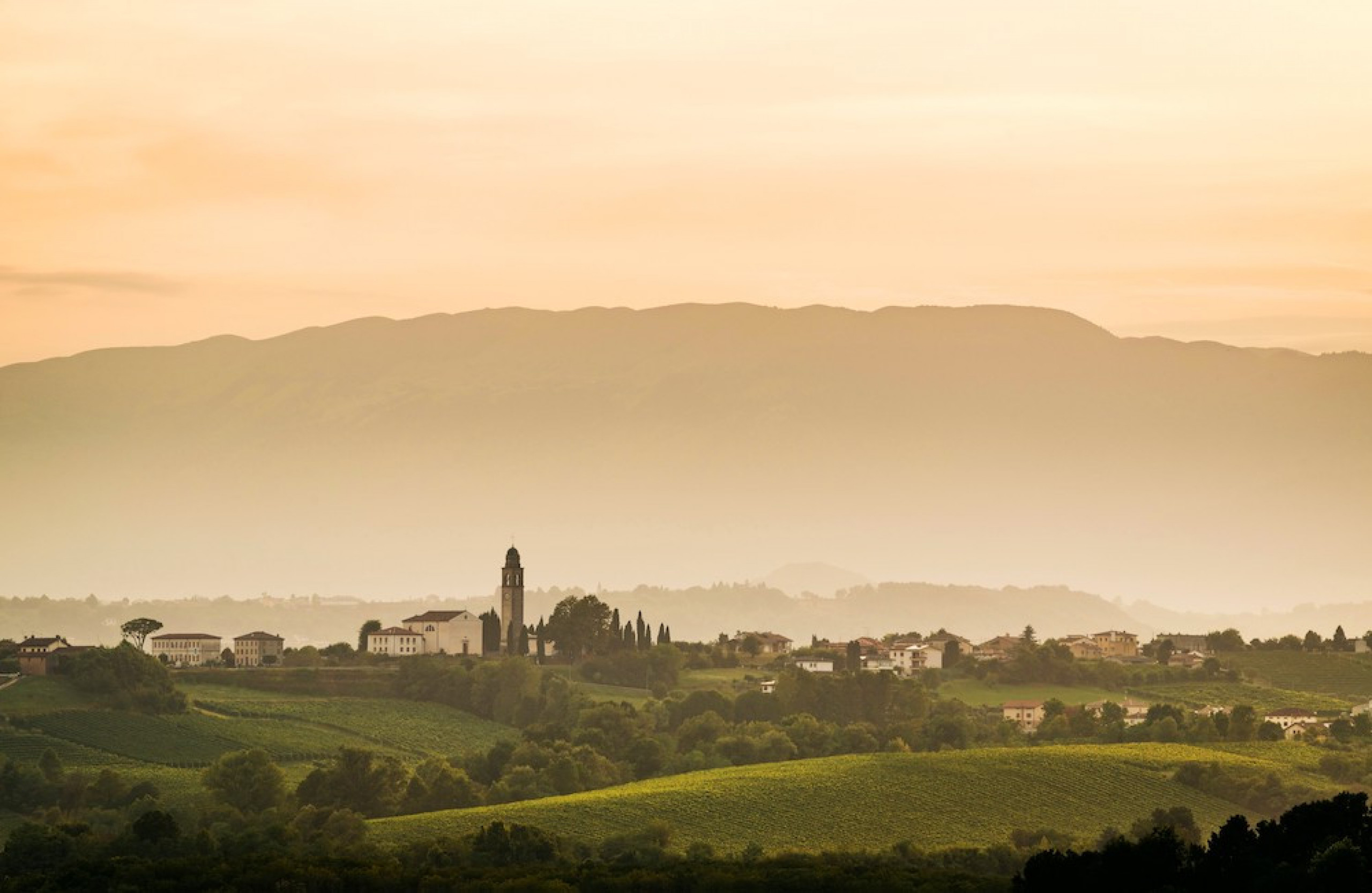 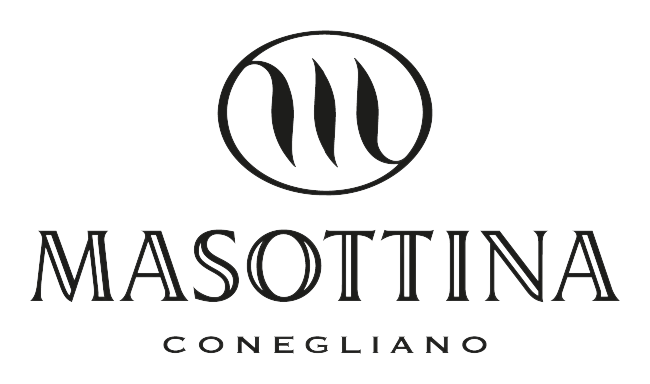 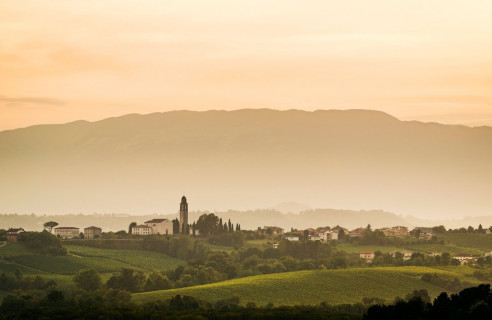 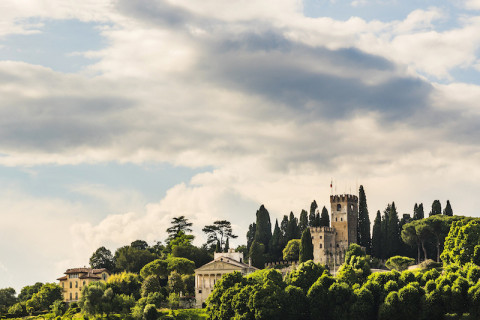 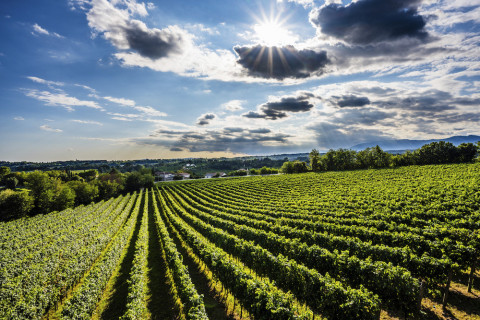 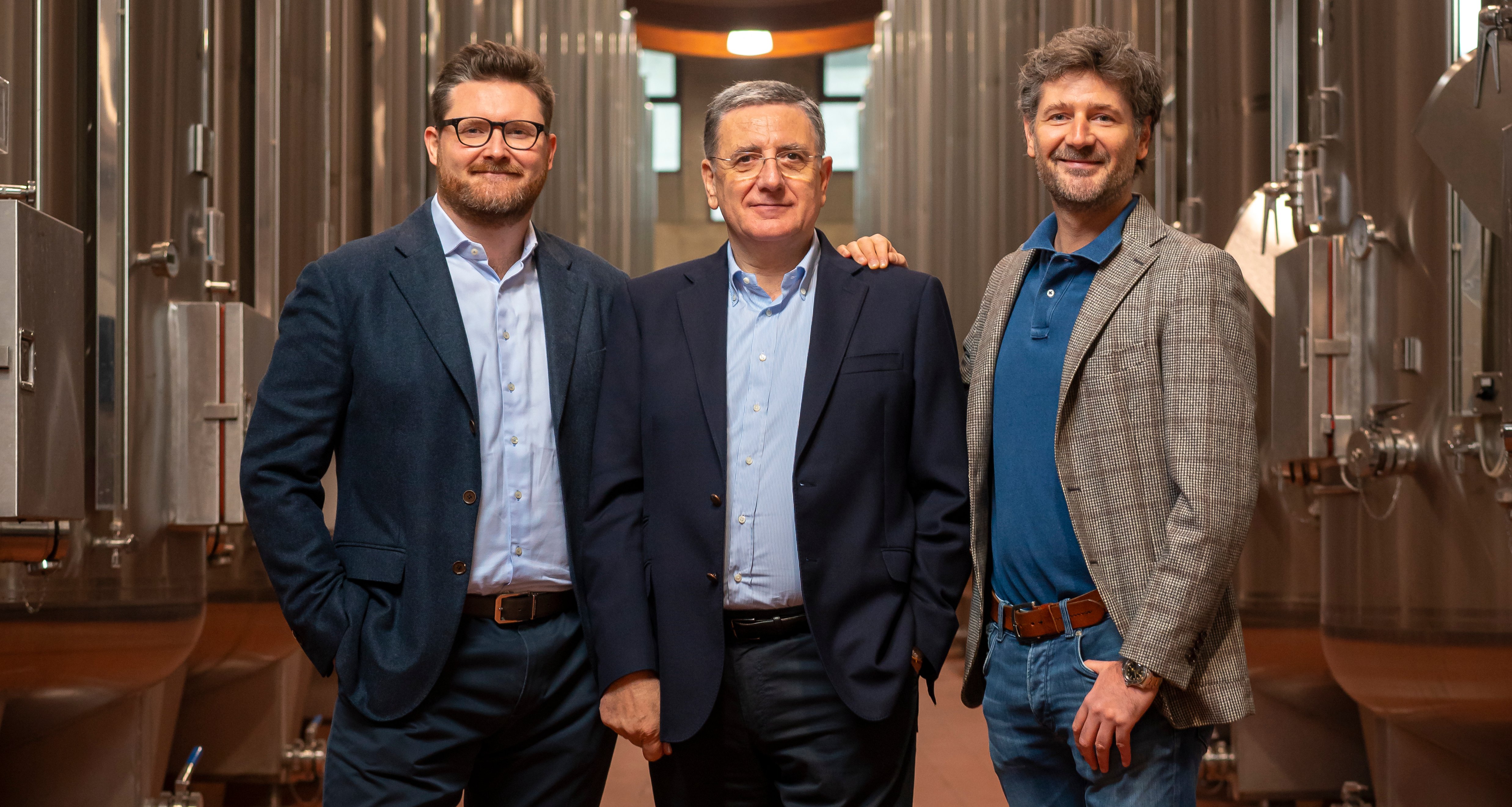 Masottina is the historical brand of the Dal Bianco Family, born and raised in the hills of Conegliano Valdobbiadene Prosecco Superiore. The area was declared in 2019 as Unesco's heritage.
Everything started in 1946, when grandfather Epifanio acquired the Ai Palazzi estate in Gorgo al Monticano.
A vineyard of 5 hectares (5 acres) where on the front of the farmhouse is written MASOTTINA, from which the name of the winery is derived. It will be Adriano, the first son in law, to give new impulse to the winery. After having studied enology at the ancient and prestigious School of Oenology of Conegliano, he started to invest year after year in the best technologies in order to create a wine with an unmistakable style and of great quality consistency. Together with his brothers he also dedicates himself to the enlargement of the vineyards, investing in a significant way in the area of Ogliano, where they now run about 20% of the whole vineyard and where in the center of the property they create a vinification cellar, unique in the Prosecco wines area, where Masottina wines are vinified. Today the winery is led by Adriano and his sons Filippo in the role of Sales Director and Federico in the role of Vice President.
At their side there are also Edoardo and his wife Franca, who manage the administrative office. 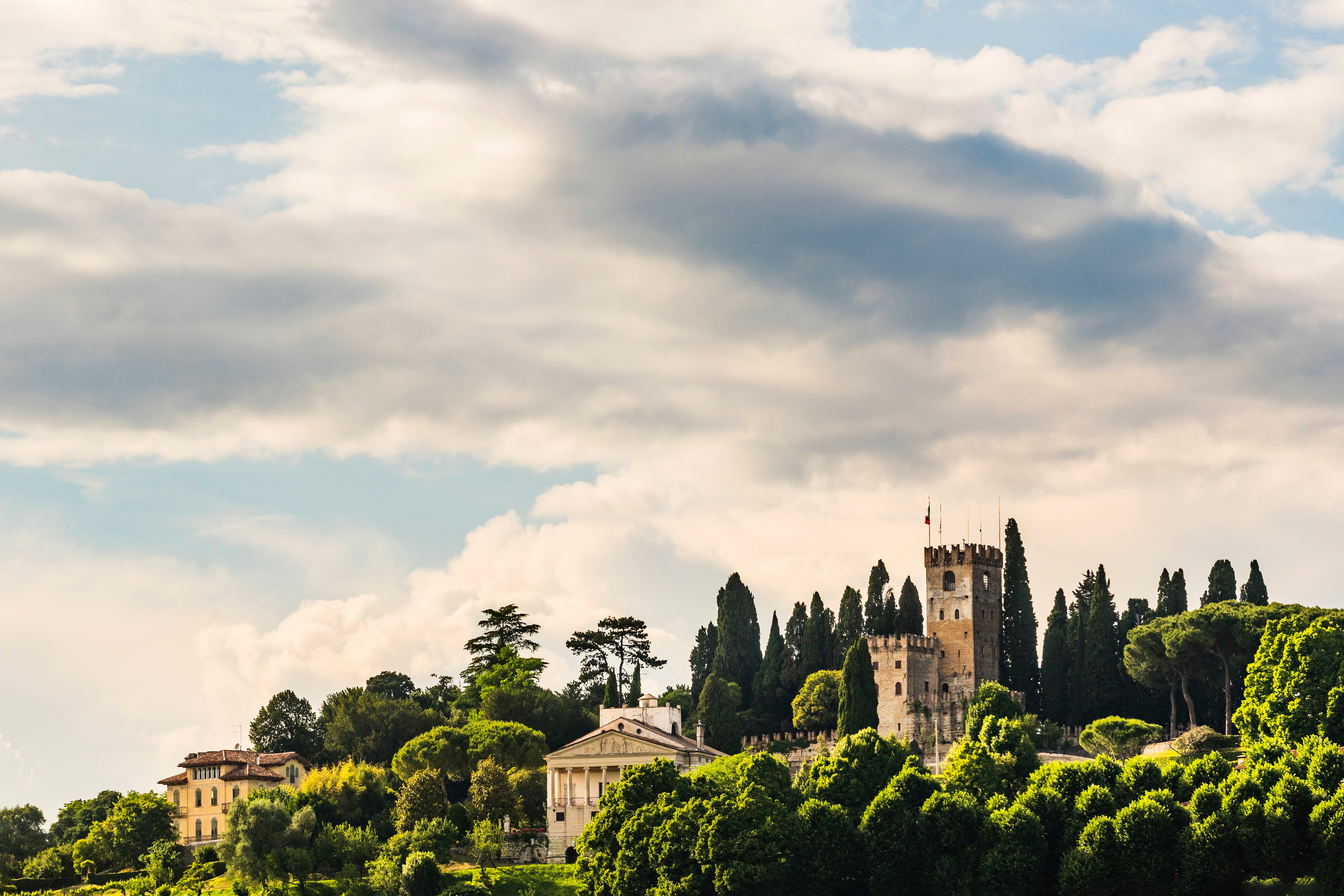 Masottina's reference territory is the cradle of the Dal Bianco family's vineyards, built over the years through the continuous commitment of three generations. 280 hectares of vineyards, which extend on the hills of Conegliano and in the lands of Piave, in Gorgo al Monticano and Mogliano Veneto.
A heritage at the origin of the main expressions of Prosecco: Prosecco DOC, Prosecco DOC Treviso, Conegliano Valdobbiadene Prosecco Superiore DOCG and the prestigious Rive, Le Rive di Ogliano, UNESCO World Heritage Site.
The Prosecco Hills of Conegliano Valdobbiadene include a hilly strip that extends from Valdobbiadene to the east to Conegliano. A real landscape which presents a mosaic made of forests, small settlements and vineyards which produce Conegliano Valdobbiadene Prosecco Superiore DOCG.
A system of hills, characterized by a morphology of ridges and crests, known for the cultivation on grassy slopes, to the most gentle ones, with a rich geological conformation, particularly fertile and with a ventilated climate.
Conegliano is the capital of art and history, especially in the wine sector, thanks to the Scuola Enologica di Conegliano (Conegliano School of Oenology), the oldest school in Italy, established on July 9, 1876 by Royal Decree of Vittorio Emanuele II.
Unique places such as the ancient Contrada Granda, divided in half by Via Venti Settembre, overlooked by the Duomo and the Sala dei Battuti. Going up, you reach the Castle, symbol of Conegliano, from which you can admire the view of the wide scenery from the UNESCO Dolomites to the Venice lagoon. 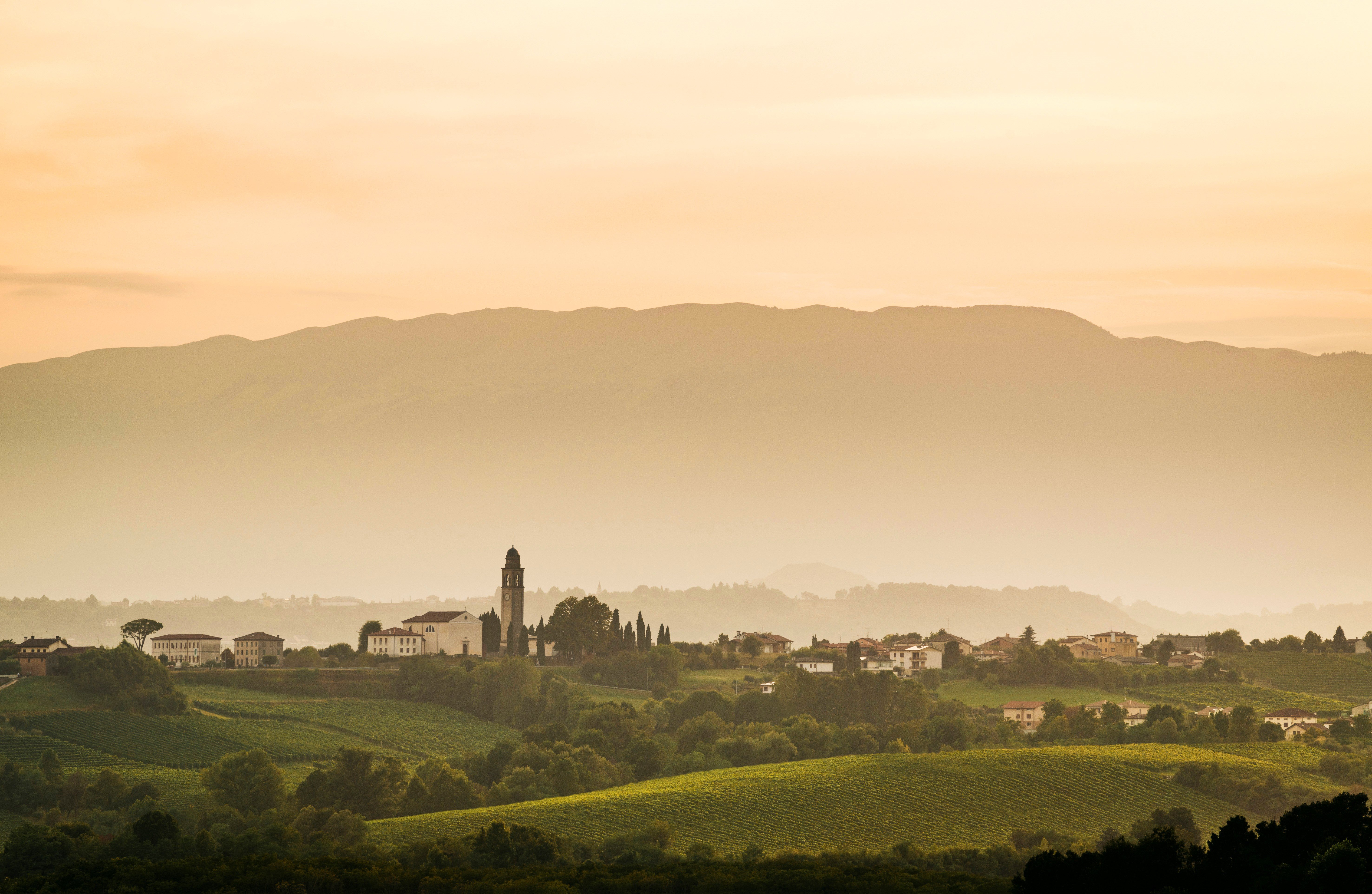 The soul of our wines is the vineyard. Our goal is to capture and preserve the facets of the different terroirs.  This is why each vineyard is vinified separately: to allow us to choose and evaluate each wine, the ideal musical instrument to compose the harmony of Masottina from year to year.
The winery is the continuation of the vineyard, the goal is to express the character of the raw material.
In order to do this we can make use of a dream. The dream that Adriano Dal Bianco originally had of vinifying his grapes, stressing them as little as possible and at a fast pace, thus preserving them from oxidation.
Doing so the grapes, skillfully selected from the plant, reach the winery at the first light of dawn and never after midday, where they undergo a second manual selection.
The vinification process uses gravity, from the entrance of the grapes in the cellar, to the slow and soft pressing until the arrival of the must in the fermenters.
The journey in the cellar continues with the aging in tanks and only after a careful monitoring we reach the moment of the creation of our wines, selections of a single vineyard or the result of the perfect harmony of our Cuvée.
Blending is in fact an art that combines the evaluation of the taste-olfactory profile of each wine with the ability of interpreting and predicting its character, respecting Masottina's style made of elegance, harmony, finesse and cleanliness. In this way, respecting tradition, Masottina repeats its style at every vintage and reinterprets history by enriching it with new authentic harmonies.

The rosè ViaVenti is a perfect and exciting blend of Pinot Noir and Glera. 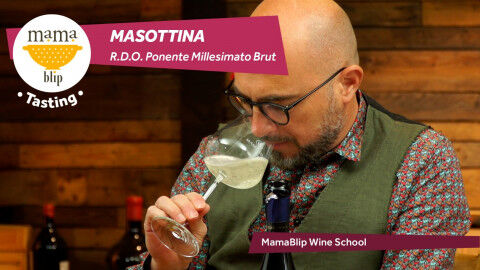 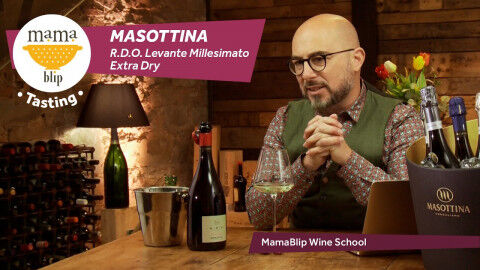 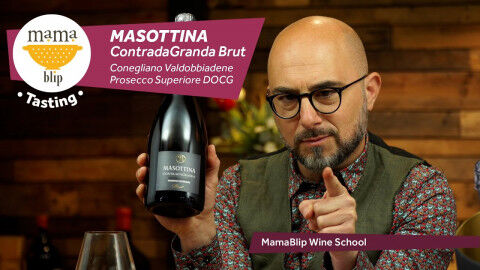 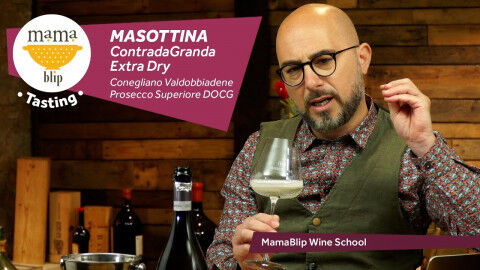 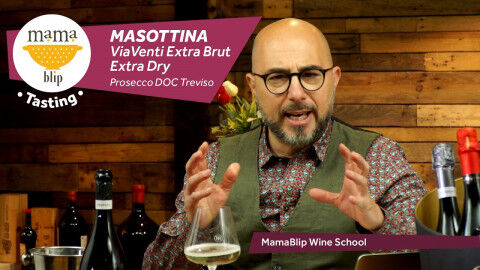 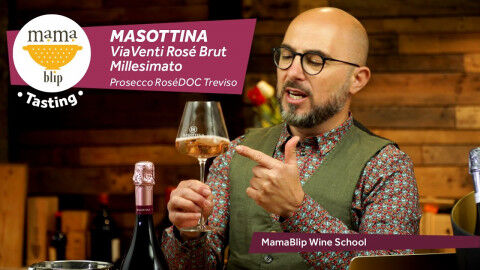 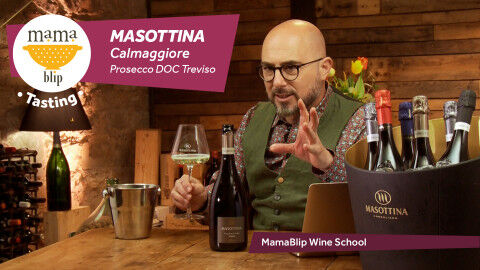