Colomba Italian Easter Dove Bread, a delicious sweet yeast bread, bake it with your favourite fillingsLearn everything you need to know about colomba, the traditional Easter cake from Italy: the history, the legend, and the way to eat it! 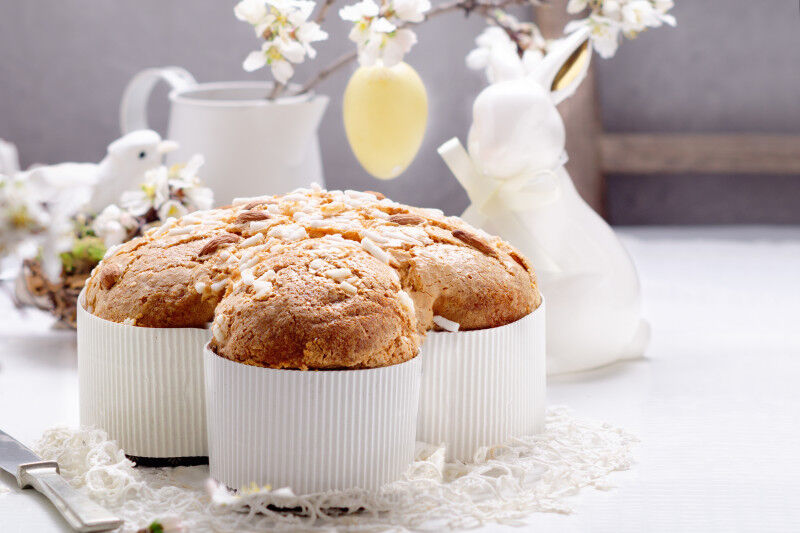 Why is the ‘Easter dove ‘a sign of peace?

The dove has always been a symbol of peace and there is a great desire to believe in it and to bring it to the table in order to say "we want better times”.

As an expression of divine will, it is also mentioned in some verses of the Bible. In Genesis (8,11), it is a dove that brings Noah the olive branch that announces the end of the universal flood and the beginning of salvation, and a new era of peace between God and man. 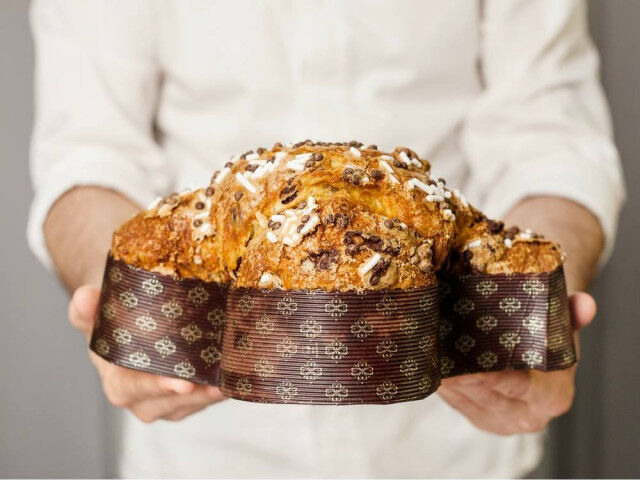 The legends of peace linked to the ‘Easter Colomba'

They are not supported by actual historical data, but several legends date the Easter dove back to the Longobard domination in Italy. Let's talk about the VI century AD when the Lombard king Alboino, during the siege of Pavia, was offered, as a sign of peace, a sweet cake in the shape of a dove.

Another protagonist of those years was queen Teodolinda, who was astonished in front of the "miracle" of the Irish abbot Saint Columbanus who, blessing the game offered during a lunch at court, transformed the food into doves of white bread, like the tunic of the monks who followed him. What is certain is that, since then, the saint is always depicted with a dove behind him.

Where was the Colomba invented?

It was in fact the confectioner Angelo Motta who in the early 30's of the last century decided to take an old recipe to be consumed in occasion of Easter festivities.

A sample of the product was sent to famous writers and journalists of the time, with a personal letter from Motta, asking their opinion about the cake in order to create a campaign to sensitize consumers to buy it. 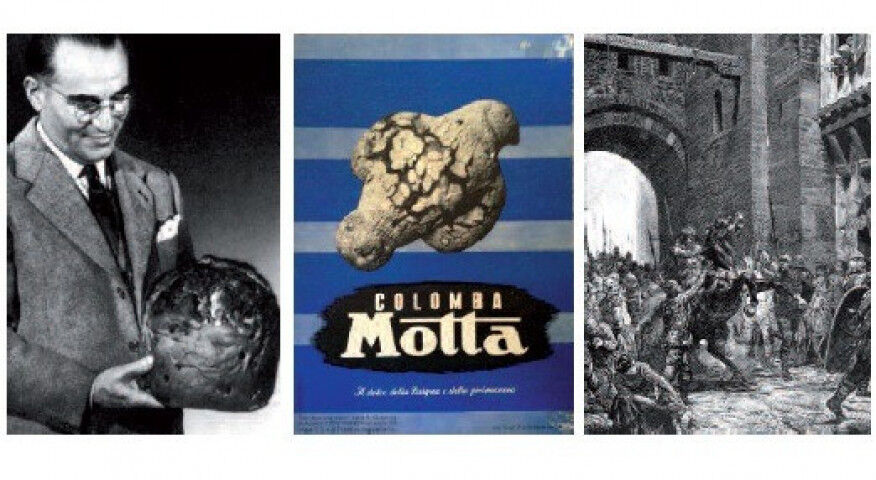 Evolution of the dove

Everyone loved the Colomba, which lead to an immediate and incredible success.

Those were the years in which Motta had already made a name for himself with the ‘panettone’. It is with a similar recipe that Motta created the ‘colomba’, enjoyed at Easter instead of Christmas.

How is a ‘Colomba' made?

The classic recipe has a base dough made of flour, butter, eggs, sugar, yeast, candied orange peel and an almond glaze. There are many variants, both in the filling and in the topping, just like panettone. 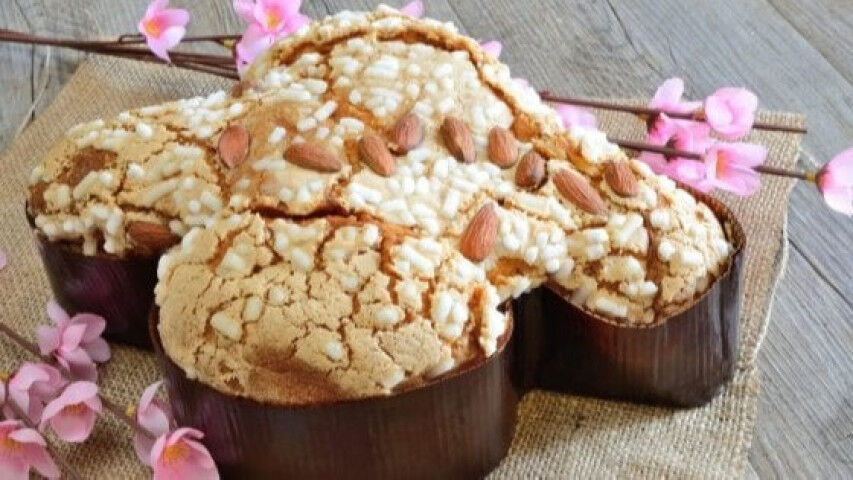 An apparently simple recipe but not easy to prepare. At the base of the recipe there are three leavening phases: the first dough is made of flour, water, milk and yeast and it takes a couple of hours of leavening; the second dough is made of flour, sugar and butter and it takes another couple of hours of leavening; when the third dough is made, the ingredients are more numerous: flour, butter, eggs, sugar, salt, vanilla and candied oranges, to be added to the previous dough and left to rise for at least 16 hours.

After that, the dough is placed in the dove-shaped mold. It is covered with a glaze prepared with flour and cornstarch, egg whites, brown sugar, almonds and (sometimes) hazelnuts. The final garnish is made with other almonds and sugar grains and finally the mold goes in the oven. The artisanal version requires the use of 100% sourdough and at least 24 hours of maturing of the dough, it is advisable to look for 48 hours doves. The key moment is the detachment of the ramekin from the cake, if this happens in a simple way, it means the ‘colomba’ is well leavened. 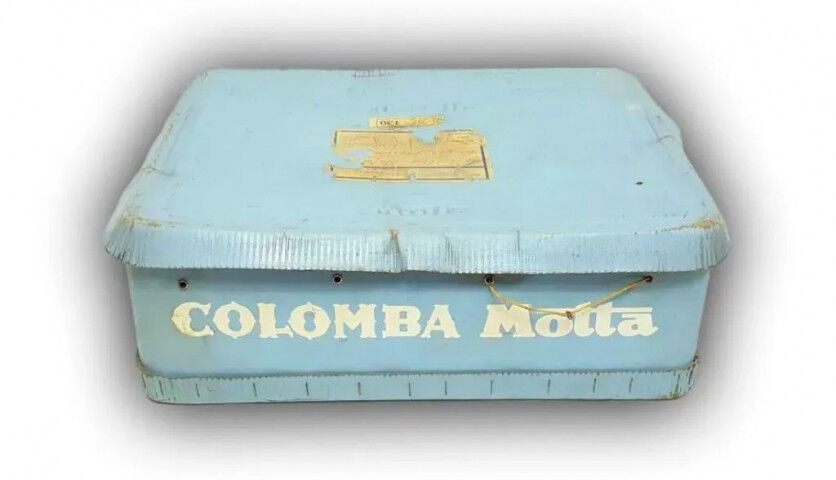 Understanding if an Easter dove is good

It is possible to choose one among hundreds of them and among these there are artisan ones, industrial ones, or those half way between the two. There a few indications to help us understand if our money has been well spent.

First of all the scent, the smell must be delicate and recall the scents of pastry - eggs, butter, vanilla - and the citrus of candied orange. The dough must be soft and elastic and not dry, well hydrated. The alveolation is present but it must not be numerous or big. The right colomba must have oblong alveoli and not circular ones. Then there is the tear test that you want to do: pull away a piece with your hands: if this "spins" or flakes the product is good. In the mouth it must be a triumph of sweetness but also of softness, as well as having a hint of freshness thanks to the citrus fruits.

Many styles, many tastes: to everyone his or her ‘dove’

Born as a simple cake, even Easter dove has become a testing ground for the creativity of pastry laboratories. There are essentially two opposing philosophies: those who prefer minimalism and those who prefer opulence.  In the first case, we will choose the traditional dove with the aroma and taste of butter, eggs, vanilla and candied citrus fruits with a clear taste of almonds given by the icing.

More varied is the world of stuffed ‘colomba’. We can find the chocolate one - white, dark and milk - with cream, with berries, with fruit creams, with wholemeal flours, or fortified with liqueurs in the dough or in the fillings. 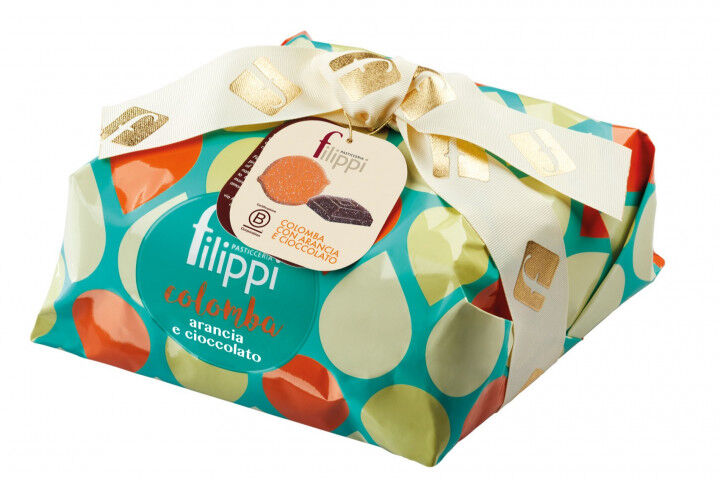 3 ‘colomba’ to buy for Easter

the Vicenza-based company has several aces..oops...doves up its sleeve. There is really one for every taste. We choose the one with orange and dark chocolate, where the freshness of candied Sicilian fruit mixes perfectly with the wrapping of the Criollo chocolate variety. 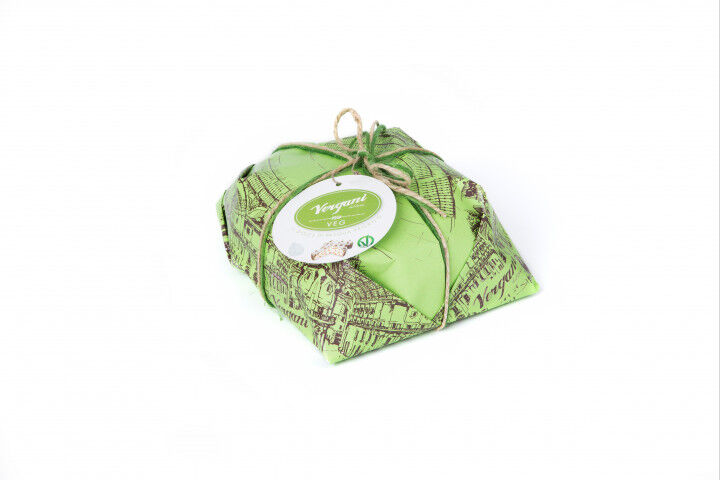 from the bakery that brought the Easter dove in the world comes the cake that vegans like. The dough, prepared with white flour, rice flour, cocoa butter and extra virgin olive oil, is enriched with Sicilian orange peels and a fragrant almond glaze. 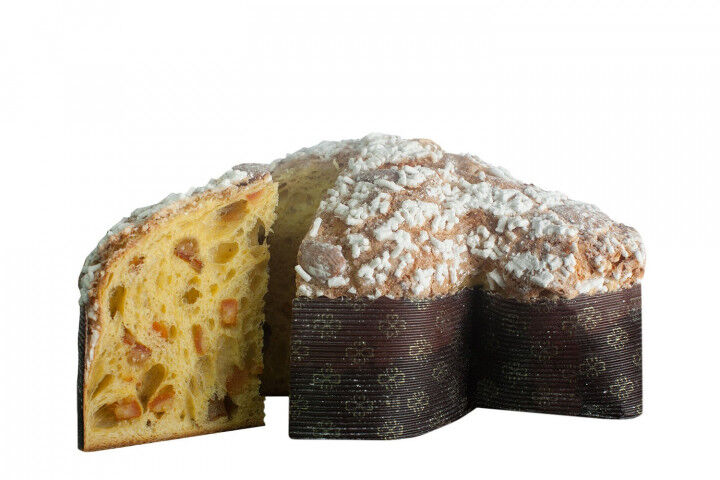 they could not include in the triptych also the most traditional recipe and among the many, we chose the one from Avellino by Pasticceria Vignola, with candied oranges, almond and hazelnut glaze. The pastry is bright yellow and smells of Madagascar bourbon vanilla. The orange is both candied and zested.