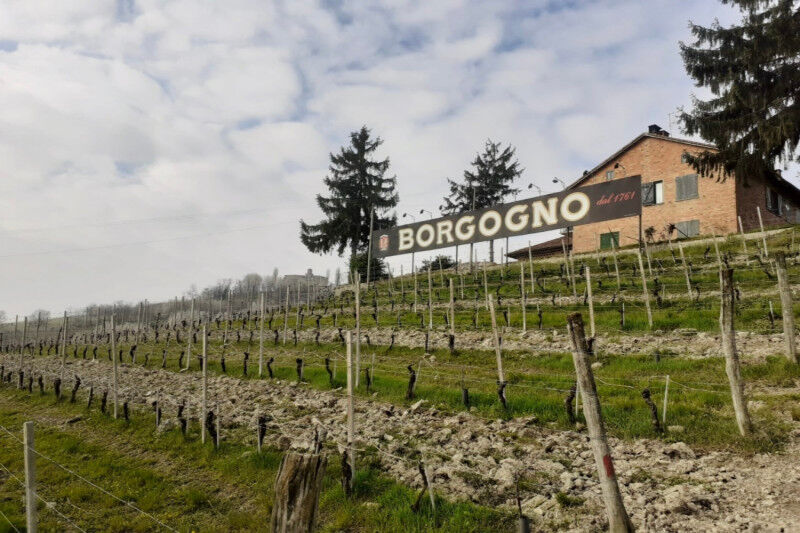 The 2008 purchase of the Borgogno&Figli winery by Oscar Farinetti was without question one of the most prestigious winery purchases in the world of Italian wine.  The acquisition allowed the founder of Eataly to make a truly enviable portion of Piedmont’s Langa area his own.  The Borgogno winery is a building block of the Piedmont wine region, one of the oldest surviving area wineries, with its foundation in 1761 by Bartolomeo Borgogno.

The winery history’s truly gained relevance thanks to Bartolomeo’s son and grandson, Giacomo, and Eugenio Giuseppe, who transformed the Borgogno winery into an official wine estate, eventually obtaining an official commitment in 1848 with the Racconigi College where the Savoy Army officers’ sons were in attendance.

Giacomo and Eugenio Giuseppe developed their winery in importance and national recognition, thanks in large part to the winery’s top-level quality of wine production.  This high caliber result allowed the Borgogno Barolo wines to be selected and served during national events of utmost importance, like the celebratory festivities surrounding Italy’s unification in 1861, and during the luncheon honouring Tsar Nicholas II of Russia during his monumental visit to the Racconigi Castle at the turn of the 20th century.

The untimely death of Eugenio Giuseppe meant the Borgogno winery management passed to his son Giacomo, but it was actually Cesare, born in 1900 and who took the reigns of the wine estate on in 1920, who was responsible for bringing the Borgogno winery to its pinnacle as to date.  Thanks to Cesare’s leadership, Borgogno solidified its reputation as a classic Barolo winery, and experienced a magical voyage into the world of international wine markets.

The success of Cesare’s leadership allowed for a renovation and expansion of the Borgogno’s already extensive wine cellars, and brought further success to the winery’s international reputation and sales.

Underneath Cesare’s leadership, 20% of every great Barolo vintage was set aside for a further aging of 20 bottle years.  While the idea was certainly revolutionary and forward-thinking for the times, Cesare modestly described his vision quite simply.  Following his death in 1968, management of the Borgogno winery passed to the Boschis family branch.

The Borgogno acquisition in 2008 by Oscar Farinetti sent shockwaves into the fine wine world.  To make matters more au courant, local newspapers made sure to dedicate several columns to the matter, particularly newsworthy with the Fontanafredda wine estate purchase by Farinetti coming on the heels of the Borgogno purchase.

Farinetti, the entrepreneur from Alba, was heavily criticized in the media, accused of “betraying” the very soul of a traditional Piedmont winery like Borgogno.  In taking a closer look however, the Farinetti management of the Borgogno winery prove exactly the opposite, heading in a conservative direction with their renovation of the winery’s main building and the renewed maintenance of the winery’s historic cellars dating back to 1761.

The most striking approach to the Borgogno winery philosophy however, comes from the youngest Farinetti son, Andrea.  Relying on his relatively fresh experience having successfully completed his degree in oenology, Andrea maintains respect for the tradition of long macerations, large barrels, the use of cement for the fermentation of some red wines, and an overall subtle Barolo wine.  In short, the winery’s classic logo featuring white writing on a black background doesn’t appear due for any overhauls in the near future.

The remainder of the lands are divided amongst Dolcetto, Barbera, and Freisa varietals.

Borgogno’s white wine side includes Riesling as well as 3 hectares of Timorasso grapes in the Tortona area.  The Timorasso represents Farinetti’s most recent wine gamble:  a firm belief in the future success of the Derthona denomination.

How tradition plays a part in modern wine-making

It seems like the most radical decision the Farinetti family could make was to continue with the Borgogno tradition as it stood, making room of course for technological updates.  Another important decision was to head down the organic production path, with renovations and steps in this direction beginning in 2016 and concluding in 2019.

Today’s Borgogno wines are marked by a sense of classicism, of austere Barolo wines that follow a path of prolonged maceration with submerged caps without select yeast use.  The wine production process also includes long rests in Slavonian oak barrels.

Barolo wine faithfully remains the “house wine,” with a production of approximately 60,000 bottles per year of its most prestigious label.  Also important is the Barolo Chinato, which fascinatingly follows the historic production method of using a Barolo Riserva as a base wine and adding up to 40 aromatic herbs to the mix.

Today’s wine production has seen the introduction of different labels, including white wines coming on the heels of more than 200 years of red wine-only production.

Borgogno’s Riesling, “It’s About Time!” is not a casual selection of the Mosel grape.  The Farinetti approach is to gamble on the success of this long-lived label, an approach also spilling over to the decision to invest in the Timorasso denomination.  The Monleale grape varietal, Timorasso, offers greater aging security, and with an expert like Walter Massa, on-board, the Farinettis are confident in the eventual success of their Derthona vintage.

Recent years have brought about their own share of provocation.  We’ve seen the not-really-Barolo wine selection called No Name Barolo, the clearly argumentative Barolo Resistenza, and the limited edition 2006 Barolo wines, each with their own colored labels.

These acts and products might seem to provide a small gesture towards rebellion taken in their overall context, particularly if we were speaking of a different DOC.  However, when taking the Borgogno’s historical role in consideration, these somewhat subversive acts have caused quite a stir within the Langa DOC world.

What’s the end result?  Plenty of chatter about the Borgogno history, future, and current approach.  Better yet, the winery’s drinkable results, the wines, don’t disappoint when tasted.

Oscar Farinetti, on the other hand, seems to rise to the challenge, shedding ties to the past that he deems not useful to today’s Borgogno winery.  His son, Andrea, whose outlook doesn’t belie his 20 years of age, has eagerly sought the honor and responsibility of enologically mastering a brand as relevant as Borgogno.

To learn a bit more about his intents, we chatted with Andrea to gain more insight into how he feels the suitable balance between “youth and history” can be reached.

Q:  You finished your Enology degree in Alba recently, and you jumped right into the fray with management of the Borgogno winery.  While some might be intimidated, what are your reflections on this full-immersion experience?

A:  I find that being 20 years old has helped, because you still have that healthy recklessness that makes you start things without too many qualms. Moreover, I knew I was lucky and I had - and still have - a father who lets me do my job.

This opportunity is the culmination of a dream in the shape of a 1982 Borgogno Barolo:  during a tasting of this selection, I said to myself, “I want to do this job and I want to make a wine like this.”

Q: Once you began working with these dream wines, what was your initial approach?

A:  I tasted many of them of course, to try to understand their style as best I could.

I wanted to respect the wines’ approach which was strongly rooted in classicism, but, at the same time, I noticed that there were some vintages that were less harmonious. I began to make changes in the cellar, adopting spontaneous fermentations and abandoning the steel vats to replace them with cement.

In 2010, we came to our turning point vintage.  In 2014, I began the campaign for an organic conversion of the vineyard.  An in-depth territorial study was carried out on the Borgogno vineyards, focusing on each Cru’s individual characteristics.  The end goal of course is to include singular elements of the terroir into each individual label and vintage.

Q:  For a member of the Millennial generation making wines in the Langa, what does the expression "generational change" mean?

A: In my case, we haven’t experienced a direct passing of the baton.  However, comparison with my peers in Piedmont has been all but inevitable.  We are aware of the responsibility we have, which is to respect the work and thoughts of wine-making greats.  These eminent producers counted not just for the wines they created, but also the ideas and perspectives involved in their wine-making process.

While we face this long heritage with pride and respect, it’s important for us to also know that we’ll be leaving our mark on this region’s wine history as well.

This is also an approach I came across in today’s sommellerie:  students are becoming more and more prepared, and new ways of story-telling are constantly being encouraged.  In today’s world, more instinct and inner drive are welcome, as well as a solid intellectual foundation.

Q:  When we talk about young people in the wine world, the words sustainability and biodiversity are two key elements.  How are you tackling these elements?

A:   I have another Slow Food key three words:  good, clean and fair, and the order in which they appear are critical.  If our predecessors faced the uphill battle of constantly producing top-notch wines with an overall constantly reliable quality level, our battle today instead is taking care of our wine lands and their immediate environments.

Borgogno is an excellent example of corporate responsability, having preserved 8 hectares of woodland within our vineyard plots.  The weight of social responsibility within our companies is our next focus - the dignity and future of our wineries is our primary concern.

Q:  When we think of Borgogno, Barolo springs to mind.  However, since the Farinetti arrival, the White wine soul of Borgogno has been elevated….

A:  In 2012, I felt the urge to pay tribute to my mother, a longtime white wine drinker.  “Era Ora” was born, a Riesling label that successfully interrupted 250 years of red wine production at Borgogno.  It was important that this white wine express the same prestige levels that the Nebbiolo red wines maintain.

In 2012, I thought this grape might be the Riesling, but I was wrong, a theory furthermore confirmed a few years down the road, in 2015.  A 3AM text to my father and me from Walter Massa (celebrated Timorasso producer in Piedmont), inviting us to consider the Monleale area as the ideal location for a Borgogno white wine vintage.

We needed just a few hours to answer Massa, approving this recommendation.  Derthona was born from this insight - my error od judgement and an overall recognition of Piedmont’s superb white wine varietal, Timorasso.

We answered a few hours with a text message of approval. This is how our Derthona was born, from an error of judgment on my part and from the recognition that Piedmont has a great native white wine and that is Timorasso.

Love learning about the Borgogno winery?  Be sure to check out the Wine Selections and order your own bottles for your cellar today.  The Piedmont region in Northern Italy sure gets a travel yen going, so don’t miss other inspirational Italian wine regions like Montalcino and Bolgheri - come discover Italy’s tremendous wine heritage today with Filippo Bartolotta and the Mamablip wine journalists to led your discovery. 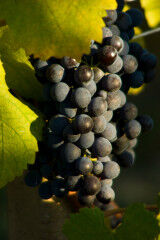 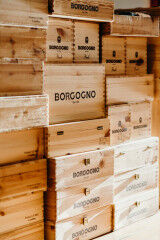 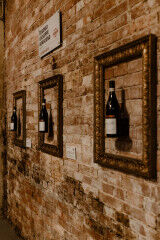