Pizza was first invented in Naples, Italy as a fast, affordable, tasty meal for working-class Neapolitans on the go. While we all know and love these slices of today, pizza actually didn't gain mass appeal until the 1940s, when immigrating Italians brought their classic slices to the United States. 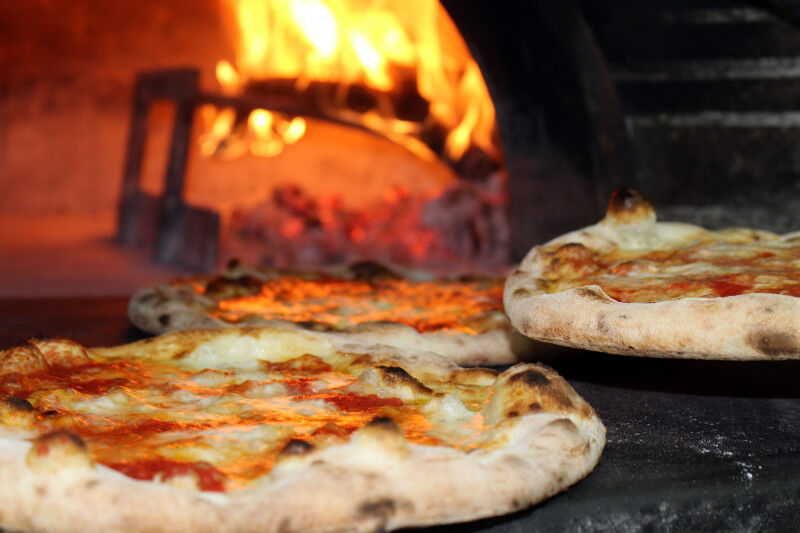 In case you’re not already familiar with Pizza, let us break it down for you. Pizza is a basic kitchen recipe composed from wheat flour (or if you’d like to include alternative flours, one can use corn or even chestnut flours, depending on your preferences).  The flours are mixed with water or milk, yeast, eggs, and either oil, lard or butter.  Additional ingredients are added to the blend, which is then baked in the oven, shaped into typical low, round shapes.

All you need are five letters and you’ve written out one of the world’s most famous words:  p-i-z-z-a.

Google has an archive with nearly 4 billion topics related to pizza, and the term is unquestionably one of the most trending topics in Google rankings.

Pizza as a hashtag has experienced a bit of popularity whiplash, becoming one of the most used hashtags and then maybe even overused on endless Instagram pages and posts.

If you guessed pizza dough as one of the most popular pizza-based searches, you’re right.  Searches for DIY pizza dough recipes lead the pack.  During the most trying moments of the world’s pandemic lockdowns, alongside daily bulletins of infection rates, lists of where to find flour and yeast were popular.

Pizza provided a source of great comfort to people around the world, helping get through some of the most troublesome times of our lives.

How could a simple dough work magic of this kind?  By allowing us to escape the daily grind, by letting people use their hands to create something wonderful.  By teaching novices and experts alike the sensorial benefits of sinking your hands into something soft and yielding.  And once baked, there was no denying the appeal of the aromas that wafted through kitchens, raising spirits that were certainly stressed by world events.

Raise your hand if you haven’t tried it at least once.

Saint Pizza?!  Who is the patron saint of the world’s most famous food?

You might have heard already, as we just celebrated this day not so long ago, but every January 17th, we do celebrate with glee, World Pizza Day.  And because there is a dedicated day for Pizza, there’s also a dedicated Saint for Pizza.

Meet Saint Anthony Abate, also known as being the patron saint of animals and bakers, as well as pizza chefs.

You don’t need to limit yourself to just one day a year to enjoy pizza - it’s an every-day kind of experience.

A survey carried out by the CNA Agreoalimentare, the Italian national association of artisans and small producers, shows that at least 8 millions pizzas are baked every day throughout the Italian peninsula.  This tallies up to an astounding 3 billion pizzas baked per year, resulting in a market worth €15 billion per year.

Yearly analysis goes even higher than that:  markets indicate that the overall pizza-making and eating experience has a value of €30 billion, and demonstrates that the Italian population eats pizza at least once per week, if not more.

The world has recognized pizza as one of its favorite foods, although accolades do come in from unexpected places.  In December 2017, the UNESCO Intangible Cultural Heritage list included Pizza masters, Neapolitan ones in particular, in recognition of the  "Art of the Neapolitan Piazzaiuolo."

The world of the web was not to be outdone, and has introduced a domain, “.pizza,” that’s been used with great success throughout the world, from the US to Iceland, although strangely, not so much so in Italy itself.

A meal for the masses, pizza has been known to soar pricewise, comparable at times to the most expensive of Michelin-starred dishes.  Case in point:  to celebrate World Pizza Day, Cilento-area-born pizza master Renato Viola created the Luigi XIII.  Working and residing today in Miami, Viola’s pizza creation costs a whopping €830, the most expensive pizza in the world.

What makes the Luigi XIII so costly?  Let’s glance at the ingredients, a list that is numbingly long.  Included are 3 types of caviar, droplets of Louis XIII Remy Martin cognac, red prawns from the town of Acciaroli and lobster freshly delivered from the seaside town of Palinuro.  The inclusion of the seafood from these two areas is intended to pay homage to Viola’s birthplace, the glorious coastal areas of Italy’s Campania region. 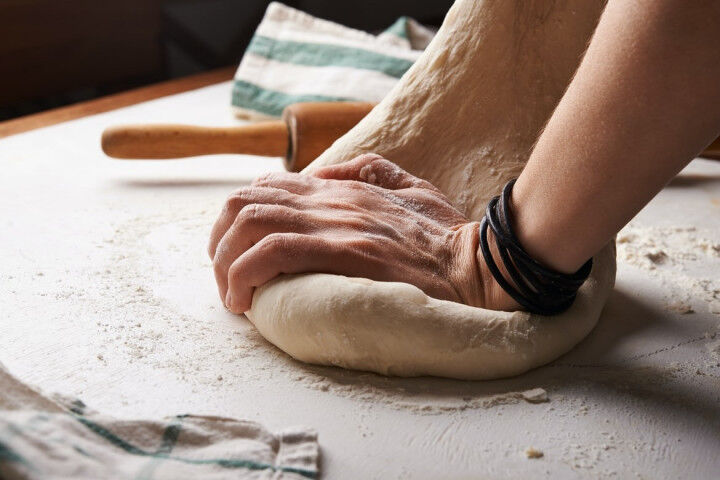 Pizza’s History:  from the Bible to today in just a few easy steps

Pizza began with humble roots:  a disc of dough baked without all the toppings we enjoy today.  This version is over 1,000 years old, likely dating back at least 3 centuries.

Pizza can call upon many international cousins, including unleavened bread eaten by the followers of Moses as they fled Egypt, and ancient Babylonian versions described in texts by Herodotus.  Even Greek populaces had their own version, known as planktunos.

Jumping ahead to Roman times, fabled poet Virgil describes the local practice farmers used to blend herbs, salt, and flour in order to create a dough that was kneaded prior to baking.

At this stage, the inclusion of cheese and tomato are lightyears ahead still (also because the tomato will have to be discovered still in the American continent).  However, cooking methods began moving pizza towards a more recognizable form during the Medieval and Renaissance periods.

The first record of the actual term pizza comes from 16th century Naples, when a flattened bread was baptized pizza, quite similar to the term “pitta.”  Poet and essayist Benedetto Di Falco notes in his 1535 Descrizione dei luoghi antichi di Napoli, that “focaccia, in Neapolitan, is called pizza.”

Of course, we’re still referring to white pizza (or pizza without tomato), where lard is preferred to olive oil, and excitingly enough, cheese begins to be included in a frequently-used list of ingredients.

The early 1600s also saw the introduction of basil as a seasoning lending Neapolitan pizza an unmistakable (and tantalizing) aroma.

The presence of tomato ushers in a sea change for pizza.  Initially thought of as a decorative yellow-hued apple, the tomato quickly asserts itself into local cuisine, starting with the pizza.

Incorporated immediately in puréed form onto pizza discs, following local tastes, the tomato began to be used in raw format.  During this time, pizza begins to show up on tables in royal palaces, enjoying a level of enjoyment all the way through the cities of Bourbon kings.

The kitchens of the Royal Palace of Capodimonte were kitted out with wood-burning ovens intended to cook pizza, so beloved was the dish.

Pizza began to take on the physical representation of what makes Naples such a unique city, completely lacking a distinction between wealthy neighborhoods and poorer city districts. Pizza provides the link between the two, eliminating distinction between rich and poor, noble and proletarian, and so forth.

Pizza is the great unifier, eaten on the streets since the 1700s, by everyone regardless of social standing.  And the 1700-1800s brings us another marvelous creation, the local pizzerias.

The humble neighborhood eateries initially appeared as small locales with open ovens and marble countertop where toppings and seasonings were added to the dough discs.

The Queen is born:  Pizza Margherita

The year is 1889, and the summer proves to be a warm one that invites King Umberto of Savoia and his wife Margherita to spend their summer vacations in the royal palace of Capodimonte.

It’s during this sojourn that Queen Margherita requests a tasting of the pizza she’s heard mentioned as a local delicacy.  Raffaele Esposito is the most celebrated pizza maker of the time, and is invited to create three different pizza versions to present to the Royal Court to honor the Queen’s request.

The pizza that celebrates the colors of Italy’s flag, pairing green with Basil, white with Mozzarella, and red with tomatoes, proves to be the most heralded version of Esposito’s creations, and thanks to this eye-catching combination, the Margherita pizza is born. 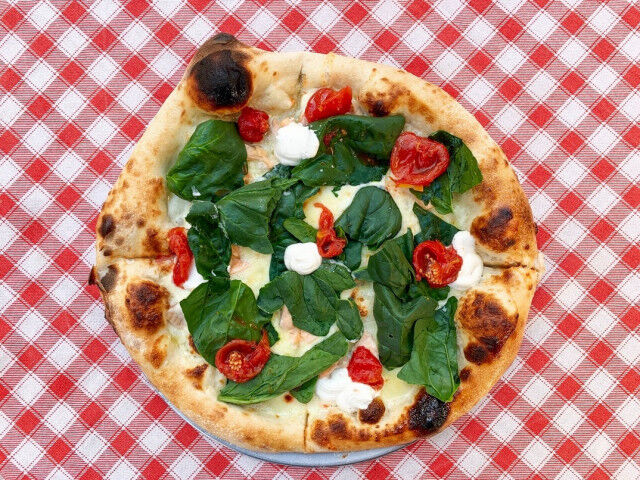 What are the most popular Pizza variants?

The ease of creation and consumption are elements of Pizza’s story that we’re already familiar with, and we know it’s become Italy’s most famous dish, possibly even beating out pasta for the title of most-recognized Italian food in the world.

The massive success of pizza is also thanks, however, to migratory patterns that brought Italians to all corners of the world.  While it’s hard to confirm definitively, there could be more pizzeria restaurants abroad than in Italy.

Starting in the late 1990s, pizza chefs and masters have garnered a more elite standing, and pizza as a product has also taken on a more gourmet note, moving away from its reputation as a quick street food option.  Hours of leavening, careful selection of varying flour types, toppings crafted with fine local Italian delicacies have brought pizza to new levels of specialty status.

Careful wine and beer pairings with pizza has only served to increase the buzz around the world of pizza, garnering more respect amongst high-level restaurant critics and food writers.

However, putting pizza into this entirely new context doesn’t erase its past.  In reflecting upon pizza in the Neapolitan tradition, identified by the international disciplinary of the Verace Pizza Napoletana Association, there are actually many other chapters within the book of Pizza that merit a second glance.  Let’s take a closer look together. 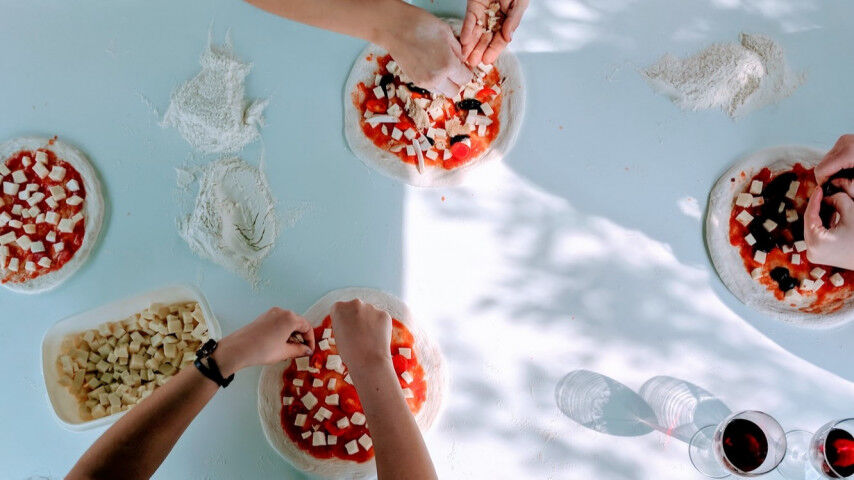 Why is pizza so popular?

Leading up to about 30 years, pizza was unabashedly a part of pop culture.  It was a fast, cheap and remarkably satisfying food accessible to just about anyone.  The price factor did play a role, with people selecting the cheaper version of the quality was the same between the different ranges of options.

Today the tide has turned, and consumers take a different approach.  Craftsmanship has appeared in the world of pizza chefs as well, and there’s nary a chef who isn’t familiar with the phenomena of high-hydration.  If you select a pizza that’s risen for less than 48 hours, you’ve made a questionable choice (in some circles!).

Navigating the choppy waters between formal protocols and misleading communication, the need to safeguard Pizza as a food is very real.  This is a food that after all, belongs to everyone, just as it always has and should remain.

Not every food has the ability to recall and commemorate monumental moments in our lives:  that first outing with friends, the food you instantly fall back on when having a party, the first late nights spent carousing, or even just the mundane meal with friends.

Few and far between foods have this intrinsic ability to unite and connect.  A food capable of creating memories and unifying cultures across the globe is a food worth safeguarding for our current and future generations to come. 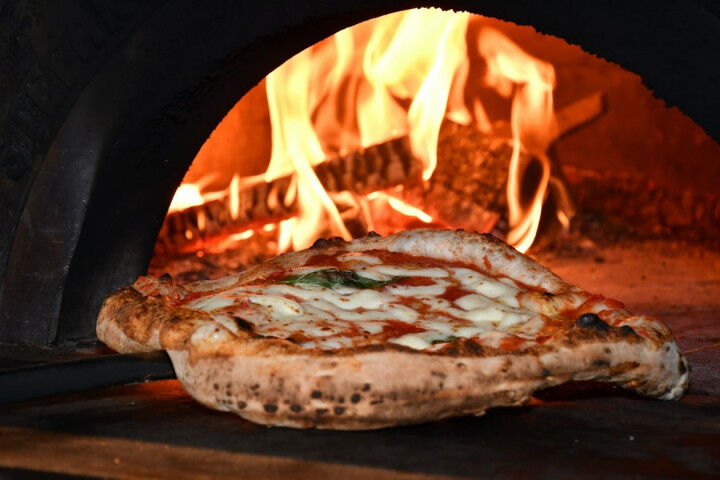