How to Choose: Shiraz vs Merlot

Shiraz Vs Merlot: Shiraz and Merlot are two very popular wines on the market. They have many similar characteristics as well as some different nuances and complexities that distinguish them, but once you understand their major differences, you’ll be able to clearly categorize them without any problem. 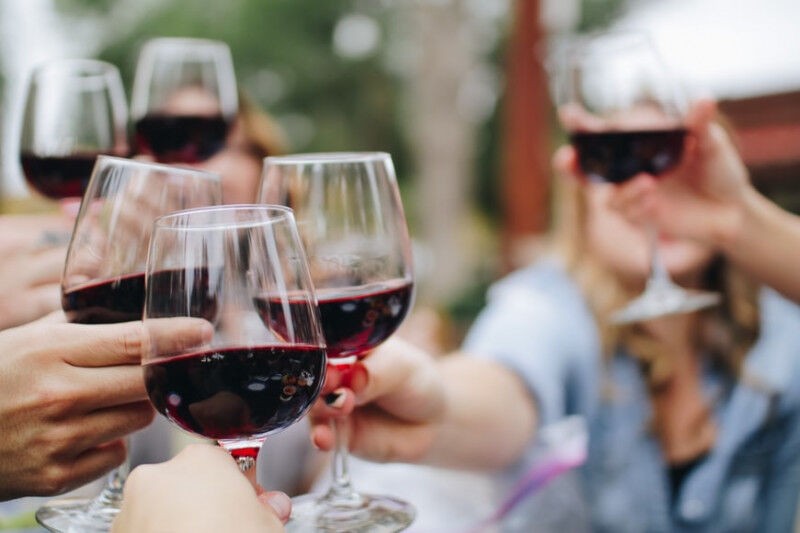 Shiraz vs Merlot: What's the Difference?

The Shiraz and Merlot grape cultivars are proof that varietals with the same skin color can create wines that reside on vastly different ends of the spectrum. Where Shiraz (also called Syrah) is known for being bold and strident, Merlot is plush, velvety, and more restrained.

Wine lovers appreciate each for their distinct aroma and flavor profiles (more on this later!) and these grapes have different aging potentials. Both are very food-friendly popular and grow across Old and New World wine regions. Shiraz often gives the impression of being sweeter than Merlot, but this is a wine illusion related to fruitiness and high alcohol. In Italy, Shiraz is widely planted but shines in Sicily and Tuscany while Merlot plays a significant role in Super Tuscans as well as Chianti blends.

Shiraz is one of the world’s top black grape varieties, cultivated in leading wine regions. Its spiritual home is France’s Northern Rhône where it makes refined, peppery wines that are much-sought-after but it’s also found great success in Australia where the warmth crafts full-bodied, powerful, black-fruit styles.

In this antipodean country, traditional-method sparkling Shiraz is also a thing – and a very popular one at that! Similarly, Shiraz is a dominant grape in the South of France where it appears in fruity, bold red blends.Versatile, expressive, and delicious, this grape stands alone in varietal wines and also appears in blends

Merlot hails from southwest France and, today, it dominates grape plantings in Bordeaux. In this iconic wine region, Merlot appears in some of the most famous red blends in the world. It can also stand as a varietal wine and its popularity means it’s cultivated all over the globe in both top-tier and high-volume wines. 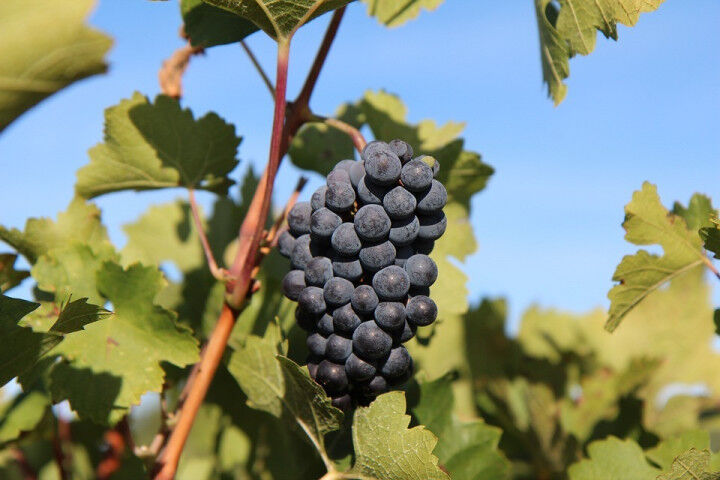 A fun fact about Shiraz is that there’s a historic city in Iran famed for wine production with the same name. However, researchers haven’t found a link between the two. Although Shiraz has found its mecca in the Northern Rhône, the varietal comes from south-eastern France.

In the cooler climes of the Rhone Valley, the grape produces elegant, peppery, tannic wines with a black fruit core and great age-ability. In the south of France, it appears in big bold red blends and is suitable for early drinking.

This grape is very successful around the globe and has become something of a flagship grape in Australia where, depending on the location, it makes Rhône-style wines as well as big, rich, powerful reds.

In Italy, this sun-loving cultivar thrives in Sicily where it makes rich plummy, peppery wines. It’s also one of Tuscany’s favorite international grapes appearing alongside the likes of Merlot and Cabernet Sauvignon in Bolgheri wines and Chianti blends.

Called Syrah across Europe and most New World wine-producing countries, its metamorphosis into Shiraz in Australia is thought to be down to a “lost-in-translation” anglicization of the original name when the country was a British colony.

Merlot comes from France’s southwest where it made its first recorded appearance in Bordeaux wine records in the 1700s. Its name comes from the word for “blackbird” in the local dialect because of its shiny, glossy berries. In this legendary wine region, Merlot is the most widely grown grape and it dominates Right-Bank blends where it loves the terroir.

World-class Merlot is also produced in varietal wines and blends in the US, Chile, South Africa, Australia, and New Zealand. This grape suits both easy-drinking young wines and mature, more select styles.

In Italy, appellation rules in Tuscany permit the addition of Merlot to Chianti Classico to complement Sangiovese. It also makes mono-varietal Super Tuscan wine in Bolgheri.

Shiraz grapes are small, inky, and thick-skinned with high tannins. This varietal is a late budder and mid-season ripener. This means it can only grow in warm to hot climates with France’s Northern Rhone being the northern limit for successful ripening.

Shiraz’s deep color, tannins, and high alcohol make Shiraz perfect for lengthy aging. In terms of its family tree, ampelographers have concluded that Shiraz is the offspring of  Dureza and Mondeuse, both southern France varieties. 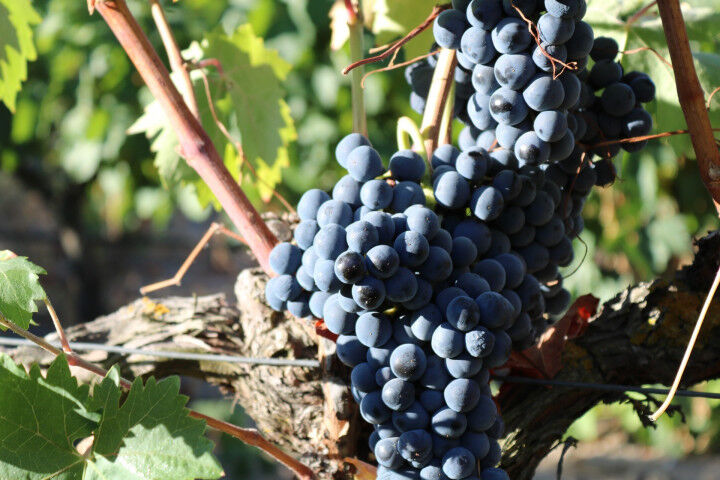 Wherever it grows, its core characteristics are black fruit, high tannins, a deep color, and high alcohol. Shiraz works well with oak in fermentation and maturation which adds toasty notes.

In moderate to warm climes like Bordeaux and the Languedoc, Merlot displays fruits such as and plum, is medium to full-bodied, firm acidity, and displays medium tannins. In hot climates, it displays concentrated black fruit and soft acidity.

Along the coast of Tuscany, Merlot is characterized by firm tannins, bold fruit, and florals courtesy of the sea breezes. Spice and coffee appear thanks to oak. 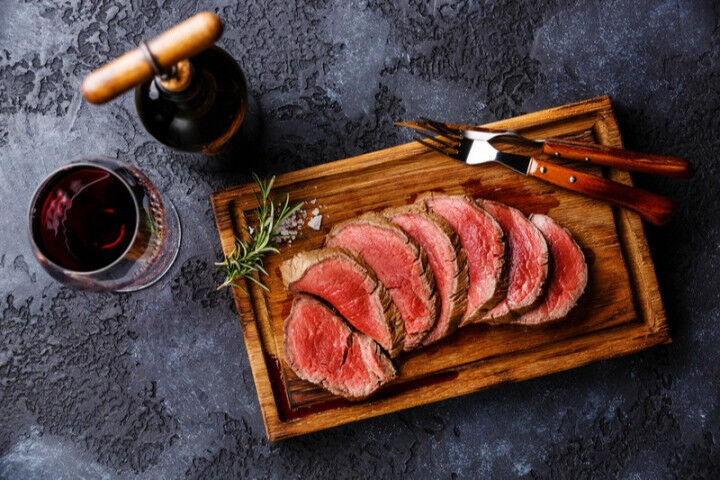 While Shiraz displays a heart of black fruit wherever it’s grown, its intensity varies according to the region. The key to successful food pairing is to match lighter Shiraz with dishes of a similar weight and, likewise pair bold styles with richer dishes. Also make a note of this grape’s high tannins and alcohol which means sweet and dishes with a lot of chilli heat are a no-no.

These will dull fruit. Fatty, grilled foods counter tannins so they’re a good pick. That being said, some hot-climate Shiraz, like those of Sicily and Tuscany, with full fruit and an impression of sweetness can match slightly spicy food.

Whether an early, easy-drinking Merlot or a top-tier aged style, this is a very food-friendly wine. Above all, across styles and regions, keep in mind that Merlot is juicy, fruity, and mid-weight red wine with soft tannins and acidity. Avoid anything very sweet or spicy food as these components highlight astringency and acidity, while masking body and fruit.