What inspires Andrea Magi, Tuscan cheesemaker and taster, in the cheese world? Explore the cheese-focused world of the Tuscan Magi family Pecorino specialists. 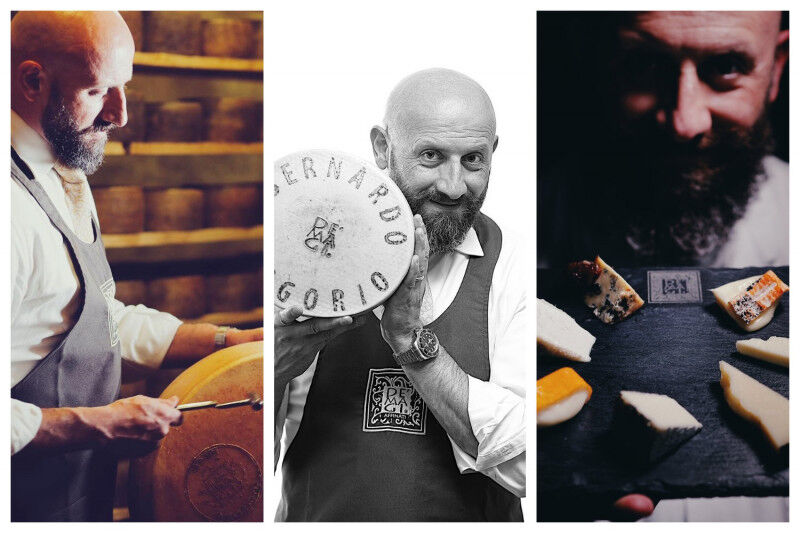 Andrea Magi has a truly boundless passion for cheeses, all cheeses.  Not only the cheeses produced by his family’s cheesemonger business, the "De Magi" cheese producers located in the small town of Castiglion Fiorentino, in the province of Arezzo.  Magi instead feels an universal affection towards the entire world of cheeses.  Magi has turned his passion into his trade as well, becoming a renowned cheesemaker and National Advisor recognized by the Italian O.N.A.F. organization (National Organization of Cheese Tasters, or, in Italian, the Organizzazione Nazionale Assaggiatori Formaggi).

WHO IS ANDREA MAGI?

Born into the heartland of Tuscany, an area famous for its Pecorino cheese production, Magi’s birthplace has had a clear effect on the producer.

Indeed, his Tuscan roots have helped Magi move beyond the producer role, and taking on cheese Refiner duties as well.

Magi looks to other local Tuscan dairy products to inspire his approach to innovation and ingredient incorporation in his cheeses.  In keeping his heart and production methods loyal to his organic approaches, Magi finds illumination with natural products like small wild berries, floral and fruity aromas, and spices like tobacco.  These seemingly disparate elements all play intriguing roles in his cheese-production approach, and typically result in compelling, pleasant new tastes.

As mentioned above, Magi does have an innate propensity towards cheeses thanks to his family’s business, although his expressions of adoration allowed him to learn the ins and outs of cheese production from a very early age.  As a child, Magi would help his father, during his summer vacations, to wash the cheese crusts the family’s dairy was producing, as the process allowed the cheese to absorb the area’s natural aromas.

Today, Andrea Magi considers himself as a sort of “cheese alchemist,” and he continues to experiment with new techniques and aromas in order to obtain exemplary, unique organoleptic facets for each cheese variety.  It goes without saying that the environment where the cheeses are aged is critical to the success and development of the cheese’s flavors.  The use of natural caves as the natural backdrop for aging was a common location dating back to ancient times.

While it could be that caves were called upon before as a matter of necessity, today, they’re considered an ideal solution.  Why?  As extensive studies prove, caves provide the perfect mix of temperature, humidity and light.  This balance provides an unique context where the cheese’s optimal gustatory and aromatic results.

The caves can be those found naturally in Central Italy, otherwise the caves are built following the principles of natural cave features.  The De Magi company followed these principles when creating their man-made cheese caves.  In building their two stone caves, their process began with a deep digging into the designated lands’ subsoil.  Modern wall supports were then inserted, as well as stone walls with brick vaults.  All of these add-ins function to maintain the proper humidity levels, to mimic the natural caves’ microclimates, and all of the additional features caves have that help the cheese reach their desired refinement stages.

Everything in both the creation and aging process has a precise role, and what might seem to be present solely for aesthetic reasons is actually also present for clear functional purposes.  Wooden boards where the cheese forms are placed (varying woods and forms relative to the types of cheese placed on them), aging barriques for when the cheeses are aged in pomace, amphorae lined with walnut, olive, fig, and chestnut leaves to add layered structure to the cheeses’ flavors, and many other elements maintain fundamental roles in helping the cheese age into the aromatic, flavor-packed elements we love today.

One perfect example of functionality and scenography, as well as recognizing Magi’s natural talent to move between creativity, technique, assembly, and taste is the Briacacio Vaccino cheese selection.

This cheese has enlisted many admirers, both professional novices, who appreciate excellence and fine artisanal production within the cheese world.  The cheese was such a fine creation, and so highly regarded by professional cheese tasters, that it replicated its win of the “Targa di Eccellenza” in the 2016 edition of the “Infiniti Blu” cheese competition.  2014 saw the first Quality award being granted to the De Magi producers.

The name Briacacio recalls the fabulous Tuscan dessert, Panbriacone.  The Bonci family of Montevarchi, in Val d’Arno near Arezzo, is credited with the creation of this traditional Tuscan dessert.  What made this dessert so special was the secret blend between a highly alcoholic syrup and raisin blend used in the filling of the fluffy dessert cake.

Consequently, this blue-veined cow’s milk cheese was born and aged in an alcoholic bath under the careful tutelage of a noted pastry chef and cheese alchemist.  Briacacio has a soft, compact external structure.  On the inside instead, the cheese is quite moist, and strongly redolent of its alcoholic bath.  The aroma of this cheese selection is borderline overwhelming and remarkably heady.

Do you love classic Italian ingredients as much as we do?  Don’t miss Francesca Ciancio’s peek at Panettone, in Do Sustainable Panettones Exist? Yup, wanna know where?.  Mamablip food journalist Lele Gobbi takes a closer look at another dairy dynamo, Buffalo-milk Mozzarella, in Mozzarella: a Mediterranean Cheese Sought the World Over!   Want to know what chefs are making the most of Italy’s finest gourmet ingredients?  Sara Porro proposes Paolo Lopriore - Expressing Italy's Finest 0KM Options. 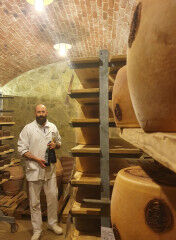 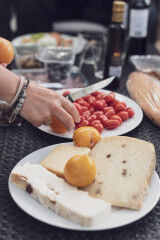 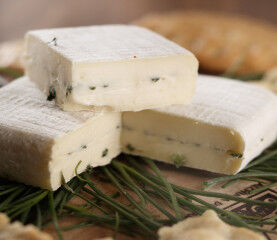