What is Arneis wine? The grape variety, the history, the aromas and characteristics of a great Italian white wine

Arneis is a white wine grape variety that originates in the Piedmont region of Italy. The name Arneis comes from the Italian word "arnica," which means "heather" or "chickweed." 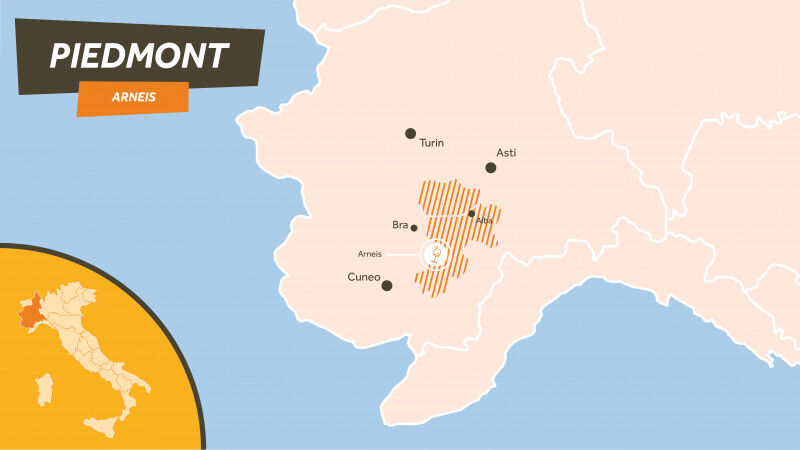 What is Arneis Wine?

Arneis comes from the iconic Piedmont in northwest Italy. Researchers claim it has grown in this region for several centuries. However, this is only speculation that’s based on grapes with similar names appearing in viticulture records of the 15th century.

For years, the grape was used in blends with Nebbiolo to soften the latter’s tannins. 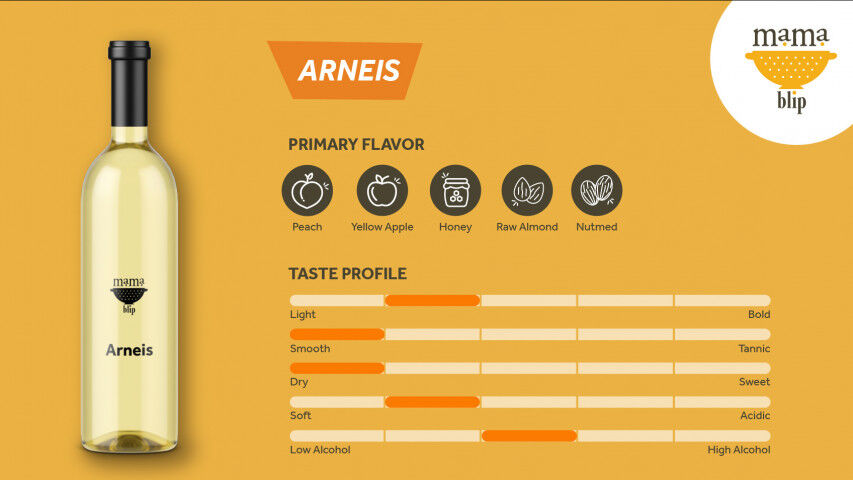 Vignerons also planted Arneis close to Nebbiolo so that hungry birds and insects would feast on the less valuable white grape rather than the prized black varietal. This all changed when winemakers moved to making varietal Nebbiolo wines (aka Barolo and Barbaresco) and, in the late 1960s, the Piedmont wine region experienced a revival in interest in its wines.    At this time, Arneis plantings were very low but Alfredo Currado of the famous Vietti family of vintners lovingly brought it back from the brink of extinction and gradually established it as the fine, sought-after varietal it is today. Most of the world’s Arnies grows in Piedmont. Arneis is usually dry but also appears in sweet passito styles making it a versatile food wine.

Dry Arneis is a fresh white wine with a yellow-green hue. It boasts fruity notes of stone fruit, orchard fruit, and some citrus as well as honey, sweet spice, and nutty notes. It makes medium to full-bodied wines and has low acidity, a feature that makes it a versatile food wine. Passito styles show deeper honey and spice with hints of caramel and vanilla all balanced by fresh fruit and acidity.

Arneis is produced in dry and passito styles. The former tends to be medium or full-bodied with layers of fruit and nuts, giving it an off-dry impression. It’s generally suited to early drinking.  The latter is sweet and rich making it perfect for sweet dishes. 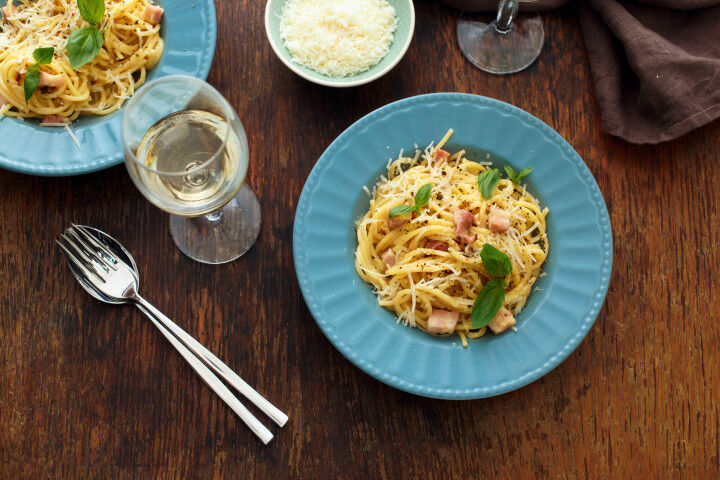 What food goes with Arneis?

The dry style of Arneis is rich and fruity with low acidity making it an ideal partner for a range of dishes. Although it’s dry, the robust fruit gives an illusion of light sweetness making this wine a good complement to hot, spicy dishes. The passito style is layered and rich, and ideal for desserts. For both styles, avoid very powerfully-flavored dishes as very strong aromas and tastes will mask the fruit of these wines. 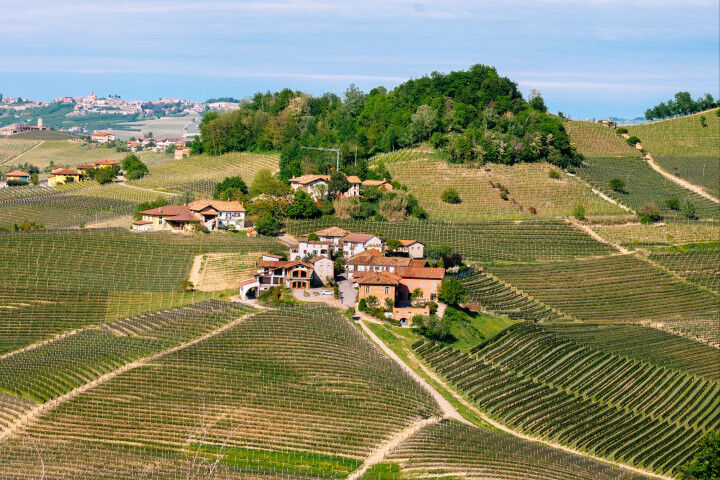 The top appellation for Arneis is Roero DOCG which has become synonymous with this grape. This appellation is found northwest of Alba on the opposite side of the Tanaro River from Barolo and, as such, has garnered the nickname “White Barolo”. Arneis from Roero DOCG is generously fruity with rich pear and apricot complemented by light floral notes and creamy almond and hazelnut.

What is the origin of Arneis?

Arneis is native to Piedmont where records of its cultivation, particularly in Roero, can be traced to the 1400s.   At the turn of the 20th century this famous Italian wine region saw Arneis plantings greatly reduced owing to it being notoriously difficult to train as well as its propensity for low yields.    In the late 1960s, Arneis began to experience a rebirth thanks to the meticulous and patient work of vintner Alfredo Currado.   Traditionally used for softening blends, under Currado’s watch, Arneis gradually gained a position as a fine dry and passito varietal wine.

Arneis is sometimes referred to as Nebbiolo Bianco, but if it has any genetic links to the legendary red Piedmont grape, they are tenuous. Some ampelographers claim Arneis is a grandchild of Nebbiolo. However, in Roero, it has this name Nebbiolo Bianco is because of its location just across the river from Barolo.

How is Arneis made?

Arneis is difficult to grow as it has naturally low acidity and can quickly become over-ripe if left too late on the vine. The variety can also suffer from mildew although clones that are more tolerant of this condition are more widely used now. These factors all influence the cultivation and vinification of Arneis.

Vignerons have realized that soil type can greatly influence the profile of Arneis. Chalky sandy soils around Roero encourage the development of greater acidity while terroir rich in clay makes highly aromatic wines.

Dry Arneis needs a carefully-timed harvest so that fruit retains bright aromas and flavors as well as any acidity. Vinification is similarly meticulous with gentle pressing and vinification that preserves and promotes fruitiness.

Passito Arneis is made from fruit that’s been harvested early for acidity retention then dried indoors on straw. This process concentrates sugars and flavors resulting in a full, rich, gently sweet wine.   Arneis used to appear in Nebbiolo blends from Roero, but this practice is gradually decreasing in favor of varietal reds.

What kind of wine is similar to Arneis?