How does something so small make such a big impact? 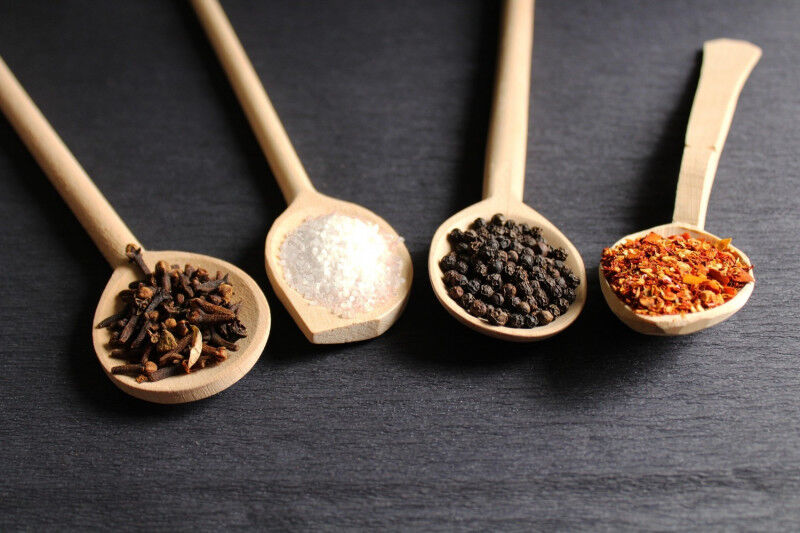 What are Italian aromatic herbs?

A special blend unique to each household, there are base elements we’ll go over together before taking a more in-depth look later.  While there are established regulars that pop up without fail in 99,9% of classic cucina povera dishes, I love the warmth and sharpness spices and herbs add to many of my dishes, and I love experimenting to find new combos.  What are the classic herbs and spices I use all the time?  They are basil, rosemary, thyme, sage, oregano, and parsley. Sometimes I also toss mint in the mix as well, but these aromatics are in some shape or form always in my dishes.  I even use them in desserts and not-too-sweet sweets. Rosemary or basil and lemon are excellent palate cleansers, especially after a full-on Italian-style meal but before you dive into a rich dessert.  Spices and herbs aren’t just for seasoning dishes but also help with digestion and feelings of satiation.

Have these herbs and spices always been a part of Italian cuisine?

My grandparents always kept a reliable arsenal of potted herbs in their kitchen.  Depending on who was wearing the chef’s hat that day, my grandmother or grandfather would pluck a handful of fresh leaves, and the potent aromas would fill the air.  I especially loved the piney smell of rosemary, and how its perfume would linger on my fingertips afterwards.  My kitchen memories from a lifetime spent watching and participating in my family’s kitchen also include my grandparents’ tasty fresh pasta dressed with melted butter and sage and their pork loin and roast beef with rosemary.

Spices first appeared in regional cooking with the Romans, who enjoyed complex dishes during their very social banquets.  Wealthy Romans considered banquets an important feasting moment, so their tables were laden with complicated preparations to highlight ingredients from their conquered territories.  The majority of the Roman population however was made up of poor slaves or ordinary citizens, so their diets were much simpler and food was generally unseasoned.  Romans also brought their spices with them when conquering northern Europe, so there was a lot of give and take between the different worlds and known lands of their time.

Spices worked their way into Italian cuisine from the northern Veneto region, where Venetian society met with international customs via foreign boats bringing in exotic goods. In Venice,boats from the East were laden with spices like pepper, ginger, saffron, cinnamon, nutmeg, mace, cloves and coriander.  These spices became an essential part of Italian cuisine, both from the necessity to spice up bland food and of even greater importance to preserve food. Herbs and seasonings made food preservation possible as well as making it no longer necessary to rely as heavily on salt.  While today we might avoid over salting for health reasons, in the past it was also a question of cost as salt was precious and costly, even used as currency at times.  Venice’s traditions eventually traveled down through the rest of Italy, and in addition to its practical uses, spices and herbs eventually became an integral part of cooking.  In Tuscany, for instance, chefs were known for their creative uses of spices, leading to unconfirmed suspicions that Tuscans were intent on masking the flavor and odors of less-then-fresh ingredients.

Stay curious folks, I've got more for you in Part 2, all you ever wanted to know about Italian Herbs, and I'm not talking about a spice blend!  Keep reading in Part 2 to wrap up your lesson on this fundamental part of genuine Italian cooking.

Got questions?  Send 'em over on my social media pages and I'm happy to let you know the answers.