What's the difference between an osteria and a trattoria? Italian diners select trattorias and osterias for comfort food, learn about both restaurants. Why Osterie in Italy are booming, and what to drink and eat there. 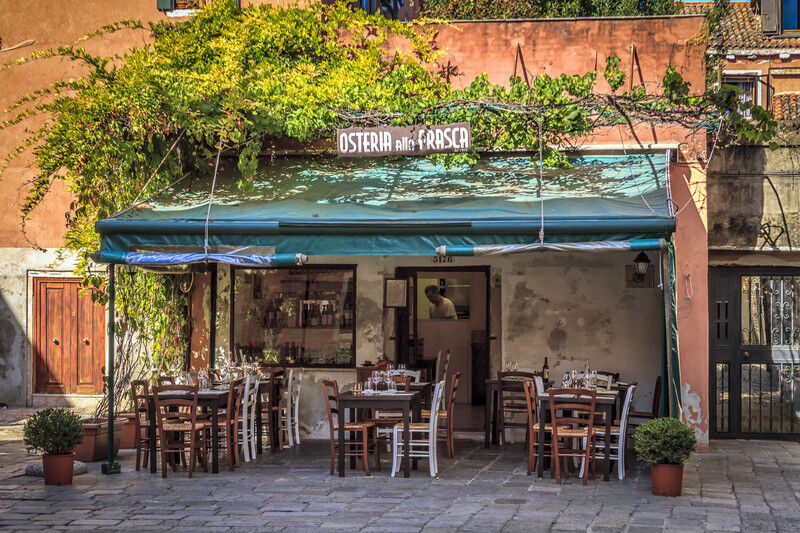 Getting to know Italy's neo-trattorias

While it wasn’t immediately evident, when Diego Rossi (chef), and Pietro Caroli (maître de salle) opened Milan’s Trippa in 2016, it was a watershed moment, one of those points in time with a clear before-and-after scenario. 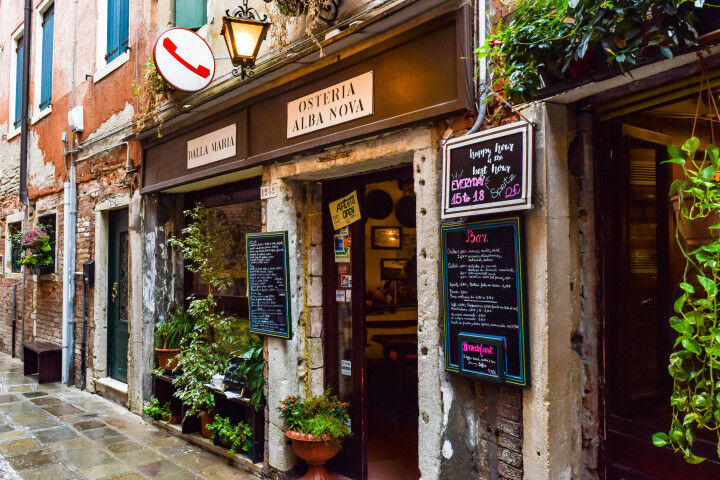 What is a Bistrot called in Italy?

We’d be mistaken to look for the Trattoria’s origins in France, where the first half of 2000 saw the explosion of the “neo-bistrot” phenomena.

Neo-bistrots, while an appealing selection, don’t do justice to the Italian concept of trattorias. Neo-bistrots were replicating top-tier restaurant cuisine in a “no-frills” context.

The neo-bistrot approach proved to be a low-cost version, quite similar to the low-cost airfare models that took over the market in just a decade ago: offer local and international flights at a fraction of their original price (in many cases, less than the cost of a movie ticket).

This ease of travel also gave life to the notion of the “destination diner,” or individuals who would consider and carry-out long-distance travel for the simple pleasures of even a meal out of their homes.

The cuisine featured in neo-bistrots is sophisticated, with the clear imprint of the chefs creating the dishes. Financial savings come at the expense of table linens, raw materials (thanks to limited menus), and space (mini-restaurants). 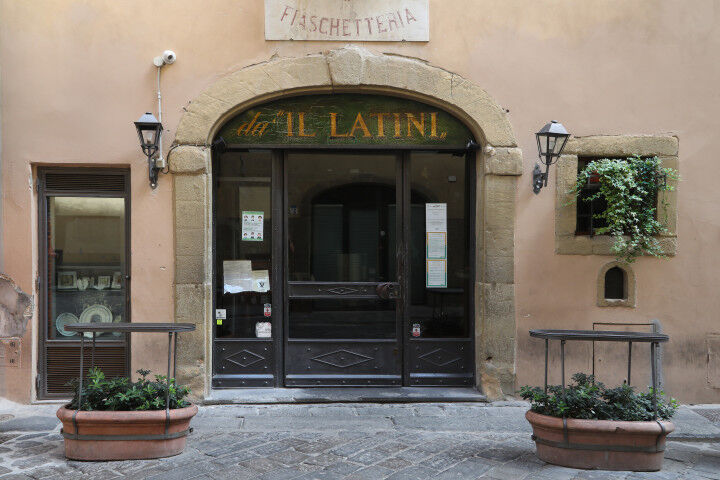 Bistrot vs Trattoria - What's the difference?

Neo-trattorias, on the other hand, reproduce traditional, beloved recipes, giving them new energy and affection by a fleet of eager chefs happy to make some of their own favorites available to the dining public.

Long considered the “poor cousins” of finer-dining solutions, neo-trattorias are bringing back meaning and relevance to these simple dining options. The teams running the trattorias are most ably demonstrating how Italian trattorias are the most authentic, original providers of Italian culinary identity. 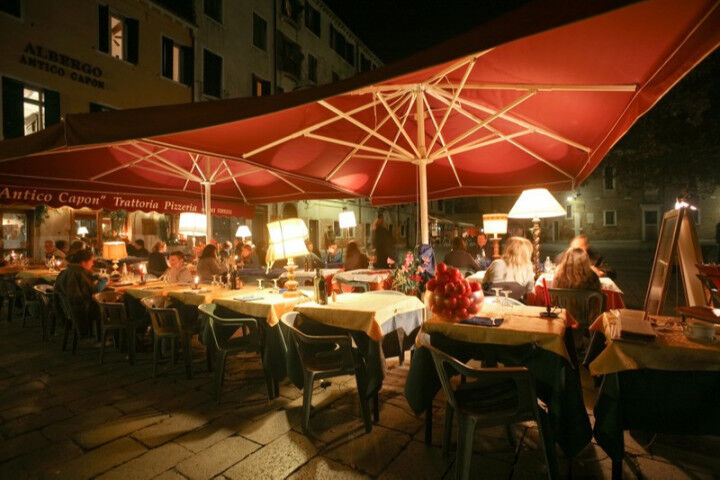 The taverns vs Trattoria:  What's the difference?

Chef Diego Rossi must have been satisfied that everyone agreed upon the role of the trattoria within Italian cuisine, so much so as to bring back another Italian invention.

In March 2020, Rossi opened his new Osteria alla Concorrenza in Milan, on the very same via Melzo street in the mecca of Milan’s restaurant scene.

While both trattoria and osteria are commonly used interchangeably, their meanings are actually quite different. In an Osteria, the star of the show is not the Chef, but the Host. At Concorrenza, we can enjoy the presence of Enricomaria Porta, a convert to the dining world following a lifetime of following other fields.

This very different approach to restaurant authority figures is a direct push-back on the trend in the restaurant world that has elevated its cooks, pardon me, “chefs,” into the undisputed stars of the show. 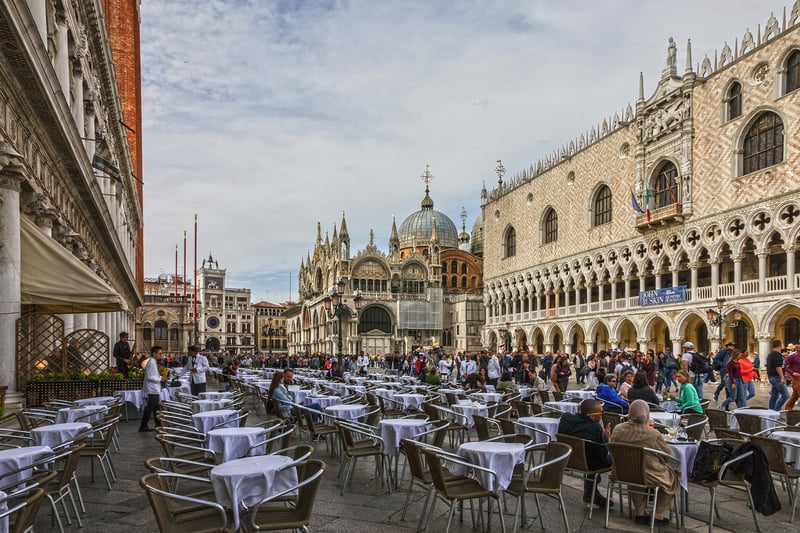 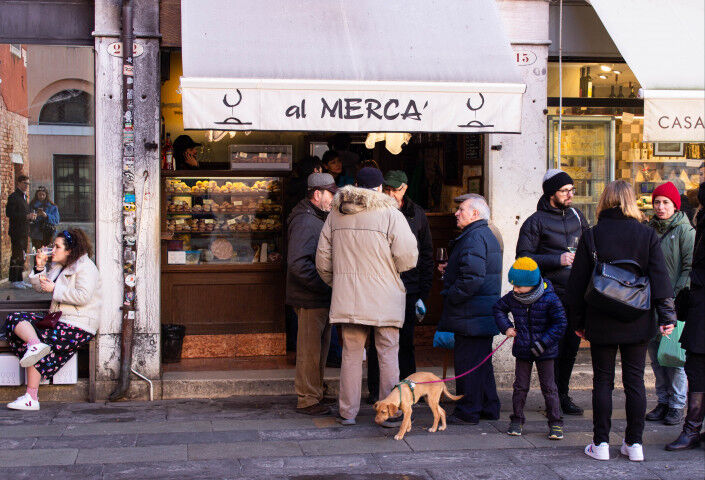 But what exactly does the restaurant maître or host do?

The first goal is to welcome guests, making them feel immediately right at home. The next task is to serve the guests drinks that work with their tastes and needs.

A classic Osteria doesn’t typically include a full functioning restaurant kitchen. We have an array of cold cuts and smoked meats and cheeses as well as a few selections of classic homemade-style dishes that are great fresh and even better when warmed up (following in the best Italian traditions of home-cooked food and it’s need to settle before enjoying!), think along the lines of hearty stews or an eggplant parmigiana.

What does osteria mean in Italy?

"Osteria" is the classic Italian name, whereas "bacaro" is the Venetian realization of the osteria concept. Venetian dialect has its own rules when working in a culinary environment - in Veneto, instead of glasses of wine, we have “ombre,” or shadows, and these wines are accompanied by small tapas-style food pairings locally referred to as cichéti (or cicchetti). 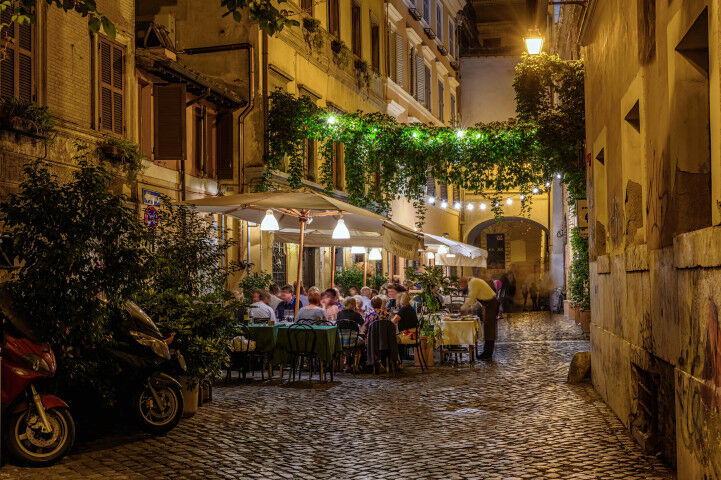 Osteria vs Trattoria: What's the difference?

The Veneto cicchetti tradition has always been held back by its geography, but 2021 could be the year where the Serenissima (Venice) takes on the world with a culinary challenge: newly opened Tomà in Rome offers select cicchetti and Spritz drinks. This new culinary destination is also the brainchild of Tommaso Paradiso, the ex-frontman of The Journalists, a wildly popular Italian rock music band.

Heading back north to Milan, local favorite Tàscaro has expanded, reopening in Via Thaon de Revel 4, Isola. The first bacaro to set foot in Milan, the Osteria is a clear product of Venetian restaurateur Sandra Tasca.

Lovingly beautified with wooden counters and tables, chequered tiles, wrought-iron doors and display cases overflowing with small samples, the restaurant is also home to the sort of snacks that once you taste, you want to keep tasting in eternity. Think of tasty Venetian cichéti with salt cod, saor (sweet and sour aromas), sandwiches, wines, and every variation of the Spritz you can imagine - classic Milanese style made with Campari, to the original Venetian version made with Select (an Italian Amaro or Bitter).

In the end, the difference between a Trattoria and an Osteria can be summed up as such: the Osteria allows food to play second fiddle compared to the main “courses”. We mean wine, and most importantly, a camaraderie and conviviality every meal should feature. 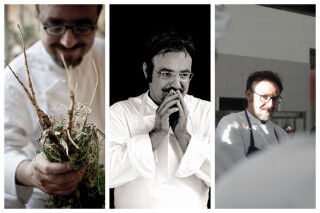 Italy is certainly not lacking in culinary talent, with fine home cooks and chefs on just about every street. Imagine how unusual, how special, and how creative the top chefs must be to stand out in a talented crowd like this one. And yet, Paolo Lopriore has created such a space for himself, named by Fool Magazine and Gualtiero Marchesi as filling the role of a fine, if not the finest, under-rated contemporary Italian chef. Food journalist Sara Porro brings us on an exploration of the world and career of Lopriore - let’s check it out together.