Explore one of Italy’s most underrated contemporary chefs, Paolo Lopriore. Discover the exciting cuisine of Lopriore: local, delicious, and unique. 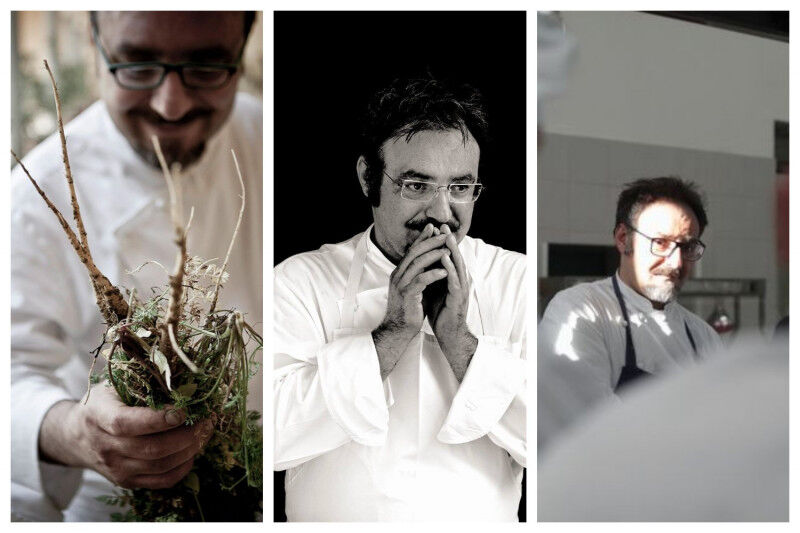 In 2013, Fool Magazine, an influential, trendy food bible for even the most avid of foodies, polled a selection of celebrity chefs and opinion leaders within the culinary industry.  Their question:  the name of the world’s most “under-rated chef.”

Two names stood out from the results:  Albert Adrià, known to most foodies only as Ferran's brother.  Albert was actually the mastermind behind the principle of molecular cooking, whose techniques featured heavily for the next decade within the global world of haute cuisine.  The other name on everyone's lips, including René Redzepi of the famous Noma, was that of the Italian chef, Paolo Lopriore.

THE LONELINESS OF BEING NUMBER ONE

To be sure, Lopriore’s name was certainly well-known already.  Lopriore was already a known entity, as proven by numerous mentions by the late Gualtiero Marchesi.  The Maestro of modern Italian cuisine, and Italy’s first recipient of 3 Michelin stars, whenever asked for the name of his most talented (and famous) students, Marchesi always included Lopriore in his answers.

Nevertheless, Lopriore experience a most non-traditional career, one subject to brusque directional changes and more than one setback.   We all remember Lopriore’s tumultuous farewell to the Certosa di Maggiano hotel.  Startlingly, upon receiving a Michelin star at the Il Canto restaurant, the star was withdrawn upon request and protests from guests of the resort.  The guests likely preferred classic Tuscan-style luxury food instead of Lopriore’s take on Italian haute cuisine.

BITTER AS A TASTING PALATE BASE

In place of classic Tuscan cuisine, the guests encountered Lopriore's dishes: an uncompromising, at times belligerent cuisine.  Lopriore favors a tilt in the direction of bitter aromas, long before the flavor became popularized by the New Nordic Cuisine.  Lopriore’s love for bitter is evident in select signature dishes, like Snails in Green, Ravioli with bitter almonds, cream, peas, and ham or Duck-Breast with Gentian (Gentian is a lovely violet edible flower noted for its medicinal properties and very bitter aromas).

Lopriore then headed to the Kitchen in Como, also a short-lived tenure.  A season at Milan’s Tre Cristi followed, where Lopriore proposed a more classic cuisine.  Some signature elements of Lopriore’s cuisine began to emerge:  high technical levels and skills, and the presentation of dishes placed in the center of the dining tables, in order to encourage sharing and a communal approach to dining.

After leaving Tre Cristi, Lopriore finally returned “home.”  In Appiano Gentile, in the province of Como, Lopriore opened a charming, small restaurant.  Here we find a single dining room, with a welcoming courtyard and pergola for the warm season’s hotter days.

IT'S A FAMILY AFFAIR

Finally free from external constraints, Lopriore was at this point free to begin offering a convivial cuisine strongly linked to the immediate territory, beginning with the use of freshwater fish.  Lopriore’s mother is in charge of the dining room, sometimes taken aback by the pronunciation of techniques or difficult ingredients - especially Japanese, a tradition that Lopriore loves very much - in the dishes on the menu.

A RESTAURANT FOR ALL, BUT NOT FOR EVERYONE

The family management is part of a mentality that wants the restaurant to be accessible, for everyone; at km0 not only in the raw materials but also in the clientele: last fall, when the 11pm curfew was announced, Lopriore conceived a 35 euro menu in the tradition of "bread and companion": an important central dish such as rice, polenta or timballo di crespella, and small satellite dishes with which to compose the dish.

Even the ingredients, of course, are local - not only for environmental reasons, but also so that the cuisine expresses the place, talks about it: for example, the fish is exclusively from the lake, a type of ingredient still looked upon with distrust at a gastronomic level: even if the taste is excellent, the supply is difficult and irregular (fishing in the lake is more like hunting), and the work in the kitchen is often complicated by the bones. Or also: Lopriore chooses not to use red vegetables because they are not grown in these parts, resulting in a cuisine that is sweet in flavor and cold in color.

In the maturity of his path, it becomes clear that Lopriore's cuisine has never been one of protest, or of a rupture; it is rather a documentary cuisine, which bears witness to the truth of the cook, and which in this phase is expressed in bringing to the table the gesture, and consequently the product, of the place where it is located.

Love the reviews and profiles of intriguing Italian restaurants and the chefs behind them?  Be sure to check out Sara Porro’s additional pieces focusing on the Italian culinary world.  Check out Porro’s profile on San Brite, a Michelin-starred refuge in the Cortina d’Ampezzo area focusing on luxury comforts for guests and beguiling dishes incorporating local, seasonal ingredients.

Head southwest for a peek into Rantan, a wonderful farmhouse bringing respite and R&R to guests coming in from nearby Turin, in search of some country-style comfort.  And be sure to check out all the Mamablip articles focusing on the Italian wine and food world! 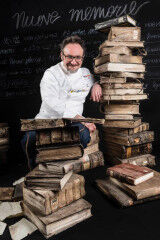 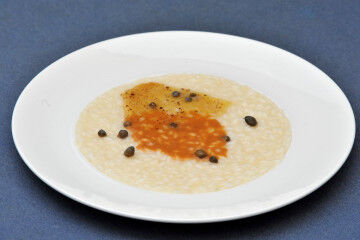 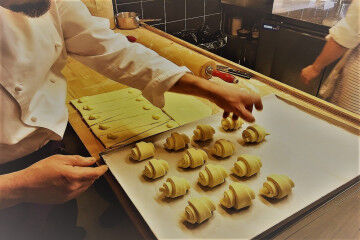