Venice Restaurants: gourmet itinerary in the Venice of the Venetian

An unprecedented itinerary among osterias and restaurants, discovering the Venice of the Venetians, far from the flow of tourists. You have to get over the idea; it is a map that does not exist.

In addition to places, for the 'local' what changes is the temporal dimension, marked by the strides, steps and boats that lead from home to the bar, from work to the osteria, from university to the bacaro for an aperitif.

The best thing is therefore to experiment, both with legendary and new signs, to play at discovering who is writing tomorrow's history today. Here is a list of ideas, with the advice to fill your eyes more than the photograph gallery on your smartphone, and to listen and talk to people, better - of course - while tasting and sipping.

Where do locals eat dinner in Venice? 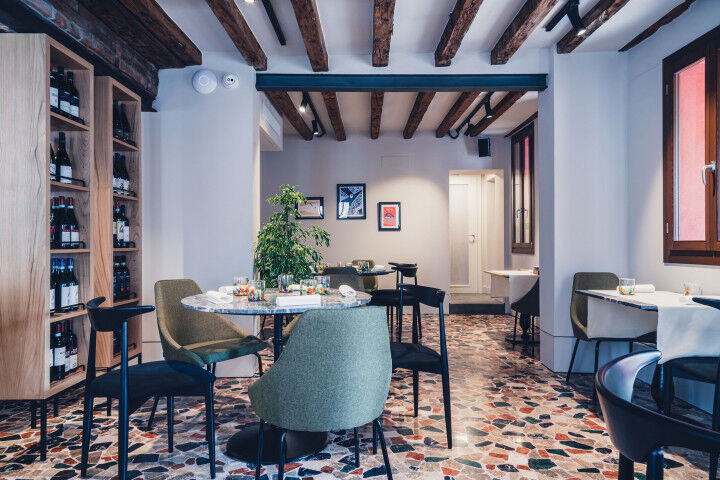 Games of flavours and complicity

A Michelin star since 2021, Wistèria welcomes its guests near the San Tomà jetty in a modern, relaxed ambience. Here, local products and the catch of the day are the protagonists of a contemporary, dynamic and playful cuisine, made up of combinations of flavours, fragrances and colours, with some Brescian influences, like the roots of chef Valerio Dalla Mano.

From the amuse bouche designed to make you lick your fingers to the spaghetti with tomato sauce served halfway through the meal - a dish of the heart before being a signature dish -, everything is designed to amaze at the same time as entertaining and to break through the 'fourth wall' of starred cuisine, thus creating a feeling of complicity together with the diners. 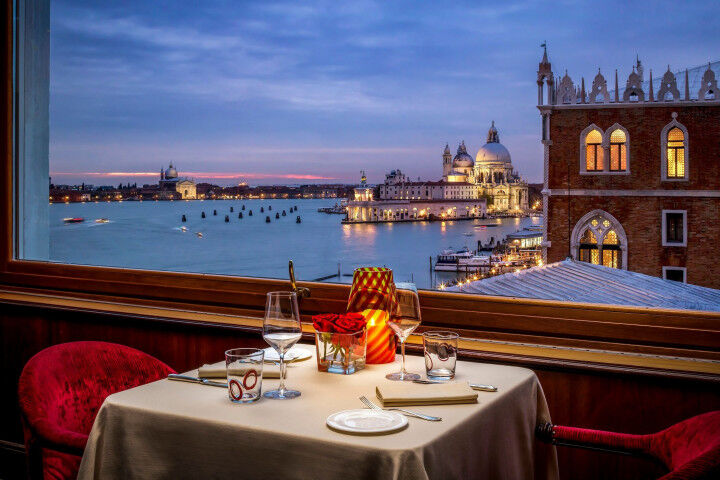 A journey of taste to the Orient

Glamorous salon of the city's cosmopolitan elite and favourite residence of heads of state, musicians, writers and film celebrities. The Hotel Danieli is one of the most famous hotels in Venice and Italy and well worth a gourmet stop, especially in the year it celebrates 200 candles since its foundation (in 1822).

Amidst tapestries, Murano glass chandeliers, frescoes and gold-leaf decorations, one ascends to the Ristorante Terrazza Danieli, located on the top floor.

Here, with an enchanting view of St. Mark's Basin, you can choose from the menu of chef Alberto Fol, who draws inspiration for his cuisine from Marco Polo's travels to the Orient. Until October you can also sit outside on the large panoramic terrace.

The atmosphere of an iconic Venetian bar

An icon of Venetian hospitality, Harry's Bar still retains the atmosphere that has welcomed some of the most famous people of the 20th century since 1931.

Peggy Guggenheim, Orson Welles, Frank Lloyd Wright and Ernest Hemingway have passed through here and it was here in 1948 that Giuseppe Cipriani created the Bellini drink. For a tasty stop, Harry's Bar is always a safe bet. The menu ranges from typical Venetian dishes to great classics based on meat or fresh pasta, such as tagliatelle and ravioli.

Unmissable, the carpaccio alla Cipriani, very famous and invented here in the 1950s to satisfy the needs of Countess Amalia Nani Mocenigo, who was ordered by her doctors not to eat cooked meat. 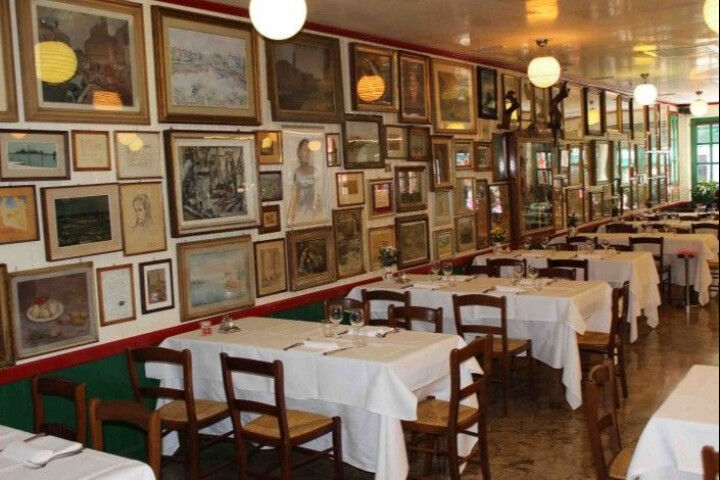 Amidst the colours of Burano, the rendezvous of painters

They speak, the walls of the Da Romano restaurant in Burano. Lined with paintings, sketches and portraits, some finished, some sketched on a paper placemat, they tell of meetings between painters and writers, who loved to stop here and meet up in front of the lagoon's specialities.

Miró, Vedova, Carrà, De Pisis, Matisse and De Chirico are just some of the great names who have left their mark here, often seated at a table in the large dining room, at which Chaplin and Callas also seem to have sat. Who knows if they too tried one of the fish specialities served here today, such as the 'risotto di gò', made from the small lagoon fish? 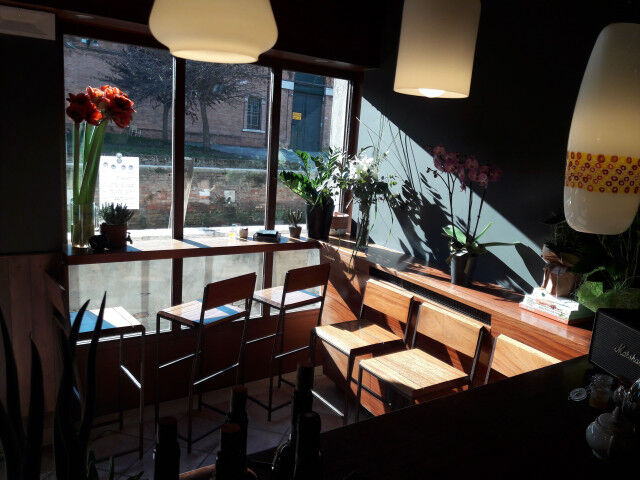 A venue for Venetians

Born from the dream of four friends - Francesca Gatto, Antonio Molon, Giovanna Soglianna and Margherita Zennaro - Caco Nero is a bistrot which was designed not for tourists but for residents. One finds oneself here for a coffee before going to university, for a lunch break or for an aperitif while chatting about the day just gone by.

At breakfast, coffee is served in old 'grandma's' cups salvaged from antique markets, while the midday menu changes every week according to the rhythm of the seasons. A few simple dishes, cooked as at home (by a good hand). Baked trout and potato salad, bulgur with mixed mushrooms and crème fraîche, cod with thyme and pumpkin cream are among the dishes this season.

These are complemented by tasty intrusions with an international spirit, such as meat chilli or dishes with an Asian flavour, inspired by the travels and friendships woven through the calli of the Serenissima. 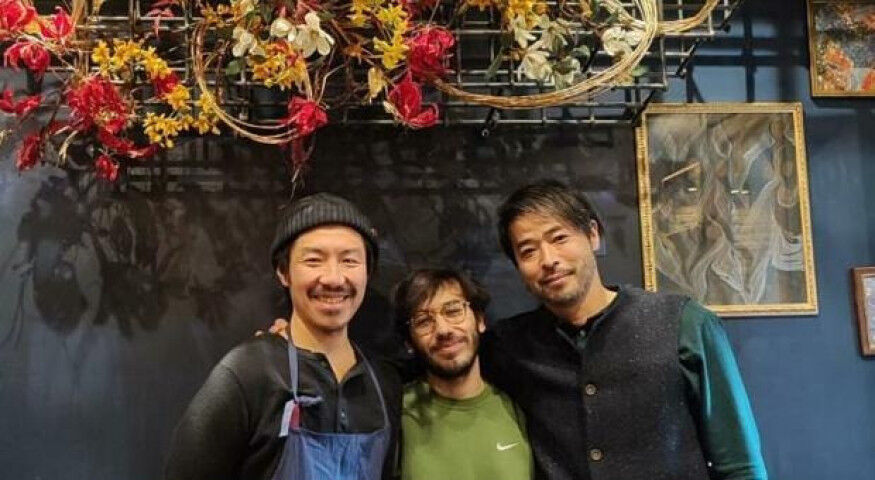 When lagoon and Japan meet

For those seeking an escape to the Orient, just a stone's throw from the Basilica dei Frari there is Koenji. Takahiro and chef Norihiko, Japanese lovers of the lagoon and Venetian osterias, had previously opened two bacari in Tokyo, El Portego and Il Doge, in the Koenji-minami district, Suginami-ku, hence the name of their Venetian premises.

The restaurant is a bridge between Venice and the Rising Sun, combining 'cicheti' and Japanese cuisine. So, in addition to enjoying fried chicken karaage and onigiri, you can enjoy yakisoba with seafood, udon with squid ink, and many other fusions of flavours, to match the selection of sake labels. 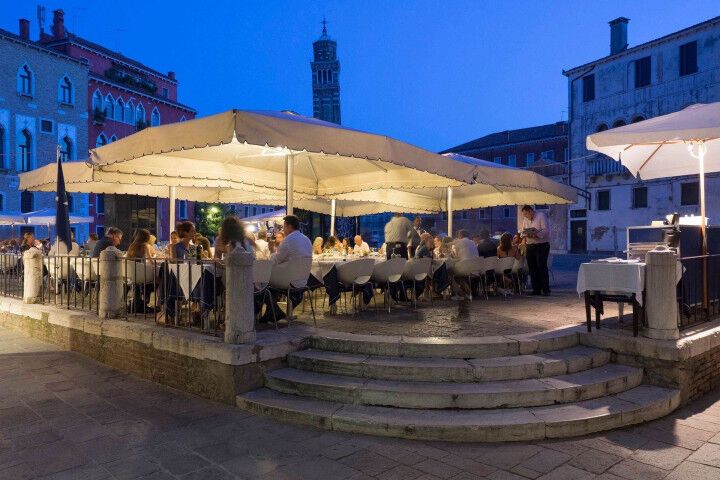 The Amalfi Coast in Campo Sant'Angelo

Who says you have to eat only Venetian? At Acqua Pazza, in Campo Sant'Angelo, you can find all the flavours of the Amalfi coast. From starters to main courses, scampi, fried fish, Neapolitan pizza and - ça va sans dire - Acquapazza fish.

Oil from Cilento, Almalfi sfusato lemons, pasta from Gragnano and anchovies in oil from Cetara combine here with ingredients from the lagoon, such as artichokes from Sant'Erasmo, Granseola (spider crabs) and - in season – moeche (a crab dish speciality) for a culinary embrace of Mediterranean seas and lands. 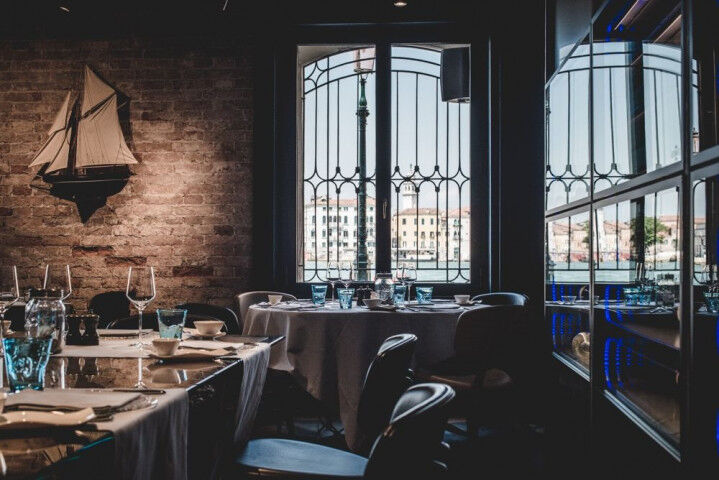 Venetian flavours on the island of Giudecca

There are at least five places that Hilton dedicates to the palate in the sumptuous Venetian venue of Molino Stucky, on the island of Giudecca.  Among these, Aromi Restaurant is home to a cuisine that exalts the simplicity of flavours. Here the executive chef, Luca Nania, creates a menu which is linked to the seasons and high quality raw materials, which combines the products of the lagoon and its gardens with those of the Venetian hinterland, all the way to the shores of Lake Garda.

The sophisticated ambience, with dark colours and exposed brickwork, also extends outside, as long as the season permits, overlooking the Giudecca canal for a glimpse of Venice from a different perspective. 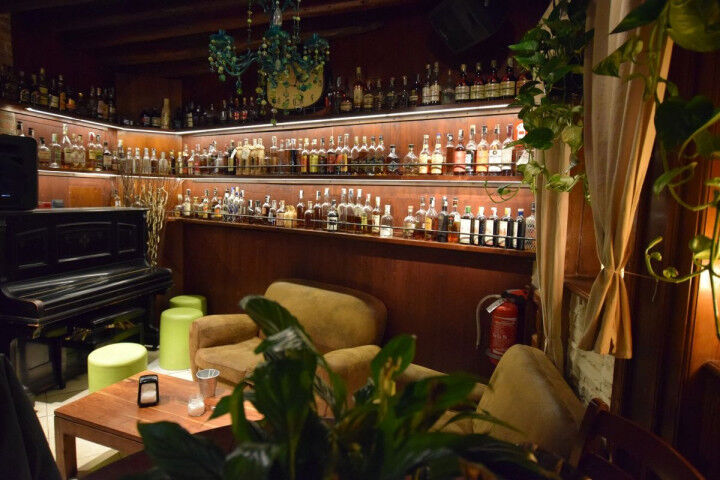 At aperitif time the narrow calle in front of Bacarando fills up. The spritz is the most popular drink for one of the venues that uncorks the most bottles of Aperol nationwide. Once past the crowds, you can make your way to the room next to the bar or the one upstairs, to sit down and order traditional Venetian dishes, cooked with simplicity and paired with one of a hundred wines selected from all over Italy.

After dinner, a bottle rack with over 700 bottles including spirits, liqueurs and bitters from all over the world, await the enthusiasts. When in doubt, ask Bortolo, who will know how to find you just the right cocktail or tipple. 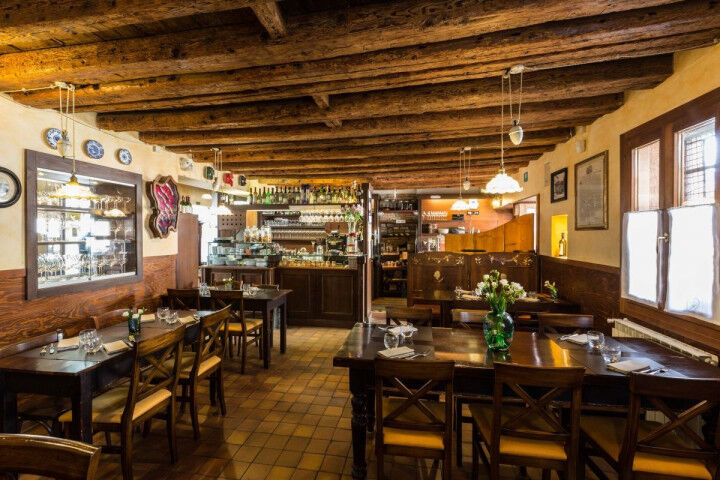 Venice on your plate and the world in your glass

From Campo de l'Anzolo Rafael students pass by every morning, those moving between one site of the university and another and all those who go from Santa Marta to the San Basilio landing stage.

A wide and quiet Campo, at the centre of which is Trattoria Anzolo Raffaele, with an outdoor terrace that reveals a restaurant with a traditional appearance - exposed beams and wooden furniture - but with a Sardinian soul. Fregola and Sardinian ravioli alongside granseola (spider crab), San Daniele, Venetian-style calf's liver and much more.

A fine Venetian mix generated by owners Patricia Vidotto (originally from Friuli) and Luigi Secchi (Sardinian). One of those stories that can only be found in Venice.