Around to Stay - Wine is a Part of Daily Life (Thank Heavens!) 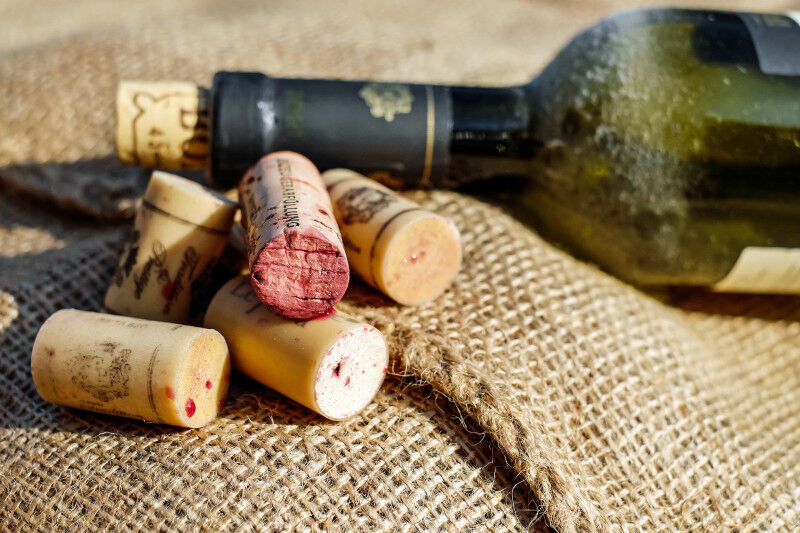 As we’ve seen in our last piece, wine in the modern era looks much different from even just a century before.  Historic events have weighed in on the development of certain sectors, political and social trends have ever more made themselves felt (Prohibition is a big one that comes to mind), and marketing trends have begun to have even more heft on the minds of enthusiasts and novices alike.  Wine sales have gone through the roof, branching out in different ways and reaching people who might otherwise have focused their taste buds and wallets in different ways. It’s a golden era for wine, and let’s explore the modern wine world together.

In the United States and Australia, the technological advancements of the time allowed both countries to produce high quantities of solid wines - they might not have been of the best quality like that found in the small family-run properties in Bordeaux, but they were consistent, they were high-volume, and they corresponded to the needs of the greatest market share of consumers:  the newly expanded, numerous middle class.

New approaches to marketing (as well as the technical and scientific vinicultural methods) were also fundamental in spreading the diffusion of these new mid-range wines. These new wines were used for internal markets only, as exports (from the New World countries to the Old World countries, for example) faced impossibly high tariffs in the name of protecting local wines.  While the mid 1800s saw great leaps made in selling and marketing to foreign markets, by the end of the century, protective taxes had been put in place by many of the Old World countries. The forward integration of the New World companies (the blending of wine production, wine sales, and marketing) was both a success, yet marked by delays and setback along the way. It wouldn't be until the early 1970s that market liberalization would open new channels for cross vendors and consumption to take place.

With the fall of communism, and market neo-liberalization, the wine industry has officially entered a brave new world.  This translates into wine companies either drowning with the current competition or shifting their competencies and flowing with new trends.  Some of this new adjustment translates directly into changing the type of wines produced to match a more established market request, moving away from possible individuality and moving instead towards a more universally-appealing smoother wine style.

Wineries that had up until the ‘70s focused on creating wines for internal demand instead shifted their production gears into crafting export wines. A perfect example is Chile, who went from an 80% retention rate (for local markets) to a 75% export rate for wines produced in 2006.  That's a remarkable difference in market share in a relatively short time. International companies also began implementing more scientific research into their wines, always with the interest of creating more universally appealing wines for consumers to select.

Recent winery ownership has been more frequently the territory of larger corporations with a cash flow to put into research and development. Their ease in applying new technological findings give them a big market advantage over small or family-run wineries selecting to continue the same way they always have.  With a shift in the public's view of more authentic experiences and flavors, being a family-run wine estate now also does have a certain cache factor. There has always been admiration for the niche producer, but less of a market share or people willing to buy into the ideas followed by the smaller wineries.

Big-scale innovations that have been tested and tried successfully include trellising, irrigation systems, vine plantings at prescribed distances, intensive pruning at different moments of the season, delaying harvest to allow for greater grape maturation, precision in inducing malolactic fermentation and the use of industrial yeasts, the use of stainless steel tanks for fermentation and the operation of French wooden oak barrels for ageing wines.

Small label producers and wine critics alike worry about the future of a world where wines all taste the same and can be interchangeable, even if highly drinkable.  But it's not as dire as it would sound - the situation above describes a large chunk of modern viticulture, but there certainly has been a trend of carving out specific market share for niche wineries.  These small-label estates are dedicated to producing memorable, unique wines heading away from the trend of making highly-drinkable wines with little ageing needed. The horizons actually look really good for a comfortable co-existence of both big-name producers and small-label family run realties with stories to tell, and amazing wines to share.

Some of the best places in the world to experience these distinct wine approaches are here in Italy - come visit and soak up the flavors and histories throughout the various wine regions!  If you've never checked out the Montalcino area before, start here with Filippo Bartolotta's intriguing in-depth look at what makes the Montalcino area so special.

If Montalcino gets your travel bug going, don't stop and be sure to follow-up with some videos in Filippo's Brunello wine tasting series.  Brunello di Montalcino lovers rejoice!!