What are Types of Italian Bread? 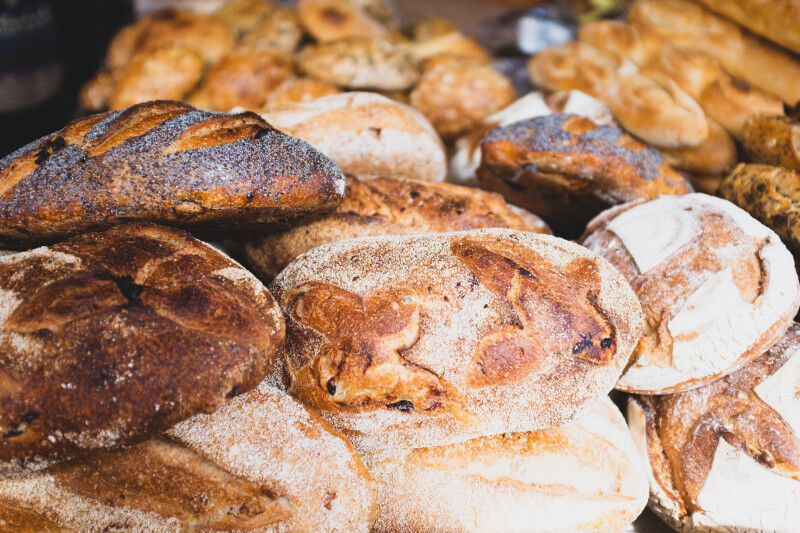 ALL ABOUT ITALIAN BREAD

Bread is the cornerstone of all human civilization, it is fundamental, and for many cultures, represents the single most important source of daily nutrition. In a nutshell, bread is a combination of grain, water and leavening agents, all mixed together and baked.  Sometimes you don’t even need the yeast part - just use flour and water, a bit of baking either in a tray or stone, and you’re good to go.  But what bread is goes deeper with an almost mystical element that feeds both our bodies and souls.  Bread is one of those rare creations that everyone, EVERYONE, can enjoy and find pleasure in.  Is there anything better than coming into your home and smelling the wafting aroma of freshly baked bread?  The “freshly baked bread” scented candles was a smart marketing decision indeed.  Something clicks psychologically when we smell bread baking, and your tummy immediately responds.

Bread’s role in the Mediterranean Diet began slipping in the 1950s, as pasta gained territory, and while overall per person consumption has gone down in recent decades, bread remains one of the most important elements of Italian cuisine.  Not just from the nutritional perspective, but also as an actual ingredient in many traditional Cucina Povera dishes.  While people were traditionally accustomed to baking bread at home, time constraints and know-how pushed people to buy bread at bakeries or supermarkets. When buying bread, the temptation is to get whatever your eyes tell you is the big kahuna of the bread world, which I am totally guilty of doing.  Crusty heaven to go....your rational side doesn’t stand a chance.

Each Italian region has its own specialty breads, and each one is quite unique. Just like my children, I love each and every one, not more or less, if my kids are reading this, ciao amori, and each has unique characteristics that I appreciate.  Keep reading below to check out my favorites from each region. Warning: there are a lot….but it’s bread!  How could I possibly resist?!

THE HISTORY OF OUR BELOVED BREAD

Bread is one of the oldest cooked dishes in human history.  First appearing in Italy with the Romans via ancient Greece, it quickly became a fundamental, even sacred, part of daily diets for both upper levels of society as well as slaves, although their bread was made with lower-quality wheat.

After several decades of expansion, wheat needed to be imported to meet growing Roman demand.  This ushered in not just grain but also exotic recipes, and some of our favorite breads today are the result of then-faraway peoples and lands.  The piadina, for instance, certainly reminds me of Lebanon and Syria’s unleavened khubz flatbreads.

Predating the terrible comments of the despotic Marie Antoinette, “If they have no more bread, let them eat cake,” Roman emperors also knew that to keep the populace subservient, they had to allow entertainment and food, “panem et circenses,”  so bread was the ingredient they conceded securing its place in history.

Flash forward several centuries - bread in the Middle Ages in Italy was still essential for most meals.  In fact, a big chunk of bread called a trencher was actually pretty smart:  food heaped on top of the trencher allowed you to eat your meal and your plate.  Bonus for not having to wash any dishes (or cutlery, as that wasn’t around yet).

Today bread baking has become an art form with over 300 different bread types being made.  Southern regions are particularly prolific, thanks to the southern region of Puglia, Italy’s “Bread Basket.”  While some families did own small wood-burning ovens and would make their own bread until just a few years ago, today’s bread makers are still very active and critical parts of society, particularly in moments of global pandemics.  Bread is also a part of religious ceremonies and festivities, and there’s no shortage of fascinating shapes, recipes, and preparations built around religious holiday breads.

THE DIFFERENT TYPES OF ITALIAN BREAD FROM THE VARIOUS REGIONS

Every single region in Italy, and even cities and towns within those regions, have their own methods of preparation.  So, there are literally hundreds of deliziosi, fragrant breads throughout the country.  Let’s take a closer look.

In my home region of Tuscany, the bread is famous for being prepared without the addition of salt, making for a gentle-on-the-taste buds experience when eating it.  The scarpetta (using chunky bread slides to soak up delicious sauces) gets taken to a whole new level when using bread that on its own is mild.  Nothing makes me happier than seeing that a sauce is so good that someone wants to hoover up every last drop, something that a scarpetta allows.

Other regions, from Lombardy to Sicily, are home to seasoned, herbed specialty breads absolutely worth tasting on your next food-focused tour of the Bel Paese.  Curious about what you can find?  Take a look below and start day-dreaming and keep in mind that there are loads more - this is just to get you excited!

- Schiacciata - found everywhere, can be topped with fresh veggies, herbs, EVOO, or enjoyed just as it is.  Originates in Tuscany.

- Tigella - made near Modena, baked in special clay disks, perfection when warm and joined with Lardo di Colonnata spread.

- Pane Guttiau - cousin to pane carasau, with even thinner sheets.  Intended as a snack for Sardinian sheepherders thanks to its endless shelf life.

- Brioche col tuppo - sweetened brioche bread, served with heaping portion of gelato as breakfast in Sicily.  Brioche and gelato for breakfast is a win every single time.

- Babà Rustico - festive bread from Naples, served primarily at special events.  With Parmesan, pancetta, Provolone, salami and more inside, it’s a meal unto itself. 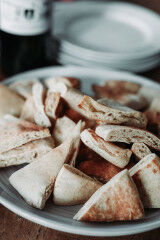 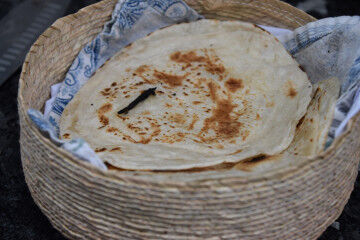