This super value of a super Tuscan is the little brother of Castello di Fonterutoli's Chianti Classico bottling, but with a blending of 30% Merlot to complement the Sangiovese. The grapes are sourced from vineyards planted in rocky soil of decomposed limestone. The wine is fermented and briefly aged in stainless steel before being transferred to small oak barrels for an addional nine months. 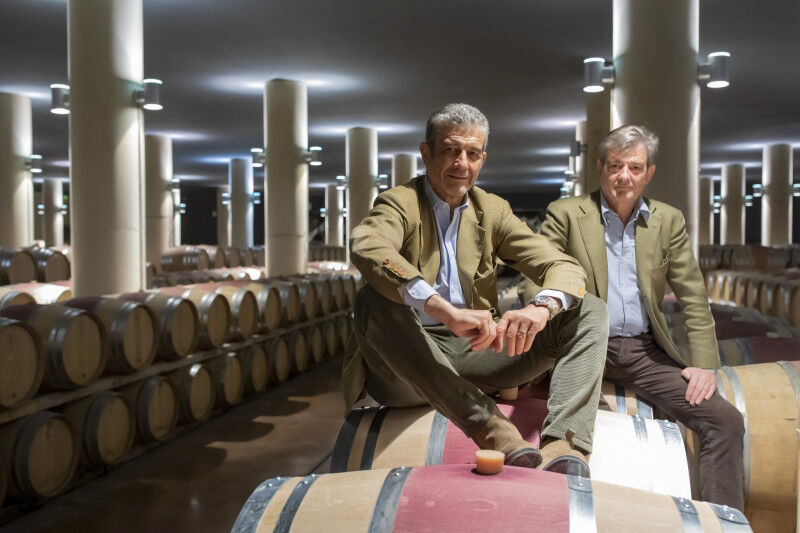 In the Hearth of Chianti Classico - Castello di Fonterutoli

What is Castello di Fonterutoli known for?

The Mazzei family is, rightfully and proudly, a cornerstone of Chianti oenology with a centuries-long history in the world of viticulture and commerce. 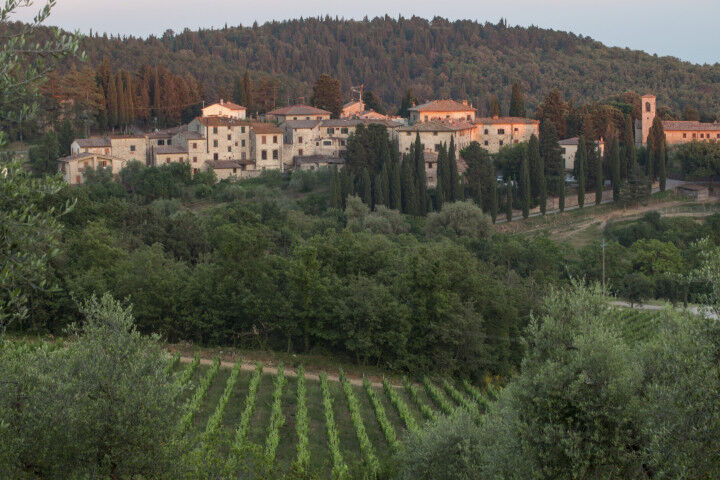 Where is Castello di Fonterutoli?

Fonterutoli is a beautiful village located in the heart of Chianti Classico, in Castellina, and belongs to the Mazzei family. Today, Castello di Fonterutoli remains one of the world's best known historic wineries, which has been able to modernise production without losing any of its identity.

In 1398, Ser Lapo Mazzei, a Florentine notary, reported the first sale of a wine called Chianti. Curiously, that wine was white and probably sweet, whereas today's Chianti Classico must be red and dry. The heirs of Ser Lapo founded Fonterutoli in 1435 and today the estate owned by his descendant of the same name ranks among the most illustrious in Chianti Classico.

The brothers Filippo and Francesco Mazzei are the current owners, and both are managing directors: the former oversees the estate's production, while the latter is responsible for marketing. Outside the borders of Chianti, the family owns two other wineries in Tuscany and Sicily, namely in Maremma (Belguardo) and in Syracuse in Noto (Zisola). 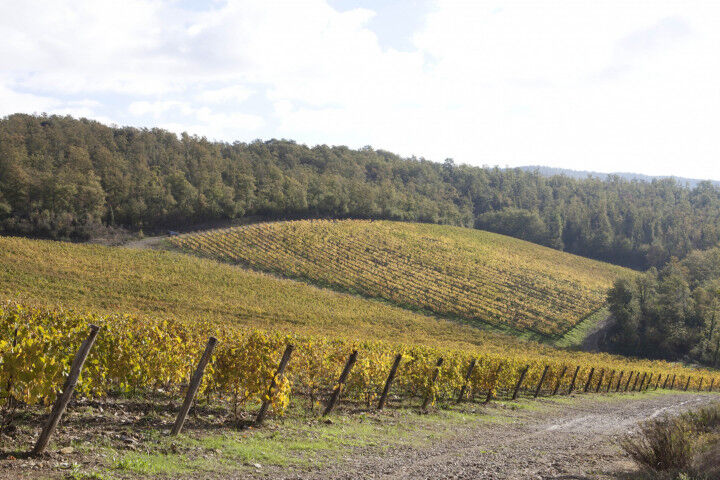 A gradual replanting of the vineyards began in the 1970s with 36 Sangiovese biotypes, of which 18 are exclusive mass selections of their own. 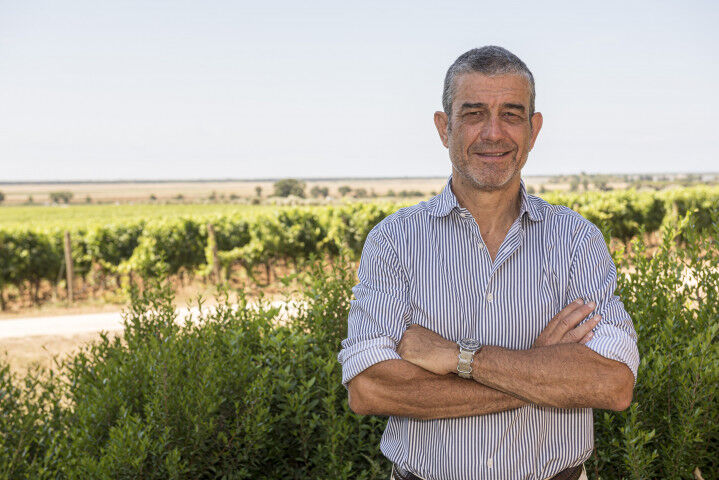 Gionata Pulignani is the technical director, performing both the functions of agronomist and oenologist; while Carlo Ferrini continues some oenological consultancy activities. 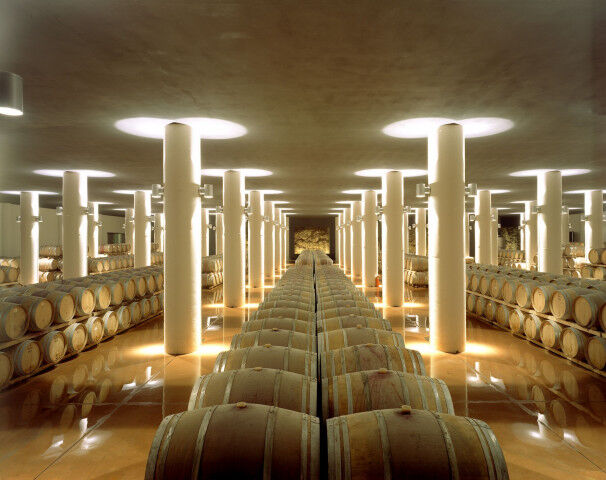 Designed by Agnese Mazzei, who is also the family's architect, the cellar is based on three levels of depth to allow the grapes to "decline" through the various stages of the vinification and maturation process in wood through the force of gravity.

The grapes from each parcel are processed separately to give rise to a series of microvinifications that, combined with the use of fulling and long maceration, produce wines with remarkable colour extraction and particularly soft and elegant tannins. The building, incidentally, is part of the Toscana Wine Architecture project. 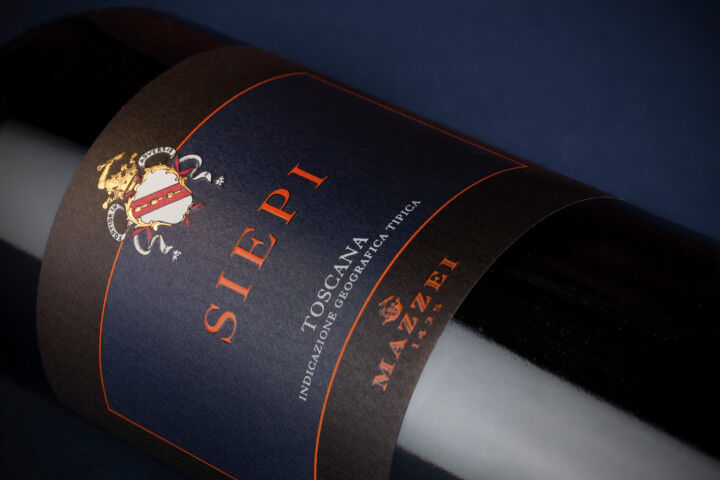 These are wines that have given a very strong boost to Castello di Fonterutoli, especially Siepi, which for some years now has been proudly marketed through the prestigious Place de Bordeaux: an effective organisation that enables it to reach the best restaurants in the world.

Siepi grows on a very deep and structured soil, skeletal, rich in potassium, and magnesium and poor in nitrogen and organic substances: in other words, Alberese, where sodic and calcareous clays lead to good ageing of wine. This scenic vineyard of about 6 hectares, is among the most beautiful in the entire Chianti area.

It originated from combining, in almost identical parts, Merlot grapes (at the suggestion of a local agronomist) and Sangiovese, which saw its fortunes rise from 1985 onwards, due to the famous frost that destroyed olive trees and wheat in these areas and thus gave way to new vines.

Between 220 and 310 metres above sea level, lying on a gentle slope facing south-east and surrounded by dense woodland, the current rows (both from mass selections) of Sangiovese date back to 1997 and 2011, while those of Merlot are dated 1986 and 1987. Guyot is prevalent, but in the Sangiovese there is also some "palmette training", with the aim of obtaining an even more limited production and at the same time helping the vines cope with hotter years.

Finally, separate management in the cellar: 500-litre tonneaux for the Sangiovese, 225-litre barriques for the Merlot, and then reunited after about 18 months of independent vinification and maturation. 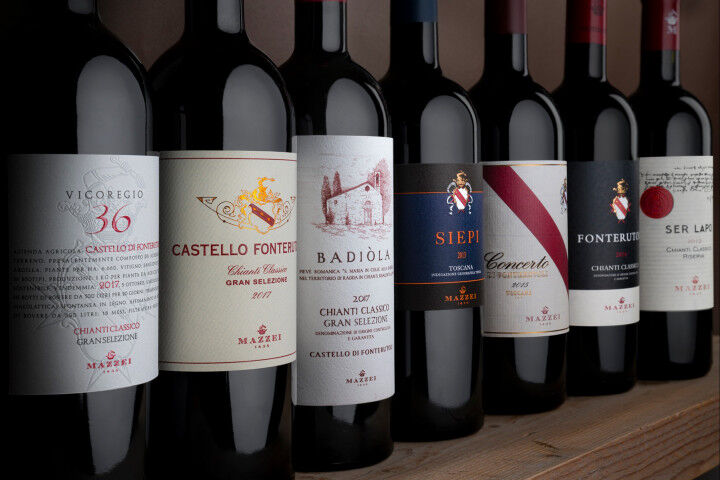 Siepi Toscana IGT 2016: intense, elegant on the nose, with notes of elderberries, plums and tobacco, while on the palate it reveals tannins of extreme finesse, great dynamism in its confident taste progression, with savoury undertones to contrast and refresh the sweetness of the fruit.

Siepi Toscana IGT 2017: rich and pungent in the aromatic spectrum with tones of mint, cherry and blackcurrant; broad, fleshy, exceedingly juicy, with excellent substance and very sure poise, tannins of excellent grain with a finish of cocoa and graphite.

Siepi Toscana IGT 2019: intense and sharp aromas of wild berries, hints of toasting and a background of humus; very broad palate and profiled with enormous refinement; rich in character and with considerable drive on the finish. 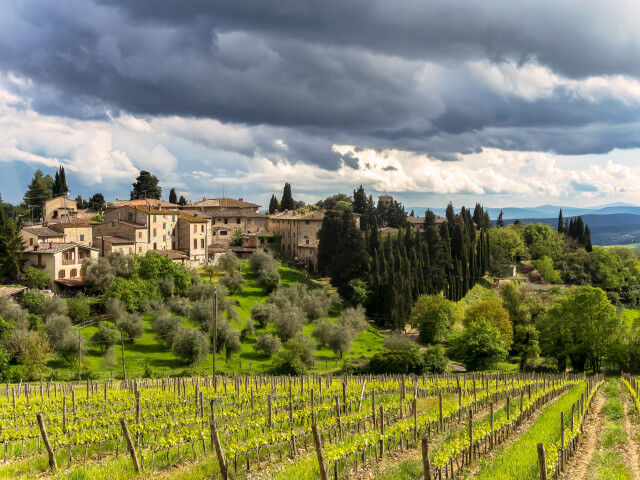 Mazzei di Fonterutoli is one of the Tuscan families whose history is intertwined with that of the land in which, from almost immemorial times, they have their roots: a dynasty which, together with that of the Ricasolis, is most intimately linked to Chianti.