What is Catarratto wine? Grape variety, history and organoleptic characteristics of a great Sicilian white wine

Catarratto grapes are grown in most parts of Italy and California. Catarratto is a variety of grape that has a large, juicy fruit as its main product. The fruit is commonly used for producing musts for red wine production, but it can also be used to produce white wine and even sparkling wines. 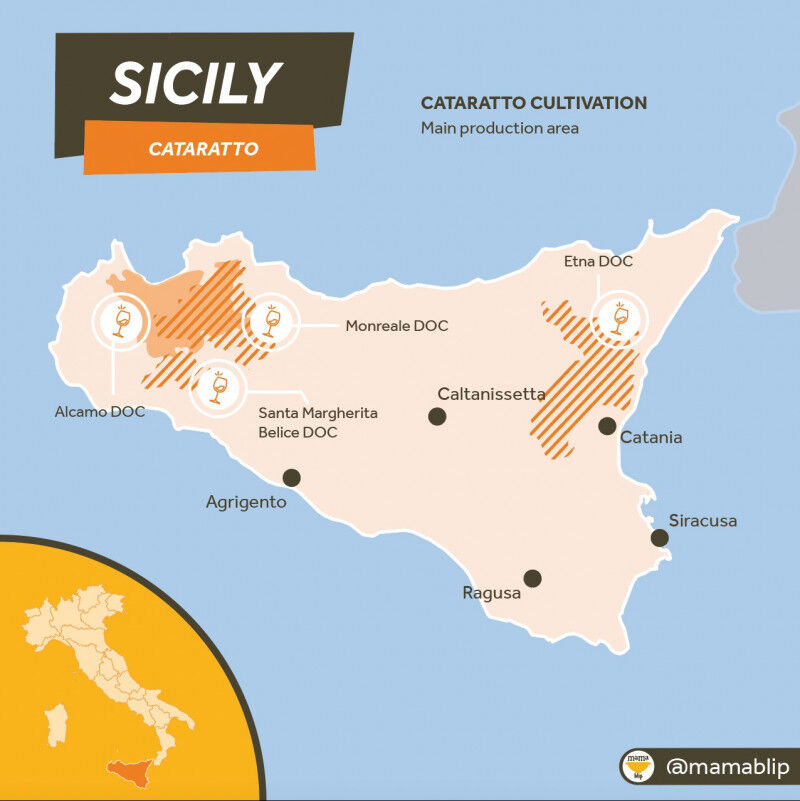 Catarratto is native to Sicily where it makes light, fresh, easy-drinking wines. At first glance, this high-yielding grape doesn’t appear to possess features that result in high-quality wine. Its acidity is low to medium, plus it displays neutral fruit flavors. With the right winemaking though, that teases out a good balance of flavors and acidity, Catarratto produces interesting, fuller-bodied wines. 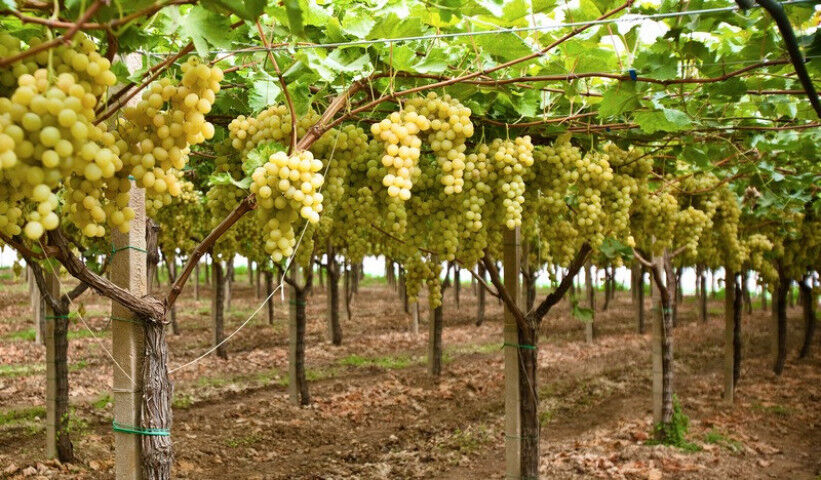 There are three different clones of Catarratto grape, which are differentiated by the bloom (the waxy surface where yeast lives) on their skins. Catarratto Bianco Comune has a prominent bloom while Catarratto Bianco Lucido has less so has a glossy appearance. Entirely without bloom is Catarratto Bianco Extra Lucido. While they differ slightly in look, they’re genetically identical. 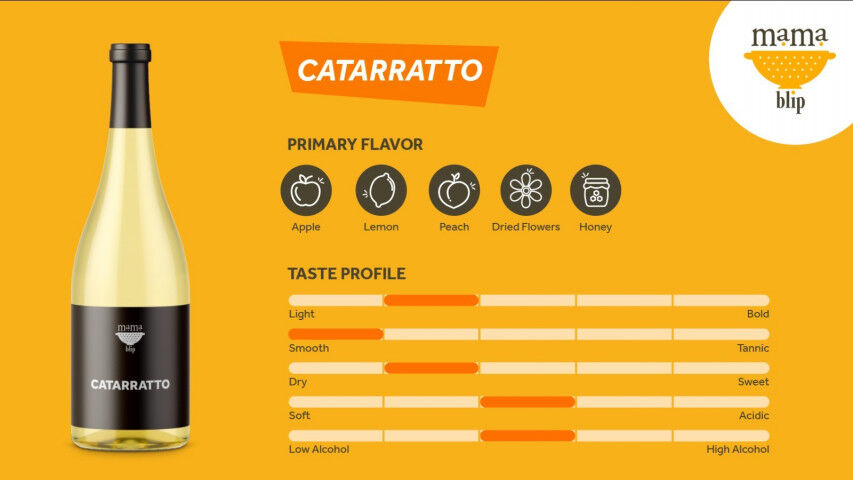 Catarratto features fresh lemon, peach, apple, and pear alongside honey and delicate florals. These features along with its moderate acidity make it a versatile food wine.

Catarratto is produced in blends and varietals in a dry, light, and fruity wine. 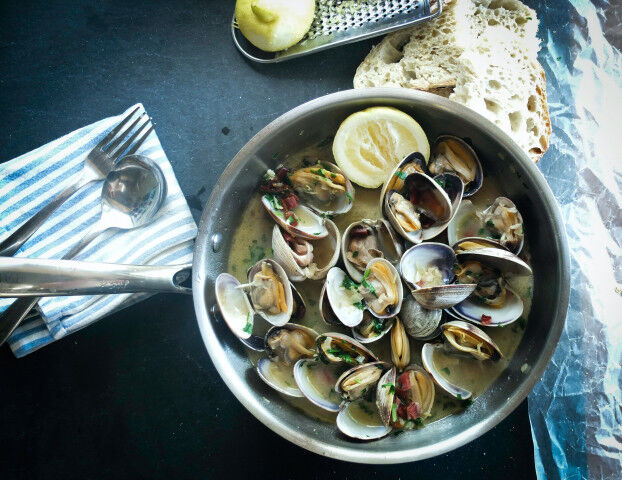 This grape produces everything from easy-drinking, neutral wines to whites with more character and flavor definition. The overall profile is fruity with moderate acidity which makes it a versatile food pairing wine. Its pleasant, easy-going profile means it works well with slightly spicy food so dig out those Asian cuisine recipes. It’s worth noting that a chilled Etna DOC is ideal as an aperitif. 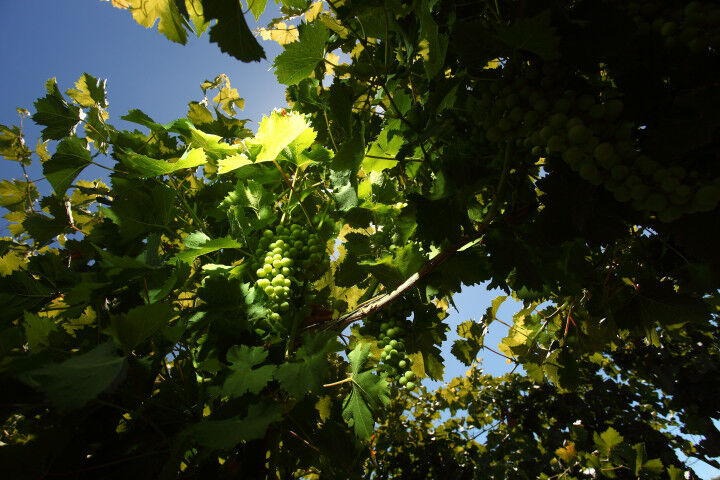 Alcamo DOC covers a large area in northwestern Sicily. It was established in 1972 and covers white and red wines. A white Alcamo is typically 60% Catarratto with the remainder made up of local and international grapes. Alcamo DOC Classico has to have a minimum of 80% Catarratto. Wines are refreshing, fruit, easy-drinking, and typically suited for early drinking.

Etna DOC white features at least 60% Carricante made up with a maximum of 40% Catarratto. This wine is fresh, balanced, and dry with tones of orchard and stone fruits plus citrus and florals. It can age for up to three years. Etna DOC comprises white, red, and rosé wines with 1968 the date of its establishment.

Where does Catarratto come from?

At the same time, ampelographers found links between the famous Soave grape, Garganega. Catarratto is likely a descendant of the northern Italian varietal. 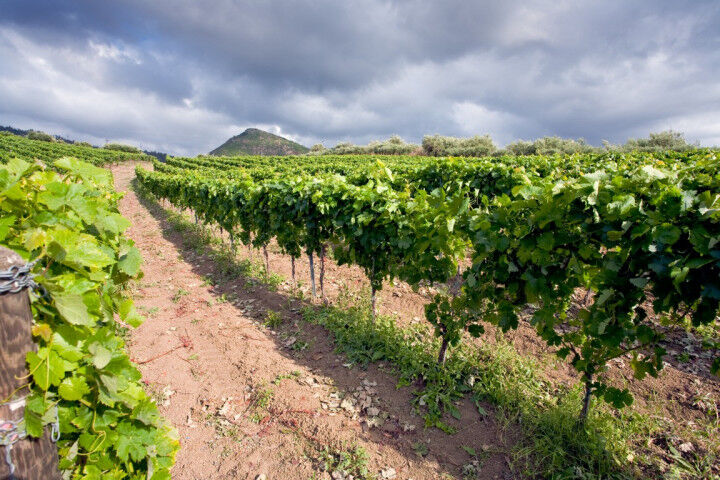 How is Catarratto made?

Catarratto is a high-yielding grape, a feature that typically goes hand-in-hand with a distinct lack of star quality. As such, this grape appears in many blends and few varietal wines. However, vintners can salvage much through viticultural methods ̶ especially in the winery. Fermentation and maturation vessels as well as aging time can do much to bring out the best qualities of this versatile grape.

As such, Catarratto is typically fermented in stainless steel to protect its delicate fruit purity. Sometimes, a winemaker will mature the wine in oak vessels to add flavors, body, and texture to the finished product.

While much Catarratto is ideal for early drinking, there are some examples of wines that have undergone a few years of maturation. Etna DOC wines are an example of whites that can be treated with oak maturation, a process that adds depth and complexity to the wine.

What kind of wine is similar to Catarratto?