What is Chiaretto Wine? 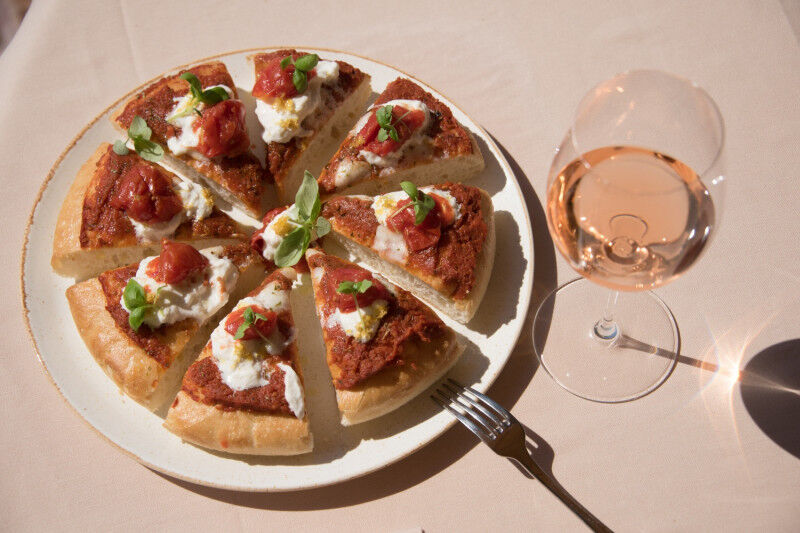 It is appropriate to say, fifty shades of pink. Not the most original claim, it must be said, but one that gives a good idea of what the Anteprima Chiaretto 2021 was all about.

First and foremost, it was a big box!  Inside, there were two smaller boxes, each containing 25 small 5cl bottles, a booklet with 318 interesting facts about the DOC and three varieties of cheese with different seasoned samples of DOP Monte Veronese.

Everything you could need for a solo tasting during the time of Covid, without an invasion of dozens and dozens of 75cl glass bottles. Fifty small bottles, when well-arranged, can easily be chilled the proper time to arrive at the proper serving temperature.

The packaging credit goes to Vignon, a Milan-based company trailblazing the road for reconditioning wine and spirits for companies involved in training, promotion, and sales within the beverage sector.

BUT WHAT IS CHIARETTO?

Above I began speaking about nuances. Well, my overall impression is admiration, because each bottle is different from the next, and pale pink is the color that dominates the scene.  Some rosé wines feature more intense visuals, although upon tasting, they prove to be less interesting.  We even find Chiaretto producers who are venturing down the long aging road, blending 2019 and 2018 vintages together.  This is quite the reasonable approach, considering that some Chiarettos have repeatedly demonstrated that they can absorb time and come back with a most interesting result with additional aging.

The name of this wine type, Chiaretto, also the name of the DOC itself, expresses the very meaning on the wine - Chiaretto in Italian means light, or pale.  The pale pink wine from the Verona-side of Lake Garda, thanks to a recent modification of the DOC’s regulations, can now be called Chiaretto di Bardolino instead of Bardolino Chiaretto.

While it seems like just a “simple” inversion of names, it actually represents a small revolution as it brings the focus right back to enological style.  We of course have a territory, the one of Bardolino, but thanks to the regulation modification, the focus returns to the processing of the area’s grapes, or better yet, the processing of the Corvina grape.

Behind the clear identifying factor of the Corvina grape, we have the story of the Chiaretto vintage, that must ensure three fundamental features of classic Chiaretto selections, yearly harvest anomalies aside.  These features must be freshness, flavor, and citrus-like elements.  How are these characteristics developed?  It’s all thanks to a grape ripened to precisely the right point, contact with the grape skins for just the right amount of time during maceration, to the use of up to 95% of Corvina grape tempered with Rondinella grape which are naturally low in anthocyanins.  The gentle lake breezes and the lakeside’s morainic soils help us clearly identify the wine, and enabling us to declare “this is Chiaretto.”

TWO TASTY WINES ARE BETTER THAN ONE

The other wine we’re talking about?  Bardolino, the appellation that Chiaretto still falls under.

"These are two wines that strengthen each other, allowing each to maintain their own identity,” said Franco Cristoforetti, president of the Chiaretto Consortium as well as active wine producer of both Bardolino and Chiaretto selections.

Cristoforetti confirms that he still has to recover from his intense efforts needed to confirm the regulatory adjustment that was issued just this spring.  "It took four years to reverse two words,”  Cristoforetti emphasizes.

“To ponder the separation of the two wines from each other, and making two separate DOCs is currently borderline impossible.  The time it would take to create these two separate realities is now needed in the promotion of these two wines.”

Chiaretto wines, pandemic aside, are a solid entity thanks to its production by 100 wine-makers. There are nearly 1,000 hectares dedicated to the cultivation of the grapes used for Chiaretto (out of a total 2,600 hectares of Bardolino DOC), with nearly 10 million bottles produced and sold.

"The Rosé Revolution launched in 2014,” Cristoforetti explains. “Chiaretto’s hues are increasingly translucent because the wine’s range of color variations now very narrow.  If Chiaretto’s style is to become widely recognized, it must retain a single color, which is pale pink, possibly with slight orange hues.”

The brighter tones some labels still exhibit aren’t due to the incorporation of other grapes, but instead due to the ‘levata di cappello’ process that tinges the grape must.  Chiaretto producers have almost entirely discarded this process, moving closer and closer to the paler pink tint.”

The pink revolution of Chiaretto di Bardolino actually has ancient origins. Indeed, the name Chiaretto derives from the Latin ‘clarum,’ a beloved wine produced in the provinces of Cisalpine Gaul, which included the lake of Garda, and in Transalpine Gaul, today’s Provence in Southern France.

The connection between Europe’s two most famous pink wines?  Ancient Romans, whether drinking Garda wines or French wines, preferred wines of a lighter, pinker color.  In order to make their wines pink, the Romans utilised the wine press to avoid additional maceration of the juices on the skin.

"What we are aiming at” Cristoforetti adds, “is a production of 18-20 million bottles of Chiaretto, which would bring its production numbers well above the levels of Bardolino.  But that wine won’t ever be considered a lesser wine.  Quite the contrary - with this goal in mind, the producers will trend towards a more careful selection of vineyards, selecting areas like Monte Baldo, La Rocca, and Sommacampagna.

Producers will also work towards a longer aging process, to the elimination of wine enrichment and drying practices.

In short, we want to revert back to when Bardolino was an authentic flagship wine, a reality in the 19th century.  Instead, when focusing on Chiaretto, the Bardolino approach is not shared here.  The pink wine we love is the mirror of Lake Garda’s eastern shore:  fresh, lively, and citrus-scented.  It’s a lakeside wine, with a Mediterranean character.  We plan on sharing this wine’s great personality with Veronese wine enthusiasts throughout the summer of 2021, beginning on May 21st - July 21st.  A series of 100 outdoor musical aperitivo hours to be accompanied by wines and cheeses is currently planned.” 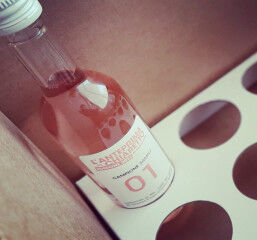 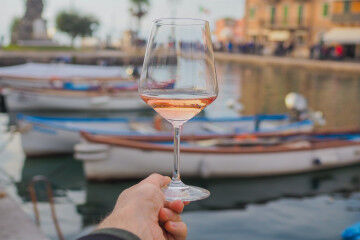