How We Drink Today - A Short History of Drinking Vessels

Where Do Wine Glasses Come From? 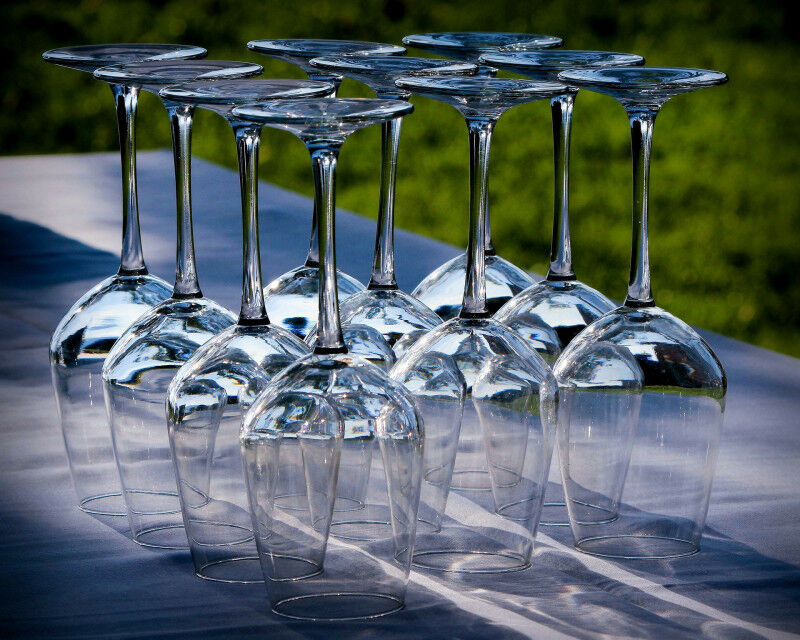 Wine glasses and drinking vessels have been around forever, facilitating drinking and making things easier for everyone, for ages.  Nothing like dribbling your drink down your face as you try soaking up some liquid refreshment from a public water fountain to make you appreciate this invention, saving your shirt front from embarassing spots.  But this article isn’t a peon to laundry soap, or water proof shirts - today I'm talking about glassware that makes drinking and enjoying wines an even more pleasant experience. Check it below, and learn a bit more about this genius contraption.

Glass-making has been around for centuries, with recorded production and even a recipe to make glass in the private archives of Assyrian king Ashurbanipal (from approximately the 7th century BC).  Remarkably, this recipe is very close to how glass is still made today - maybe they were more ahead of the curve than the Romans!  Step even further back to around 2000 BC, in Mesopotamia, and records will also show some of the first handmade glass.  Early production most likely was an intrepretation of the chemical processes witnessed in nature - lightening striking sandy soil, or seeing volcanic lava interact with beachfront sandy spots. Once humans got the hang of taming fire, experimenting with it wasn’t far behind.  Skipping ahead to the Egyptians, archeological sites have yielded decorative glassware in tombs of the elite, whereas common clay tumblers were used for other folks.

Archeologists believe that Egyptians made glass forms by pouring molten glass over earth-made molds, a primitive but effective way of shaping specific forms. Jumping further ahead, we arrive to the Phoenicians, who around 200 BC created the first blowpipe, a tool still used today by select glass artisans - check out Murano on your next Italian exploration to see the masters create astonishingly beauitful handcrafted glass of all types.  Not only was creation of glass shapes much more stable and more precision, but it also was much safer for artisans to work with - a much-appreciated development in workplace safety.  Moving on to the Romans, refinements and techniques in glass production continued.  The introduction and use of the shape-forming mold to produce a greater variety of shapes and greater amounts (almost pre-industrializing access) made access for everyone possible.  The more glass in circulation, the more it became a common household item - archeologists have in fact recovered many heavy glass pieces throughout various dig sites, all testifying to a common use in all socio-economic households.  Romans even began incredibly using glass on windows of their homes in the early part of the 1st century AD.

After the Roman empire went bust, glass-making shifted over to Asia and the Middle East, but came back to European shores with a vengeance in the 11th century, in an impressive Renaissance in Venice.  Stunningly beautiful colorful pieces for both decoration and household uses were hand-crafted, although glass production was officially moved to the island of Murano in the 13th century. The furnaces to heat the glass were considered a threat to the city’s security - the city leaders were more than willing to sacrifice one of the lagoon's islands though.  Murano glassmakers were sworn to secrecy on their production techniques, including the stabilization of the alkaline content in crafting glass, resulting in the much-prized cristallo effect (clearer glass and finer qualtiy). These artisans were prohibited from leaving the island, and if they dared an escape, the Doge's henchman would pounce into action as hired assasins hunting down the glass-making fugitives.  Dangerous business, indeed.

A rival to the Venetian glass-making hegemony soon popped up in the central European area of Bohemia.  Glass there was made with chalk, creating a stronger, clearer glass (Venetian glass was often colored or cloudy).  Over the course of the following years, Bohemian techniques improved, and with their refined, elegant glass, the region (modern-day Poland, Germany, Hungary and Slovakia) is still today the homebase for crystal and stemware factories with esteemed international producers.

What are the next big steps forward in the production of glass for both storage and drinking?  Find out in the very next post! Until then, check out your glasses as you enjoy your next sips of wine, and imagine all the history contained in this very delicate vessel!