Tasting Liguria: Wine and Food Pairings from the Italian Riviera

What are some of the food, recipes, wine specialties in Liguria? Cappon Magro, Brandacujun, Minestrone alla genovese, Vermentino, Pigato. 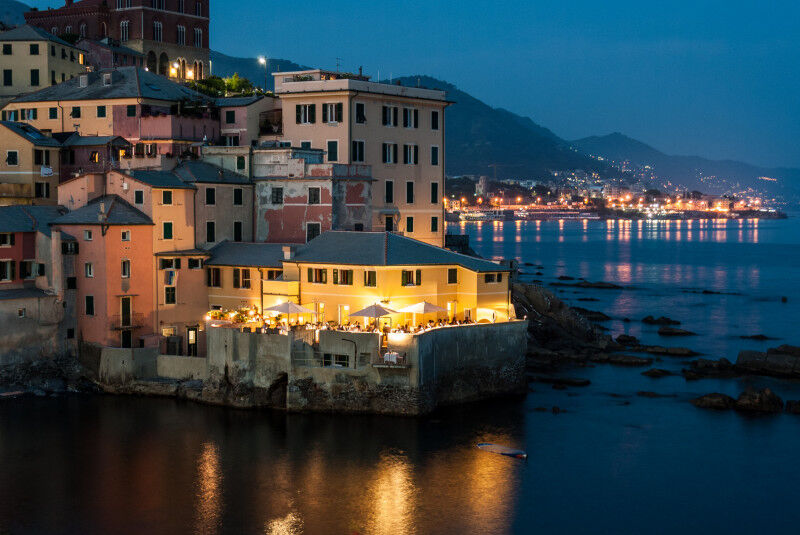 Tasting the Flavors of Liguria: Exploring the Wines and Foods of the Region

Where is Liguria located?

An arc which stretches between Tuscany, Piedmont and France, squeezed between the sea with its maritime pines, aloe trees, agaves and palms, and the mountains, populated by chestnut and beech trees, pines, firs and larches: welcome to Liguria, a jewel-region set between the sea and the mountains, which here cover more than 60% of the total surface area and the remaining part is hillside. 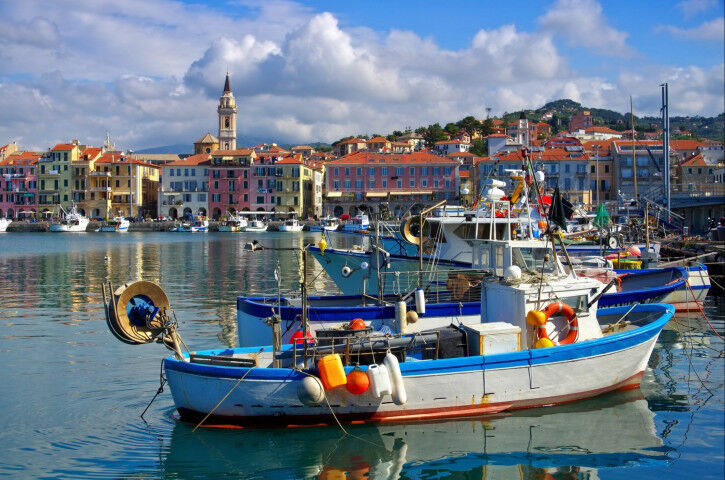 What is the difference between the eastern and western Ligurian Riviera?

Ponente and Levante are the two multicoloured faces of a region that maintains its own distinct identity with its strong, tormented yet extremely seductive nature.

Ligurian Riviera di Levante: landscapes suspended over the sea, almost fairytale-like, beloved by writers who have depicted them and made them known throughout the world. It is the Riviera of Portofino, the Cinque Terre, the Gulf of Poets, in short, that leads east from Genoa to the famous Versilia.

Western Ligurian Riviera: the sea, the stones, the silence. A landscape that is also complex, stretching from the western quarters of Genoa to the French border, in which a narrow coastline with a very mild climate is home to orange and lemon trees and many varieties of agricultural crops. 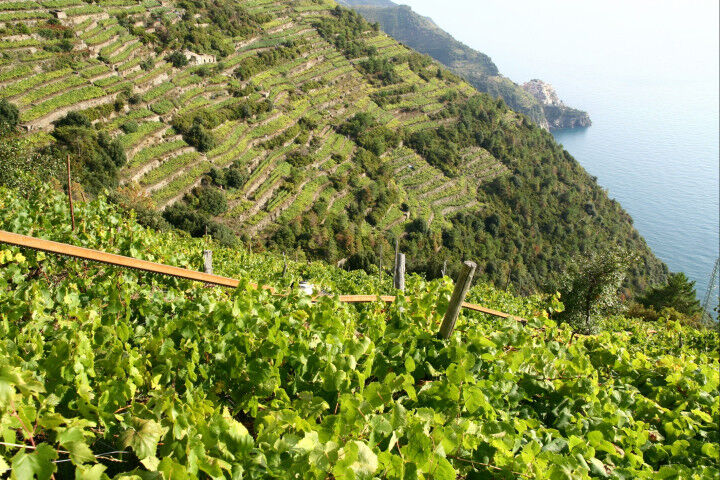 How is viticulture in Liguria?

An extreme landscape interpreted by winegrowers who, here, are the creators and custodians of a 'valiant' viticulture perpetrated since Roman times. All this is exacerbated by a very limited vineyard area: just over 5,000 hectares planted, mostly, on very steep slopes.

Since the vines are cultivated exclusively by hand, they are planted by means of daring terracing and with forms of cultivation such as the 'alberello' (very wind-resistant), and espalier.

What are the most popular grape varieties in Liguria?

The region's two most famous white grape varieties, Pigato and Vermentino, are actually probably the same grape variety, because after years of comparisons and research, scholars have still not reached a definitive conclusion. They have two wines with two different appellations, whereas they could be the same species. In any case, they are delicious full-bodied, savoury whites with a typical, pleasant bitterish finish; they tend to be intense with aromas of ripe peach and apricot, notes of honey and light tones of flowers and musk.

Finally, famous in the Cinque Terre area is Sciacchetrà, a great passito wine from extreme viticulture, increasingly rare and sought-after, made from Bosco, Albarola and Vermentino grapes. 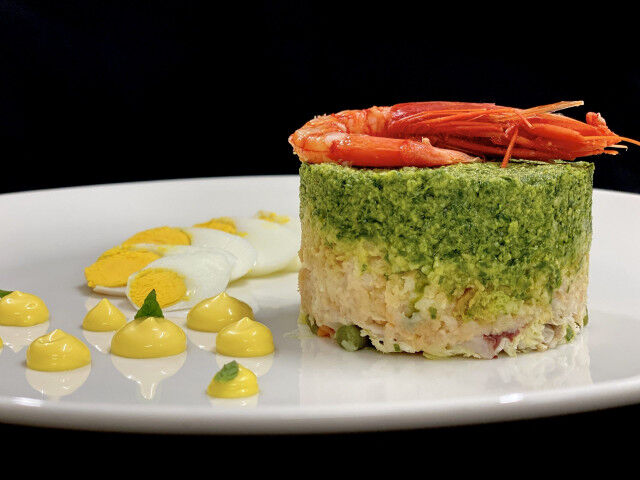 What do you eat in Liguria?

Traditional preparations are skilful processing of raw materials consisting of vegetables, some cereals and pulses, white meat, fresh or preserved fish products (such as anchovies, dried cod and stockfish), aromatic and wild herbs (borage in particular), and light sauces and gravies, substantially free of animal fat.

This is a cuisine which takes mackerel, bughe, saradines, and anchovies, cuttlefish and baby octopus from a sea where fish are relatively scarce with few prestigious fish.

Cuisine from a land virtually devoid of meat, with the exception of some lamb or mutton (superb goat and beans) and farmyard animals (rabbit with olives is a timeless classic). 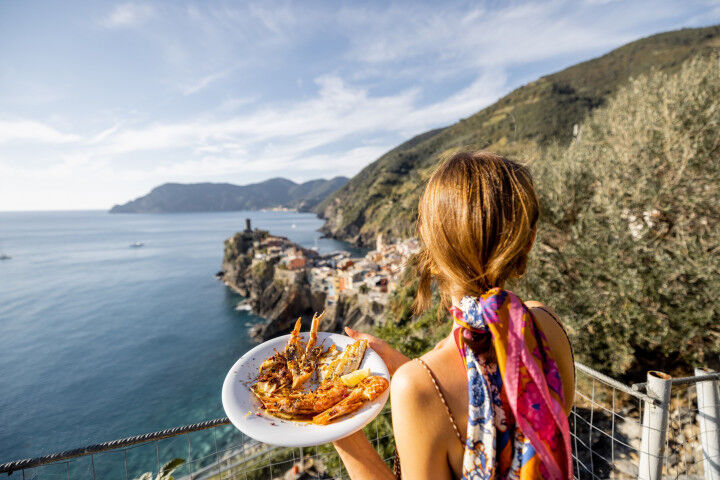 What are the best taverns in Liguria?

Liguria is known for its delicious seafood dishes, so I would recommend looking for taverns that specialize in seafood or have a reputation for serving fresh, high-quality seafood. Additionally, you may want to check online reviews or ask locals for recommendations to find the best taverns in the area.