An ingredient used daily, have you ever given its origins much thought? 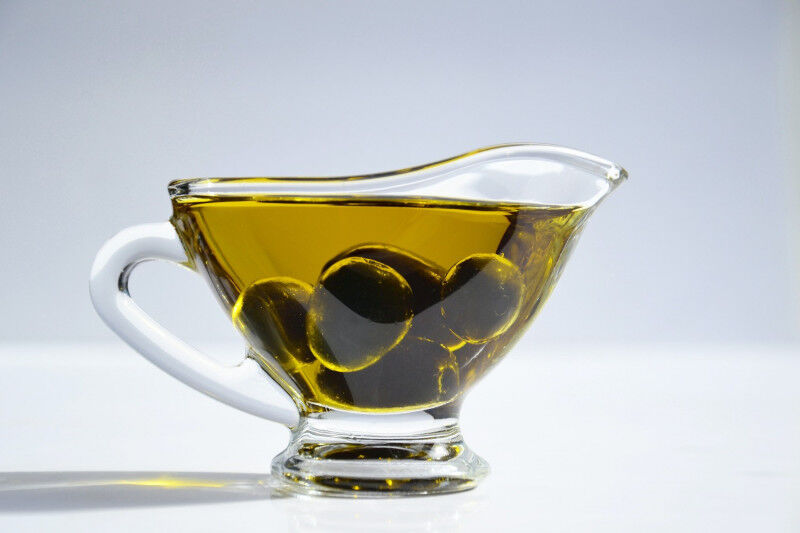 Fads come and go, but olive oil is eternal, or so it would seem.  An essential element of nutrition and social survival among all peoples in Mediterranean culture, olive oil has existed for at least 4000 years, if not more.  Archeological evidence of prehistoric oil lamps shows that long before proper edible oil had been perfected by about 2000 B.C., the crude greasy muck extracted by pre-agricultural man was necessary to create light and banish darkness.  Man needed to keep the terrors of the night at bay...this need for oil and light carried through into modern times, when many inedible oils were used for home illumination in many Mediterranean rural areas until well after WWII.

Many different kinds of trees and fruits were born from this expansion, partly thanks to natural selection in different soils and climates, partly by empirical observation and grafting for desirable traits, creating some of the first hybrid trees in agricultural practice. During the many centuries between the rule of Caesar and Napoleon, nearly all of the then-populated Italian peninsula below certain temperature limits erupted in beautiful olive trees bearing fruits of widely different characteristics. Today oils from the lands around Lake Garda in the north are the lightest, those from Liguria the fruitiest, the Tuscan oils providing the most balance, with robust consistency and durability, the Apulian oils are the most peppery, and so forth. The Mediterranean diet has already been proven to be highly effective and healthy, a diet based just on these very oils.

Modern-day olive trees have been tied back to their ancestral trees found in south-central France, and carbon-dated to about 50 million years ago. Olive-tree fossils have even turned up in the Sahara Desert. Prehistoric man likely ate the small, harsh, bitter olives found on wild trees. After roughly 2000 B.C., olive culture and the complicated science of oil extraction spread outward from the eastern Mediterranean basin into Anatolia, Egypt and Greece. Much later, by the 1st century B.C., olive oil production had become so vital to Rome that thousands of Greek slaves, trained and specialized in these arts, worked vast estates for domestic use in the endless empire and for export to the barbarian north.

After the fall of Rome in the 5th century A.D., Italian production fell on hard times and eventually all but disappeared, but the Arabs in Spain not only carried on old traditions but developed new and improved extraction methods. Around the year 1000, new enthusiasm and importance was allotted to this vital economy, beginning in Tuscany near Florence and Siena. The industry found fertile ground particularly in at first in Tuscany, but soon, by about 1300, all over the peninsula. Not only did good extra-virgin oil become an indispensable staple of diets but also an index of prosperity, even of wealth. Ever since about 1880, all of southern Italian agriculture has been focused on oil production in great quantities, with less attention to quality. For long now the extra-virgin oils of the Center and South, particularly of Tuscany, Umbria, Sicily, and Puglia have led in quality by unbeatable margins, as is recognized by demanding gourmets the world over. 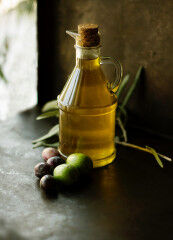