Extra Virgin Olive Oil, in my Heart and Kitchen - Part 1

What is Extra-virgin olive oil? How is extra virgin olive oil made? Learn the full history of EVOO, and loads more about a favorite Italian ingredient. 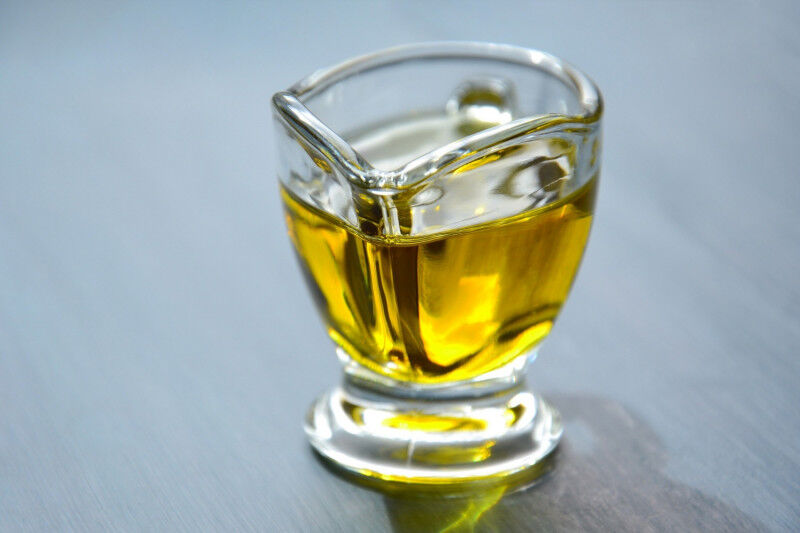 ALL ABOUT EXTRA-VIRGIN OLIVE OIL (EVOO)

Extra-virgin olive oil is 100% natural oil released from healthy olives harvested directly from olive trees and processed entirely mechanically.  In order to be considered traditional, guaranteed EVOO, there are strict regulations producers must follow before labelling their product EVOO.  The rules indicate that extra-virgin olive oil is a green-gold colored oil obtained solely by mechanical processing of fresh, high-quality olives.  No chemicals are used or present in any of the steps to create EVOO, from harvesting to washing to leaf-removal to pressing.  In short, EVO is pure olive juice!

Olive harvest season typically runs from late September through early November, always by hand. Part of the reason that high-quality oil has a higher price point is because it’s quite labor intensive as anyone who has picked olives can tell you.  There’s a time crunch too - freshly picked olives must be pressed within 72 hours of harvest. Many olive producers bring their harvest to communal presses, which service smaller producers without the obligation to invest in pricey equipment - kind of like the bread-baking ovens of olden times.

Once washed and de-leaved, the olives are cold pressed - no heat anywhere as this can affect the organoleptic and aromatic properties of the olives and their oils. The result is a dense paste that is then centrifuged. This allows the solids and water to separate from the actual oil present in each olive’s mesocarps.  And that’s how EVOO is made - it’s as simple as that!

Well, actually, these are only the basic steps to making EVOO - the actual details of the process are heaps more complicated.  The different ways extra-virgin olive oil is produced can and does  result in very different outcome, but your takeaway from this abbreviated tutorial can be: top-shelf EVOO represents the finest, purest and tastiest oil you can extract from an olive.

I’ve got it in good faith that the producer’s goal is to maintain the original olive’s nutritional values as intact as possible.  This results in the most exquisite, most flavor-packed, and healthiest extra-virgin olive oils on the market.

The history of olive oil is a bit convoluted, and winds through ancient and modern history, gracefully including itself into daily use for as long as records were kept.  It’s believed that the olive tree was native to Asia Minor and spread from the plains of Iran, Syria and Palestine, heading west to the Mediterranean basin.  This spread is believed to have happened at least 6,000 years ago, although Old Testament passages claim the olive tree was already around during the time of Adam and Eve - not exactly a new species of tree!

Olive trees and subsequent olive oil harvest represent some of Western culture’s oldest organized “farming,” with oil extraction and storage possibly dating back to at least 4000 AD.  Ancient amphorae found from the early Minoan Era represent some of Western culture’s oldest olive oil-related storage - I’d love to keep my oil in an amphora...they’re gorgeous!  There’s also strong historical evidence pointing to the presence of olive oil in Egypt, with storage containers found on the semi-isolated island of Naxos.

Olive oil only got bigger and better once the Romans got a hold of it, and transported its economic importance to all their conquered territories as they went about taking over the world.  You gotta respect the perseverance of the Romans, and their unflagging determination to pass their culture and values to lands they took over.  It’s of course thanks to the Romans that Italy established itself as a leader of top-quality, affordable olive oil.

Pliny the Elder, already a bargain shopper, reportedly noted that Italy had  "excellent olive oil at reasonable prices...the best in the Mediterranean."  We all love a good deal, and apparently this applies to world-travelers in Ancient Rome just as much as it applies to hipster travelers today.  Go Pliny - hunt out those deals!  Like with so many things, the Romans were way ahead of their time and created extraction methods still in use today, including the olive press and trapetum.

Stay curious folks, I've got more for you in Part 2, all you ever wanted to know about Extra-Virgin Olive Oil!  Keep reading in Part 2 to wrap up your lesson on this fundamental part of genuine Italian cooking.

If instead you've got some ideas about wines, but aren't quite sure, be sure to head over the Mamablip Video  Index for a starting look at some truly super Italian wine regions Filippo Bartolotta can advise you on.