Exploring the best flavours of the Isle Elba in the Tuscan Archipelago: a list of typical local food and wines, from Aleatico wine to honey, fish and seafood. 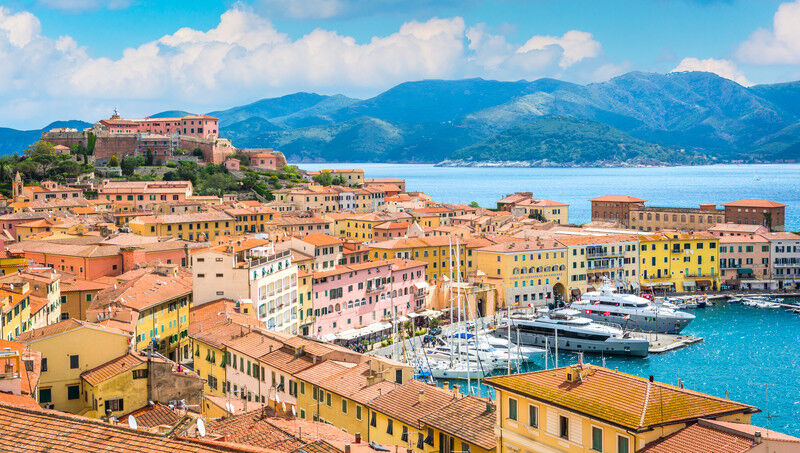 Food and wine of Elba Island

This minute yet idyllic Tuscan paradise has consistently remained true to its roots, thanks to its citizens who pour their hearts into their local cuisine and culinary traditions.

Why is Elba island famous? 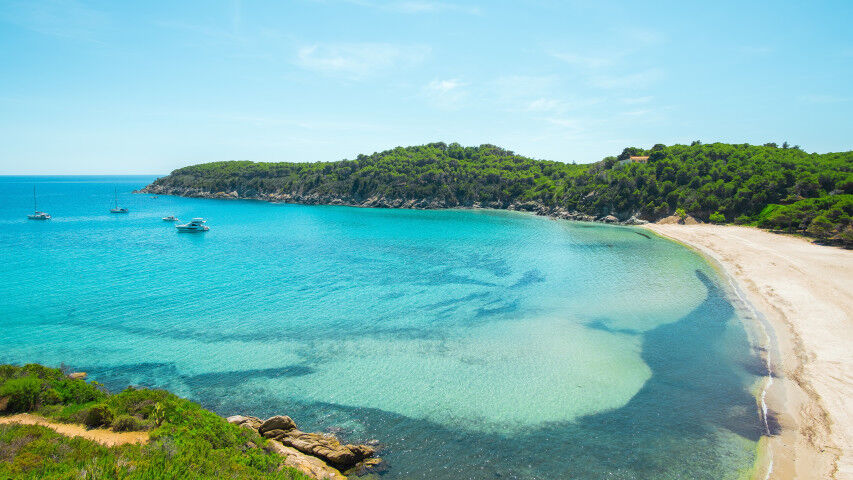 What are the best places for beaches in Elba Island?

Elba offers access to over 200 beaches, all with a tremendous variety of local landscapes. Below, we’ve listed our top 5 beaches to visit, all of which are easily accessible. Oh, and will make you happy you selected Italy for a visit and not the Caribbean! 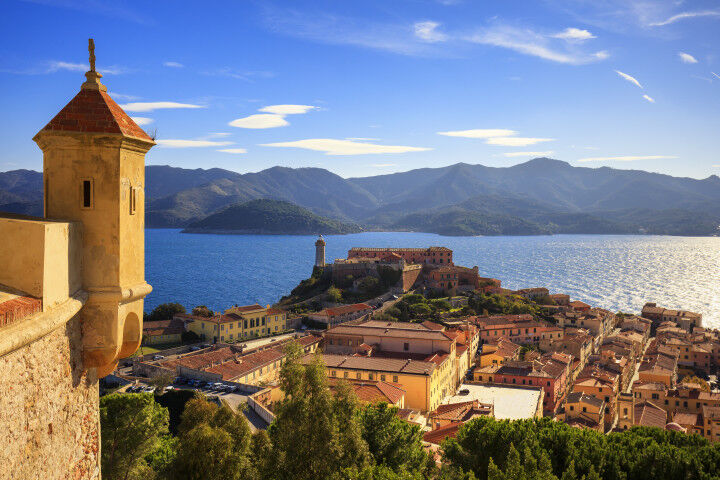 What is the importance of Elba Island?

Man has inhabited this island, as proof shows, since the Iron Age. Indeed, the island’s first source of livelihood was the local extraction of iron and other heavy metals. This income source remained a primary source of sustenance for local workers up through the second half the 20th century.

Centuries of peace and tranquillity amongst the populace was interrupted by the Barbarian invasions, when the island of Elba transformed into a refuge of sorts for those fortunate enough to escape the marauding hordes of Barbarians who were currently invading Italy’s mainland.

As the years passed, the residents of 11th century Pisa took their turn at domination when they took control of the island to build fortresses ultimately intended to prevent attacks by passing raiders and Saracen pirates from Northern Africa.

Heading into the Renaissance era in Tuscany, the Medici family made their presence felt on this island as well. In the 16th century, Cosimo I de 'Medici gained control of the island’s northern segment, where he subsequently (and none-too humbly) founded the port city of Cosmopolis. Today the city is known as Portoferraio, and is one of the island’s largest cities. 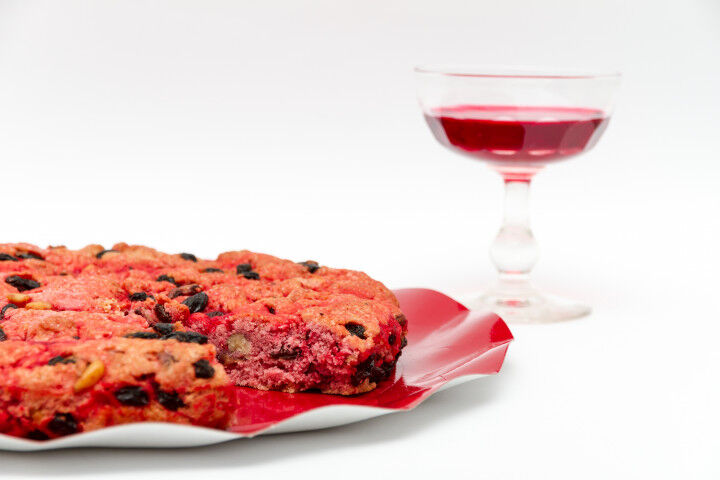 What to eat in Island of Elba?

Elba is considered an authority on classic Mediterranean civilization thanks to its rich history. But not just historical civilization - the little-big island of Elba has also opened its gates to many classic local ingredients and specialities that have assumed a local flair that cannot be recreated off the island.

Elba’s mild, sunny climate, together with its fertile soil, sun exposure, and scarce rainfall, have together created an environment where every agricultural both indigenous and imported, retains an absolutely authentic concentration of flavor and taste. 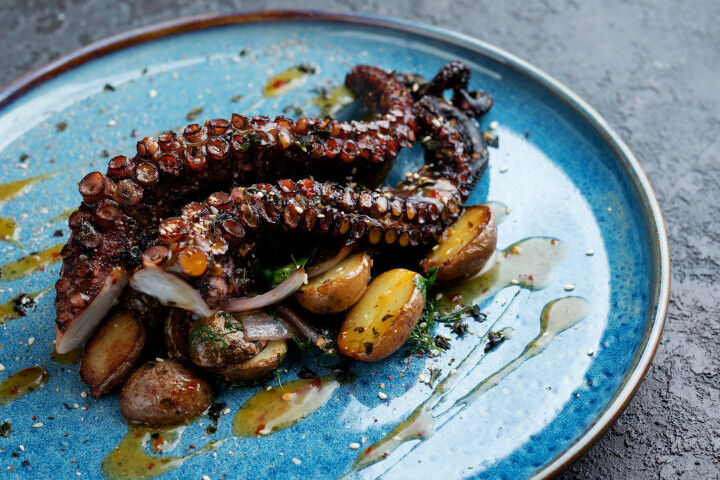 Contemporary perception of Elba’s residents as miners and great sailors doesn’t cover up the reputation the residents have as bad fishermen, even if this perception isn’t entirely true.

Today’s fishermen however, are more inclined to follow an artisanal approach to fishing, making the practice of fishing rather unique in its genre. What are today’s Elban fishermen looking for?

Here the Palamita, or Atlantic Bonito (sarda sarda), takes on a leading role in local cuisine. A relative of both mackerel and tuna, Palamita finds a wonderful expression in a variety of dishes where it’s exalted for the delicacy of its compact flesh, a great lack of scales, and for containing minimal bones.

While migrating around the coasts as it follows its primary food source, sardine shoals, the Palamita is best eaten in summer months. Tasty and finely consistent, the blue fish is a fine local ingredient enjoyed in a wide range of options.

Pelagic fish living in mid-range and depth waters are abundant in these areas, and include ample supplies of Anchovies, Sardines, Mackerel and other small blue fish varieties.

Equally present and beloved are the Common Octopus (the island features a boiled Octopus recipe that is truly found in every angle of the island), cuttlefish, lobsters and Black Sea bream.

The sheer variety continues with the presence of Picarel, White Sea Bream, Dogfish, Redfish, Mullets, Spotted Dogfish, and Snapper, to name a few.

Vegetables and Other Local Products

While the island’s aquatic resources are certainly impressive for quality and flavor, we can’t overlook the abundance of wild and cultivated greens that add so much to this remarkable cuisine. Chard, Borage, Spinach varieties, and Calamint are widely available across individual green gardens scattered throughout the islands.

This beautiful pairing deliciously recreates a reflection of the island on dinner tables. It’s here where the local culture successfully transforms the various natural elements and leaves a surprising inestimable value to the local products. This care and attention has also led to the indication of a long-lasting evolution of style and imprinting on local ingredients and flavors.

Dried fruit, primarily figs and raisins, paired with local almonds are still the primary base for many of Elba’s traditional dessert dishes. In particular we have Panficato, a dense semi-sweet bread, Imbollita di fichi, a Crostata-like fig pie, Schiacciunta, a cookie-like cake perfect for chillier winter months, Schiaccia Briaca, a beautiful scarlet-colored dessert traditionally baked during the holidays, Corollo, a fluffy round cake ideal at breakfast and tea times, Ceremito and Sportella, both semi-sweet breads traditionally baked during Easter time and gifted to one’s beloved as a token of affection. 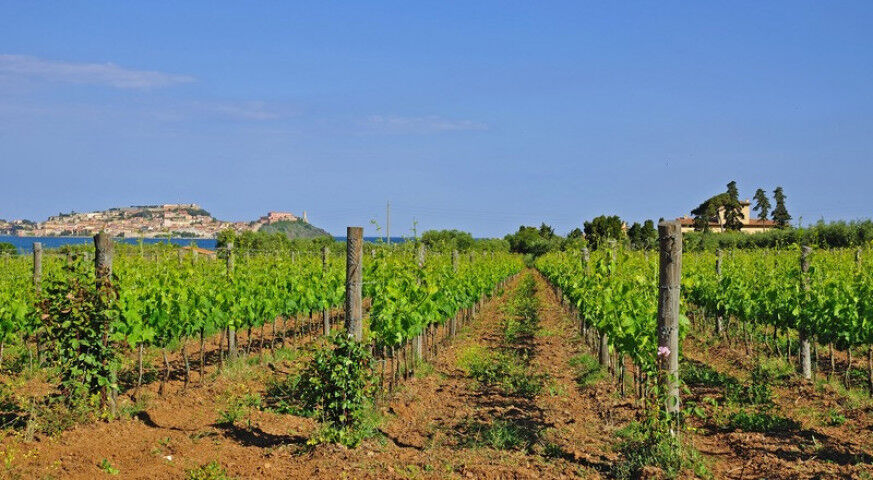 Where to eat in Island of Elba?

Where to drink in Island of Elba?

Wine, as in much of Italy, is certainly not lacking a role in local cuisine. Thanks to the presence of many visitors, wine knowledge has also increased in the area. White selections like Vermentino, Procanico and Ansonica, and reds like Sangioveto selections, as well as dried-grape wines like Aleativco lack nothing when compared to their cousins on the Tuscan mainland. Very often, these local wines reflect a certain specificity that accompanies local dishes and specialities in ways other wines not from the area are simply not able to do.

If you’re looking for unique sensations and emotions to be experienced through your local wines, the wines of Elba certainly will not disappoint.

Which winery to visit in Island of Elba? 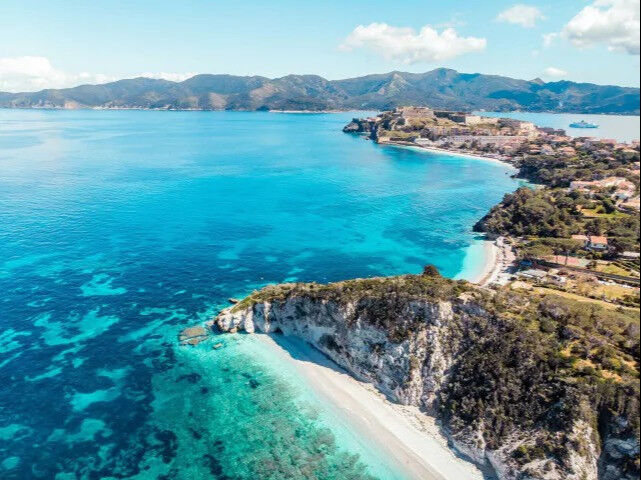 Is it worth going to Elba island?

The island of Elba remains a combination between rocky and wild and elegant and tamed. This island will appeal to the Robinson Crusoe on all of us thanks to its countless rocky coves with stunning beaches, shimmering blue waters, exciting winding roads to explore via car, and astonishing vistas dominated by the island’s highest peak, Mt. Capanne (1018 m).

All the natural beauty is partnered most pleasantly by a succulent seafood-based cuisine and some memorable, unusual wines. With such amazing food,wine, and sights, you won’t want to miss an exploration of the island’s perfect hiking, biking, and scuba diving as perfect activities to enjoy when you’re not relaxing by the beach or enjoying a fine meal. 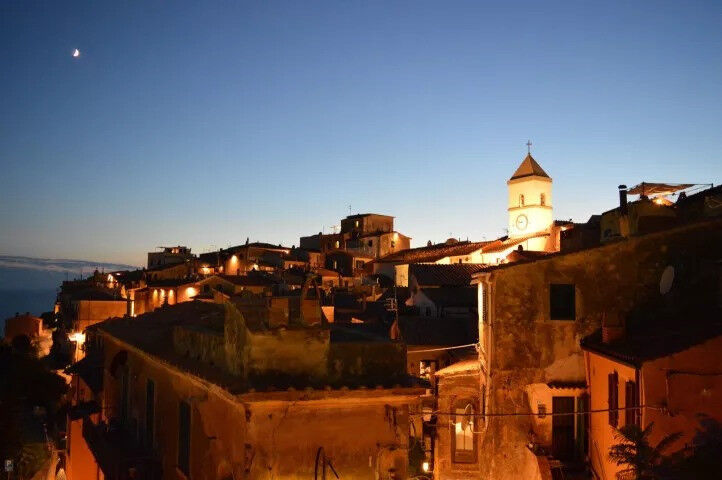