What is Primitivo Wine? Guide to Primitivo wine and grapes (Italian Zinfandel)

The Primitivo grape produces very intense, dark ruby red wines with a spicy and fruity nose. On the palate is warm, soft, tannic with great structure and persistence and high alcohol content 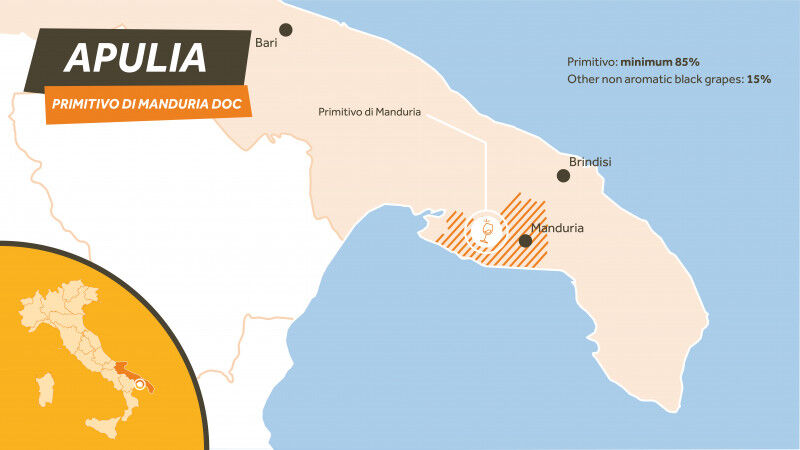 Primitivo is cultivated all over southern Italy, but its center is in the hot and sunny Puglia region of southern Italy (think the ankle and heel of the boot shape of the country). This grape thrives in these sunny climes where it produces impressive yields for high-volume, fruity, early-drinking wines under the Puglia IGT designation. 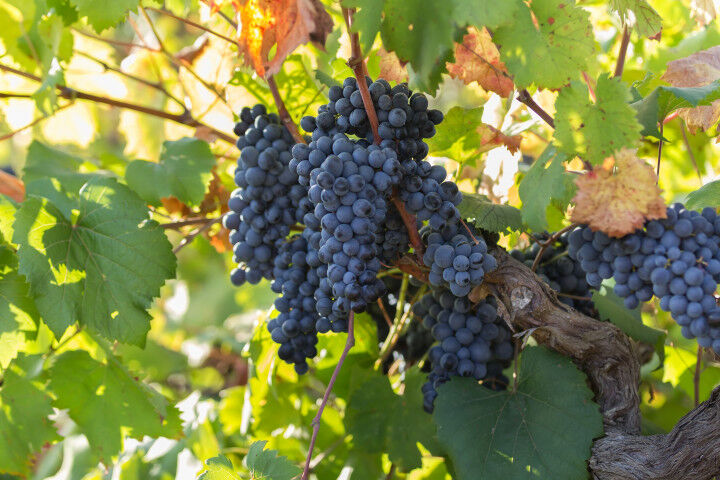 A step up on the Italian wine classification ladder, Primitivo di Manduria has been a designated DOC within the Puglia region since 1974. This designation means that the wine is made with stricter criteria than IGT. In this area, this grape produces both dry and sweet styles in complex, layered wines.

The sweet Primitivo di Manduria Dolce Naturale style became Puglia’s first DOCG in 2010. It’s only made in vintages that promote late harvest for concentrated sugar. Grapes are then dried in the passito method for more intensity.

For decades, Puglia had a reputation as a mass producer of grapes for blending but this image is changing. Today, it’s increasingly known for quality expressions of Primitivo with 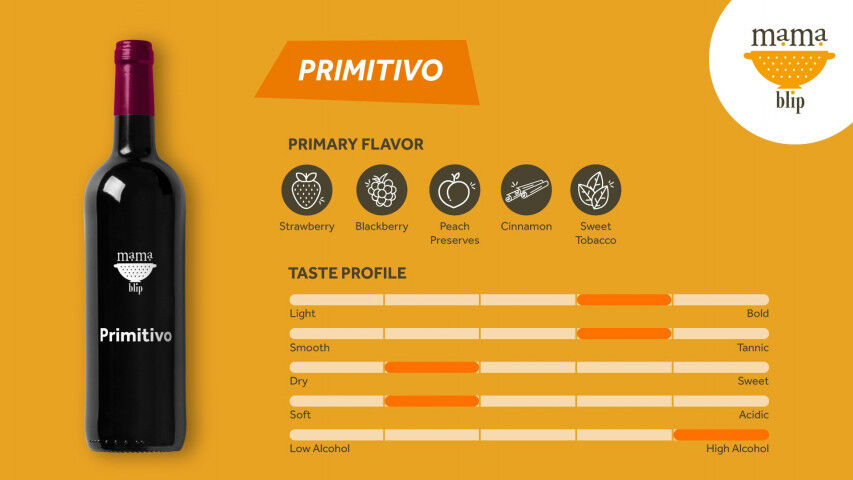 Primitivo varies in aroma and flavor profile according to where it’s grown and how it’s produced. Owing to Puglia’s hot climate though, concentrated fruitiness and relatively high alcohol is a feature across all Primitivo wines.

Salento IGT: Bright red, Primitivo from Salento is similar to Puglia IGT wine. As with Puglia, it’s where huge quantities of wine are produced, much of it Primitivo.

Primitivo di Manduria DOC: Boasts the same ruby red and concentrated, jammy fruit as IGT Primitivo but often undergoes maturation. This adds vanilla and leather tones, complexity, structure, and ageability. This wine is dry and has a minimum level of 13% alcohol although higher levels are common. It’s medium-bodied with medium acidity.

Primitivo di Manduria Dolce Naturale DOCG: Deep ruby red to the eye with hints of garnet, there are hints of forest fruit, jam, spice, tobacco, and licorice. This wine has a velvety texture, is medium sweet, full bodied, structured, and has high alcohol levels owing to the passito production method, good ageability, and a long finish. 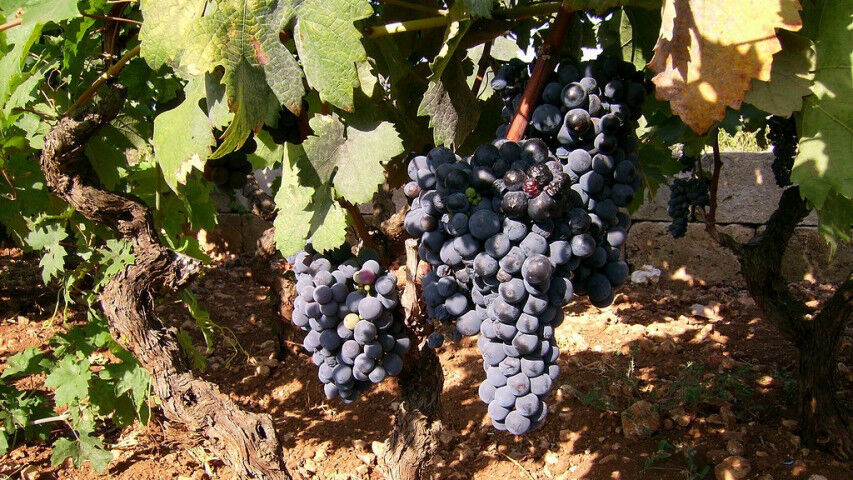 How is Primitivo made?

Primitivo is made in two main styles through different vineyard and winery techniques.

Primitivo found in the IGT designations tends to be cultivated at high volumes for both early drinking varietal wines and blending. In the winery, it is vinified in a standard manner and may or may not see oak treatment.

Primitivo di Manduria Dolce Naturale DOCG is made with the passito method. Fruit is harvested late to concentrate sugars and flavors then dried indoors. This further intensifies aromas, flavors, body, and leads to higher alcohol. When the fruit is fermented, the natural sugar level is so high that fermentation stops without any intervention.

The result is a rich, sweet wine. Furthermore, this sweet Primitivo is in the DOCG category. This means it not only requires specific vineyard and winery methods, but also has to undergo a special government tasting to qualify for the prestigious classification. DOCG wines also have to be bottled in the area of production. 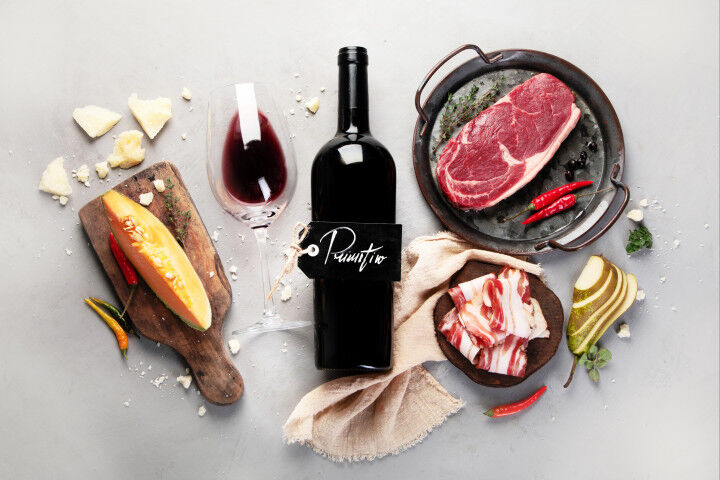 What food goes well with Primitivo?

Primitivo is a concentrated and deeply fruity wine and medium to full bodied so you need to pair it with dishes that can match it in intensity. The following tips will help.

A range of vegetarian and vegetable-based dishes go well with the different styles of Primitivo. 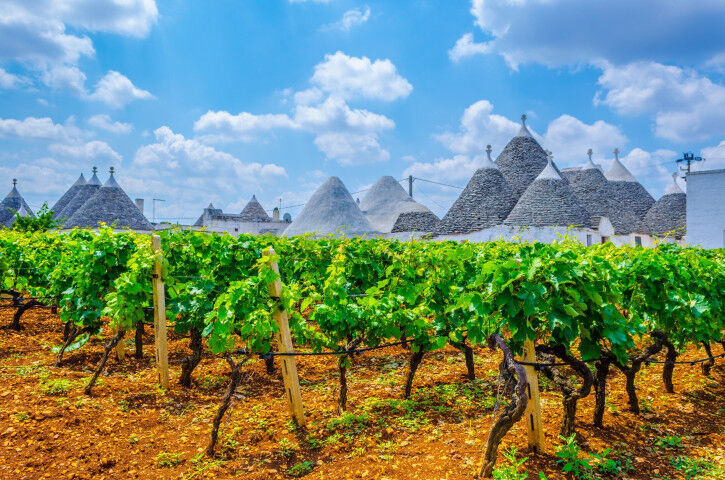 How many types of primitivo are there?

As well as the IGT, DOC, and DOCG categories, some Primitivo wines bear “Riserva” on the label. This indicates that the wine has higher alcohol levels and longer ageing than the local appellation laws dictate. Primitivo Reserva has to have a minimum of 14% abv and be aged for at least 24 months, nine of which are in barrel. 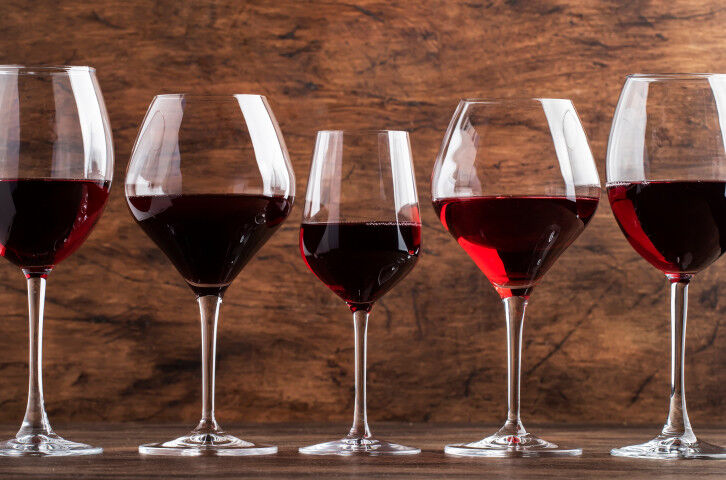 What kind of wine is similar to Primitivo?