Regional Italian Cooking - What Exactly Are We Talking About? Part 1 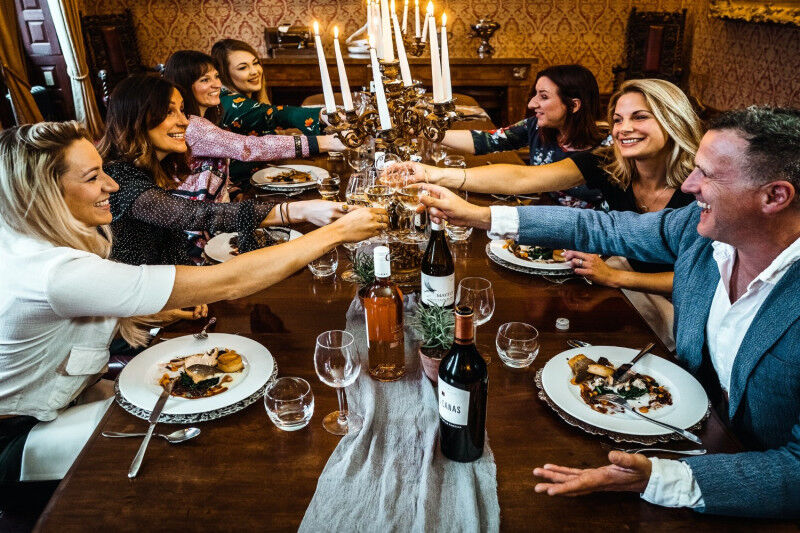 What do you mean, there’s no such thing as Italian food?

You must think I’m crazy, but it’s true...Italian cooking doesn’t really exist if you want to get truly technical.  Italian food is regional food - buonissimi local dishes connected under the umbrella of Italy.  It’s a startling allegation to consider that Italian food isn’t what you think it is - when I’ve gone out anywhere outside of Italy for a bite to eat, Italian is always suggested, I think, kindly, as a hat tip to me in case I was feeling homesick!  No problem here, happy to oblige.  Of course, I know when we sit down and menus get opened, I’m not going to find what I would expect in a trattoria in Italy.  But that’s fine - I love so many regional dishes, and since eating Italian outside of Italy is like selecting from a Top 10 list of Italy’s signature dishes, I get to travel culinarily while traveling physically.  As my English-speaking friends would say, it’s all good.

One hallmark of all Italian cooking is a simplicity and an authentic reflection of each region’s territory and its local products.  You can count on finding this aspect everywhere you go.  The most important elements of Italian cooking (regional or otherwise) are simplicity, ease, and seasonality.  Local dishes are mainly composed of 4-8 ingredients only, and are seasonal to a fault (focusing on fruits and veggies/legumes).  Cooking styles are based on methods and traditions our nonnas passed on to us, that they in turn learned from their own grandparents.  Favorite recipes are not developed in the kitchens of grand restaurants, but over the stovetops of our cherished families.

Why do these elements matter in Italian food?

History
Like so much of Italy, this is a relatively easy yet complex answer.  Each region is fiercely individual and separate.  Italy is a recently united country, dating back only officially to the 1860s, when independent city states were kind of shoved together under reluctant Unification.  History suggests that unification was only accomplished as a way to kick out the last foreign big guns (Austrians in Northeastern present-day Italy), and not because each region wanted to give each other cosy hugs.  As a fun little side note, one of the major insurgent groups of the day was called Carbonari, which sadly, had nothing to do with my amata pasta dish.  They advocated for unification, which was ultimately achieved.

The separate Italian regions, while technically unified, continued very much to function as independent states.  There’s a literal world dividing Lombardy and Sicily, from culture to food to language (communication between populaces was impossible as dialects were unique to geographic locations).  While much of the North began a process of modernization and urbanization, much of the south, called the Mezzogiorno, remained mired in serf-like conditions, with reliance on low-production agriculture and stultifying poverty.  Debate is still open today whether or not this approach was politically-motivated.

Today’s regions remain rather kind-of separate, with profound differences getting in the way of a unified feeling.  From 1946 onwards, a Parliament was installed in the place of the monarchy, but it hasn't helped overcome a distinct sense of separation.  Simply put, Italy is not a nation of unified states, it’s a nation of regions forced to sit together at the table.  There are those who accept the fact, 15 regions currently acting together, and those who cling to independence, 5 regions with semi-autonomous status.

Cultural approaches
If we haven’t been able to move past our differences from before the 1800s, it’s unlikely that this unease will ever totally dissipate.  The attitude towards campanilismo is ingrained.  My literal translation of this sentiment: my family’s bell tower is better than yours, dating back from when bell towers were the comparison between warring factions.  Because individual states were often at war with each other, the feeling of competition has proven to be long-lived.  While sitting together at a communal table, and getting beyond silly traditional differences is undoubtedly one of my favorite things ever - food seems to ease us into a more amiable mood, every time - to date it hasn’t been enough to completely cancel this sense of regional competition.

Shockingly to me, people still refer to themselves as coming from specific city quarters, not even a city itself, before indicating their hometown.  I find this incredible, considering today’s level of globalization.  To maintain such a strong sense of place shows how deeply our roots are planted, even without us realizing our sense of local patriotism (but not national, occhio).  Today, old-school rivalries are largely a thing of the past, and we tend to be jokey about our frenemy status.  This past approach and independence has affected the development of Italian food, kind of damping down on any genuine national food.  But that’s just fine, since we’ve got a great selection of regional dishes to explore.

The northern area zippers together with the rest of the Mediterranean basis thanks to the Alps chain.  The land slowly pans down into the only major Italian plain area, beginning from the Veneto area and sloping into Lombardy and Piedmont.  This area is Italy’s major grain-producing area, and is a fertile pasture zone, famous for its immense dairy production.  As you head further south, the land turns into Emilia-Romagna, easily Italy’s most productive and richest food-producing region.  With mountains in the midst of the region and a wealth of water sources, the land is quite fruitful, making the region synonymous not with art but with gastronomy (one of many reasons to love it).  Head further south, and mountains make their presence known, resulting in less pasture space for herds of large cows.  So instead, you'll begin to see more vegetables, grains, and olives grown for local and international use.  Head further south still, and you continuously come up against more and more mountains and challenging agricultural land.  As a result, speciality items are possibly more spartan (compared only to dairy-rich northern foods), but whether or not a food is spartan is entirely subjective, of course.

Curious about more Italian Regional Cuisine Basics?  Rush on over to Part 2 of this article series for more low-downs on what makes classic Italian cooking so special, and unique in a part of the world already world-famous for its great food.

Be sure to show some love on my Social pages as well - lots more info and news to check out.