Where are sustainable authentic Panettones sold? Where to find local Italian specialty shops famous for their ethically-produced Panettone and desserts. 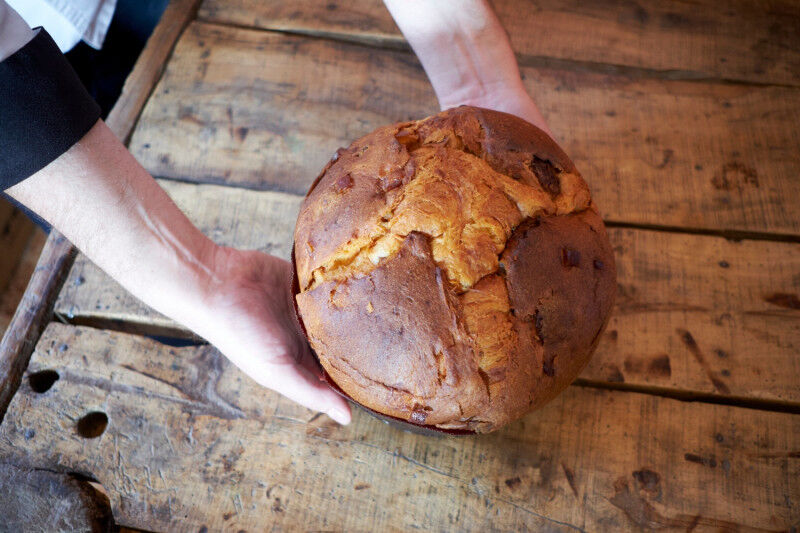 A chat with Andrea Filippi is enough to understand how much care, bordering on maniacal, he dedicates to his Panettone cakes. Yes, his, because it was he who wanted them, thought them up, pored over the combinations, and chose the wrapping paper and ribbons.

Our story begins in the Gasparini pastry shop, his mother's maiden name, at the beginning of the 1970s with a menù consisting of tasty breakfast items.  We’re in Zanò, a small town in the province of Vicenza.  The Gasparini sourdough is the same as in the 1970s, making it an almost legendary, 50 years old.  Andrea is well-acquainted with this sourdough, as he’s been taking care of it since he was 16 years of age, refreshing the sourdough every Sunday 3 times per day.   Alas, this wasn’t the most exciting pastime at a delicate age, where you’re still trying to figure out what you’re going to do when you grow up.

Thankfully for Andrea (and his faithful customers!), the sense of obligation developed into a genuine passion just a few years later, leading Andrea to attend specialization courses on leavened doughs led by one of the masters of yeast doughs, Rolando Morandin, in the Scuola del Molino.  Andrea decided to follow the path of the panettoni, and in 2001, he registered the Filippi trademark, and literally began kneading.

“About two hundred pieces a year,” Andrea tells me, “all made by me.  I took these panettoni around the industrial and manufacturing areas of Vicenza, convincing local businesses to put my products in their Christmas baskets.  In short, I was a pastry chef by night, and a salesman by day".

The first few years were quite challenging for Andrea:  the fashion for artisanal panettone had yet to explode, and large-scale distribution was invaded by industrial production. Filippi's panettone did not know where and how to position itself.

The turning point came with the Merano Wine Festival, the annual Alto Adige wine event with a large pavilion also dedicated to niche Italian gourmet food products.  The Filippi brothers, Andrea and Lorenzo, began to believe their dream of producing high-quality Italian desserts was actually going to become a reality, and their panettones continued to meet success everywhere they landed.

KNOW WHAT YOU EAT:  INGREDIENT TRACING

“I don’t consider myself a traditional pastry chef.  I know how to make a panettone of course, but my training also includes different angles and other studies,” Andrea explains to me.  “I was interested in making the company an unique example, and creating a reality different from what was commercially viable at the time,” Andrea concludes.

His research began from the top:  he has hand-selected producers able to provide him with truly top-notch ingredients whose taste and superiority are distinctly noticeable in the Filippi products.  A cruelty-free farm in the Venice area with free-range hens provides their eggs,  honey from a Padua-area farm, instead of refined sugar, exclusively harvested from beehives on the slopes of the Euganean Hills Regional Park, use of extra-virgin olive oil from the Cutrera oil mill in the Sicilian Monti Iblei area, and it’s certainly worth noting that the Filippi company was the first to incorporate oil instead of milk and derivatives.   The milk they do use is from a local cooperative producing up to 1/3 of its product from mountain-foraged animals, butter from the Northern European Corman, candied fruit from Southern Italy with its glorious citrus groves of Sicilian lemons and Calabrian oranges and peaches, Agrimontanese sour cherries and apricots.  Andrea goes beyond the European continent, and imports Australian raisins, and explains the other spices and aromas to me, and why he’s selected his favorites.

“Planifonia Bourbon, the vanilla powder comes from organic, fair-trade-certified cultivation in Madagascar. By not using artificial flavors, vanilla becomes central to our panettone and I get to spend as much as €150,000 a year for it.  Cocoa is another must, coming from the province of Oulaidon in the Ivory Coast, where there is a Choco Fair network protecting both the product and the workers. The cocoa is processed on a slide for six days on banana leaves, and drying lasts up to ten days.

For the line of spiced panettoni, we use cinnamon from Sri Lanka, ginger from the Bohai Bay in Manchuria, and Chinese star anise,” Filippo concludes.

DOING GOOD AND BEING GOOD - THE SELECTION OF B CORP

In 2014, Filippi decided a change was needed in his working and lifestyle, and certified the Filippo company officially as a B Corp organization, also known as a Benefit Corporation.  B Corps are entrepreneurial realities seeking to spread an evolved business paradigm going beyond simple profits.  Their constant innovation also seeks to maximize their company’s positive impact on its employees and their communities where they live, work, and sell.  Another focal point is of course, an eye on their physical environment and the impact business has on that fundamental element.

Europe is proud to recognize Italy as being the nation with the highest membership growth, particularly in the food and beverage sector.  "What's really interesting," Andrea explains, "is that the process is self-certifying, because you measures your company's value according to set parameters. Then you set goals to improve your performance. There’s also a legal declaration of Interdependence to sign.  This acknowledges the connections between people, nature, behavior, and consequences both globally and within the company.

“It’s also an effective strategic economic lever, as more and more stakeholders, especially foreign ones, are positively evaluating the presence of this certification.”  Filippi concludes.

Filippi has taken the regulations to heart, and has chosen intelligent LED lighting, recovered waste water, produces energy for 80% of its internal need, uses paper and boxes with FSC certification indicating everything is made with wood from sustainably-managed forests. Even their ribbons are made with incredibly recycled bottle plastic yarn.

"When you're in the thick of it,”  Andrea says, “it’s like a vortex: all you do is think about how to increase your company’s positive impact.  For this reason, I entrusted Nativa (the first European B assisting companies in their design of sustainable futures) with a team of eight of my employees to actively participate in the change.”

LONGEVITY FOR THE SHELF LIFE OF PANETTONE CAKES

500,000 panettones is a tremendous number.  The number and selection are overwhelming, and Andrea believes there are just too many.  As such, he’s looking towards distant markets, some 40 overseas nations in all, with a special glance towards the United States.  Research shows that Americans have a great love of leavened Italian sweets.

With that in mind, the critical point becomes the panettone’s shelf life.  For anyone convinced that a long shelf life immediately translates into an industrial product, Andrea loves to point out that he’s a well-organized artisan.  “Artisanal is a risky word, and difficult to apply to every aspect in the 3rd millennium.  Amazingly enough, you can produce artisanal products and still apply scientific methods to your product.  Our latest offering, Super Avorié, required two years of food science research.

“We wanted a completely natural panettone with a shelf life of at least 4 months.  We increased the panettone’s fat content affecting its moisture levels, carried out yeast-based research, tested yolks as natural emulsifiers instead of chemical-based fatty acids.  Be sure to read your purchased panettones:  many so-called artisanal panettones include mono and diglycerides on their ingredient lists, so keep your eyes open.” 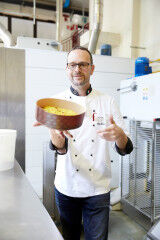 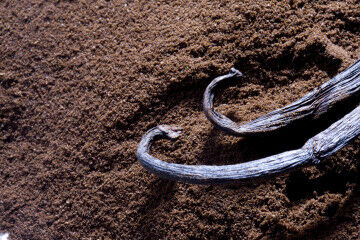