Trenette al Pesto is a pasta with potatoes, green beans, and basil pesto. It was featured in the Pixar film Luca and is loved by adults and children alike! 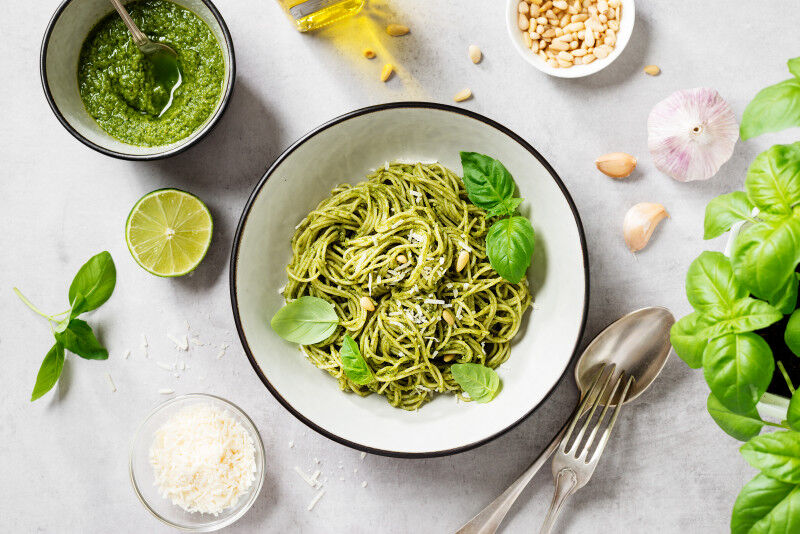 It is the most famous sauce of Ligurian cuisine, or rather, of the northern Mediterranean Riviera, since with a similar formula (sometimes complicated by the addition of tomato as a thinner) pistou is also found along the coast of Provence.

As with all long-standing collective inventions, pesto comes with endless small variations to the basic recipe and all the attendant debates of legitimacy. To simplify, two basic types of pesto are commonly recognised: 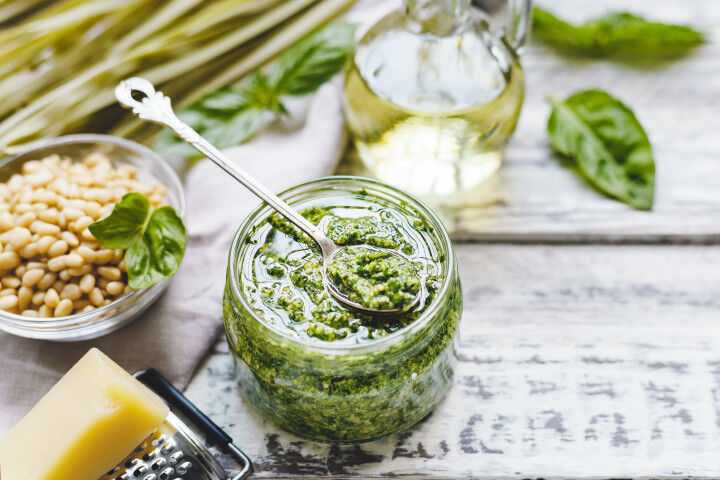 What is the origin of Pesto?

Pesto is the gastronomic emblem of Ligurian cuisine: its origin has distant roots and ancient kinship. The great Virgil in the Bucolics describes the frugal meal of the peasant Similo, who on a cold winter's morning is preparing to eat a focaccia of unleavened bread smeared with moretum, a mixture of garlic, coriander, rue, parsley and dry cacio cheese crushed in a mortar and mixed with oil: the affinity with pesto is obvious.

The roots are probably those of an oriental (Arabic and Persian) sauce at the base of which is a mixture of oil seeds (pine nuts) mixed with a fresh, slightly acidic cheese., Over the centuries, to these ingredients oil and basil were added; the cheese, a sort of yoghurt that originally constituted the binder, lost this function in favour of oil and was replaced, first with pecorino, and then with grana.

Between the two, for a time, the Piedmontese cheese Bra was used because following the price increases of Sardinian pecorino, the Genoese, always adept at combining taste and savings, had discovered this good quality hard cheese in the nearby province of Cuneo, and they did not hesitate to import it.

What is Pesto made of?

What type of pasta is pesto generally served with?

How long does pesto keep?

Pesto only keeps for a few days in the fridge, because the flavour of the basil changes.

What is tagliolini pasta?

It is a long, thin pasta with a rectangular section, industrially made with semolina and water or home made with flour and eggs. Basically, they are thin noodles, whose name derives from tagliatelle, because it is made by slicing the rolled thin sheet.

Once cooked, they should have a less tenacious and more uniform elasticity than spaghetti, although they too are served al dente

What is trenette pasta?

The Ligurian name for a long, flattened industrial dry pasta with a rectangular or oval cross-section: a kind of slightly wider linguine. 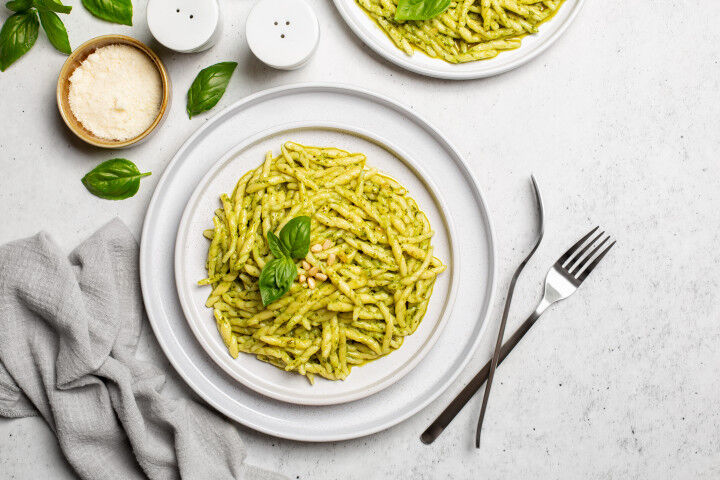 Tagliolini or Trenette with pesto avvantaggiato

The enrichment of pasta with vegetables (this is the meaning of 'avvantaggiato') is a custom which is typical of the Levante region, later becoming the common heritage of Ligurian cuisine. 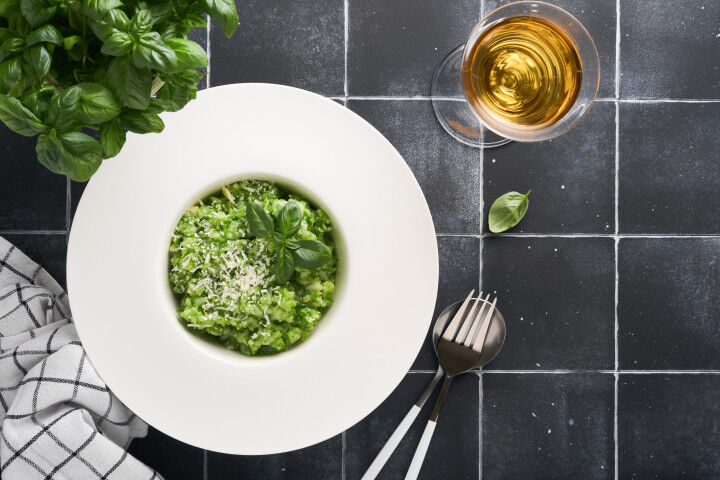 What kind of wine goes with Pesto sauce?

This is a dish that goes very well with young, aromatic and savoury white wines which can bring out all the freshness of the vegetables, and it goes without saying that the absolute protagonist is basil. And so, I would put any of these three wines equally, though certainly the two Ligurian wines have greater territorial affinity;

Where to Eat the Best Pesto in Liguria?