Val Curone: a territory to be discovered between the river Po, the Ligurian Apennines and Alps

The Curone valley is a small Apennine valley located in the province of Alessandria on the border between Piedmont and Lombardy, where the Curone stream flows 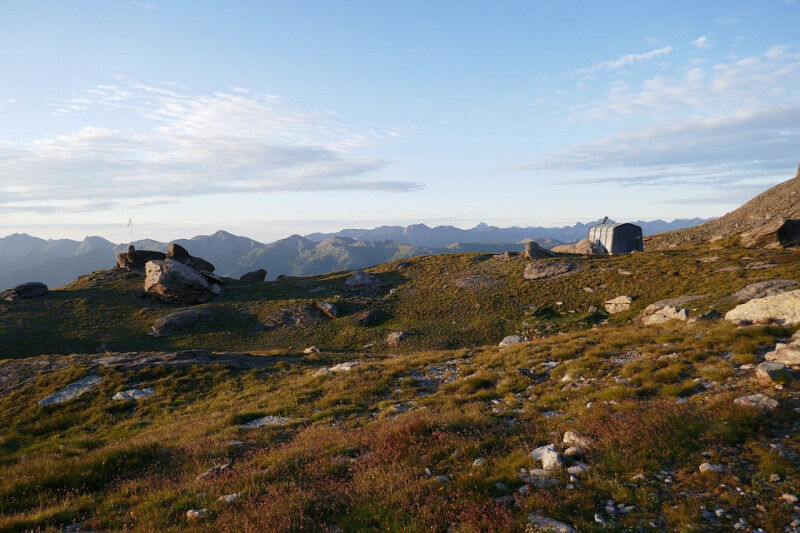 The Curone Valley: Where is it and what is it?

The province of Alessandria is located in the south-eastern part of Piedmont, between the river Po and the Ligurian Apennines, and it borders with Oltrepò Pavese in Lombardy, Alta Valle del Trebbia in Emilia-Romagna and Liguria.

In its interior we find the Curone Valley, an uncontaminated territory located in the extreme southern part of the province, halfway between Milan and Genoa, wedged between Lombardy, Emilia-Romagna and Liguria. It is home to several of the ancient "Salt Roads" that have always been used for trade between the Ligurian Sea and the Po Valley.

San Sebastiano Curone is perhaps its most characteristic town, rich in history and art, born as an important center of commerce between the 14th and 15th centuries, with warehouses, inns and taverns, farriers and matchmakers.

In the sixteenth century, then, under the jurisdiction of the Doria (famous, ancient and noble family of Genoa) thanks to its location along the salt road, traveled by muleteers who transported goods from Genoa to Milan and Piacenza (salted anchovies) and vice versa (cereals).

Val Curone: when food tells about a territory

Val Curone: a territory to be discovered between the river Po and the Ligurian Apennines and Mountains, woods, meadows and vineyards alternate in these valleys mixing landscapes and flavors: a corner of Piedmont never uniform, yet never harsh suggesting the idea of a variety of occasions and natural realities.

Let's focus then on the Apennine side in order to grasp the tasty nuances of this territory and in particular let's describe the various raw materials and transformations: 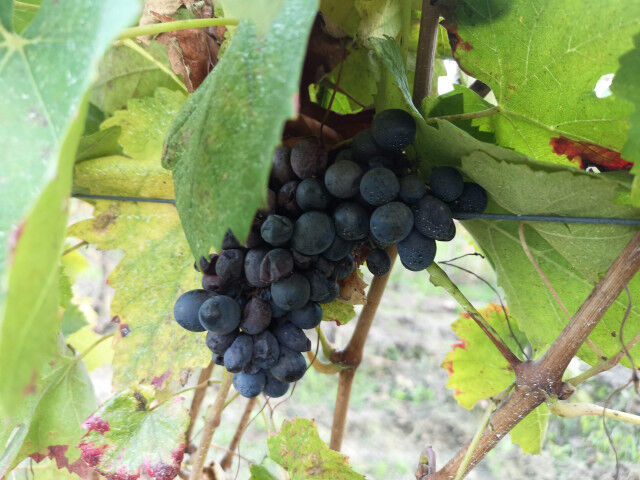 What better time to make a visit to Val Curone?

When the environmental spectacle of soft colors, a thousand shaded tones of greens and browns introduces the autumn mists and then gives way to the white of the abundant winter snow.

Barbera is certainly one of the most cultivated dark berried grapes in Italy. In Piedmont it finds its land of election but it is interesting to notice that it represents one of the Italian vines most exported abroad, especially in Argentina and California. Even in the DOC Colli Tortonesi it shows very well its proverbial characteristics of richness of aromas (red fruit, underbrush, spices) and palatal elegance.

Dry, sapid and robust, not very tannic, but with a rather noticeable acidulous note when young, Barbera becomes even more harmonic and complex with age.

Timorasso, on the other hand, is an ancient grape variety, historically present in great abundance (before the phylloxera massacre) in the hilly area on the border between Southern Piedmont and Southern Lombardy. A grape however difficult to breed, because, among the many adversities, it is subject to floral abortion.

After a long period of "silence", both in production and in the media, for some years now it is living a real renaissance thanks to the work of some wine growers from Tortona (Walter Massa has been the undisputed pioneer). Timorasso gives origin to a very pleasing white wine with characteristic scents of almond, hazelnut and hints of flint which defy time with excellent prospects (just like Barbera).

Paolo Ghislandi in his winery I Carpini masterfully interprets both varieties with an approach he defines as "holistic", where copper treatments, in his organic vineyards, are replaced by a controlled spraying of orange essential oil. These are his dogmas: balance between species, the forest surrounding the vineyards, late harvests, maceration on skins, aging of wines.

3 wines to recommend from I Carpini winery: 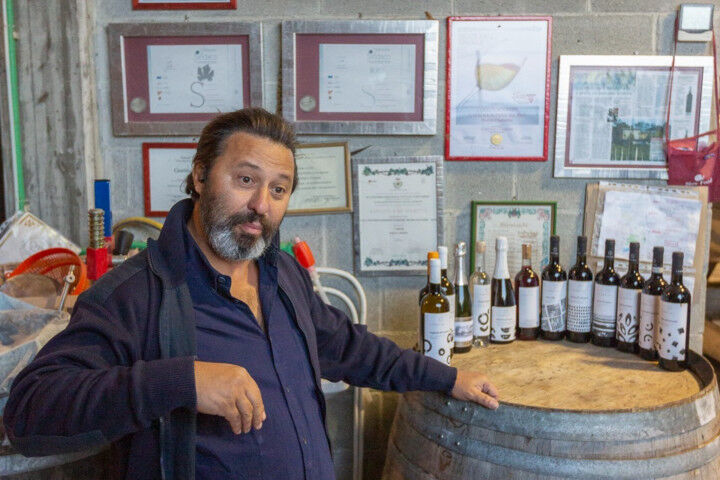 Pig breeding is an integral part of the farming culture of the Curone, Grue, Ossona, Borbera and Spinti valleys of Alessandria, all of which are close to Mount Giarolo.

"Il Nobile" represents excellence in Italian pork butchery, since it is produced exclusively with the noble parts of the pig (mainly from the Duroc breed): the lean cuts used are the thigh, coppa, culatello, shoulder, loin, and tenderloin, while the fatty cuts are taken from the belly and throat.

Fabio Zanotti, at the same time artisan and artist, in his company La Nuova Valle, models, among the various cured meats, the "Cucito", that is the highest expression of Salame Nobile di Giarolo.

The sausage is stuffed into a double natural gut, coupled and sewn by hand, allowing it to mature for a very long time, easily exceeding 5 years, amidst unparalleled aromas and softness.

Montebore: the safeguard of peasant traditions

A delicious cheese made from cow's and sheep's milk which boasts a very ancient history, with traces dating back to the 12th century and perhaps even earlier. The nose has a scent of thyme and some spices; the taste tends to be milky and buttery, while the finish has a hint of chestnut accompanied by herbaceous nuances.

At the table it is ideal eaten raw with honey and jams, while in the kitchen it is at its best as a fondue for gnocchi and in risottos, perfectly paired with both Barbera and Timorasso.

White and black truffle: another specialty of the territory

Lands also of White Truffle (Tuber Magnatum) as well as Black Truffle (Tuber Melanosporum and Aestivum), located among oaks, hazels, chestnuts, poplars and beeches and in calcium-rich soils. Both are perfect on tagliolini, tartare, cheese fondue and fried eggs.

Always raw and never cooked, they should always be bladed at the table directly on the dishes. Towards the end of November, for a week, the National Truffle Fair takes place, which this year has reached its 38th edition.

So where to go to taste all these specialties?

Corona and L'Erica di Roberto restaurants are two gastronomic stops for the careful selection of raw materials. The first one is an authentic institution: its period restaurant is simply beautiful, as well as the traditional dishes are extraordinary.

The second one, instead, has a modern style and is dominated by fish from the nearby Liguria region, besides, of course, the local excellences described above. 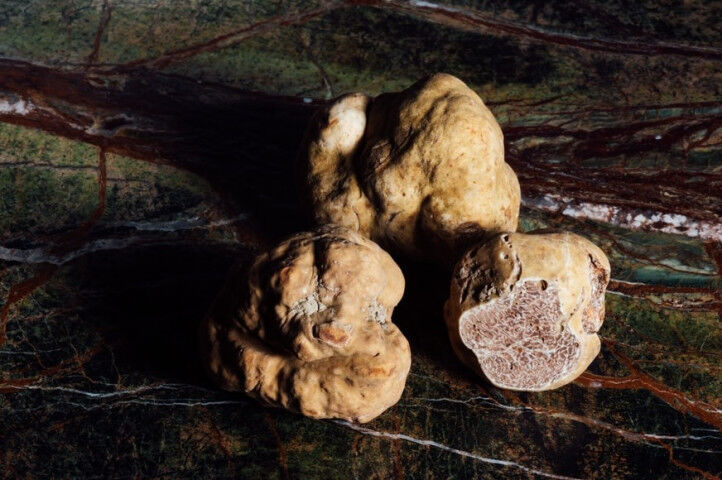