A walk through the beginning of time in search of wine's origins. As we explore how and what we drink, it's helpful and interesting to learn more about where our favourites wines come from. 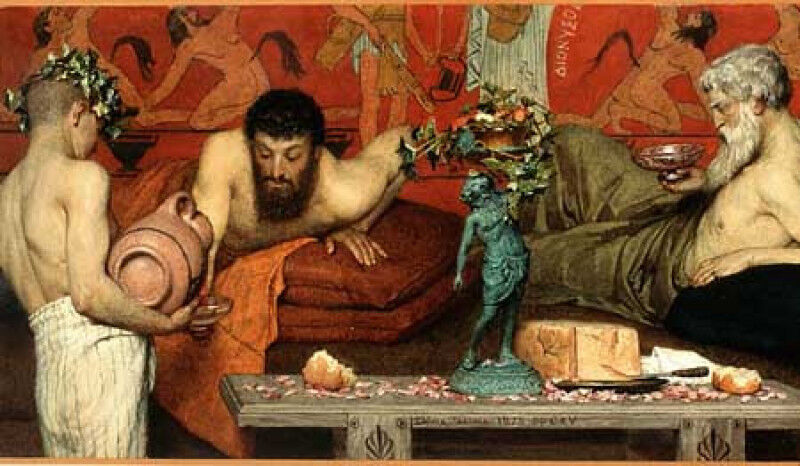 History in your glass. We know it's easy to sit down with your favorite glass of wine at the end of the day, but have you ever wondered about the backstory behind your favorite libation?  How exactly did people think that squishing grapes and drinking their fermented juices would be something we'd actually enjoy?

Luckily for you, dear readers, we've done the background research (and tasting on the way), and thanks to the history lesson provided in the multifaceted Di Che Vino Sei, written by master sommelier and storyteller Filippo Bartolotta, we're able to expand your knowledge of wine's truly fascinating past.  Did you know there were affirmed wine lovers even in the Neolithic era? Keep reading below to find out more about your cherished beverage, and revel in the fact that you're a member of a long-standing wine admirers club.

When was wine "discovered" and first "produced"?

Experts say modern wine was "discovered" relatively recently, but we like to think somewhere along the lines, even before Neolithic man started planting the roots and seeds of contemporary agriculture and viticulture, that man was already tasting and discovering the flavours and secrets of fermented grape juices, and comparing them to the juices from other available fruits.

History backs up this timeline, thanks to the discovery of ancient fossils and carbon-14 dating, that have proven the presence of the ancient vitis vitifera grape species (the ancestor to today's European vines). It's possible people were making wine even before the commonly-accepted 8000 BC timeframe as materials discovered from this time were highly sophisticated, possibly suggesting an even older timeframe of wine production.

FOR SUMERIANS TO BABYLONIANS WINE WAS A PART OF DAILY  LIFE

We definitely know that wine was an established component of life in the Ur and Lagash eras, as cuneiform tablets have been found testifying to the presence of wine-production in daily life.  Testimonials have also confirmed the manufacture of seedless (unfertilised) grapes used for raisins (or as our wine producer friends would call them, the tragic remains of what should have been a bottle of wine).

Eventual political and development power shifts relocated a cultural focus to Babylon, which fortunately hosted a more favourable climate (latitude and longitude also feature heavily in the productive process of viticulture - more on that later) for cultivating vitis vinifera.  Clay tablets crafted at the time testify to wine's role as the drink of the upper classes, whereas beer, more readily available, was considered the drink of the populace. No wonder that Greek historian Thucydides noted that by harnessing the power of the grape and olive, Mediterranean culture was catapulted ahead of barbarism.

A bit extreme, but rightly acknowledging the wine's role in elevating certain social classes and developing in its own right as a mover and shaker in international commerce and trade.

Let’s take one step further and check out wine’s Italian (well, what would have been ancient Italy!) roots.  This history helps us understand the deep connection modern culture has to the earth and soil in Italy, and also anywhere in the world with an agricultural and viticultural background.  Come check it out with us!