Abruzzo, Italy - A travel guide and places to visit

Abruzzo is a region located in the center of Italy, nestled in the Apennines and the Adriatic coast, just a couple of hours away from Rome. If you are thinking about planning an awesome vacation and discovering some authentic and lesser known destinations in Italy, this is a complete guide to unlock its secrets. 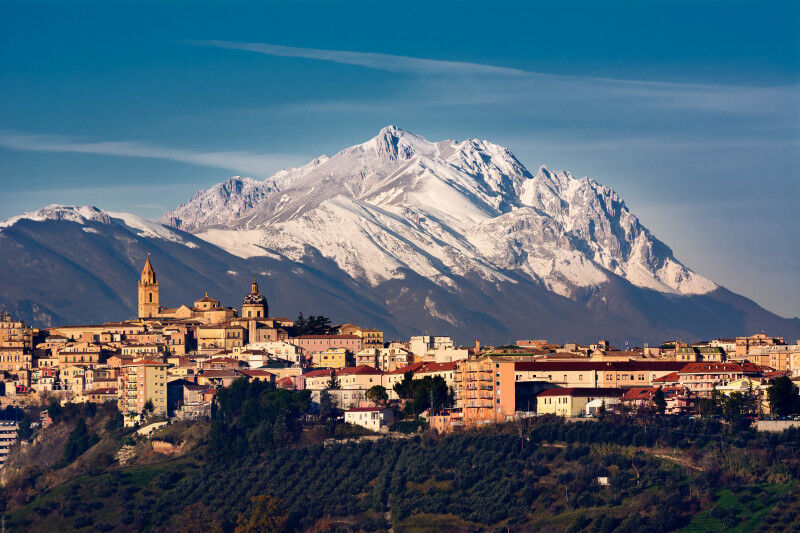 The Ultimate Guide to Visit the Abruzzo, Italy.

What is Abruzzo famous for?

Abruzzo has claimed the title of the "Green Region of Europe," thanks to its prevalence of national parks and about forty protected wild areas that cover almost 40% of its total surface area, the largest percentage of green space in Europe.

The extraordinary nature of the landscape of this territory, the diversity of geological formations, crops and vegetation, all make it very unique and provide a wide range of choices and combinations for different excursions and themed vacations. 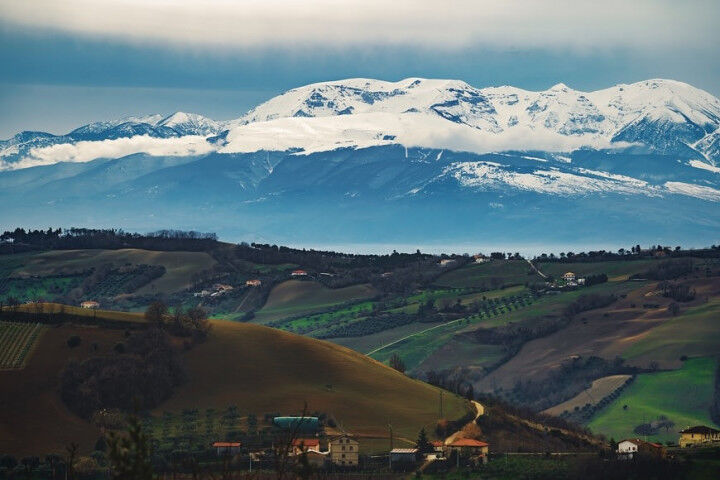 What are the best outdoor activities in Abruzzo?

Abruzzo has so much to offer, from the disarming beauty of its mountainous landscape, to other splendid features and plenty of exciting places of historical-artistic interest, in between small towns and cities with great urban and environmental value. And of course, adding a dash of flavor to every experience during your stay are the great wines and cuisine of Abruzzo.

What to see and do in Abruzzo?

Not just wines and food

Abruzzo has more than 500 castles that were built over the centuries to monitor and control cities and communication routes, including medieval castles, isolated towers, coastal fortresses and manors transformed into residences. And of course a special mention to the spectacular ruins of the Rocca Calascio Manor that shouldn’t be missed. 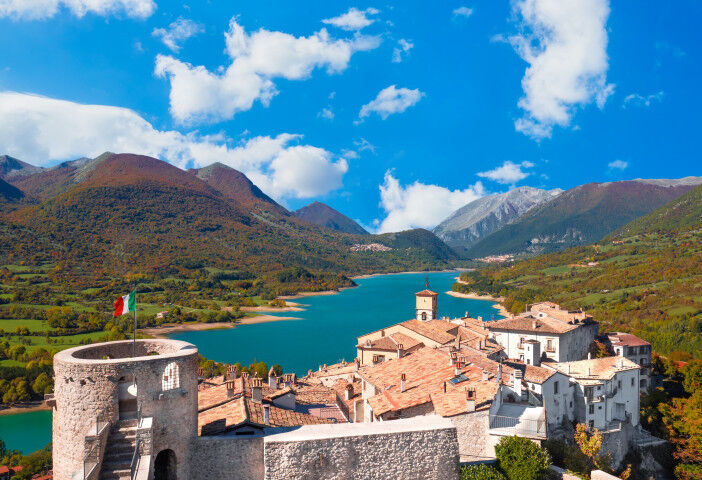 There are so many places to see, and we will mention a few that are truly fantastic sites of natural beauty to explore, all of which will surely afford you the possibility to come into contact with the locals who are known for their friendliness. Abruzzo is an unmissable destination for nature lovers. Bears and chamois, beech forests and austere plateaus outline the National Park of Abruzzo, Lazio and Molise (established 1922), with the Val di Sangro at its core and a network of wildlife areas, trails and visitor centers.

The National Park of Gran Sasso-Monti della Laga (established 1990) includes the highest peaks of the peninsula, the Campo Imperatore plateau and the Laga Mountains, reaching all the way to Lazio and Marche. 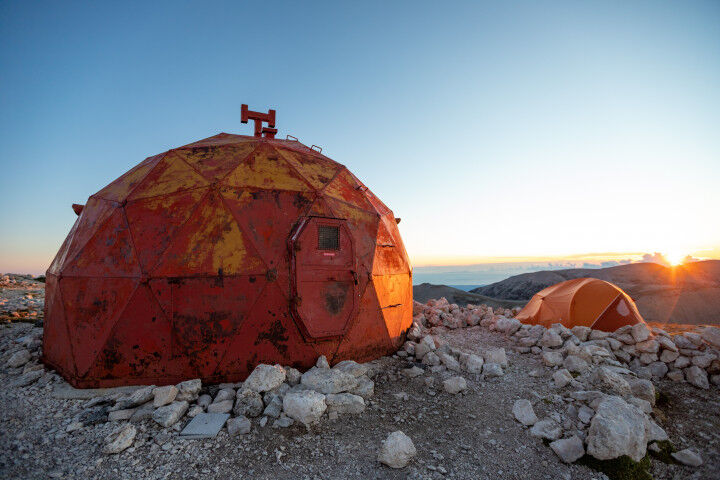 Entirely set within Abruzzo is the Maiella National Park which features abundant flora, as well as bears and chamois, and the steepest rocky valleys of the Apennines. Finally, the Sirente-Velino Regional Natural Park protects the imposing massifs that separate L'Aquila from Sulmona and Marsica.

You will certainly want to head up into the mountains in search of tranquility, authentic local products and history. The network of roads that joins the mountains to the hills and the coast remains the best key to reaching and then understanding and appreciating Abruzzo.

What are the best wine and food itineraries?

The Consortium for the Protection of Abruzzo Wines has set up an excellent digital platform which is very easy to consult, and shows the best itineraries of the region. There are 14 itineraries, more than 200 points of historical, artistic, cultural and natural interest, around which you can plan to visit the wonderful array of Abruzzo wine cellars.  Authentic Abruzzo can be discovered at the table and in the kitchen! 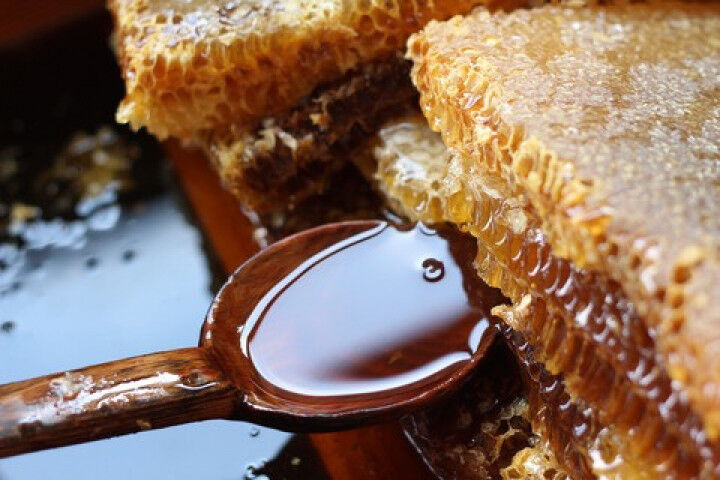 What food is Abruzzo known for?

The cuisine of Abruzzo is made up of a variety of unique and cherished products.

From the mountain heights comes the wonderful single-floral honeys like Santoreggia, Sideritis and Marrubio made in the Apennine Mountains of Abruzzo, as well as the millefiori mountain products from apiaries located at altitudes above 800 meters above sea level. 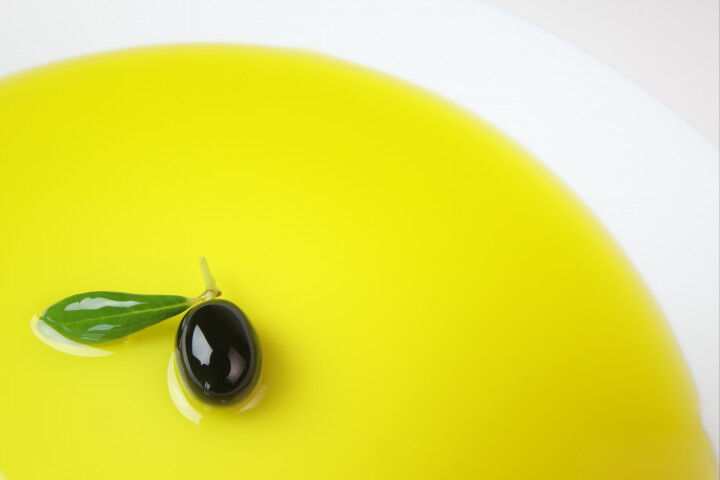 Other products of considerable interest are those coming from the olive groves, especially in the areas of Loreto Aprutino, Penne and Moscufo, which provide olives and oils of the finest quality (DOP Aprutino Pescarese, Colline Teatine and Pretuziano Colline Teramane).

Another important product is L’Aquila's PDO saffron, which historically was cultivated and traded with the cities of Milan and Venice, as well as far away Frankfurt, Marseilles, Vienna, Nuremberg and Augsburg.

There are two IGP products, the lamb of central Italy and the white veal of the central Apennines, as well as wonderful fruits and vegetables such as the potato and carrot of Fucino. Among important protected products there is also the Paganico bean, the Santo Stefano di Sessanio lentil, the Navelli chickpea, the Fare Filiorum Petri white onion, the Solina wheat of the Abruzzo Apennines and the Atessa dried fig. Perhaps the most unique is the turquoise potato which has an intense purple skin and a level of antioxidant substances on par with cabbage.

You can find all kinds of sweet or hot peppers everywhere and they are consumed raw or seasoned with oil, fried or roasted, with the best one being from Altino.

Dairy products are very common, be sure to look for Canestrato from Castel del Monte and Pecorino di Farindola, followed by Scamorza made with cow's milk, sometimes mixed with goat's milk; Caciocavalli, Ricotta, Provola and Giuncate. As far as cold cuts are concerned, the Mortadella of Campotosto, the sausage from Frentano (already known in the sixteenth century in the "Ancient Chapters of the City of Lanciano"), the liver sausage from L’Aquila and the Ventricina of the Vastese, are all worth a try and demonstrate the long local tradition of transforming pork products.

The art of confectionery is very much practiced and sees its apex in the very famous sugared almonds from Sulmona and the soft chocolate nougats from L’Aquila.  Abruzzo cooking has always been considered simple, mostly linked to religious festivities and pastoral rites. 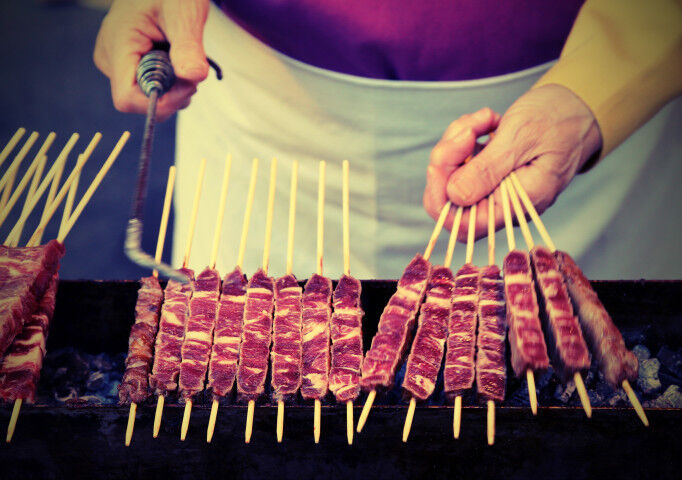 Without a doubt, among the specialties we will find maccheroni alla chitarra, a symbol of this land of homemade pasta and pasta factories with a centuries-old tradition. Potato gnocchi, ravioli with ricotta cheese, Strozzapreti, tagliolini and spaghetti complete the menu. The second courses include roasted lamb meat, always accompanied by bread drizzled with local extra virgin olive oil, some cold cuts and wine.

The consumption of lamb, sheep, mutton and kid is still very characteristic of the area located on the eastern side of Gran Sasso (pecora alla callara or al cotturo, in fact, is a perfect example), as well as in many other areas of the region. Other really succulent recipes are the cheese and egg pallotte, the turkey alla canzanese and the fish broth that uses fish from the Adriatic sea and is traditionally cooked in an earthenware pot with a base of fresh tomatoes and many aromas. 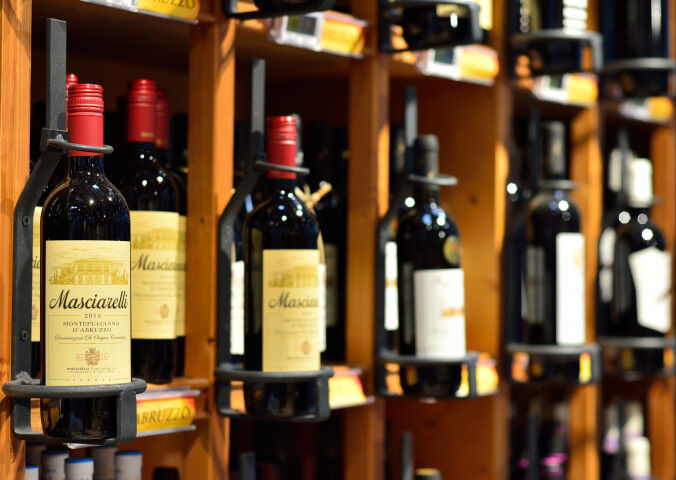 What winery to visit in Abruzzo?

What grapes are grown in Abruzzo?

Now talking about viticulture, the main varieties are Montepulciano and Trebbiano, followed by autochthonous varieties such as Pecorino and Passerina. They are cultivated by small and big producers who, after overcoming the phylloxera epidemic, have returned to their ancient splendor in terms of quality.

Masciarelli Winery is certainly the most important representative of modern winemaking in Abruzzo. It was founded in 1978 in San Martino sulla Marrucina by Gianni Masciarelli who had a futuristic vision of making great wines from Abruzzo’s local grape varieties.

Deeply in love with his land, he began this journey in order to reveal the hidden potential of the vines and became in a short amount of time the absolute protagonist of the rebirth of Abruzzo’s winemaking. He inherited his passion for winemaking from his paternal grandfather Giovanni.

He adopted a French style of winemaking and at the beginning of the Eighties he introduced innovation, new ideas and, above all, the will to break ancient local rules of cultivation and pruning to focus on quality over quantity. In 1984, he bottled his first wine, which is still iconic today: Montepulciano d'Abruzzo Villa Gemma. He chose to age it for a long time in barrique, a method almost unknown in his territory until that moment.

Since 2008, the winery has been managed by Marina Cvetic, who continues to carry the inspiring principles of the founder alongside her daughter Miriam Lee, contributing in an impeccable way to the international promotion of its wines.

Where to Stay in Abruzzo? 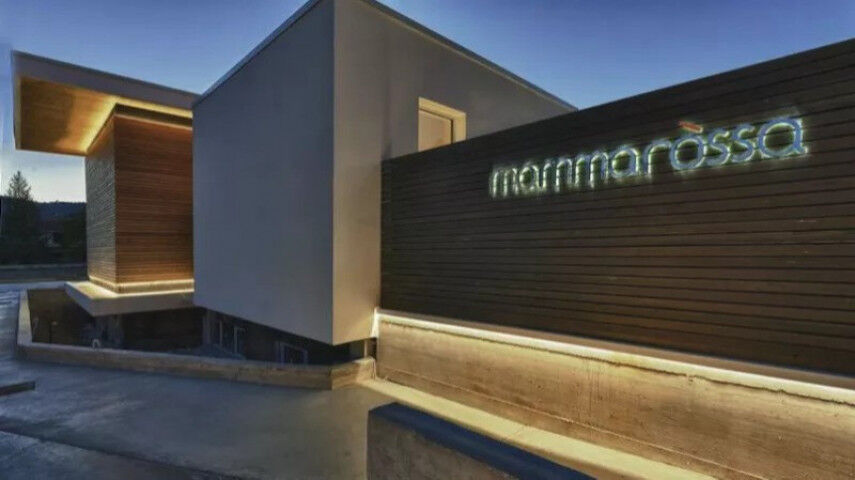 Were should you eat in Abruzzo? 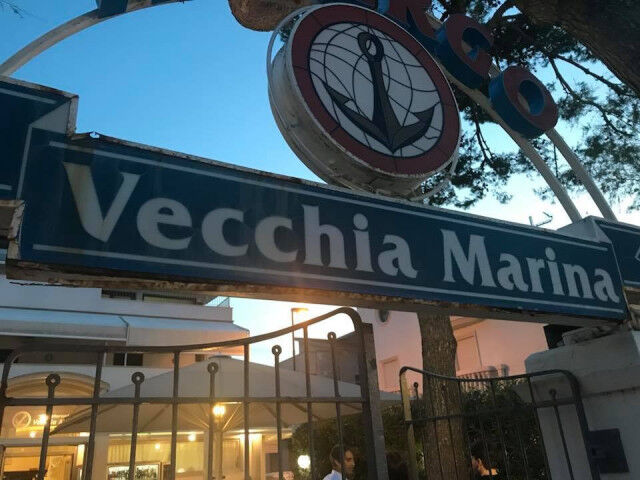 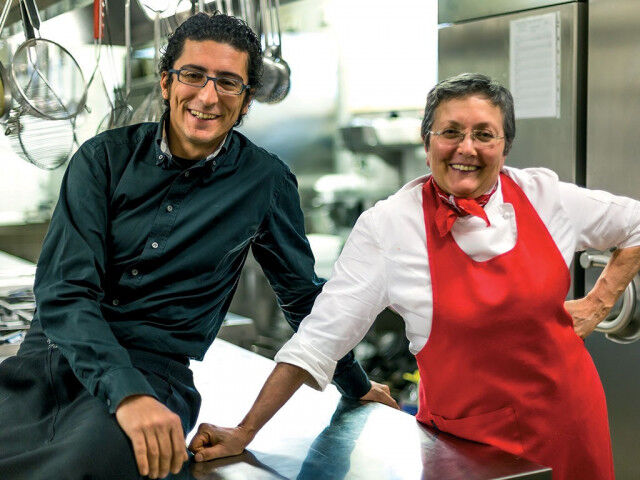 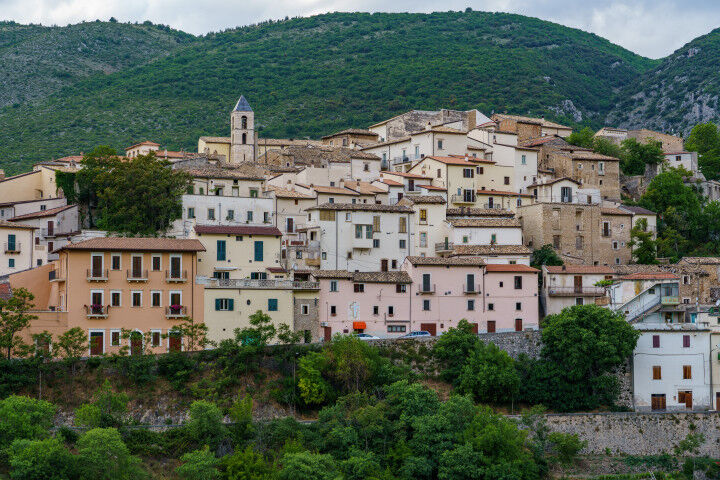