Aosta Valley: Italy's smallest and least populated region is where you'll find hearty alpine cookery at its finest. Read our guide to get a better understanding of why this tiny part of Italy is home to much more than ski resorts and mountain climbing 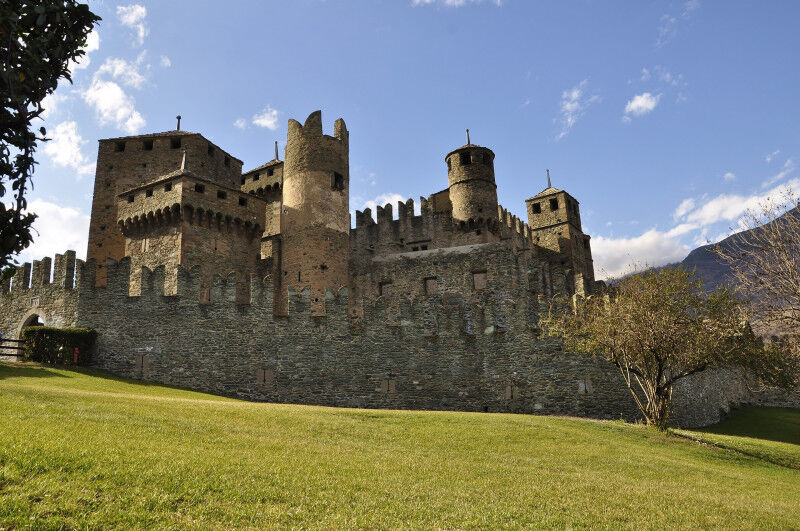 What food is Aosta Valley famous for?

The Aosta Valley a cuisine therefore favours high-calorie dishes based on game and cheeses, often from high-altitude mountain pastures

The cultivation of barley, rye, maize, leeks, potatoes, beetroot and aromatic herbs is also characteristic, the latter being used both for medicinal purposes and for steeping and curing meat, thanks also to the development of the spice trade in the Middle Ages. 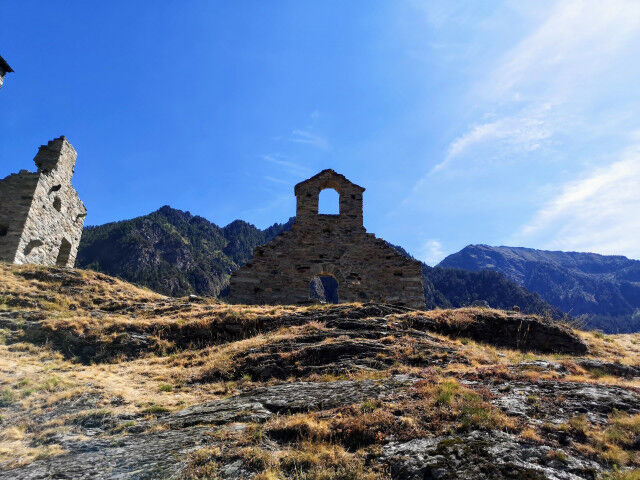 Surrounded by Europe's most important mountain chain, the Aosta Valley is an alpine community in complete harmony with nature, located in the far north-west of Italy. It is the smallest region in Italy in terms of surface area and population, but it offers endless opportunities to the visitor, satisfying nature lovers, explorers and winter sports enthusiasts, without disappointing those who wish to seek out art and traditions.

Bounded by Europe's largest mountain range (the Mont Blanc and Monte Rosa massifs), the Vallée represents, without a shadow of a doubt, mountains in their entirety, particularly from the point of view of tourism.

In spite of the environmental difficulties, the Aosta Valley shows signs of man’s endeavours from prehistoric times. In fact there are many traces of an alpine society, such as the countless rural houses, chapels, terraces and the typical ru, channels dug into the rock or suspended on daring structures built to direct the water of the torrents into cultivated areas.

Equally interesting is the visible proof, in the form of paths, mule tracks, and carriage roads, that reveal the region as an important link between northern and southern Europe and that already saw it an international transit area under the Romans, whose presence left numerous signs along the road of the Gauls (la strada delle Gallie), which from Ivrea climbed to the passes of Alpis Poenina (Gran San Bernardo) and Alpis Graia (Piccolo San Bernardo) with the bridges of Pont-Saint-Martin, Châtillon, Pondel (Cogne) and Aosta. 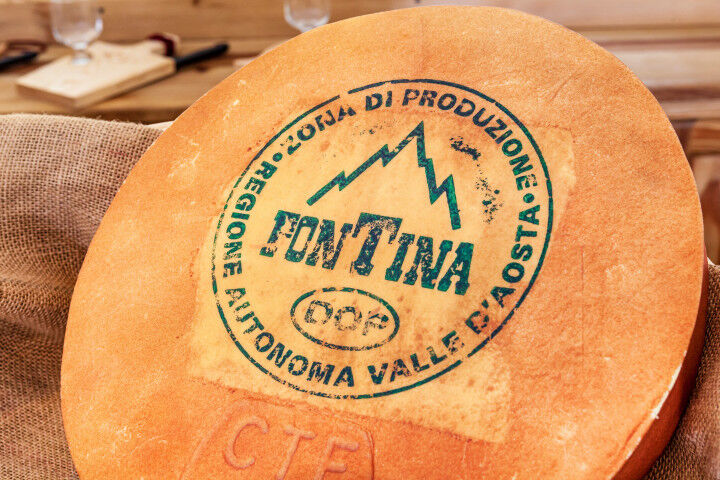 Savoring the Flavors of the Aosta Valley

A place of transit and borders, the Aosta Valley's mountain culinary tradition blends with influences from beyond the Alps, celebrating the art of aging and preserving, and the history of gastronomy intertwines with that of the peoples of the region.

Thanks to the abundant alpine pastures, dairy products have been the main ingredient of meals for centuries. Cows fed on fresh natural pasturage in summer and hay in other seasons give rise to tome, ricotta and butter, in which the flavour changes according to the season, the altitude of the pastures and the variety of grass, the latter being an incredible agent in the milk and thus on the palate.

Fontina DOP, whose origin is lost in the mists of time, is the undisputed king of cheese production and regional cuisine in Aosta Valley.

The other cheese, to which the denomination of origin has been recognised, is Fromadzo, a patois term (the local language of Franco-Provençal origin), to indicate a homemade toma made mostly from cow's milk, but sometimes with the addition of goat's milk. 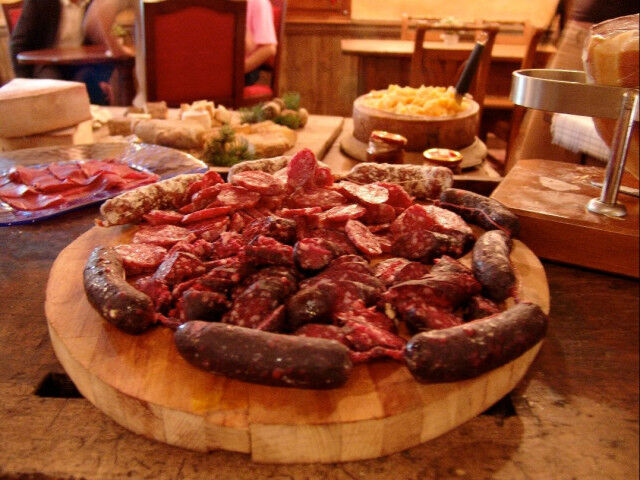 Like the cheeses, the local sausages and salamis are the result of ancient traditional processes. This is the case of the two Aosta Valley DOP cured meats: the famous Lard d'Arnad and the fragrant Jambon de Bosses, mentioned in the registers of the Gran San Bernardo Hospice as early as 1397.

The raw ham produced in Saint Marcel and the grilled ham from Saint-Oyen are also intensely aromatic. During the winter months, the slaughtering of the animals was an occasion for festivities and gatherings with friends and relatives, where everyone took part in the ritual: while the women prepared the casings, salt and flavourings for the subsequent processing, the men killed the animals and cut the meat, preferring the prized cuts for the noble salamis and the less prestigious cuts for home-made sausages.

A mixture of lard and pig's blood is used to make boudin, a blood pudding in the Aosta Valley version, flavoured with spices and featuring potatoes and beetroot in the mixture. 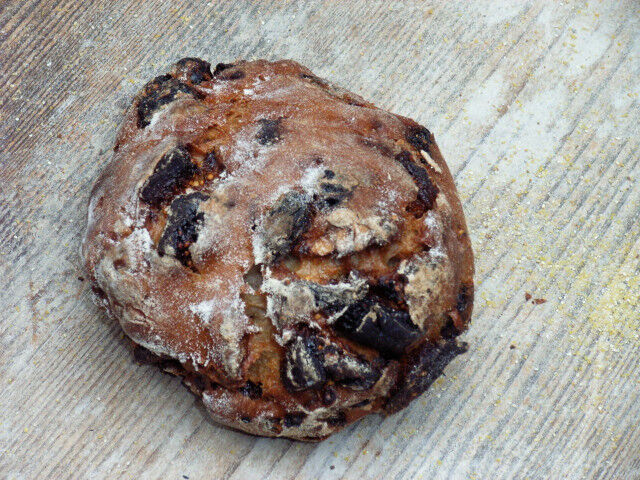 The motzetta derives from the alpine custom of seasoning the lean parts of the animal with salt and herbs: once prepared with the thighs of chamois or ibex (now protected species), it is now made from beef or goat. Another gastronomic speciality is teuteun, salted cow's udders.

Chestnut trees grow in the warmer and sunnier areas, and chestnuts were used to make a flour to supplement wheat, maize and rye.  It is the bread of the poor par excellence, and is still widely used today, together with wheat, to make excellent, low, round loaves.

At one time rye bread was only made once a year, at the beginning of winter, and was baked in community ovens, fed with wood gathered in the woods. It was then broken with a guillotine-like tool, called a copapan or tsapiet, and eaten either dry or softened in milk or broth, water or wine; the crusts, fried in butter, were even served with barley coffee.

A place of transit and borders, the Aosta Valley's mountain culinary tradition blends with influences from beyond the Alps, celebrating the art of aging and preserving, and the history of gastronomy intertwines with that of the peoples of the region.

Where to eat Aosta Valley dishes?

Fabulous place where you will be welcomed with courtesy by waiters in traditional dress. Exquisite pierrade (meat and vegetables cooked in tables: one on the brazier, the other on the losa).

In the context of an enchanting seventeenth-century mill, this agritourism offers a simple but extremely refined Aosta Valley tradition. 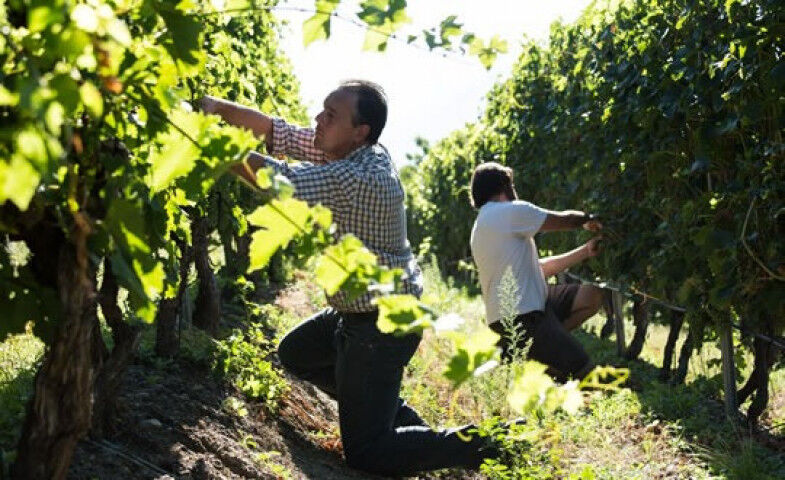 What to drink in Aosta Valley

Finally, a very interesting chapter is given to wine. The Valdostan wine-growing landscape is in fact the litmus test of how man interacts with his territory. Mountain wine-growing has become known as 'heroic' precisely because of the pitfalls and hardship that await wine-growers during their work: a rather delicate function, above all with regard to controlling erosion on steep slopes.

It is no coincidence that some of the vineyards stand on terraces supported by dry stone walls, which require exclusively manual work from the vine-growe

Where to taste Aosta wines?

From the cellar come nectars of exquisite mountain freshness, the result of a sensitivity always demonstrated. They highlight whites (above all Petite Arvine and Chardonnay) and reds (in particular Pinot Noir and Petit Rouge) of great naturalness and typicality.

Authentic and vibrant interpretations on all the labels. The Petite Arvine is excellent, but it is with the Torrette Superieur and the Fumin that it reaches a rare distinction.

Particularly attentive to sustainable viticulture, Chul Kyu, an enologist from Langhe of Korean origin, brings out whites and reds of great naturalness and typicality. 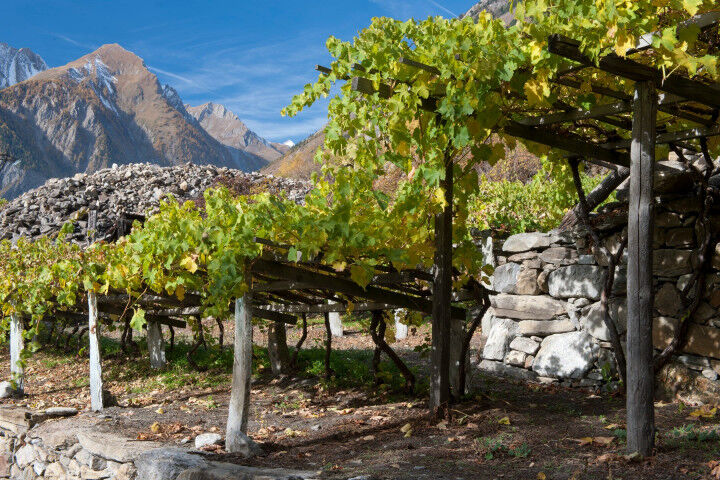 For its breath-taking landscapes at an average altitude of over 2000 metres; for its peaks that have made mountaineering history; for its hiking routes in still wild valleys; for its well-known Alpine ski resorts; and above all for its very wild and unspoilt, in short, authentic nature!

What are some popular places to stay in and around Valle d'Aosta?