Check out what makes the Bolgheri wine region different from its neighbors. Bolgheri and its wines are famous throughout the world for prized Tuscan wines.

The tall straight cypresses in double row
Troop from San Guido down to Bolgheri;
Like giant striplings at a race they go
Bounding to meet and gaze once more on me.

Tuscan poet Giosuè Carducci begins his famous ode to Bolgheri with these verses, stanzas that have since made Bolgheri immortal. Indeed, the small medieval Tuscan village is reached by traveling through the "Viale dei Cipressi,” the 5km-long road connecting the oratory of San Guido, located along the Via Aurelia, to the Tuscan village that dominates the hill.

THE MONUMENTAL HISTORY OF BOLGHERI

A living monument of both national and oenological importance, Bolgheri’s history and that of its famous avenue are closely connected with this history of its precious, fabled red wine that has made this part of the Tuscan coast world-famous.

Used by the Bolgheri Consortium as its company symbol, the avenue was built by Guidalberto della Gherardesca in the early 1800s.  This is the same della Gherardesca who reconstructed the area’s vineyards following the most advanced agronomical knowledge of the time, and laid down the very roots of what would later become the mapping of Bolgheri's wineries.

VITICULTURE IN BOLGHERI - HOW IT WORKS

It’s clear and correct to state that viticulture in Bolgheri, in vigor since the 12th century, is right at home in this area.  Today’s Bolgheri territory, located within the confines of Castagneto Carducci in the province of Livorno, is a natural amphitheater with a unique microclimate.

The stretch of Tuscan coastline, looking outwards towards the islands of Capraia, Gorgona, and Corsica, is embraced by the Colline Metallifere (Metal-bearing Hills) in an ideal corridor leading towards the glorious “stage,” in the case the Mediterranean Sea.

Vineyard altitudes in Bolgheri range from 10 to 380 meters above sea level, and extend from the plains outwards to the slopes of the wood-covered hills.  These woods, aside from being pleasant and cooling during hot summer months, also ensure the presence of a rich, diverse local ecosystem.

Sea breezes constantly refresh the area, limiting vineyard humidity, and lowering the risks of diseases connected to this humidity.  The breezes also enable the grapes and wines to acquire freshness and elegance.

The Bolgheri lands are kissed by the sun, enjoying a particularly high solar radiation index.  Rainfall is pretty steady at 600 ml per year.

Grapes growing in Bolgheri are varied, with the most popular being Cabernet Sauvignon (36%), followed by Merlot and Cabernet Franc (23%), Petit Verdot (12%) and other minority grapes.  Cultivation methods mainly following the single spurred cordon, or guyot techniques.

COMPOSITION OF THE BOLGHERI TERRITORY

The Bolgheri Consortium was born in 1995, and was formed by 60 Bolgheri area wine producers.  The Bolgheri area is remarkably well-planted, with vines accounting for growth on 1.370 hectares, with approximately 7 million bottles producer per year.

The incredible variety found in the Bolgheri’s subsoil is a truly remarkable feature.  Geologically, the soil shows two different compositions:  partly marine, resulting from the sea’s retraction, and partly alluvial, marked by deposits created by rivers coming from the countryside hills.

Professor Attilio Scienza undertook an amazingly comprehensive study of soil zoning in the Bolgheri area.  Scienza identified 27 different soil types, with multiple soil types appearing jointly even in greatly restrictive, small areas.  Researchers and viticulturists have correctly inferred that on average, the soils are quite deep, and represent precious water reserves for the vines even during the driest periods of the year.

Area soil is primarily composed of sand and clay, with a presence of ancient fossil shells.  In the case of Sassicaia, the soil also holds deposits of iron oxide.

Sassicaia is the wine that ultimately put today’s Bolgheri region and DOC on the wine-lovers map and radar.  It could only be a monumental wine like Sassicaia to change the course of wine history by earning itself the autonomous denomination of Bolgheri Sassicaia in 2013.

Astoundingly, in 1983, the disciplinary of “Supertuscans” allowed for only white and rosé wines to be included in the Supertuscan umbrella, relegating the red wines of Bolgheri to the label of “table wines.” International opinion tended to be incredulous that such a valuable wine and asset was not guided or protected by any organization or foundation. As such, the idea to cover the Sassicaia wine under the DOC umbrella was born, not in Italy, but abroad.  This idea developed further to cover all fine Tuscan wines and protect them with DOCs within their regions.

In another shining example of Sassicaia’s brilliance, we head to the infamous blind tasting led by Decanter in 1978.  Sassicaia easily surpassed the world’s best Bordeaux blends, and bested even itself with its 1985 vintage, which was awarded an unprecedented 100 points by Robert Parker.  Today, Sassicaia has continued its path ahead of the pack, and maintains its role as a cult object of worship for the world’s most refined palates.

We’ve got more on Bolgheri for you to check out - be sure to take a look at Filippo Bartolotta’s video lesson on the Bolgheri wine lands, and what their appellations mean.  A trip to Tuscany’s coastal wine regions has never been so enticing!  Learn more about what the Bolgheri and Bolgheri Sassicaia Wine Consortium is doing to help the Bolgheri wines reach every corner of the globe! 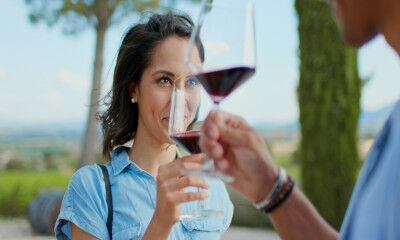 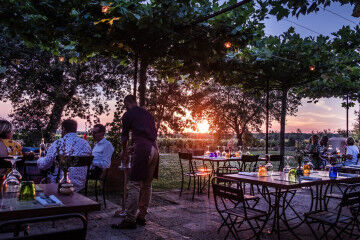