Cecina, Tuscan Chickpea Flour 'Flatbread' is a simple, nutritious recipe, that is also vegan and gluten-free. It is a classic street food from the Tuscany Region, made of only a few ingredients: chickpea flour, water, e.v.o. oil, salt, and pepper. The word Cecina comes from the Italian word Ceci, which means Chickpeas.

What is Torta di Ceci, Cecìna or Farinata di Ceci?

In Tuscany, it is called Torta di Ceci (Livorno) or Cecìna (Pisa) since, in that region, farinata consists of a winter soup made of black cabbage, yellow bramata flour (maize) and cannellini beans. In Liguria, it is also called fainà, and is characteristic throughout the region. It is also prepared in Sardinia, especially in Sassari where its name is fainè (often cooked with other ingredients such as onions, anchovies, sausage and with the addition of a sprinkle of black pepper)

Whatever it is called, it looks like a thin focaccia whose main ingredient is chickpea flour. 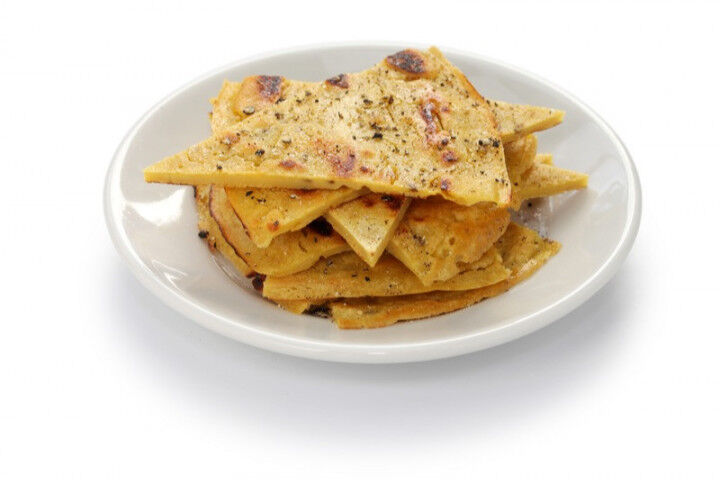 What is a Chickpea?

It is a small legume covered in a fine down, containing two or three round, hard, creamy - yellow seeds with a smooth or wrinkled surface. Harvested between June and October, it is used in cooking in its dried state or can also  be made into flour. It is particularly rich in nutrients, especially sugars. 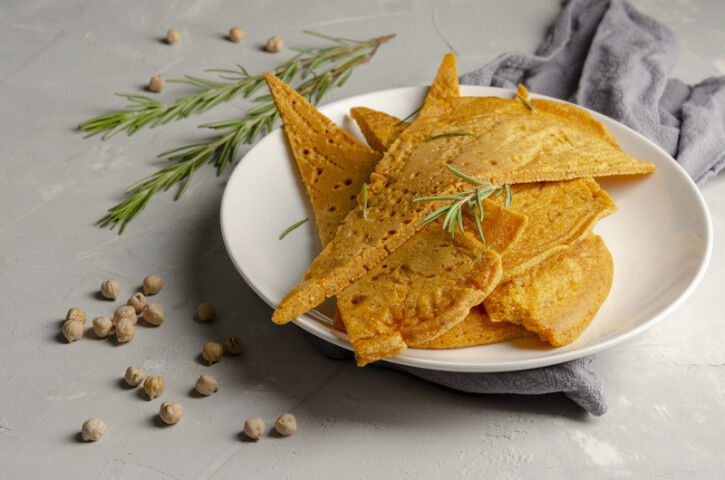 Where does Farinata originate from?

With working-class roots, but gastronomically 'democratic', the Ligurian cecìna or farinata has always appealed  to all social classes.

Together with bread, it is one of the oldest foods prepared in the Mediterranean although  its origins remain rather uncertain.

According to some legends, the dish originated in 1284, following the defeat of Pisa by Genoa at the Battle of Meloria, during the era of the Maritime Republics' trade with Arab countries.

Apparently, sacks of chickpeas and barrels of oil were turned upside down, and became saturated with salt  water. The resulting mixture later dried in the sun, making it into a kind of  pancake. 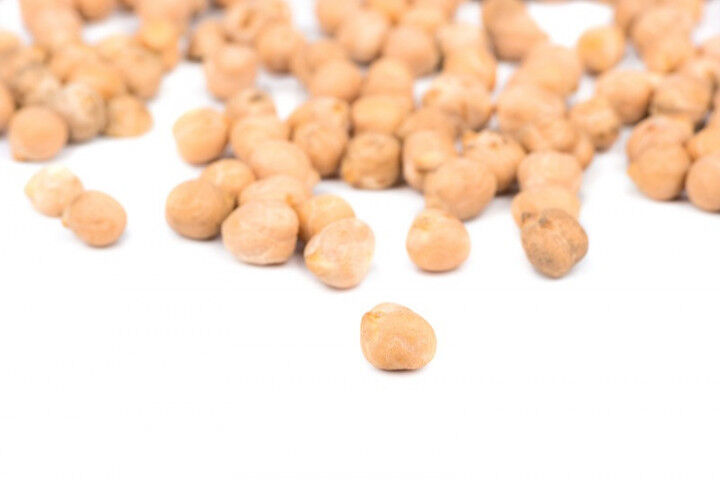 What are the Ingredients of Cecina? 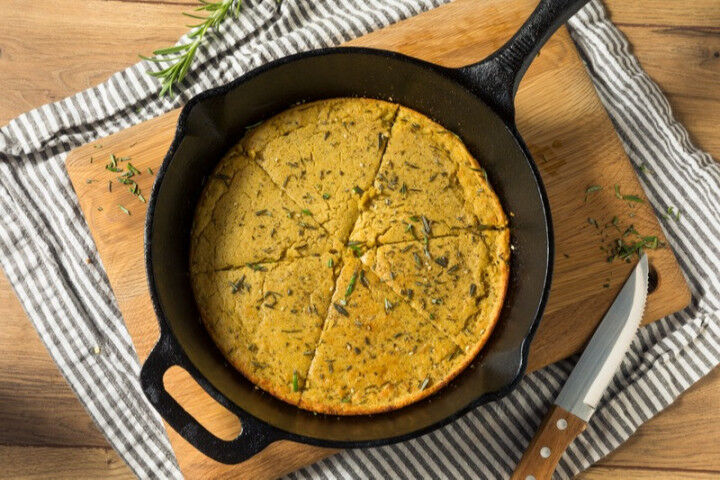 The mixture of water and flour, which is decidedly liquid, requires experience in preparation, starting with prior resting for at least four hours.

For this reason alone, the 'cecìna' cannot be improvised. Then, the baking tin is specific, made of galvanised copper and of good thickness so that the farinata cooks at a high temperature before the tin itself overheats - so, no multi-purpose or even non stick pans.

Finally, to ensure an even thickness, it is essential that the oven floor is perfectly horizontal, and preferably made of baking bricks. Half an hour of baking in a hot, closed oven is sufficient

The water must be tepid. Then when salting the batter, on tasting, the mixture must be bland and with no lumps. The pan needs to be generously sprinkled with EVO oil and the thickness of the batter must be one centimetre.

It is eaten hot, sprinkled with black pepper. It should be crispy on the surface without becoming dry (golden-brown crust), soft inside and thin in  thickness. Taste-wise, if the cooking has been spot-on, there should be no  separation between the crust and the layer underneath, and no noticeable traces of greasiness or wetness: the overall sensation should be dry but  moist, and savoury. 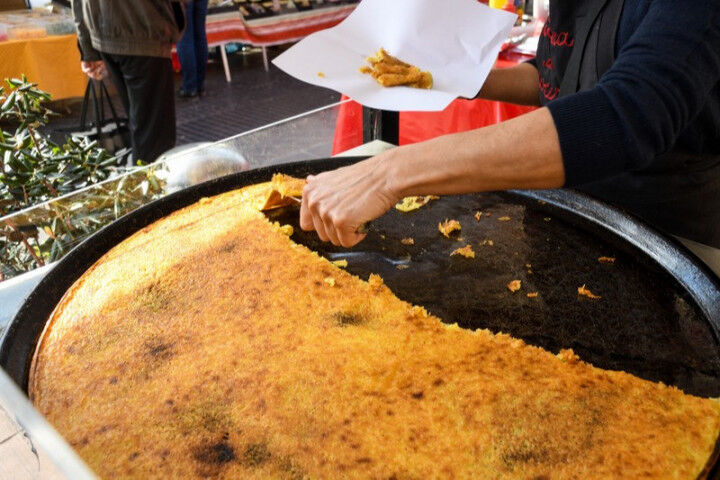 Torta di Ceci can be accompanied by still or sparkling white wines that show volume, fullness and body, but above all that are characterised by a fresh  and well balanced acidity, on saline and citrus notes, sometimes even spicy. 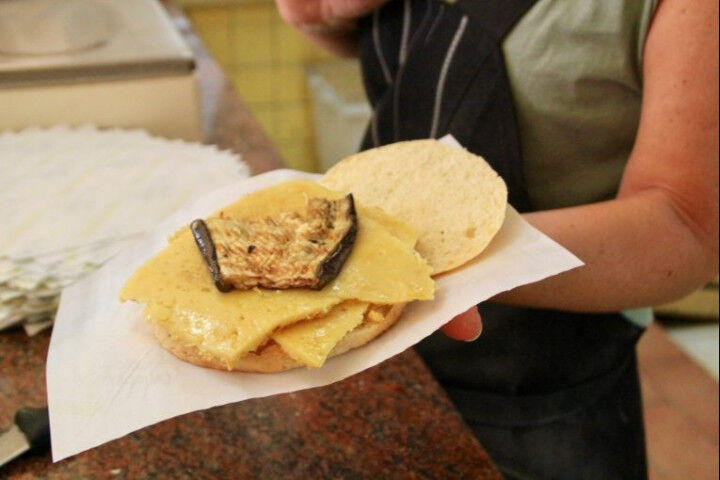 Where to eat Torta di Ceci in Livorno?