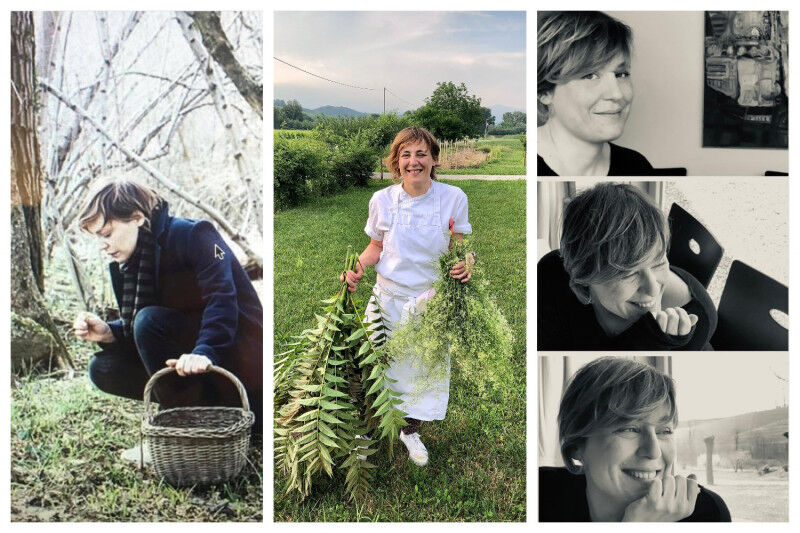 Antonia Klugmann is one of Italy’s most influential women in the Italian restaurant scene.  Who is Antonia Klugmann?  A Michelin-star holder since 2015, the winner of the Chef of the Year 2020 awarded by Italian publication Identità Golose, and a well-known TV presence thanks to her judging role on Masterchef 2017.

Klugmann’s culinary career shift began in the midst of her Law studies.  A gourmet spark struck at this time, and encouraged her to change her life path, discontinuing her studies at the State University of Milan and bringing her to study instead at the culinary school, Altopalato.

Her immediate successes at the culinary school in turn led her to open her first restaurant, at the age of 27, L'Antico Foledor Conte Lovaria.

Today, Antonia is a relentless force of nature, constantly on the move, ambitious, and in search of ultimate perfection. Klugmann felt the need, following the success of her first restaurant, to create a locale corresponding exclusively to her tastes and sensations.

Klugmann began her search, lasting over one calendar year, focusing on the lands of the Friuli-Venezia Giulia region and its impressive rural landscapes, seeking out the ideal location surrounded exclusively by natural, bucolic beauty.

THE BEGINNING OF A TRAIL-BLAZING RESTAURANT HISTORY

Klugmann subsequently zeroed in on the ideal location, Dolegna del Collio, and immediately began the construction works necessary to make the location just right.  Over the course of the next four years, while work was underway in her dream location, Klugmann further honed her culinary chops, first in the kitchen of Il Ridotto, and then in the kitchen of Venissa, on the minute Venetian island of Mazzorbo.

In 2014, when L'Argine a Vencò opened its doors, the restaurant immediately expressed Klugmann’s vision of a “small country restaurant with the world as its horizon.”

It took just a short few months before the restaurant was awarded a coveted Michelin star, bringing both the Trieste-born chef and her restaurant directly to the forefront of the public’s eye and perception.

WHAT MAKES THE KLUGMANN APPROACH DISTINCTIVE

Seasonal ingredients draw heavily from a vegetable-based world, distinctively combined with a protein-based component, and the unmistakable Klugmann signature, a sweet nuance often peeping out in her dishes.

Such is the case of Spaghetti with Strawberries, Tomato and Bear Garlic, or Wild Boar Cappelletto in Plum Broth.  These and other dishes are born not only from the geographical territory where Antonia’s cuisine is inspired, but even more so, from Klugmann’s inner “territory,” a place of her personal recollections, memories, and experiences.

Klugmann uses both tradition and personal retrospection to give new life to revelatory flavors and culinary combinations, where the legacies of the past remain a distant echo.

The restaurant follows Klugmann’s profound attention towards sustainability.  Antonia heeds this both as a notion in a large, over-arching sense, as well as a conceptual application referring to balance and anthropological overall wellness.

Following this principle, we see in Klugmann’s dishes, a careful calibration of vegetal and animal components.  Klugmann pays particular attention to vegetal elements in the construction of tasting menus, allowing the guest to enjoy a complete menu without that classic feeling of heaviness and over-satiation that can sometimes result from multi-course meals.

A BLEND OF EXCLUSIVITY AND QUALITY

With regards to her restaurant’s composition, Antonia immediately opted to limit the number of tables and seats available.  Klugmann also worked towards building her restaurant’s stock and supplies all sourced from small local suppliers.

Klugmann offers an additional guarantee of quality and seasonality in her selection of ingredients by incorporating as much as possible of each element with minimal waste.  Klugmann often collects and harvests her own herbs collected during bouts of foraging during long nature walks taken in her idyllic rural island within the marvelous setting that is the Collio Goriziano.

Love hearing about Collio Goriziano, an area that perhaps you might not already know?  Check out Lele Gobbi’s An All-Italian Love Sonnet for Italy’s Collio Goriziano, for another peek into this Italian paradise.  Curious about other areas?  Don’t miss Gobbi’s Roero: a great pleasure trip between wine and nature, the wines from neighboring Piedmont’s lovely landscapes. 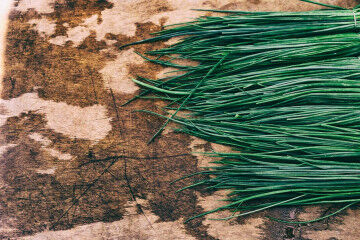 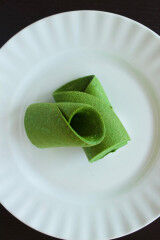 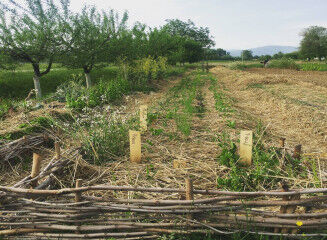