The terrible years of phylloxera and blight that almost destroyed the wine industry of France and put the rest of the world's production at risk. 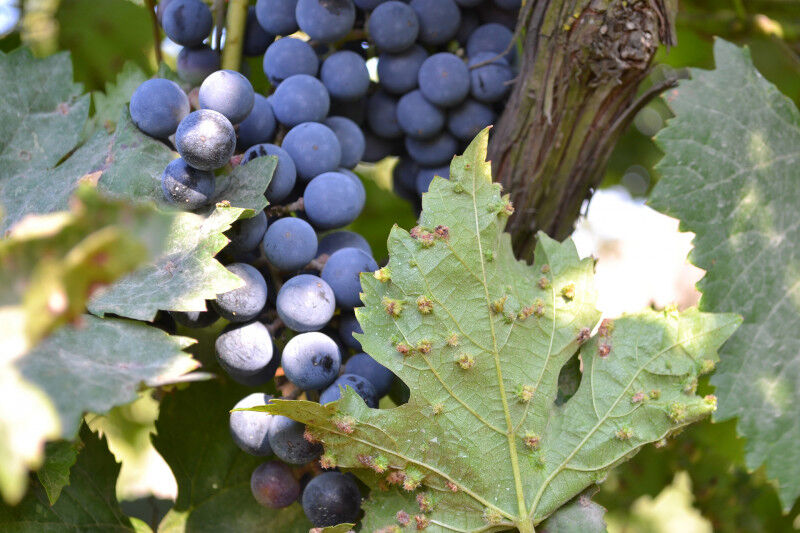 Up until now, the world of wines, particularly French wines, was moving ahead swimmingly.  Demand was booming, new markets were forming both internationally and domestically, and wine had recovered its hallowed status as both a part of daily life for mid-level consumers who included wine at all meals, and for high-society types beginning to discover Champagne, prized Bordeaux wines and other specialty wines available at a certain cost.  In the late 1800s, this sentiment came to an abrupt halt, and the wine world (at least the European wine world) was forced to leap into the future.

The late 1800s and early 1900s was a time for oodles of new technology - cameras made by Kodak were available, Alexander Graham Bell put together the first telephones, the paper clip was invented after one too many ruined documents, the first affordable cars were being rolled off assembly lines in the US-based Ford factory, and so many other wonders of the time. It must have been a most exciting moment to be alive, with travel quickly becoming easier and speedier than ever. Travel by boat had been around forever (the Nina, the Pinta and the Santa Maria, anyone?!), but global travel was even more enticing thanks to the development of steamships that were cutting travel time literally in half.  In a celebrated use of technology (blending both steamships and the new telegraph communication devices), American nutjob Hawley Crippen was captured along with his fugitive girlfriend on a new steamship from the UK to Canada after Crippen killed his wife in the UK.  Technology and science were presented as working arm-in-arm for the sake of mankind, making life simpler and more just.

It’s lovely to think that technology was bringing about only positive change, but, as we're about to learn, the exchange between countries, and speed itself, isn’t always a harbinger of good times ahead.

For the sake of viticulture’s scientific development, North American grape vines had been brought over to Europe on several occasions, of course via slower ships.  As horticulturalists explored new vines, grafting (physically blending two different vines together) was one of the areas they explored.  The underlying problem with grafting was that everything was built on the vitis vinifera species, which was the foundation vine for just about all of the European wine-producing countries.  All grafting and pruning that Medieval Monks and Romans had done also worked from vitis vinifera.  Essentially, the fact that the vines were a monocultural product with unfortunate genetic uniformity, with the same foundations throughout all the wine-producing countries, made them especially vulnerable to plague and disease.

The desire to create stronger, more desirable vines was a no-brainer for vintners, and the import of non-native vines became a bit of the norm, particularly in France.  Cue the doom - in the late 1800s, French wineries near the Languedoc region began experiencing a nightmare scenario:  vines began dying off, literally withering away.  The year was 1863, and vintners at the time were absolutely stumped as to what the problem was.  This absolute ignorance was understandable, as affected vines, when de-rooted, only demonstrated damage via withered and decayed roots, but no animal life or molds were to be seen.  In truth, the microscopic culprit was the terrible phylloxera aphid, which didn't hang around long after sucking the nutrients and sap out of the roots.  This was the exact same reason that in the 16th century, French colonists didn't discover phylloxera when the vines they bought and planted all died.  Not seeing aphids physically attached to the plants, they didn’t infer that such a little beast was present and simply assumed that European vines were ill-suited to grow on American soil.

After phylloxera continued unhindered, provoking a general devastation of the French wine industry. Estimates from a 15-year period indicate that over 40% of France's vineyards were wiped out, doing significant damage economically.

It would be several years down the road until the cause was determined, and at that point, the aphid had moved its way through broad swaths of Europe, getting as far as Australia.  Even California was also hit, as the vinifera vines grown by French settlers also were helpless in the face of phylloxera (native vines had instead developed defenses against phylloxera).
How does the rest of the phylloxera drama unfold?  Are we still battling this aphid?  Is the global wine industry still at risk?  Keep reading to find out the rest of the story.....