What is Dom Perignon? 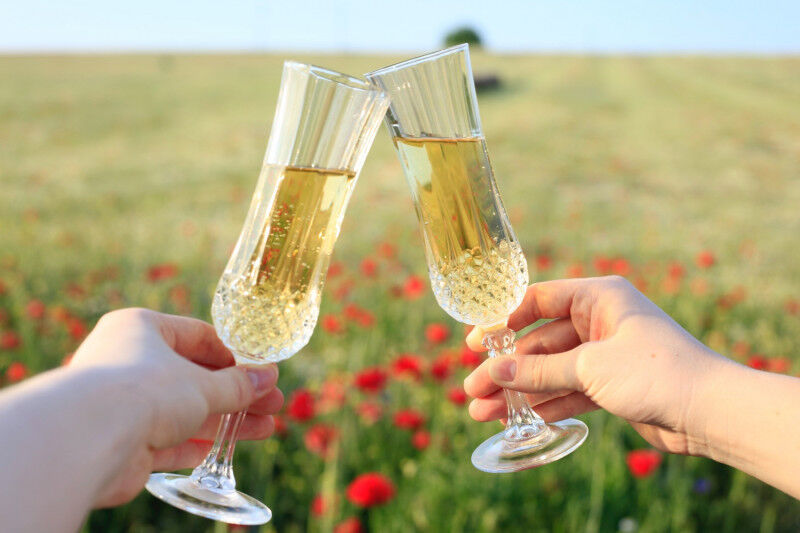 If you've read the previous installation, you'll know that I've already covered a background of Champagne's fascinating backstory, which bring you to the entrance of Dom Pérignon on the scene.  Legend has it that he was responsible for the creation and/or discovery of Champagne, and while I hate to burst your bubble (pardon the pun), that's not the whole story.

Dom Pérignon was a major player in the wine's diffusion, but you should remember him as a contributing actor, not as the director. Upon his arrival at the Abbey of Hautvillers in the early 1660s, Pérignon was already a few years behind the documentation made by English physicist and scientist Christopher Merrett, who observed the addition of sugar or molasses to the finished wines by English wine makers (already having undergone an initial fermentation).  Merrett presented a paper in London during a Royal Society meeting, and therefore beat out Pérignon’s discovery by a few years. As you can imagine, this historical birthplace of sparkling wines is a very touchy debate between the English and French.

Back to history - Dom Pérignon was appointed head cellarer at the Benedictine monastery Hautvillers to rid them of the problematic bubbles appearing in their wines after a first fermentation.  Contrary to preferences today, the producers of the time were looking for a still white wine, and bubbles were viewed as a grave defect. And it wasn't just a question of taste only:  bottled wines experiencing a second fermentation had a tendency to explode, destroying obviously their own contents and risking the contents of all nearby wines, setting off a terrible chain effect amongst the delicate bottles.  It's no wonder that the wines were referred to as le vin du diable (the Devil's wines) for their unstable and unpredictable, dangerous attitude!

While the English market would later prove them wrong (they adored the flavor and appearance of sparkling wines), they felt their only hope in correcting their wines was with the assistance of Dom Pérignon.  With a family history of wine production and a reputation for patience and perseverance, he was clearly the right man for the job.

Throughout the remainder of his life, Pérignon dedicated special care, research, studies and experimentation to perfecting this wine and crafting an end product close to what you can enjoy today.  The preference at the time was for sweeter wines, whereas today's proven winners are the Brut variety, but much of the fermentation and bottling techniques began with this marvelous man.

He was amongst the first French winemakers to utilize English bottles which were stronger and capable of withstanding the immense pressure created inside the wine during its second fermentation cycle.  Pérignon also was the first to top bottles with natural corks instead of hard wood, which were particularly well-suited to last (and even help) during the in-bottle second fermentation.  Another crucial contribution still used today was his innovative blending of grapes from multiple vineyards, to create an intriguing, unique cuveé.

A canon published in the early 1700s and featuring suggestions on viticulture commonly attributed to Pérignon, featured strict rules on harvesting time (best during chillier, damper conditions with overly large or rotten grapes being discarded), aggressive pruning to ensure vines grew to maximum 3 feet, use of varietals (Pinot Noir only), use of multiple presses to avoid unnecessary maceration of the grapes and their skins (also prohibited were trodden presses, so no feet allowed).

One thing he was not able to help much with was the bottling and glass production in France - this wasn't perfected until the Industrial Revolution made its way to France (anywhere from 4-40% of yearly bottles were destroyed each year until this point) so the solution was simply to bottle the first fermented wines into English bottles!

Once Pérignon was able to harness the fermentation process, the English jumped into the game with a strong market request for these sparkling wines.  This strong demand led to the wine's immediate popularity.  While starting off as a wine favored by the elite, Champagne then made its way into the ranks of the middle classes, who discovered the sparkling wine during the early 1920s, during the era known as the Belle Epoque.  While experiencing consequential ups and downs in public devotion, this immense wine has now taken its place as a wine of celebration, a wine to commemorate major events, a wine made to cherish, to enjoy and elevate the extraordinary into the unforgettable.

If you're thinking that the Champagne life isn't quite for you, and you're yearning for more Italian wines, be sure to check out the Mamablip Video archives for some intriguing looks at classic Italian wine regions and wine tastings.  Begin here with a look at Chianti, or here for an overview on the Montalcino region.  There's loads to explore, folks! 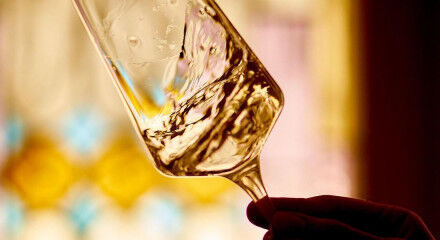