Influences from Italian immigration to the United States is integral in American cuisine. Read how immigrants left their legacy in today's cuisine.
Add to favourites 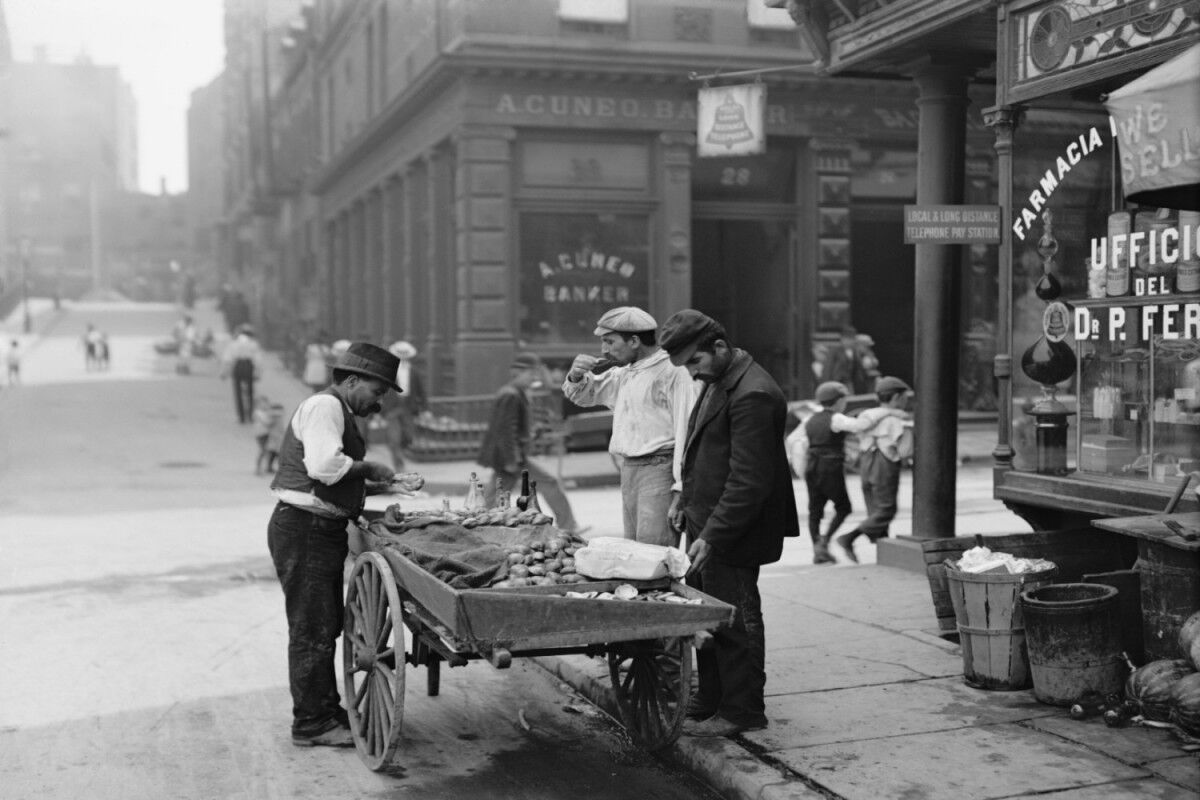 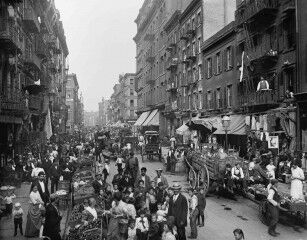 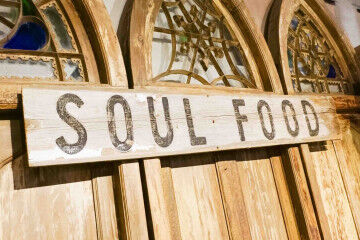 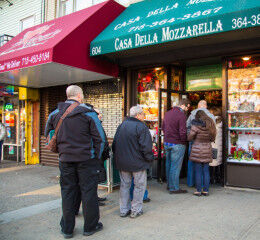 The Origin of American Cuisine: African, Native American and British Influences. Since the birth of its colonies in the seventeenth century, American diet has been characterized by a mixture of different ethnic traditions and habitats. The mixture of British, West African and Native-American ingredients was the element that initially distinguished the cuisine of the USA, while the arrival of waves of emigrants from Italy, especially in the metropolises of the coasts, is dated approximately between 1880 and 1924. One of the first ethnic influences on American cooking was that of African slaves brought to America during the seventeenth and eighteenth centuries, which gave life to the culinary art of soul food. African-American cooks in the south modified African ingredients and dishes in order to adapt them to the customs, habits and climatic conditions of the region. Favorite dishes included, for example, vegetables cooked in lard, fried chicken and fish, tripe, grilled pork, sweet potato pie, stuffed corn fritters, molasses corn fritters, molasses, eye beans.

The migratory flows of the 1900s and the food transformation

The last century saw the rise of several ethnic establishments, which undoubtedly left their mark on today's American cuisine. These establishments often also had a bar where the ethnic population of the neighborhood met and at the beginning they addressed only to the members of their own group.
Also in the twentieth century, the different migratory flows brought to America Asians and Latin Americans, whose kitchens gave their contribution to the main current. Therefore, foods were adopted, but also modified and finally made hybrid in the process of integration of migrants. That's why in restaurants all over the United States, still today, it is possible to taste Italian pasta with Asian inspired sauces made of ginger, soy and tofu, or with Mexican inspired sauces and beans.

ITALIAN IMMIGRANTS, TIES TO THE LAND OF ORIGIN AND THE BUILDING OF COMMUNITIES AROUND FOOD

Italians, especially from the South, exerted a considerable influence on American food habits by bringing the cuisine of southern regions (Sicily in primis) through the wide use of pasta, tomatoes, cheese, onions, garlic, olive oil and Mediterranean spices. The eating habits of Italian immigrants achieved success in the American national diet thanks to two circumstances which confirm, once again, the values of a positive culture, characterized by variety and social coexistence. Firstly, the ability of Italian immigrants to form close-knit and articulated communities in the major metropolises and their astuteness in procuring the necessary ingredients in order to cook the dishes that were fundamental both for their comfort and for their family identity and root heritage.

Secondly, the search by Americans, during the Second World War, for new foods such as pasta, tomato sauce, legumes and many other vegetable-based Italian dishes, which were well suited to the limitations of meat rationing.

Perhaps then, for Pop art enthusiasts, it must have been nice to witness the first mass processing of canned spaghetti, the work of a French immigrant who founded the French-American company in 1887 and later took over by the Campbell's, the famous soup manufacturer, in 1921. Of course, pre-cooked and canned spaghetti with sauce was a far cry from the al dente pasta with homemade tomato sauce that inspired them. All this, however, made Americans know the so-called Italian food and, even more importantly, favored its acceptance.

Pasta and its related products became the cornerstones of American nutrition, both in homes and in restaurants. Even pizza, of course, represented a widely spread dish: the first pizzeria was opened in 1906 in New York, and until the Second World War these places were mostly frequented by Italians. Gradually, Italian cooking became more and more popular and spread outside the sphere of Italian immigrants.

THE BOOM OF ITALIAN INGREDIENTS, CUISINE AND RESTAURANTS

In the 1950s and 1960s, with the gradual integration of second, third and fourth generations of Americans of Italian descent, Italian ingredients became part of the American diet with the spread of Italian delis.  More imported products such as sun-dried tomatoes, salami, capocollo, mozzarella, provola, olives, bread sticks, semolina bread, gorgonzola, parmesan cheese, pesto and prosciutto became commonplace and integrated into the American cuisine.

But it was above all the growing success in the following decades of Italian restaurants that contributed, starting from the 80's, to make famous many Italian dishes or dishes of Italian inspiration: the Parmigiana di melanzane, the famous fettuccini Alfredo, the penne alla Vodka, the pollo alla cacciatore, the osso buco, the calamari fritti, the saltimbocca alla romana, the caponata siciliana. Success in the last decade of Italian cuisine has seen the opening of specialized chains, first and foremost Eataly, the universal spread of espresso and the almost doubling of imports of niche products.

Lele has a way with words, so be sure to check out his other articles on the Mamablip Blog Index.  So much to learn about wonderful Italy, with its wondrous wine regions and genuine recipes to taste and explore.