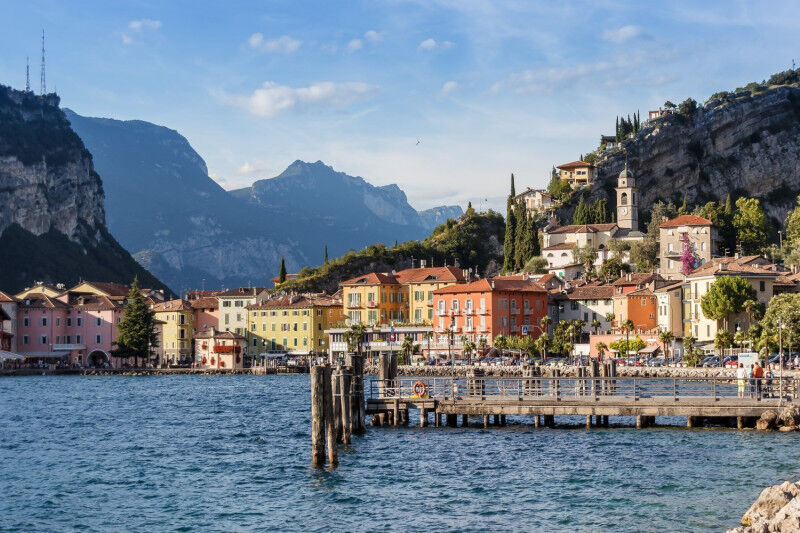 THE LAKE AS A NATURAL PHENOMENON...

In his Journey to Italy, Goethe defined Lake Garda as "a stupendous effect of nature,” and "a marvelous spectacle.”  Eugenio Turri, the notable geographer, commented on this description, emphasizing how the German philosopher felt the Lake Garda was a rare reality, a prodigious natural phenomena.

Goethe truly believed that Lake Garda was able to express a different relationship between land and water.  This new relationship changed the classic perception until then commonly held of the land-based world.  This classic perception had been developed by the 15th century Humanists, and was subsequently developed by centuries of those who interpreted the lake’s inherent natural beauty as a revival of ancient Greece, or Hellas.

Lake Garda continues today to enchant tourists and residents alike, inspiring acute feelings of wonder and awe at the lake’s constant fluidity as it reveals itself - through continuous variations of lights and colors, and through the very scenery that surrounds Lake Garda.  The end result is that for whomever that comes into contact with the lake, feels the need to commune with it, to share their most intimate feelings and thoughts with the aura of Lake Garda.

It’s almost as if Nature, when experienced as a miraculous event and revelation of geology’s great mysteries, makes one more perceptive to the ephemeral presence of mankind in the world.

Lake Garda’s culinary environment also benefits from its natural surroundings, providing much the same sense of inspiration and wonder that poets and authors have felt for centuries when gazing out at the Lake Garda coasts.  Mainly based on local fish dishes, culinary adventurers also are making the most of the area’s local herbs and greens, like the plants of Baldassia and its nearby rice.

This mosaic of seemingly disparate elements are however seamlessly combined - this represents a cuisine definitely reflective of its nearby lake, but also greatly influenced by the presence of the nearby mountains.  This results in the large range of ingredients like dairy products, game meat, smoked meat selections, chestnuts, honey, mushrooms, truffles….

The Lake Garda cuisine stands out thanks to its respect for the natural flavors and aromas of its dishes, for the admiration of the lightness of its tastes due to the parsimonious use of seasonings, and for the elegant final presentation of its dishes.  Local recipes are harmoniously balanced displays of flavors, and are the result of meditated elaboration, as well as specific attention lavished on the dosage of various ingredients and meticulous attention to the quality of their raw materials.

Lake Garda’s waters have always been navigable and navigated.  Local winds have traditionally favoured the development of sailing sports and the presence of docks and water sports.  Lake Garda boasts 25 types of native fish species, in addition to others that have yet to be confirmed and ascertained.  The lake boasts a great variety, quantity and quality of native species.

The most characteristic of the fish varieties is Carp, an endemic lake species, and an extremely tasty salmonid variety that feeds on plankton, and prefers the upper lake segment.  Other important varieties are the local Trout, Whitefish, Pike, Chub, Tench, Sardines, Perch and the Bleak fish, although in small quantities.  Also commonly found and incorporated into local cuisine are Eels, found typically in the lower areas of Lake Garda.

There are as many ways to prepare the fish as there are fish themselves:  grilled or smoked Whitefish, Sardines, or Trout, boiled Pike fish, Perch alla Mugnaia or floured, browned fish served with butter and sage dressing, Brined or Dried Bleak fish that often accompanies pasta dishes, and last but not least, Risotto with Tench fish.

NOT TO MENTION THE AREA’S COUNTLESS HERBS

Most of them will be used in Risottos, Noodles, Omelettes and Salads.  We can occasionally find them used in Soups, Tuber bisques, and desserts.  They’re used quite rarely in aromatic liqueurs and digestifs.

While these elements are delicious and tantalizing culinary daydreams, the Lake Garda’s excellent extra-virgin olive oil is not to be overlooked.  This local oil is renowned above and beyond for its brightness and refinement.  This local EVOO has a low degree of acidity, a delicate aroma, and a slightly sweet flavor.

The oil’s aromatic spectrum ranges from fresh olives, to apples, to almonds.  Additionally, the lake’s unique lakeside microclimate protects the olive trees from the aggressive parasites that typically attack the olives of warmer Italian territories.

Once again, in this melting pot of local delicacies, we can find many other culinary specialties that are cultivated locally, or transformed by skilled hands and included in the overall culinary melting pot.  And so, we need to give due space to local gourmet goodies like Rivoli Veronese asparagus overlooking the Adige River outside of Verona.  Don’t forget the fabulous tortellini from the Valeggio sul Mincio area to the south of Lake Garda, and the regenerating Citron-infused water, or succulent peaches and cherries, to name just a few delicacies.

In the Northern Italian area of Trentino, we can find instead the precious Carne Salada, the excellent Pan de Moche, and the special, flavor-packed broccoli from Lake Garda’s northern coastal town of Torbole.

The wine’s consecration of freshness, sapidity, and citrus notes are the bottom line for Chiaretto del Garda, Italy’s noted and notable standard bearer for fine pink wines.  Keep reading more about the new Chiaretto vintage as explored during an at-home tasting, Chiaretto’s Lightness Plays a Visual and Tasting Role.

The Valtènesi wines, together with the pink selections from the Riviera del Garda Classico Chiaretto and the Chiaretto di Bardolino, with its brand-new fresh label facelift, simply serves to reinforce the so-called Rosé Revolution.  Serious and reliable, the wines are proving their worth both from a marketing standpoint as well as their drinkability and following amongst the wine lovers’ set.  Is that crystal-clear?  You bet, just like the wine’s magnificent hues!


For more details and info on the Valtènesi and Lake Garda areas, Mamablip can bring you on an exciting visual journey.  Start with Filippo Bartolotta’s Rosé Wines from Valtènesi, Lake Garda, and fall head over heels with Valtènesi Rosa del Vittoriale - Molmenti’s Wine-Inspired Love Ode to Amalia. 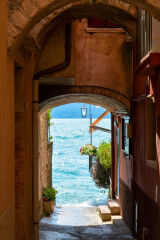 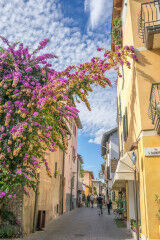 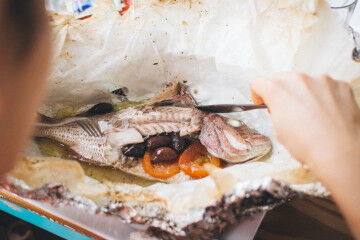