A complete guide to exploring the Oltrepò Pavese lands, with their fine gourmet products and top-shelf wines. The Oltrepò wine region is back to dominate Italy’s international wine scene. 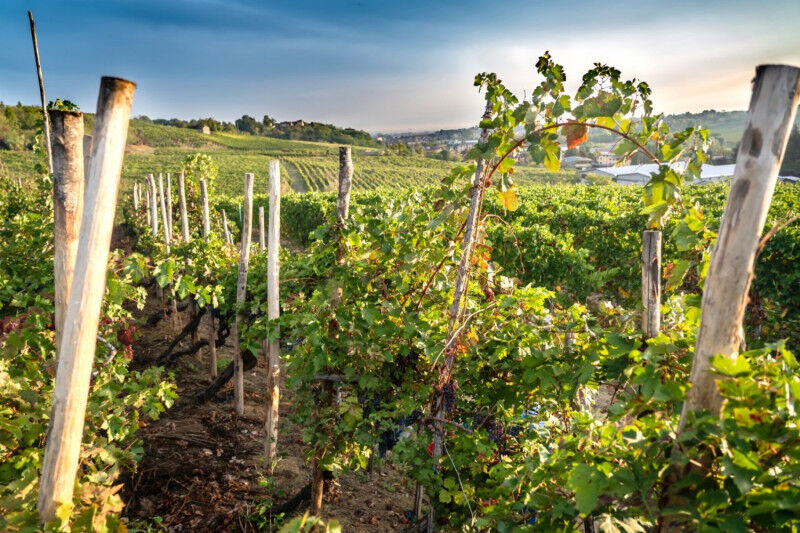 THE OLTREPO’ REGION: AN IMPORTANT CROSSROAD

The Oltrepò history is a rich one.  This local history is easily subdivided into many smaller, local stories that are in turn linked to a historic Squire and his omni-present castle.  In hundreds of provincial nooks and crannies of this land, we find endless examples of ancient Towers, or the ruins and relics of Medieval castles.    This land is crisscrossed by principal connections of commercial communication between the Po valley and nearby Ligurian ports.  In fact, it’s during our crossings that we discover these lands and their critical need for cultivation, protection, assistance, and a certain care to be given to it.

The resulting lands are intriguing locales, a most unmonotonous arrangement of settlements.  Development in the areas has made the most of the local distinctive morphology, and has managed to enrich constructions with what is available.  We can often find ridge-based locations, either at the base or directly inside pre-existing castles.  The notion of small villages, or hamlets, is quite widespread, with a rich base of small-town names not found in other parts of Lombardy.  Rare are the isolated, stand-along houses or villas.

THE CULINARY HISTORY OF OLTREPO': A BREAD-BASKET OF SUBSTANCE AND QUALITY

Just as we can sense from this landscape, the Oltrepò territory commands attention and care, and a certain degree of innate respect that visitors must display when exploring its lands.

If you take the time to visit thoroughly and not hastily, taking extreme care as you wind your way through its twisting roads, you’ll be rewarded with a wide range of specialty culinary products sought after internationally:  charcuterie, cheese, honey, fruit, mushrooms, and of course, wines.

Let’s begin with Risotto alla Vogherese (Risotto with Local Bell Peppers).  Voghera Chutney is a wonderful local dish that is a perfect side for meats and cheese.  Moving along, we come across the superb Nisso di Menconico, a cheese fabled for its long aging process, and also referred to as the “cheese that jumps or burns, “ thanks to its spicy, piquant flavors.

We can also find the local Pizzocorno, a square cheese from the Stàffora Valley, featuring an intense, strong aroma.  Leaning towards the sweets, we also can enjoy Voghera nougat, and the famous Colomba Pasquale (Easter dove cake).  This holiday classic is said to have been created in the year 500, in Pavia.

A local baker, in an attempt to appease the ferocious hunger of Longobard invader Alboino, decided that a way to express his message of peace was with a sweet bread.  This bread, today’s Colomba, reminded those who viewed this delicious message of peace, of a traditional local Dove, a classic symbol of peace.

The region’s most recognizable culinary product however, remains the inimitable Salame di Varzi DOP, a long-standing local product resulting from centuries of peasant culture, and a tradition of preparing the delicacy according to the ancient recipe handed down throughout generations of local farmers and farmhands.

The Varzi salami gains its high levels of quality thanks to the choice of pork used the produce the delicacy.  Producers select the finest cuts, including the thigh, shoulder, loin, de-nerved neck, and fatty stomach cuts.  These select cuts are then blended with pork lard from the stomach, shoulder, head, and haunches.  These cuts are then processed following optimal ingredient dosage, as indicated by both traditional and also the regulatory board rules dictating how Varzi must be produced.

Moving on to wine.  The Oltrepò region today represents one of the main Italian wine districts, a vocation that curiously enough is seconded by the region’s topographical “grape bunch" shape,  as outlined by the region’s borders.

The Oltrepò regularly celebrates its millenary viticultural roots.  Historic records indicate that the Greek historian and geographer, Strabone (63 BC - 23 AD), recognized both the lands’ potential as well as its population’s potential in terms of wine-creation.  He noted that the finest citizens of the Roman Empire were inhabitants of these parts, and that they were a robust, hard-working people, capable of producing wine subsequently stored in "barrels as big as chests."

The region’s Po River in the southern province of Pavia is a sinuous, generous hilly land nudging up against the orographic right-hand side of the river.  This area, reaching all the way to the Appenines, represents a connector between the most eastern wine regions of southern Piedmont, including the Colli Tortonesi, and Piedmont’s most western wine area, the Colli Piacentini.

The Oltrepò Pavese’s call to viticulture is clearly undeniable.  Referred to also as “Old Piedmont” as it was a part of the State of Savoy in the past, Oltrepò’s analogies, destinies, privileges and histories all are testimony to the area’s historical richness and depth.  All these background elements merge in a contemporary definition of a multifaceted region rich in both singular territorial style, but also a reflection of the many domains and cultural influences the region has felt in the past.

One such modern reflection regards the area’s physical geographical position.  The Oltrepò region is found precisely at 45° parallel (a feature that is quite visible and can be seen directly from the A21 Italian national motorway).  This location puts the Oltrepò smack-dab in the middle between the halfway between the North Pole and the Equator, divinely located in the so-called Italian vine belt.

From a morphological perspective, the Oltrepò area can be divided into two clean, separate sections:  the soils in the lower hills composed primarily of marine sedimentary rocks and complemented by a strong clay component.  The other region’s lands belong to the high hills, and is of chalky origin.

This unusual landscape and terroir provides a home to the “Italian Pinot Noir” grape, where approximately 3,000 hectares reminds us that we’re called upon to bear direct witness to the world’s second largest vineyard cultivation area of the Pinot Noir grape.  Who’s the only one with more space allotted to Pinot Noir cultivation?  Her Majesty, Burgundy in France.

In Italian wine lands where white wine is the local pride and joy, the Mazzolino winery is proving its capability of perfect Pinot Noir expression.  Mazzolino enjoys the production of both a sparkling and still production of these wines.  The wine estate pays homage to its natural impeccable soil management.  Here the emphasis is on Green technology:  green manure, manure fertilization, and natural grassing.

We’re in Corvino San Quirico, an area in perpetual harmony between man and nature, and of course, between the vineyards and man.  In recollecting the area’s nickname as Pinot Noir hill, Francesca Seralvo, Mazzolino’s founder and contemporary wine-maker, recollects her grandfather’s foresight and wine-creating acumen.

“You could make a great red wine with an elegant and delicate variety like Pinot Noir and he didn't ask for it twice; after all, this is Pinot Noir Hill,” Seralvo recollects fondly.

Today, Francesca is carving out her own path in the wine-making world.  Breaking down barriers next to Francesca, are oenologists Stefano Malchiodi and Kyriakos Kynigopoulos.  These highly-successful and intuitive vignerons are directed to the concept of terroir, or territory in English.  This attention to minuscule grape details and production styles is the only asset we have in today’s wine world against homologation.


We believe the time has come for sincere, authentic viticulture.  It’s time to rediscover the principles that guide a conscious, healthy, informed society and culture, one capable of recognizing and honoring the Earth’s indispensable role.

Mazzolino is a huge proponent for recognizing the natural beauty and simplicity of some of the finest areas in the world.  They also know that in order to help others learn more about their realties, they must share their simplicity and beauty passionately with others, via physical, chemical and biological intuition. 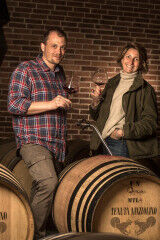 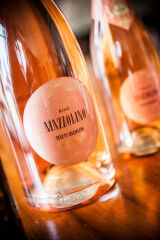 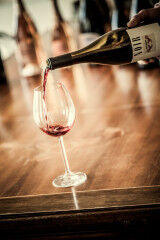