What is Sagrantino wine?

Sagrantino is a deeply colored red wine grape variety grown mainly in the Umbria region of Central Italy. It is often described as Italy's most tannic variety, exceeding even Nebbiolo in this respect 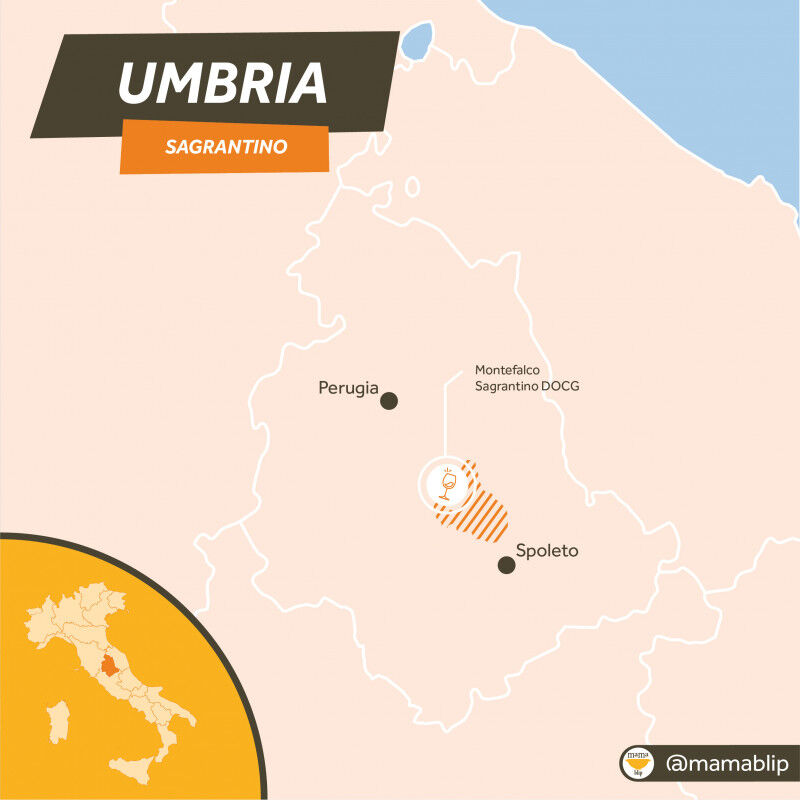 Sagrantino is a black grape that makes wines in a dry tannic red plus rich passito styles. Each style is made with 100% Sagrantino grapes. The home of this powerful varietal is Umbria in central Italy.

This variety is vigorous, practically disease resistant, and low-yielding with thick, tannic-rich skins. In fact, Sagrantino is much more tannic than similarly robust Italian grapes like Aglianico and Nebbiolo and international cultivars such as Cabernet Sauvignon and Tannat.

Originally incorporated into Montefalco DOC, in 1992, this wine became the Sagrantino di Montefalco DOCG in 1992 with the name changing in 2009.

What are the flavors of Sagrantino wine?

This hefty black grape produces wines that are so deeply colored, they’re nearly opaque. Dry red wines display flavors of black plum, strong tea, olive, and pepper plus spices like licorice and cinnamon, and earth. Passito styles are syrupy with layers of raisin and blueberry on the palate.

Both styles are full-bodied and highly tannic with medium to high acidity and medium-high to high alcohol levels.

Sagrantino is mostly cultivated and produced around the Umbrian village of Montalcino. It appears as a monovarietal in two styles: still dry red and passito. These are Montefalco Sagrantino and Passito Sagrantino both DOCG. There’s also a Sangiovese -dominant blend known as Montefalco Rosso DOC which features 25% Sagrantino.

This style of Sagrantino is muscular, powerful, and deeply colored. It’s full-bodied with dark fruit (especially plum), peppery notes, high tannins, and tones of licorice. Its structure means it has excellent aging potential and the grape has a natural affinity with oak. Under its DOCG regulations, it has to age for at least 37 months with a minimum of 12 in oak. After several years in bottle, its flavors and tannic components integrate to create a smooth, formidable wine that boasts both sweet (from fruity notes rather than sugar levels) and savory notes. The alcohol level ranges from 13.5% to 15%.

Partially dried grapes concentrate sugars, flavors, and acids resulting in a rich viscous wine that could be compared to Recioto della Valpolicella. The palate is sweet with cooked fruit and raisin notes plus smooth tannins. Passito must age for at least 37 months, including four months in bottle. The alcohol level can reach 18%. Passito is less common than the dry red style.

In this red wine, Sangiovese leads and softens Sagrantino (10% - 25%) but the power of the Umbrian grape shines through in a sleek, richly fruity style. This wine ages for a minimum of 18 months but there is no oak requirement. The typical alcohol level is 13.5%. 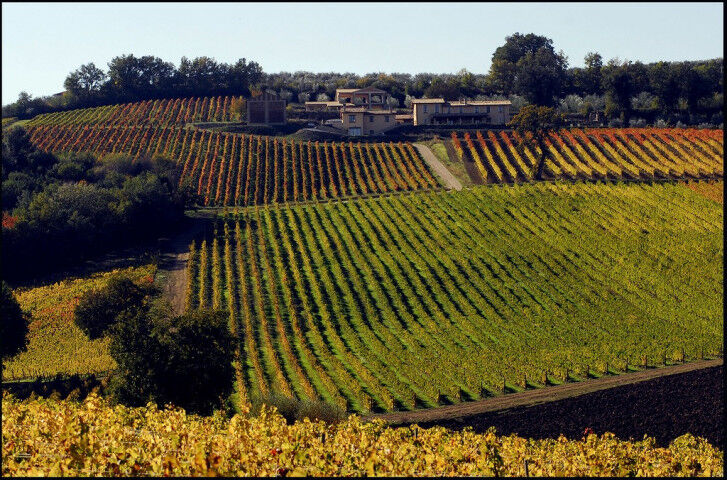 What is the pairing of Sagrantino wine?

In spite of its power, Sagrantino in each of its guises can pair well with a wide range of foods across meat and vegetarian options as well as cheeses and desserts. Keep in mind its sweetness levels, tannins, and fruity spiciness when pairing this wine with food. 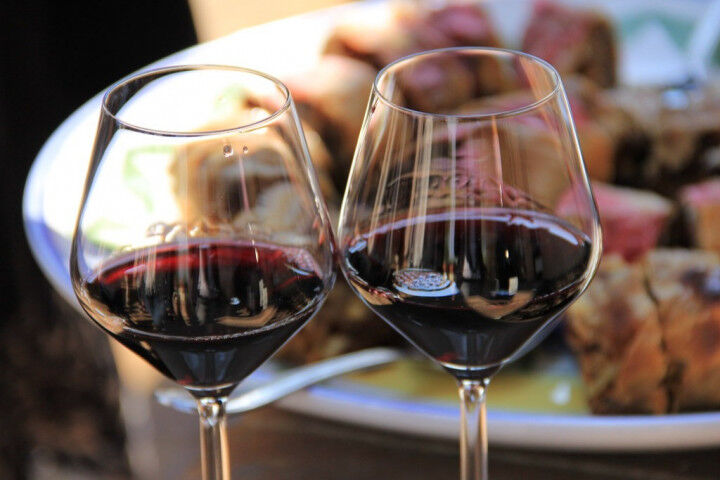 What are the top Sagrantino Appellations/ Areas?

In the US, Sagrantino grows in several wine-producing states including California and Washington.

What is the origin of Sagrantino wine?

The precise origins of Sagrantino are unclear but it first appeared in a written record in Umbria in the 1500s where it was referred to as communion wine. Its roots could go back further though; ancient Roman naturalist Pliny the Elder mentioned a prominent red grape from Montefalco that could have been Sagrantino.

As for this cultivar’s name, this is also uncertain. Some researchers say it could come from the word “sacrestia”, meaning communion wine.

The popularity of dry Sagrantino today was not always the case. Initially, this variety was largely made in the passito style until the dry red wine grew in production in the 1970s.

How is Sagrantino made?

This wine is 100% Sagrantino. This style is a result of standard red winemaking processes but with an emphasis on certain steps. During the maceration stages (where flavors, color, and tannins are extracted), vintners employ heavier extraction compared to lighter red wines in order to soak out the tannic notes. It’s also fermented dry meaning there is minimal or no residual sugar.

It can be fermented and/ or matured in oak for further tannins, structure, and spicy tones. Dry Sagrantino has to age for at least 37 months with a minimum of 12 in oak.

Like the dry style, this wine is made of 100% Sagrantino fruit. Passito style wines are common all over Italy and the Sagrantino grape lends itself well to this process. Following harvest, fruit dries for a minimum of two months in shallow straw shelves to concentrate sugars and flavors prior to pressing.

It’s fermented on its skins resulting in wine that’s rich, syrupy, and sweet. Aging extends over at least 37 months with four months in bottle.

This wine is dominated by Sangiovese with 10% to 25% Sagrantino to bolster its power. It ages for at least 18 months but there is no specified stipulation for oak maturation.

What kind of wine is similar to Sagrantino? 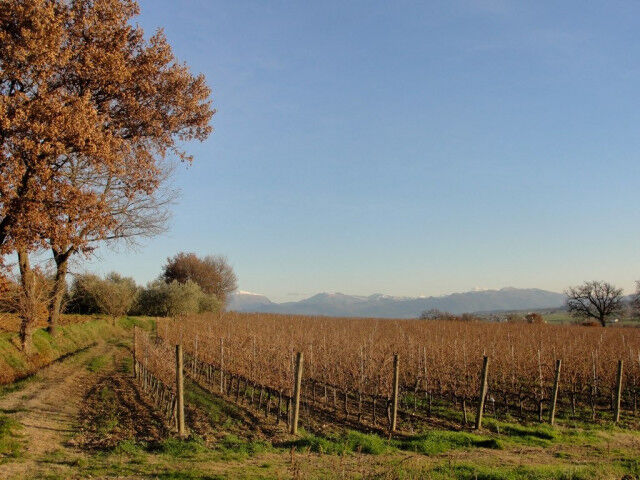