Tasting Umbria - Discover the food, recipes and wines of Umbria 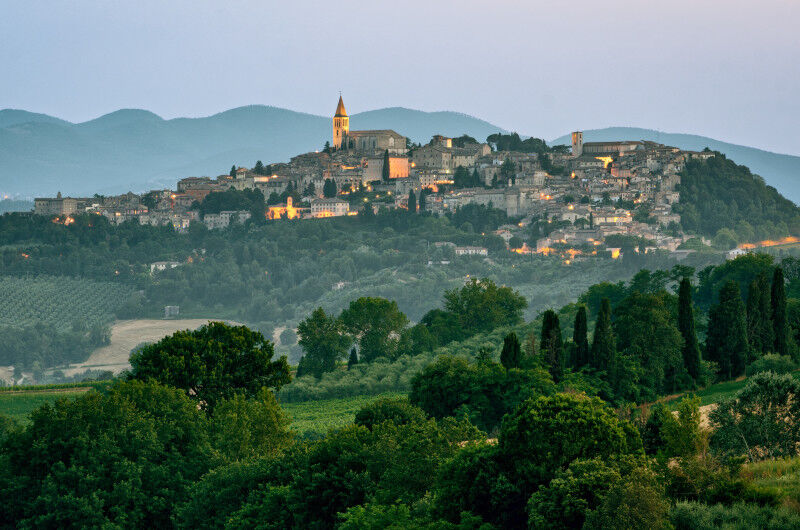 Umbria: Food and Wine Tour in the green heart of Italy

What are some of the food and wine specialties in Umbria?

Why is Umbria called the green heart of Italy?

The land of saints and heroes, as well as of refined artists who have studded it with marvellous works of art and architecture, Umbria is considered the 'green heart of Italy', a remarkable landscape from a historical and cultural point of view, characterised by vine and olive groves.

What are the characteristics of the territory of Umbria?

This is the only region of the peninsula which is landlocked, not washed by the sea, and it boasts a hilly terrain that allows for the excellent cultivation of grapes and olives, which have become the food pillars on which the customs and traditions of the countless localities, rich in history, art and tradition, are based. 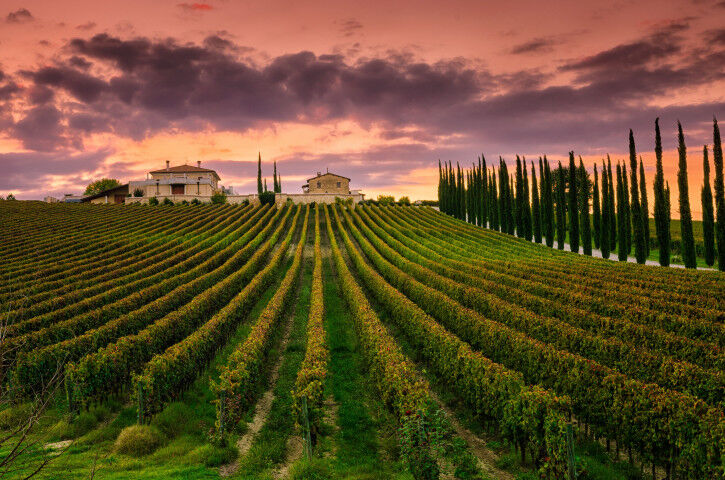 What wine is Umbria known for?

In terms of wine production, Umbria is sometimes considered the 'Burgundy of Italy', because here oenology has its roots in antiquity since the time of the Etruscans, active since the 7th century BC. Towards the end of the 15th century other testimonies of excellence for Umbrian wine came from the famous painter Bernardino di Betto from Perugia, known as Pinturicchio, who, as part of his payment for work on the cathedral of Orvieto, asked to be paid in wine, and good wine at that: a custom, after all, quite common for artists in the past.

The qualitative launch of Umbrian oenology and viticulture, however, did not take place until the early 1960s and led, in 1968, to the first prestigious milestone with the awarding of the first recognised DOC to the Torgiano area (in the province of Perugia), thanks to the skill and foresight of Giorgio Lungarotti, whose wines continue to be known throughout the world. Success that would later be consecrated in 1990 with the recognition of the Umbrian DOCG attributed to Torgiano Rosso Riserva. 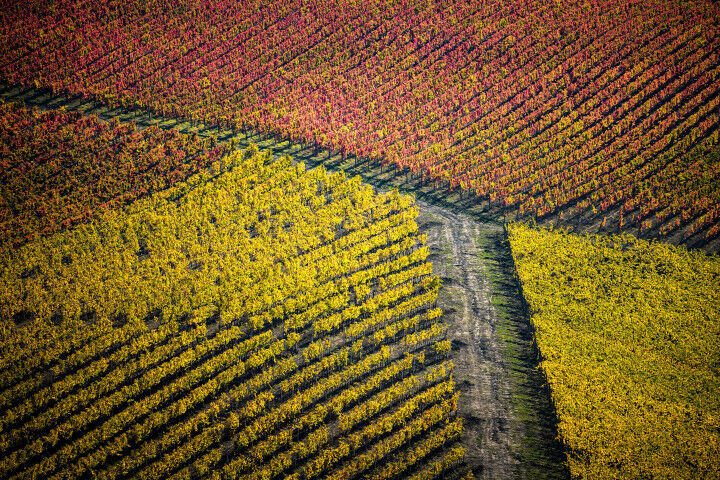 What kind of wine is Sagrantino?

Just a few kilometres from Torgiano, another great character of Umbrian oenology begam to value and enhance the great heritage of the land: we are talking about the Arnaldo Caprai winery, which began its superb career in the world of wine by purchasing some vineyards in Montefalco in the early 1970s, where it generated a commendable path of valorisation of the Sagrantino vine, transporting the entire territory and designing a decidedly successful commercial evolution. An exciting story, that of Sagrantino, a grape variety undisputed for its high tannic concentration, somewhat difficult to vinify, but worthy of amazement when it manages to find the right balance.

Remaining in this part of the region, we then find an indigenous white grape variety, Trebbiano Spoletino, rediscovered in recent years due to its special characteristics (predisposition to the production of sparkling wines and peculiarities that distinguish it from the classic Trebbiano).

In the southern part, which coincides with the territory to the west of the province of Terni, the lion's share is the area around Orvieto, a denomination that is partly Umbrian (province of Terni) and partly from Lazio (province of Viterbo). Grechetto and Procanico (Trebbiano Toscano) are the most widespread white grapes, vinified dry, but also in passita or late harvest versions.

Finally, in the Trasimeno area, the Gamay del Trasimeno vine is cultivated and used in purity, introduced in past centuries and perfectly adapted to the surrounding hills, it gives a ruby-coloured wine of excellent quality. 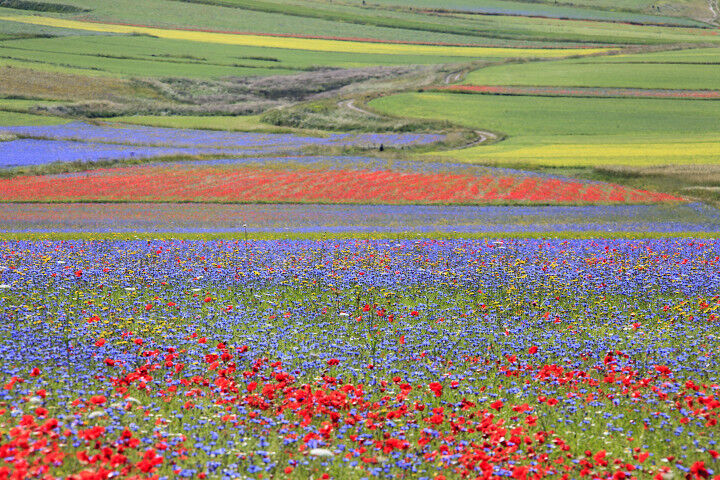 What food is grown in Umbria?

The evo oil is of the highest quality and is the mainstay of the regional gastronomy. Moraiolo, Frantoiano and Leccino are the dominant varieties, while in the Colli del Trasimeno production area the Dolce Agogia cultivar produces an excellent fruity and slightly spicy oil.

Pork processing and curing techniques have a very ancient tradition, so much so that the term 'norcineria', from the town of Norcia, became synonymous in the Italian language with the production of hams and sausages. In addition, therefore, to the famous Norcia ham, the composite universe of charcuterie includes coppa, capocollo, ventresca and various types of salami.

The region is also home to the rare white truffle, found in the upper Tiber valley and in the Orvietano area, although the real must is the black truffle, found mainly in the territories of Norcia and Spoleto.

Another regional pride is the production of legumes, above all the Castelluccio lentil and the Trasimeno bean; while, among vegetables, the red onion of Cannara, the 'rapi' (broccoletti) of Trasimeno, the red potato of Colfiorito and the black celery of Trevi are representative examples. 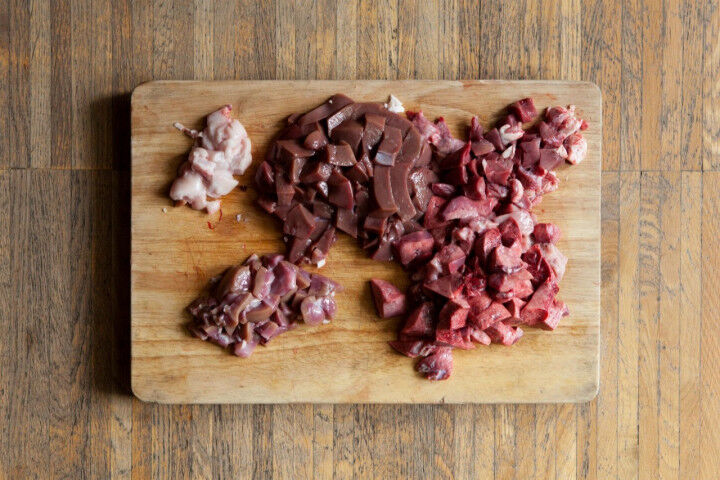 What are the typical dishes of Umbria? 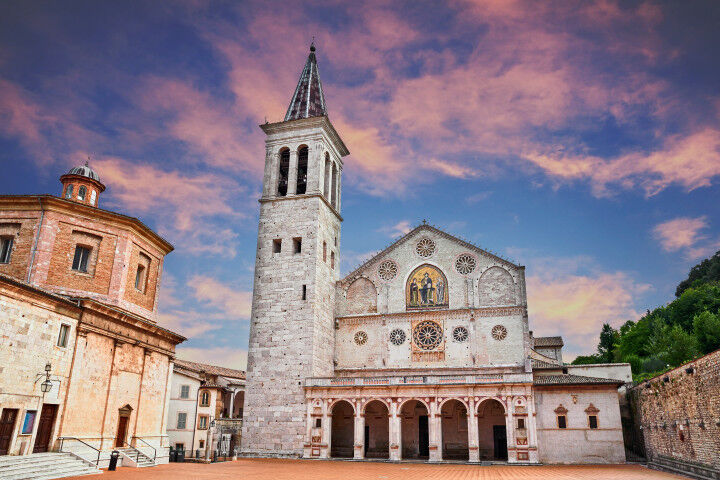 Where to Eat Traditional Food in Umbria: Best Restaurants

Why come to Umbria?

Because despite its small size, it offers a remarkable geomorphologic and landscape variety where valleys, mountain ranges and plateaus follow one another, constituting the dominant geographic peculiarity, which finds in olive oil and wine, two unquestionable protagonists in building its food and wine culture.