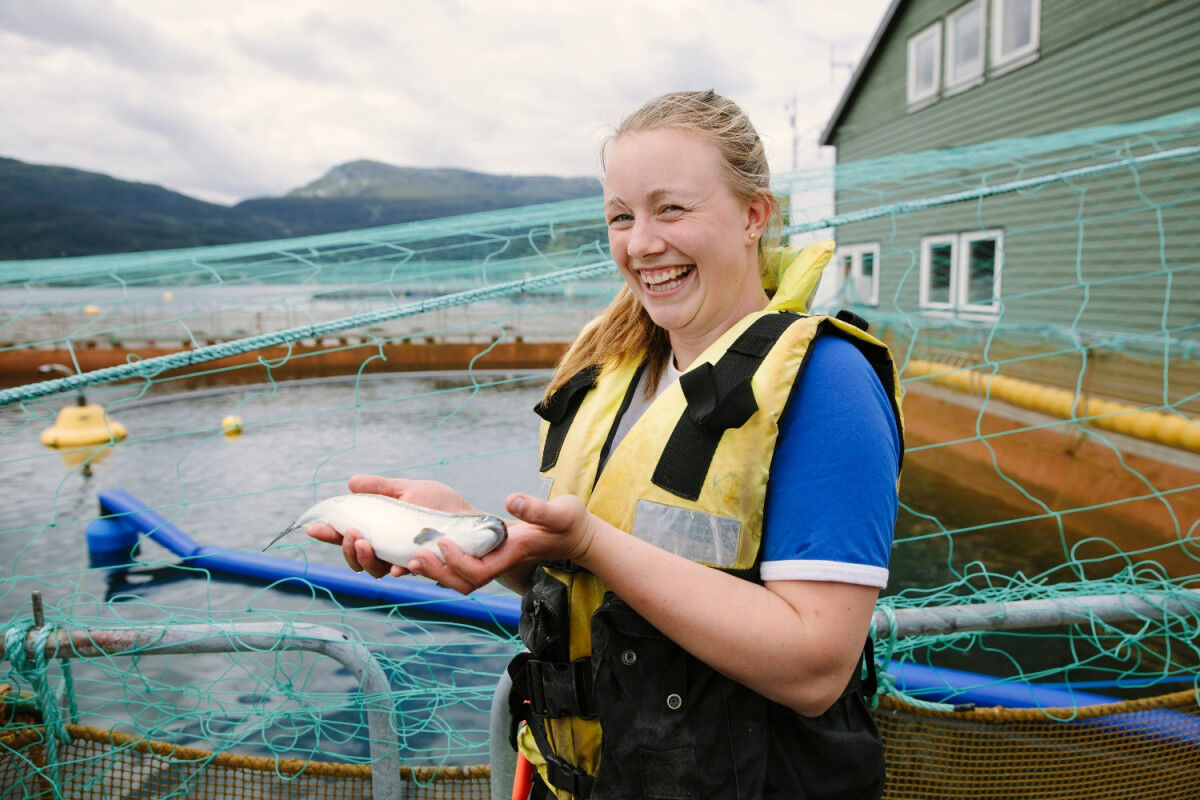 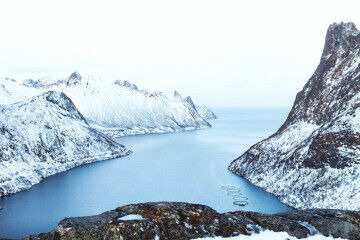 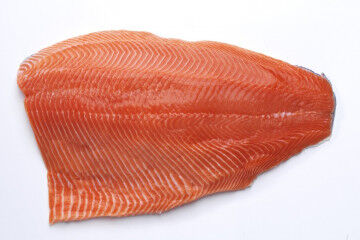 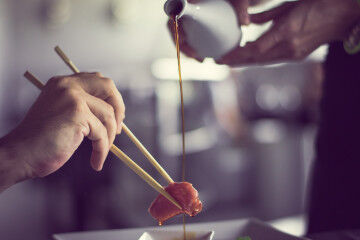 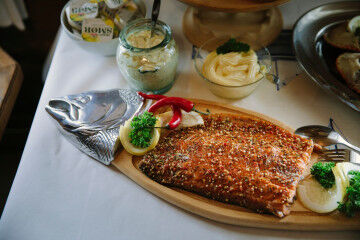 The data coming directly from the Norwegian Sea Food Council confirms this statement.  And the NSFC should know  - they’re responsible for the global promotion of Norwegian fish.

Consumption trends emerging from the period of the 2020 pandemic have changed many sectors and many products.  However, the use of Salmon not only hasn’t suffered numerically, it has even recorded continuous growth rates.

We can look to two different data sources of this extraordinary growth for more reasons why this happened:  salmon was single-handedly the most ordered seafood-based takeaway product in 2020, with 39.8% of the market share.  The second item is that Sushi is Italy’s favorite ethnic food:  from March 2020-April 2021, it recorded an increase in Italian sales of 68%.

The research emerging from the GFK studies conducted on “Consumer habits in Italy during and after Covid-19,” indicated this growth and other interesting aspects.  Certainly, the last 12 months in Italy have shown increased consumer spending on goods intended for the household at the expense of funds typically earmarked for dining out.

Italian consumers leaned more towards sustainable products and the incorporation of foods working within special diets or organically-certified.  1 consumer out of 4 reported to be attentive towards environmental issues, so purchases are reflected in the marketplace.  Organically sourced Salmon in fact had a market penetration of over 90% as of March 2021 records.


While our focus here is on Norwegian salmon and the Italian market, you might be wondering if there are any Italian producers of salmon.  Yes, there are!  Read Italian Smoked Salmon Making Waves For Smoked Fish Lovers to learn more about what’s happening with Italian salmon producers.

Italians love the bright pink-hued fish, data confirmed in 2020 and 2021 by market records.  This consumption data also shows that Salmon purchase frequency clocks in at 10,6%, and spending power of each purchase accounts for 11% more.  Moreover, compared to other fish species, Italians are dominated by their love affair with salmon, with 71.6% of fish purchases by Italians represented by salmon.

At the top of the Salmon purchases, we find smoked salmon, followed by salmon fillets and bringing up the tail end, frozen salmon.  Consumption data issued by the Horeca sector (local restaurant and catering association) furthers this notion of a love affair between Italians and their salmon.

Pandemic-era restrictions have heavily influenced Italian consumption of seafood, heavily hitting the total volume of Out of Home dining.  Despite this sea-change in the possibility of eating out in that favorite seafood restaurant, the consumption of seafood nonetheless increased to 19.1%.

When reviewing how Italians are consuming their seafood, it’s impossible not to include the Japanese food boom in Italy.  Indicated as the majority of Italians’ favorite ethnic food, sushi and sashimi are off-the-charts the favorite food within this category.


Do Italians only go for sushi and sashimi these days when they eat out?  Let’s take a closer look at the restaurant movement in today’s Italy as we explore this fishy trend.  Modified Italian Cooking that Makes Italians "Mad at Food” takes a look at the eating-out habits of Italians, now that pandemic restrictions are being lifted and people are once again heading back into dining areas of their favorite osterie and trattorie.


And within the world of sashimi and sushi, Salmon is undeniably the protagonist of this field.  51% of Italians, as reported by NSFC’s previous research, prefer to order sushi with salmon (data source: Nielsen "Salmon and Sushi overview 2021”).

“Sales growth in the HoReCa sector, especially in the first months of 2021, undoubtedly indicates that Salmon, above and beyond all seafood products, is firmly rooted in the Italian dietary search for healthy, light, genuine cuisine. Thanks to the gradual return to a pre-pandemic lifestyle, we expect this growing trend to bring in all elements of the seafood industry."

Just over 50 years marks the time from Norway’s first successful fish farming attempt.  Since then, Norwegian salmon has become the most popular fish in the world.

Salmon’s terrific versatility, flavor profile, and high nutrient content have been important reasons for its growing popularity. And the dishes involving Salmon are above and beyond just sushi and sashimi.

Think about the Poke bowls, a Hawaiian dish growing exponentially in fans.  This dish enjoys a simple preparation just like its brothers in arms, sushi and sashimi.  Prepared with rice, salmon, and local seasonal vegetables and dressing, the dish is increasingly daily in popularity.

Nordic countries have exported local products for over 1,000 years, but brothers Ove and Sivert Grøntvedt are responsible for the first successful breeding of Salmon in Norwegian fjords in 1970, in Trondheim.

It was at this point in time that the Japanese developed specific culinary needs that helped augment is popularity in the 1980s.  Fascinatingly enough, it would appear that the Japanese culinary needs were reflected by a partnership undertaken between Japan and Norway.  Raw salmon consumption is a recent Japanese tradition, thanks to the push in this direction by Project Japan, the NSFC’s precursor.  Thanks to this cunning partnership, the use of raw fish from Northern Europe became associated with raw fish consumed in Japanese cuisine, and the trend was born.

According to the FAO (the Food and Agricultural Association of the United Nations), Norway is behind more than half of the global Atlantic Salmon market.  Norway exports to more than 100 countries across the world, with more than 1 million tons exported in 2019.

Transformed into suggested serving sizes, this translated into an exportation rate of approximately 14 millions Salmon servings per day.


Now you’ve got the numbers down pat, what to do with this wave of Salmon?  Don’t miss the recipes our team of Chefs have worked around Norway’s pink gold.


This approach to sales is now called the "Norwegian Model,” a successful business approach that finds its success largely based on the collaboration between the fields of Research, Government, and Industry.  This partnership between disparate elements of the industry are increasingly important in light of the public’s focus on sustainability issues, issues affecting the environment, mankind, and fish populations.

Indeed, industrial aquaculture is under fire every day.

The NSFC has requested and required as such that specific marine elements to be used in fish feed stocks that Norway culls from Western African countries, specifically Mauritania, come from certifiable fisheries focused on improvement projects.

We found a similar case in Brazil, but focusing instead on the production of soya, an element unfortunately produced in areas where massive deforestation has taken place.   Pressure on Brazil from the Norwegian fishing industry ended up allowing several Brazilian suppliers to stop using and marketing soybeans coming from deforested land in 2020.

Additionally, salmon farmers and breeders have been working on improving the salmon’s diet for years.  The objective is to move away from a diet rich in marine elements, to a more plant-based or algae and insect-based diet high in nutrients.


Now that you’ve got fish on your mind, you probably want to pair it with a top-notch wine.  Check out what we think you might like - get your wine&food pairing adventure underway today!

A CHAT WITH THE EXPERT, VALENTINA TEPEDINO

Valentina is a veterinarian specialized in seafood products. She is the director of the magazine Eurofishmarket and is the SIMeVeP national contact within the seafood sector.

From 2004, she has periodically been collaborating with the NSFC.  In times where pandemic restrictions haven’t applied, Valentina travels often to Norway to further develop the "Norwegian model"  based on a medical and scientific perspective.

Essentially, as Valentina has truly immersed herself in the world of Norwegian salmon beyond mere statistics and figures, she’s the ideal candidate for some questions on this world.

(Ciancio): In your opinion, why do Italians love Salmon so much?
(Tepedino):  For the same reasons Salmon is popular everywhere in the world:  flavor, healthy profile, Omega 3 levels, its ease of preparation.

Behind the success of this fish however, is the huge commitment the country of Norway has put into the fields of research and development.

Compare Norway with Italy, for instance.  Italy is the world’s largest breeder of Trout, a species with much in common with Salmon. Trout however, has never experienced the same levels of success that Salmon has, not even locally.

(C) Speaking of sustainability, is Norwegian aquaculture truly cutting edge?
(T) Over 15 years of visits, I would say Norway presents much technologic advancement to give other countries a run for their money.  Norway’s economic investment in the Fisheries sector is impressive.

Norways is the only European country to have devoted an entire Ministry to Fisheries, and the collaboration between the private and public sectors is quite strong.  Norwegian Salmon also are bred in tanks that maintain a strict 97.5% water to 2.5% fish ratio.

Research is underway to modify the diet of Salmon, introducing micro-algae and insects without actually lowering the presence of Omega 3 which typically develops from an animal-based diet.  The use of antibiotics, historically an issue in farm-bred fish, instead in Norway has been eliminated.  A vaccine to treat Salmon diseases was found, therefore all Salmon are simply vaccinated.

Thanks to this practice, Norwegian Salmon farmers have obtained permission from the EU to suspend freezing practices of their Salmon, which can then be eaten raw.  The Salmon are perfectly safe for raw consumption thanks to the absolute lack of antibiotics.

The bright pink hue consumers love comes from the implementation of astaxanthin.  This is a synthetic antioxidant that replaces the use of Shrimp in the Salmon’s diet.  The product contains no risk to humans or animals, and even helps strengthen the Salmons’ immune system and provides consumers with an additional source of Vitamin A.

We ought to be asking whether or not it even is necessary to change the color of the fish’s meat by adding an external additive, no matter how good it might be for both fish and people.  However, this is more a question geared towards educating the consumer market on Salmon consumption, an battle still entirely up-hill. 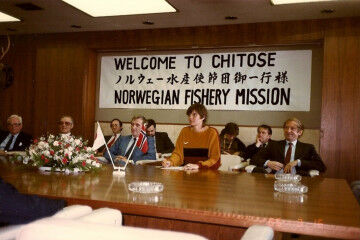 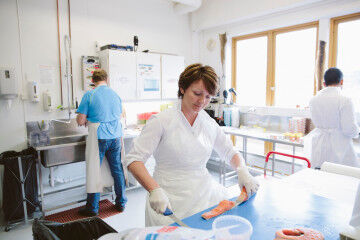 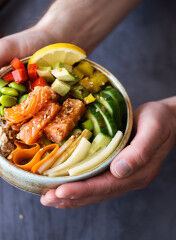 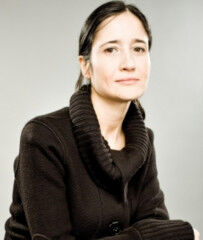 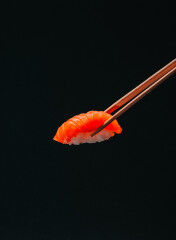 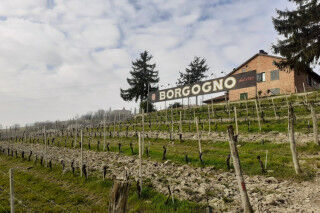 Italian diners select trattorias and osterias for comfort food, learn about both restaurants. Why Osterie in Italy are booming, and what to drink and eat there.

Discover how the Tuscan wine-making area of Capezzana is worth checking out. How does Capezzana integrate its Medici-based history with today’s wine market.

Peek into a tasting of Alto Adige’s 2018 vintage from Northern Italy. Read what’s ahead for Consorzio’s plan to improve Alto-Adige wine outreach.