A true Tuscan Gem You Won't Want to Miss. What makes the fabled towered town of San Gimignano so alluring and so tempting for visitors? Let's see why San Gimignano has historically been a favorite with visitors flocking to this small Tuscan town.
Add to favourites 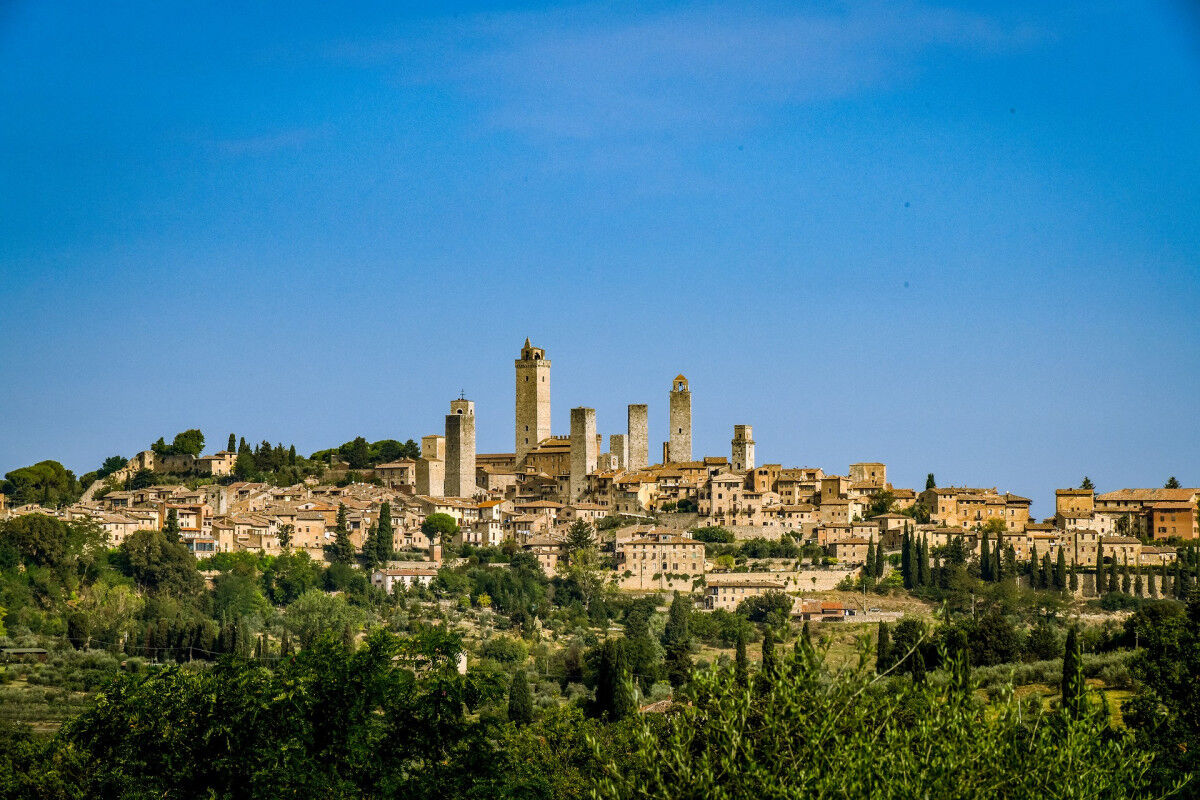 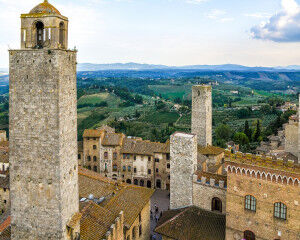 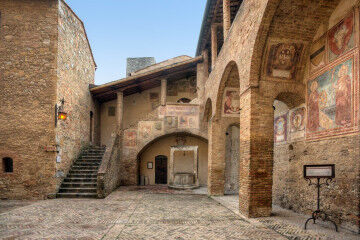 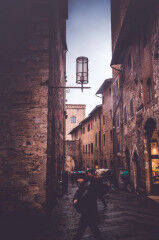 Once there were 72, now there are 14. Towers, that is.  These beloved medieval skyscrapers are the unmistakable hallmark of San Gimignano, and are dramatically recognizable from miles away.

Why and when were they built?  Why and when were they knocked down? Like so many fortified hilltop towns in Tuscany, San Gimignano's site housed Etruscan and Roman military settlements in ancient times. By the 9th century, the area’s population had grown to several hundred residents, who had prospered from local agriculture, wine production and the wool trade.  They opted to create protection for their homes, building a fortified circle of walls with two gates, only traces of which remain today.

Whatever the town’s name may have been in the unrecorded centuries after the fall of Rome, the oldest known document speaks of a Castellum Sancti Geminiani, a town of Saint Geminianus, dating back to 929. Sometime after 1100, the first circle of massive walls was built, three of the original four still standing today.  About the same time, the aristocracy began building their homes vertically, not only due to physical spatial limitations within the walled town, but also because in times of siege or unrest, a tower-home became a fortress within a fortress.

The higher the tower, the greater the ostentation of wealth and political power. It’s easy to marvel at the great constructions of the past, and speculate on how things were built with the technology of their time: man or animal were the only source of muscle power, no iron or steel implement was thicker than an axe head, gears were carved from wood, scaffolding consisted of hewn beams held together by ropes, measuring units were arbitrary, compound pulleys were still far in the future, quarrying and cutting of stone and building materials must have been near-impossible, and their transport provided a whole new challenge as they were frequently distant from the land being built up.

The two centuries between about 1100 and 1300 were the Golden Age of the Italian Comuni, semi-independent city-states. San Gimignano was under the sovereignty of the Bishops of Volterra, powerful war-lords long locked in wars against Florence, Siena and Pisa who maintained San Gimignano as one of their cardinal forts. In spite of menacing times and overall threatening situations, even though San Gimignano experienced starvation and invasion, the town ultimately prospered so much that a new outer circle of well-fortified walls was built just after 1300.

Nearly all that circle is intact today, especially around the Porta San Giovanni or St. John's Gate. By then the city's own forces had eliminated the Volterra bishops’ influence and the government established itself as a major regional power.

On May 8th, 1300, Dante Alighieri, at the time deeply enmeshed in both local politics and writing the Divine Comedy, arrived in San Gimignano in the role of Florentine ambassador.  His goal was to align San Gimignano with Florence during the bitter and frequent battles among Florence, Siena and Volterra, but he was not successful.

For the next two and a half centuries, San Gimignano flourished independently.   The towers grew to 72. Rich patrons cultivated the arts at a robust pace even by classic Tuscan standards (don’t forget, Florence is the birthplace of the Renaissance itself). Today, two excellent museums house representative wonders of the time, including one of our personal favorites, the bewitchingly beautiful wood sculptures of the Annunciation, the Angel and the Virgin, carved by the great Jacopo della Quercia of Siena in 1421 and pained by Martino di Bartolomeo five years later.  These magnificent works are viewable on the inside front wall of the Collegiata (San Gimignano’s main cathedral).

The production of the Vernaccia di San Gimignano, a strong white wine originally from Sardinia, became economically viable towards 1450 and still is so today.

Then alas, came 1555. Florence under the leadership of the Duke Cosimo I de Medici, conquered the Republic of Siena after centuries of warfare, and with it San Gimignano. This marked the end of the city's commercial and cultural life.  By ducal decree some fifty towers were knocked down over the next ten years to humiliate their owners, and all new building, ecclesiastic or secular, was severely prohibited for the foreseeable future.  The rugged medieval character was preserved intact: there are no signs of the Renaissance, no Baroque, no Rococo, no Neo-Classicism in sight.  For four centuries following the ducal decree, San Gimignano foundered in poverty and abandon.

Not until after WWII did the town begin to breathe again thanks to tourism that once again endowed the town with importance and historic relevance.  Becoming one of the must-see sites for so many visitors makes it a bit questionable if all the attention is actually sustainable for the area, but the fact remains that the town is immensely charming, and represents a most unique glimpse into classic Tuscan history.