Science to the Rescue - Phylloxera Strikes 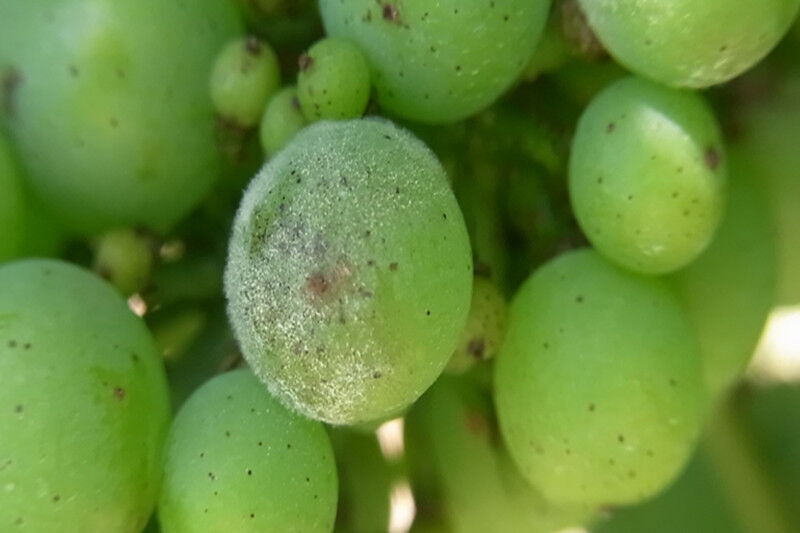 Phylloxera was a terrible blow to the French wine industry at that very beginning of its European sojourn, but quickly turned its devastating appetites to the rest of the world.  Let's learn together how experts and scientists of the day faced this threat, and saved the world's wines from a seemingly certain fate.  For a bit of Phylloxera background, check out the intro article on Mamablip's blog here.

In the second portion of the 1860s, French authorities stepped in, and brought local experts on board to help them with this terrible infestation.  Botanists Jules Planchon and Pierre Millardet were able to identify the repellant aphid after research and observation - there was even a debate if a French or American breed of aphid was to blame.  The botanists determined that phylloxera was at the root of the problem, developing a strategy of treatment that would care for the new plants being replanted, and also for treating plants once planted should they show symptoms of illness.

With the assistance of the stupendously named American horticulturist T.V. Munson, a new generation of vines were created that were resistant to the appetites of phylloxera. Grafting vinifera vines onto the rootstocks of American vines like vitis Labrusca and vitis Riparia amongst others, they created new vines that resisted root-based aphid attacks.  Their solution didn't provide immediate relief: it would be years before the vines began a productive lifespan, and even longer before the majority of French wine producers accepted the idea of grafted vines.

There was a divide between farmers who regrafted their vineyards (called the Americanists) and those who stood by pesticide and chemical solutions (aptly called Chemists).  Following grafting’s successful track record in the decade between 1870 and 1880, just about all vignerons got on board in favor of grafting, and the enormous job of reconstituting Europe's (in particular French) vineyards started.

As if this wasn’t enough, one more problem did appear:  while grafting worked against the relatively straightforward problems facing the vine's roots, another attacker appeared on the vines's leaves, the fearsome downy mildew (Plasmopara viticola).  This fungus also had been a stowaway on steamships to Europe coming from the New World.

To combat this second threat (downy mildew went for the leaves and stems only, whereas phylloxera was focused on roots alone), Millardet observed that plants treated with a combo of copper sulfate, lime and water proved an excellent deterrent for thieves looking to steal grapes.  A less colorful explanation is that vines closer to busy roads showed better resistance to the downy mildew disease. Millardet noted that these vines had been sprayed with the blend above, and inferred that the mix was helpful in safeguarding the vines from downy mildew.

From here, the pesticide began to be heavily used, referred to as Bordeaux Soup (also called Bordo mix).  Only later was this pesticide found to be harmful to livestock and people, although in doses much larger than those used on grapes. Used heavily by the United Fruit Company (mainly in South America), it eventually was discovered to turn objects and people blue - believe it or not, it's still in use as a common garden tool, but in much smaller doses!

Is the whole blight question over?  Has phylloxera been defeated forever?  Unfortunately the answer to this, in a very time-appropriate moment, is no.  Phylloxera is still around and still a threat to the wine economy today.  In the early 1980s, researchers found that vines in California's Napa Valley were dying out again, looking like the consumption-like destroyed vines of the French Wine Blight.

Phylloxera struck again, chomping its ugly way through Napa Valley.  Incredibly enough, phylloxera had mutated and was back - this time going after new vines planted in California, based on a particularly productive rootstock, the AxR1 (a cross of French Aramon vines and indigenous American Rupestris).  If you're nervous about part of this vine being French, you're right - the Aramon vine was susceptible thanks to its vinifera genes, and making it an easy prey once again for phylloxera. All vines with this profile had to be uprooted and replanted, about $1 billion worth of preventative action.

Today, vine research and development suggests that modified vitis vinifera, with no rootstock, could be created and infused with resistance to the dreaded phylloxera.  This opens new debates about wine production from genetically modified grapes: do these wines have better or less desirable characteristics, is it just ethically wrong to plant transgenic vines while grafting exists, or are there other solutions to grafting?

Common theory is that wines from own-rooted plants are higher-quality, but it remains to be seen if this is practical and productive. Politics and personal credos come into play here, a difficult combination to master. Let's keep tasting our way through wine's history, and with each sip, remember all the work and struggle behind each bottle that we enjoy.  This makes each glass sweeter and more special when you think about the battles behind the scenes of crafting and creating wonderful wines.

If you, like us, are thankful that Phylloxera hasn't done a total number on modern wine production, and need to know what to pair that glorious Chianti with, be sure to head over to the Mamablip Recipe index for lots of great food and wine ideas.  And if you don't know much about Chianti, check out Filippo Bartolotta's in-depth look here - a wine not to be missed!