The Story Behind the Origin of Tortellini Pasta

What are tortellini? Tortellini are a typical pasta dish from Emilia-Romagna and one of Italy’s most famous and beloved filled egg-pasta. Discover how to make them at home

History and recipe of Tortellino

What is stuffed pasta?

When we say filled pasta, we’re using this expression to describe any number of specific pasta shapes. Typically these pasta shapes are made with fresh dough, and are filled with a variety of stuffings (meat, vegetables, mushrooms, eggs, cheese, etc.).

What is the difference between cappelletti and tortellini? 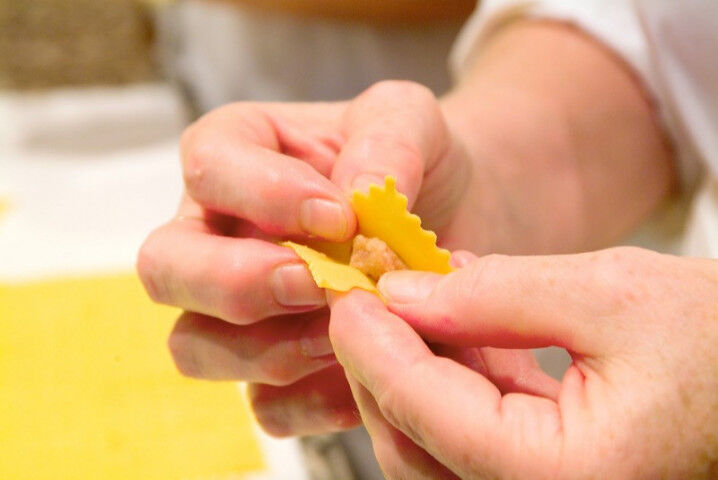 A critical part of the Italian gastronomic landscape since the 16th century, this term can actually be applied to the entire field of filled pasta as a kind of overarching general title for this type of classic Italian pasta selection. Thanks to the ambition of 16th century Italian court chefs, the popularity of Raviolo dishes spread out throughout the country from their initial base in the courts of Milan and Mantua.

While the Northern areas tended to continue favoring a classic meat stuffing, as the dishes gained popularity in the warmer, Southern regions, the fillings were modified to suit local tastes.

As the Raviolo became more popular in the Southern regions, particularly towards the 19th century, the pasta became popular as a rich, specialty dish served occasionally. The stuffing took on local preferences, with regional cheeses and vegetables taking palates by storm and becoming the more popular fillings. 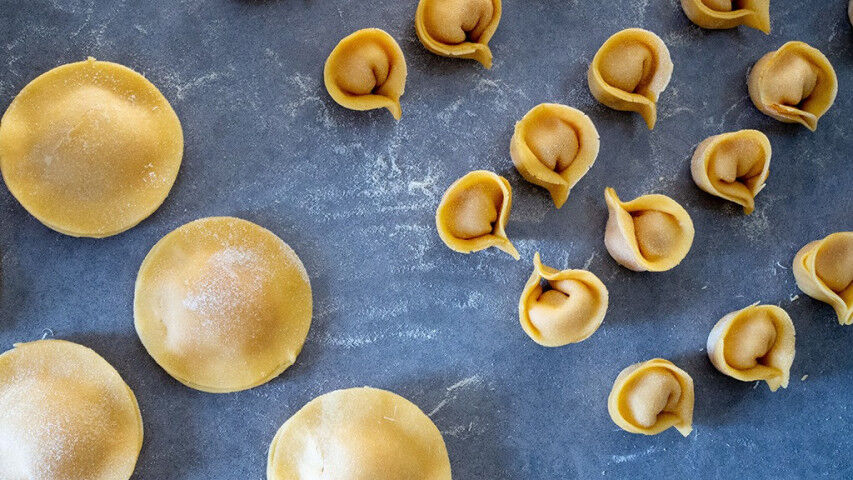 The 20th century brought about the definite twilight for the raviolo-agnolotto-tortello form without exterior pasta dough, as today all the variants are enclosed by a thin layer of pasta.

The ensuing shapes are as diverse as the imagination allows: square or rectangular, triangular or semi-circular.  The shapes can be cut with a pasta wheel, or pinched closed with the chef’s fingers. Shapes can be obtained using a toothed pasta mold, or can be sealed with ends of the shapes that come together and can be closed with a spike or twisted like a candy wrapper.

Each area with its own raviolo specialty will also feature a speciality closure of the dough, and in a country with such strong emphasis on regional cooking, this individuality is not surprising. 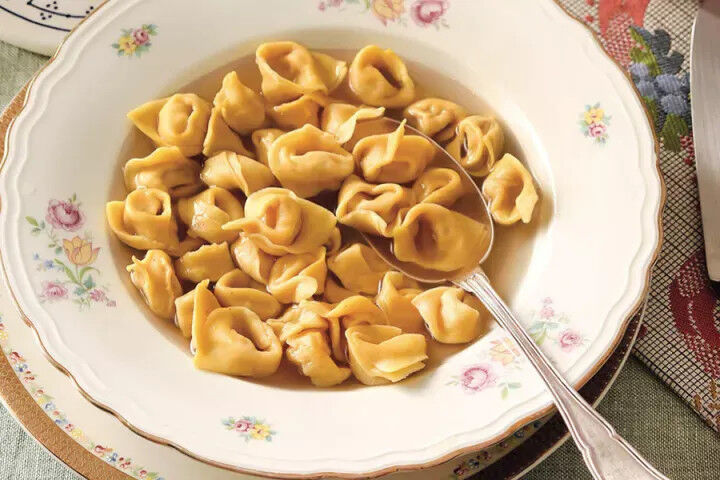 A classic Tortello refers to a simple filling covered by discs of pasta dough that meet at the borders of the filling, just like traditional pies baked in crusts. The big difference between Tortello and the pies served at groaning Medieval banquet tables is size - the sweet or savory pies were typically large and sumptuous.

Where did tortellini originate?

Tortellini as we know them today, represent the most famous of Italian stuffed pasta. The finest version of this pasta is a hotly-contested match-up between the bustling Emilia-Romagnan cities of Bologna and Modena.

Why are they called tortellini?

A small, graceful fold resulting in a classically elegant shape: popular credo suggests that the shape of this comely pasta in fact was construed as an imitation and nod to Venus’ navel. 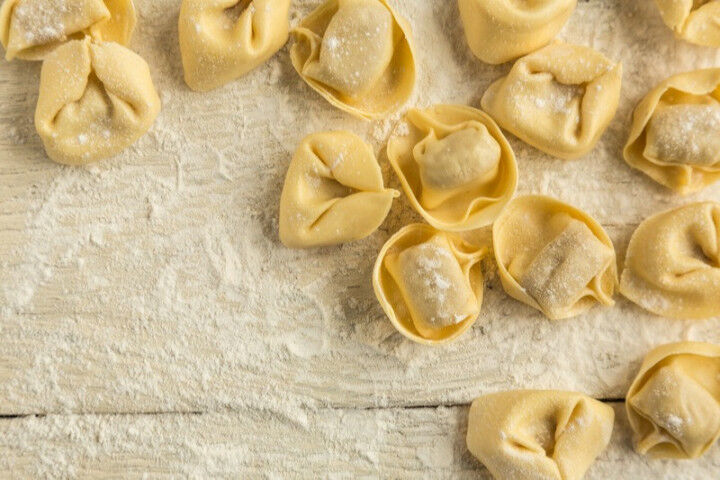 When was the tortellini invented?

The origins of the Tortellini pasta do date back to Medieval origins. The term first appeared in a text in Bologna in a document dating back to 1289. Regardless of the shape’s long history, the pasta experienced a boom in popularity between the 19th and 20th centuries.

This timeframe in fact coincides with the expansion of local manufacturing and industrial developments of cities in general. The world’s most popular Tortellini sauces, cream and meat-based, are relatively recent methods of preparation dating back to the decades of the 50s and 60s of this century. Traditional tortellini preparations involve serving the pasta in a bowl of broth, so a notable diversion from the popular sauces of today’s culinary preferences. 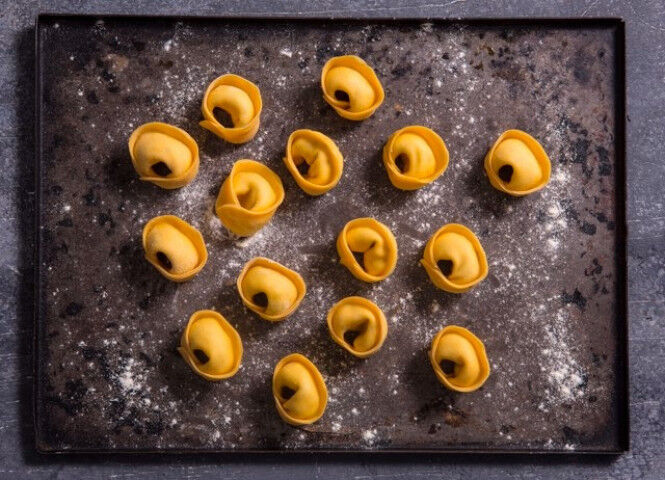 What is the best way to cook tortellini?

The most traditional preparations of Tortellini include the use of beef and capon broth when the pasta is served. Other broths used are beef or chicken broth, but the ultimate criteria is that the broth serving must be abundant.

Tortellini must be boiled and cooked in broth, even when the ultimate final dish involves “dry” tortellini, or tortellini served with another dressing aside from their broth base.

A popular condiment is Ragù alla Bolognese, a rich sauce made with minced or finely chopped meat (generally a combination of beef and pork) and simmered slowly with tomato puree. 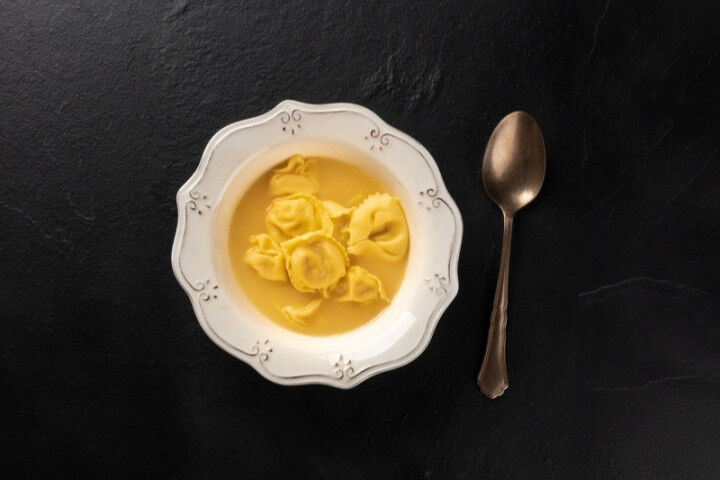 What are the ingredients of Tortellino in broth?

For the pasta dough:

For the meat broth:

► Read the recipe for tortellini in broth 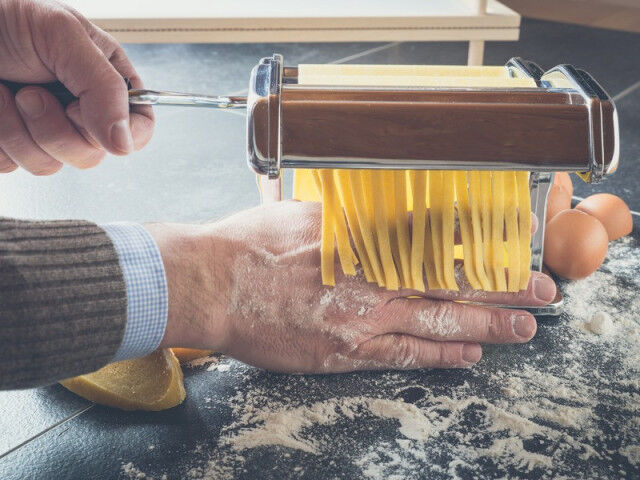 Where to eat the "real" tortellino in brodo?

A concentration of knowledge and traditions, exemplary cuisine in great balance on local raw materials.

What wines to pair with Tortellino?

When do you eat tortellini?