How the soils of Northern Piedmont distinguish the area’s wines. Learn more about Piedmont’s northern area wines to find some new favorites. 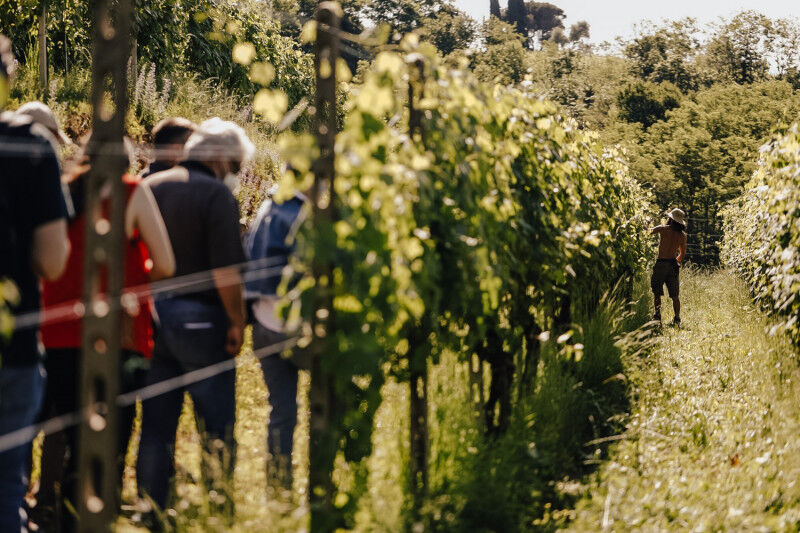 ALTO PIEMONTE IS THE OTHER PIEDMONT: HERE'S WHY

Following the philosophy of the Consortium of Alto Piemonte, the term Nebbiolo should in reality be plural.  We can easily understand this perspective right after a few tastings, focusing on the labels produced by the four different provinces of the Alto Piemonte area.

The names of the grape varietals themselves change place-to-place, transforming from Spanna to Prunent, but the real game-changer is due to soil variations.  Not by chance, the Alto Piemonte region is a fascinating study for geology enthusiasts.

Already curious on some other Piedmont wines?  Check out Roero: a great pleasure trip between wine and nature for a little more info!

Indeed, we find comparison by rote between these wines of little use, possibly even misleading in its results.

One guiding geological feature in Alto Piemonte affecting area wines is Monte Rosa.  While Monte Rosa is a major player, it’s not the only element affecting changes on the local wines.

From Biella to Novara, the succession of hills which historically delineated the borders and edges of the Monte Rosa glacier also have a role in the wine production of the area.

Have you heard about the Piedmont’s Ruché grapes?  If not, you’re not alone!  Read Ruché of Castagnole Monferrato: Piedmont's Outsider Grape and get educated!

Wines crafted in these districts are almost always identified and named after the region where their production areas are to be found.

Starting in Biella, we can find Lessona and Bramaterra.  In Vercelli, we find Gattinara.  Heading past the Sesia River, in Novara, we find Ghemme, Boca, Faro, and Sizzano.  Last but not least, we find wider denominations that require the identification of the grape variety - these include the Coste della Sesia, the Colline Novaresi and the Valli Ossolane.

WINES OF FIRE AND WATER

In Alto Piemonte, we can find one side bearing the remains of a glacier, and on the other side, reflecting the geologic memories of a fossil volcano.

The wines produced here are affected by both of these natural extreme conditions, mirroring the effects of both water and fire.  In between these two polar opposites, we can find an immense soil variation, with even just a few hundred meters enough to produce variations reflected in the grapes grown here.

What to make with these wines?  Mamablip’s got some traditional Piemontese recipes - get started with Panna Cotta - Classic Italian Dessert Recipe.

In Lessona, we can find soft marine sands, whereas Bramaterra reflects a calcareous presence.  Gattinara boasts a volcanic soil, and the Boca district instead is settled with red porphyry, while Ghemme exhibits magnificent tuffs.  And this is why we can talk about the Nebbioli phenomena and not just Nebbiolo as a singular genre.

The Valsesia super-Volcano instead is a sheer gift of nature, and an unique geological structure found starting in the Balmuccia municipality and heading as far as Prato Sesia.

This volcano was active 290 million years ago, erupting with such force that even the atmosphere was affected by its output, and the global climate was invariably affected by its activity.

The eruptions from the Valsesia volcano led the creation of an immense caldera (i.e., a large rounded hollow forming after a volcano releases its magma contents), with a diameter measuring several kilometers across.  After a good 10 millions years of activity, the super-volcano entered a phase of inactivity, ultimately collapsing on itself.

When the African and European continents collided approximately 60 million years ago, the Alpine mountain chain was formed.  In correspondence with Valsesia, the churning up of the earth’s crust brought the deepest parts of the earth’s mantle to the surface.  Thanks to this structural change, the magmatic apparatus once up to 25km underneath the earth’s surface is now fully exposed, allowing us to admire and study parts that heretofore have always been inaccessible.

The watery part of the region can be found in the eastern area, where the lands of Novara are composed of pebbles of glacial origins transported by the river itself.

The further retreat of the glaciers has brought about a series of local moraines creating a natural connection between the mountain and the plain.

With such a rich, fascinating geological territory, the direct impact on viticulture is easy to imagine.  Where does it all begin?  A good starting point is the land’s pH levels.

One common feature of the soils of Alto Piemonte is an acidic composition, in the case of the Boca area, the soil reaches a level of 2.85 (just for comparison’s sake, the pH of vinegar is 2.9).

If we wanted to generalise just a bit, we could say that the Alto Piemonte wines are typically characterized by a healthy minerality present in the nose, and by an accentuated sapidity best revealed on the palate.

The wines’ acidic matrix is certainly a trademark of the wines from this area, and the perfect combination of acidity, minerality and sapidity ensures the wines are quite enjoyable even after many years of proper storage.

Get even more comfortable with the cuisine of Piedmont by signing up for a Live Class today - craft your very own Agnolotti with the Mamablip chefs!

The visual impact of the Val d’Ossola’s vineyards create an irrefutable message:  here we must recognize the area’s mountainous impact on viticulture.  We’ll focus primarily on Prünent, the local term for Nebbiolo.

This ancient local viticulture has lost ground not so much due the phylloxera plague, but more so thanks to the slow decline in population of the area.  The human touch and the grapes’ need for human care has taken second place to the concept of a more modern, city-focused existence appealing to recent generations.

The proximity of Switzerland is visible not just on a map, but also from the area’s immaculate architecture and the population’s reliance on dairy products from a dietary angle, particularly in the Val Formazza area.

From the geological perspective, the shadow of the dormant volcano is no longer felt, and the soil is filled instead with granites and gneisses.

This soil releases a less aggressive acidity.  This has led the local Prunent to bear more semblance to the Chiavennasca area in Valtellina’s wines than to those of Piedmont’s Nebbiolo selections.

Ancient writings dating back to 1309 attest to the presence of this rare grape clone in the area.  The vine is closely associated with the village of Trontano (VB).

Here we can find Toppia, an ancient pergola-style of construction that has allowed the survival of ancient free-standing vines.  We can find these vines at 300-500 meters above sea level, on terraces so minute that we can find tens if not hundreds of different owners of these tiny plots.

The Associazione Produttori Agricoli Ossolani was inaugurated in the mid 1990s, in order to protect the area’s ampelographic heritage.  Also safeguarded was and is the area’s viticultural knowledge that risked disappearing thanks to the excessive fragmentation of this land. 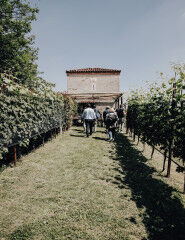 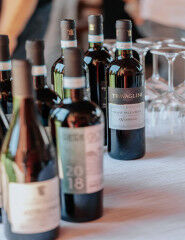 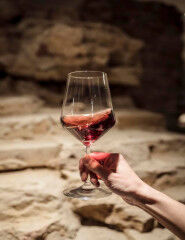