What is Teroldego Wine? A variety of red grapes that are grown in the Trentino, Italy

Teroldego is a red grape mostly grown in the Trentino area. The name Teroldego means “the little sour one” because it is often compared to another grape, Vinci Prosecco which is known for its delicate flavor. Teroldego has been called the “Champagne of the Alps” because it can be used as an alternative to Champagne when making sparkling wine. 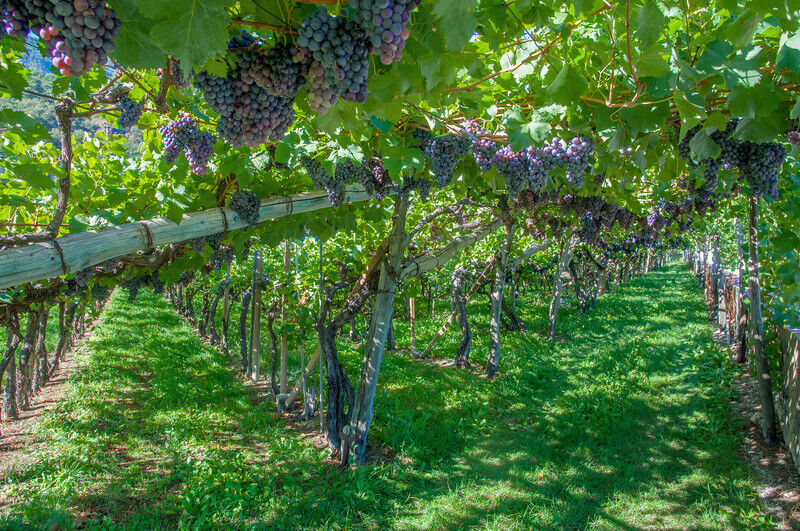 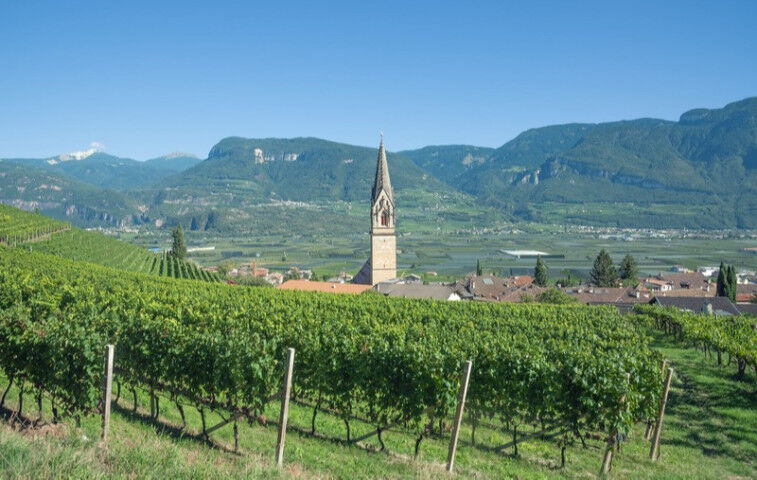 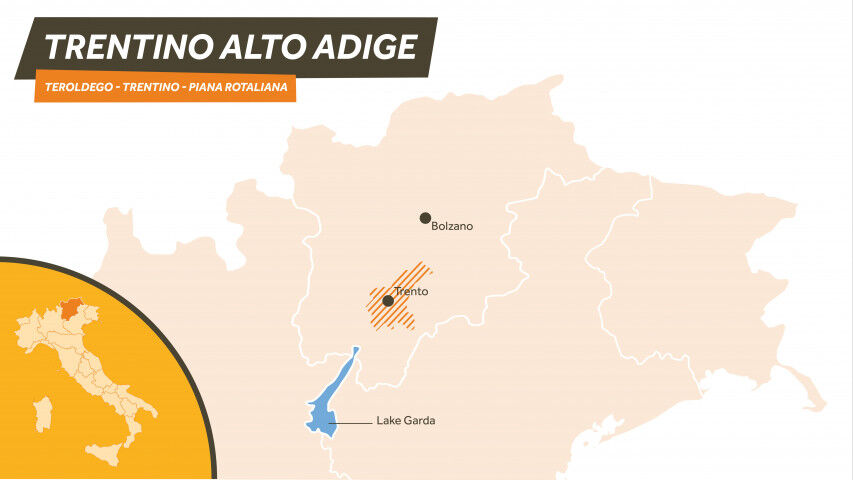 Teroldego is famous for its deep, dark ruby color. It displays flavors and aromas of red cherry, black fruit, ink, herbs, and when mature, hints of tar.
Tannins are soft and acidity is medium to high.

What type of wine is Teroldego?

What to pair with Teroldego?

When pairing red or rosé Teroldego with food, it’s important to keep its fruity, herbaceous character, and bright acidity in mind. We hope the following suggestions will inspire you! 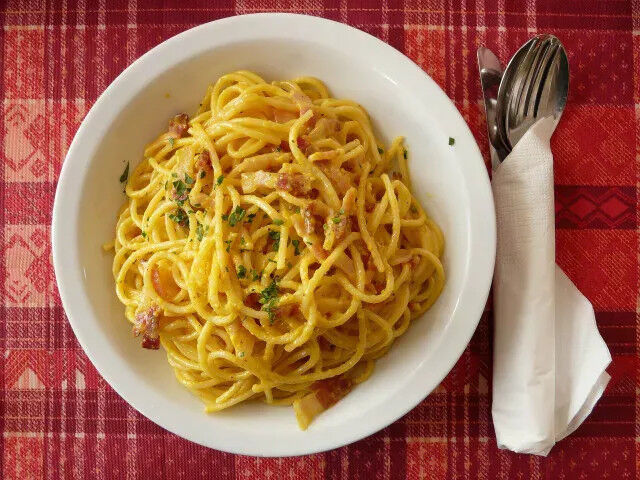 A tip we have to share is both red and rosé Teroldego is ideal with anything with bacon across all courses because it cuts through the fat. 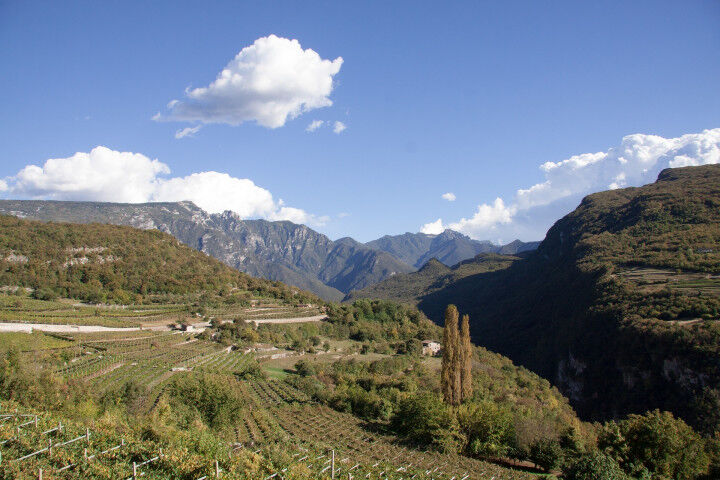 What are the main Teroldego regions of Italy?

The most prominent appellation for Teroldego is the aforementioned Teroldego Rotaliano DOC in Trentino-Alto Adige.
On average, 373,900 cases are produced annually. 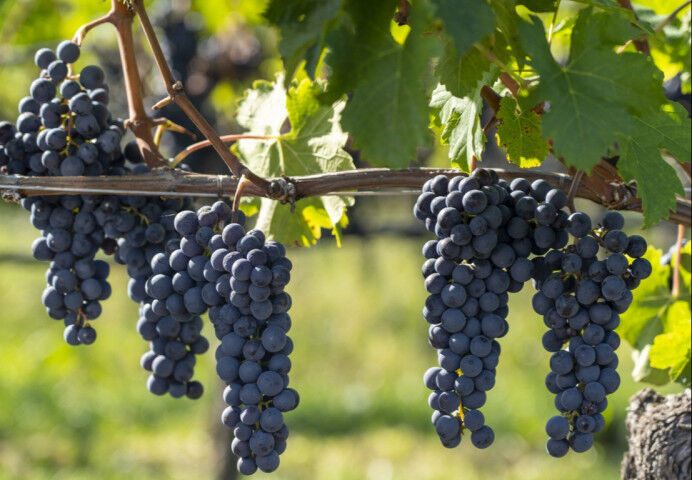 What is the origin of Teroldego?

Teroldego is a very old grape variety and in the prime Rotaliano site, it’s been a favored grape since ancient times.

Researchers have uncovered an interesting family tree: Teroldego is a parent of Lagrein and a sibling of the black Dureza grape from the Rhône-Alpes region which is one of Syrah’s parents. Teroldego is also related to Pinot Nero (Noir).

As far as its name is concerned, “Teroldego” may derive from its traditional system of trellising known as “tirelle”. Another name source could be a local German dialect (remember how close to Austria Trentino is!) for gold showing how highly this wine was prized – but this is regarded as more fanciful than the first theory.

Still another suggestion for its name is an adaptation from Tiroldola, another local ancient grape or simply that it was a kind of nickname based on its status as “wine gold” around 18th and 19th century Europe! The supposition doesn’t stop there. Documents from the 1400s found in a northern Italian village named Teroldege mention the sale of wine made from Teroldego.

The fact that there are so many tales around this indigenous cultivar’s name speaks of how admired it has been over the centuries and how highly esteemed it remains today. 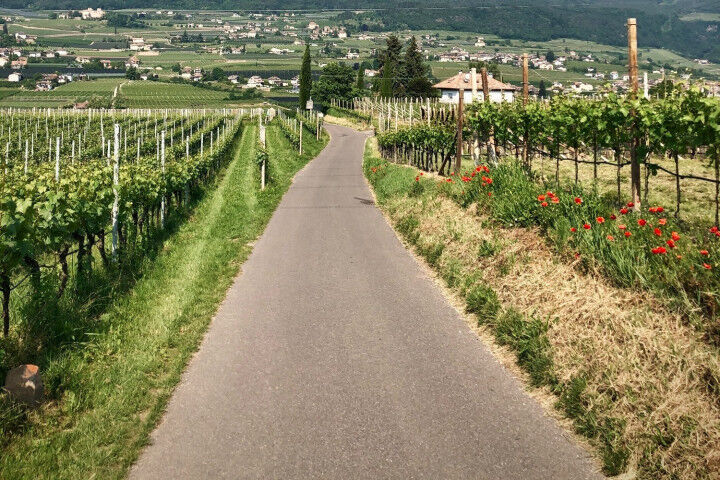 How is Teroldego made?

Dry, still red Teroldego undergoes standard winemaking techniques whether it’s a blend or a varietal. It’s fermented to a minimum of 11.5% alcohol.

Dry still rosé Teroldego can be made in a range of ways including light pressing followed by fermentation off skins or various gentle maceration techniques. Steel is generally preferred over oak as this preserves the fruity purity that is a hallmark of rosé wines.

When this classification of wine is aged for two years before release, it is in the “Superiore Riserva” category. For the top-tier wines, vintners use barriques and larger barrels so that oak influence is refined rather than pronounced. This allows the fruit character to shine through. 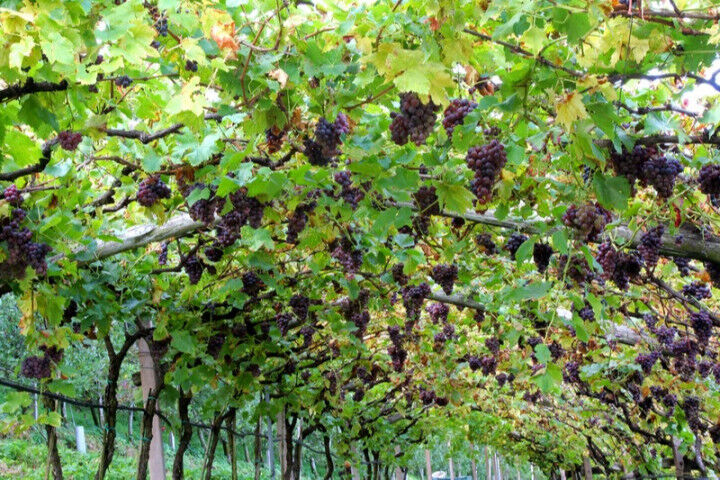 What kind of wine is similar to Teroldego?