Cabernet Sauvignon and Merlot are two wines that share many similarities but are also very different. Let's compare these two popular types of wine 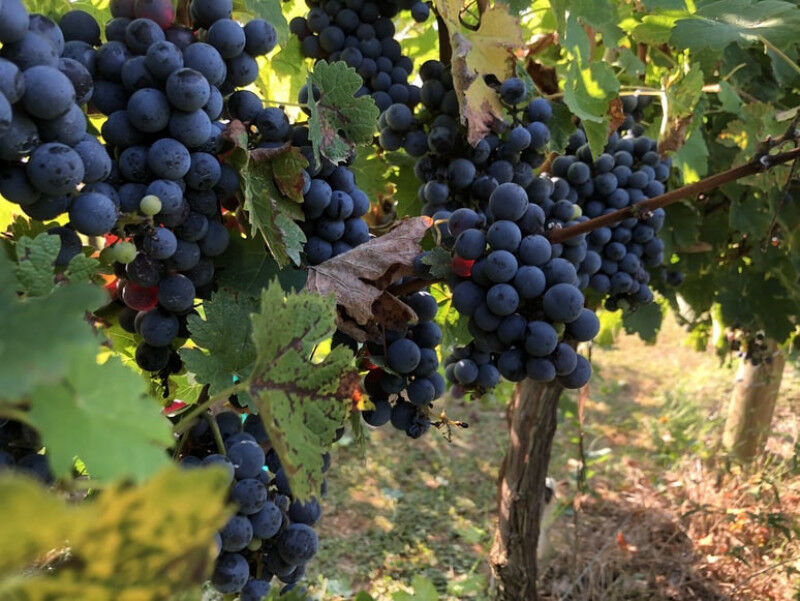 Cabernet Sauvignon and Merlot are two of the most widely planted black grapes in the world. Each thrives in different soils, but they’re frequently found close together. The Bordeaux region of France is famous for its Cabernet Sauvignon-Merlot blends, a style that has inspired winemakers around the globe. In Italy, these two iconic grapes are blended with local varieties and are also made into powerful varietal wines.

Cabernet Sauvignon is one of the most popular red grapes, appearing in varietal wines and blends in many major wine regions where it adds structure and tannins.

Its concentrated black fruit, powerful structure, and ability to age make it one of the top grapes grown worldwide. In France, its home is Bordeaux and it’s also cultivated in the Languedoc. Around the world, premium areas include Tuscany in Italy, Napa Valley in California, Stellenbosch in South Africa, Hawke’s Bay in New Zealand, Coonawarra and Margaret River in Australia, and Colchagua Valley in Chile. Its robust character, attractive flavors, and aging potential mean Cabernet Sauvignon is known for producing top-tier wines that command high prices.

Merlot is close to Cabernet Sauvignon in terms of volume of plantings. This is because of its fruity, lush versatility and ability to make popular varietal wines and add softness and body to blends.

It’s widely planted in warm areas of the New World where it flourishes for the production of an easy-drinking style and it’s also a very food-friendly wine. However, popularity and flexibility don’t mean Merlot is a grape without character. On the contrary, it’s essential for some of the most renowned and costly blends in the world from Bordeaux and in many wine regions internationally. 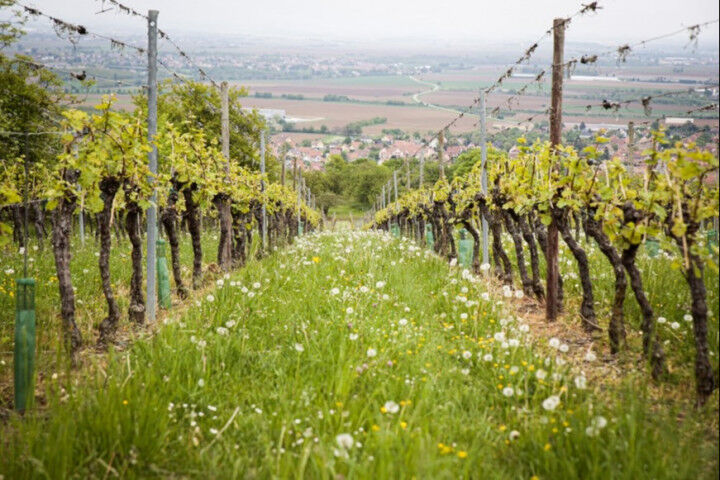 The home of Cabernet Sauvignon is the Left Bank in the French Bordeaux region. It’s a cross between Sauvignon Blanc and Cabernet Franc, both grapes that play a major role in winemaking in Bordeaux. like Cabernet Franc, it needs warm, well-drained soils.

Like Sauvignon Blanc, Cabernet Sauvignon has vegetal notes and if it fails to ripen properly, it can give unpleasant stalky flavors to wine so warmth is critical. Some of the most renowned and highest-priced wines in the world made from this grape come from Bordeaux. Some famous names associated with Left Bank Cabernet Sauvignon are the Margaux and Pauillac communes. These areas offer the stony, well-drained gravel soils that absorb and reflect the heat that Cabernet Sauvignon needs.

Winemakers love Cabernet Sauvignon which is why it’s so popular worldwide. While Bordeaux is the benchmark for the production of Cabernet Sauvignon, varietal wines and blends from this grape are made with great success in California, South Africa, New Zealand, Australia, and Chile.

Merlot was first recorded in Bordeaux in the 18th century. It’s said to have been named after a local blackbird because of its glossy, blue-black berries. In this wine region, it’s most famously associated with the Right Bank where the terroir suits its character and the Saint-Émilion and Pomerol communes are located. It’s also an important grape in the Côtes-de-Bordeaux appellation which is known for wines that offer great value for money. Merlot thrives in cool clay soils and features soft red and black fruit plus gentle tannins, medium acidity, and a rounded body. Merlot’s one of the stars in the renowned wines of Bordeaux where it’s the most widely planted grape.

Top-tier Merlots are also found as varietal wines and blends in Washington State, pockets of Chile, Stellenbosch in South Africa, Australia, and New Zealand. Easy-drinking Merlots from the second style are found across the Mediterranean South of France and warm New World wine regions. In Italy, Merlot is sometimes added to Chianti Classico to complement Sangiovese. It also appears as a varietal Super Tuscan wine in Bolgheri.

Cabernet Sauvignon is a cross between Sauvignon Blanc and Cabernet Franc. It’s a thick-skinned grape which is what gives it an intense color, concentrated flavor, and high tannins. It’s a late ripener which means it needs consistent warmth otherwise it will fail to ripen properly and give wine unpleasant herbaceous flavors. Cabernet Sauvignon needs a moderate to hot climate to ripen completely.

Merlot has an interesting “family” history. Its parents are Cabernet Franc and an obscure grape called Magdeleine Noire des Charentes. Researchers have also established links to Carménère, Cabernet Sauvignon, and Malbec. It’s a dark blue grape that buds and ripens early and it loves the cool clay soils of Bordeaux’s Right Bank where it thrives and produces some of its highest-quality wines. 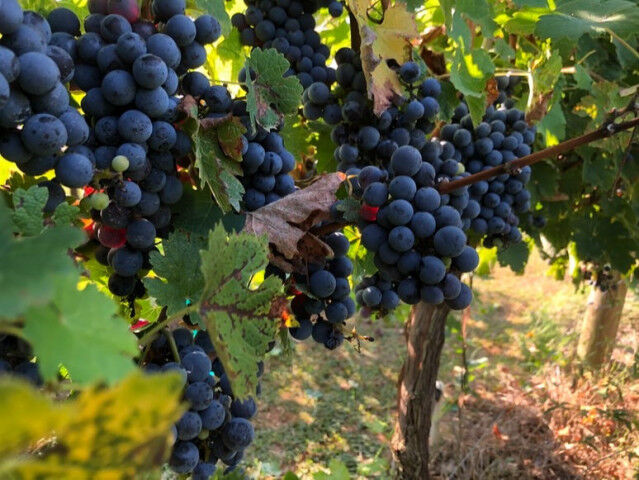 Cabernet Sauvignon has a core of blackcurrant and bramble and, because of its high tannins and acidity, makes full-bodied wines. Depending on the climate and soil where it’s grown, its flavors vary. In Bordeaux it’s lean and tannic, in Australia it can have eucalyptus and menthol notes, while in California it has rich cassis flavors. Generally speaking, the hotter the regions, the fruitier the Cabernet Sauvignon. As a robust red grape, it can stand up to oak in both the fermentation and maturation processes.

European oak gives it flavors of cedar and toast while American oak adds spice and vanilla. Cabernet Sauvignon has the components to age elegantly. After a few years in bottle, its black fruit deepens, its tannins mellow, and it displays notes of tobacco, earth, and leather. If Cabernet Sauvignon fails to ripen properly, it can give unpleasant stalky flavors to wine so warmth is critical.

The aromas and flavors of Merlot depend on where it’s produced. In moderate to warm regions like Bordeaux and the South of France, it displays red and black fruit like cherry and plum, a medium to full body, high acidity, and medium tannins. In hot regions like California’s and Chile’s Central Valleys, it has intense black fruit, gentle acidity, a medium to full body, and medium acidity. In the Mediterranean Tuscan coast, Merlot displays deep tannins, big fruit, and floral notes. Oak adds spice and coffee aromas and flavors. In the famous Left bank Bordeaux region, Merlot is the second grape in red wine blends dominated by Cabernet Sauvignon. Its soft black fruit and tannins add freshness and body to the wine.

In Bordeaux, it’s blended with Merlot while in Australia it goes with Shiraz, and in California, with Zinfandel. In Italy, it features in some of the famous Chianti blends where it adds body to the Sangiovese grape. It also appears in both blends and varietal wines from the Tuscan coast.
With the characteristics of varietal and blended Cabernet Sauvignon in mind, the following tips will help you pair it successfully:

Merlot is generally easier to pair with a wider range of foods than Cabernet Sauvignon because it has lower tannins and acidity as well as softer, fruitier aromas and flavors. There are two main styles of Merlot. The first is the very popular international style found mostly in the warmer regions of many New World countries. It’s achieved by harvesting the fruit as late as possible which leads to concentrated blackberry and plum aromas and flavors and velvety tannins. Higher-quality New World Merlots are usually oak-aged which adds spice, cedar, and sweet notes. The second style is mostly found in Bordeaux.

It’s achieved by harvesting grapes early for a lean, red-fruit expression with herbaceous notes, high acidity, and medium tannins. Oak contributes cedar and spice. When pairing Merlot, keep in mind it’s a juicy, mid-weight red wine with medium tannins and acidity. As with Cabernet Sauvignon avoid anything very sweet or spicy. This highlights astringency and acidity, while dulling body and flavors.
With the characteristics of varietal and blended Merlot in mind, the following tips will help you pair it successfully: 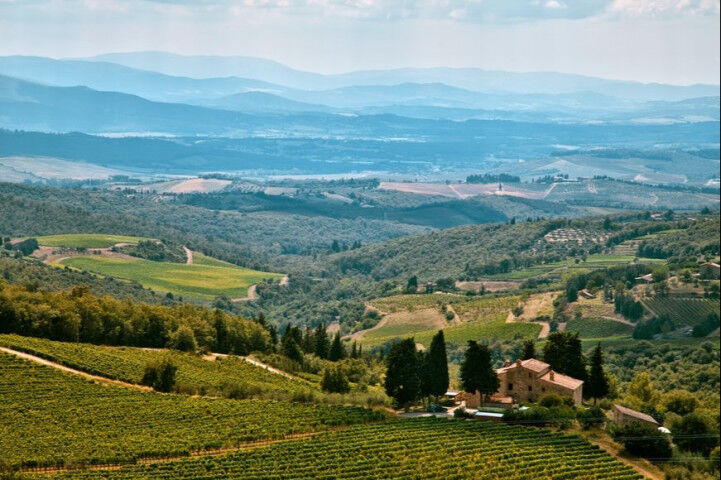